Age of Sigmar: Broken Realms Be’lakor Shockers. You Won’t Believe Who Shows Up! 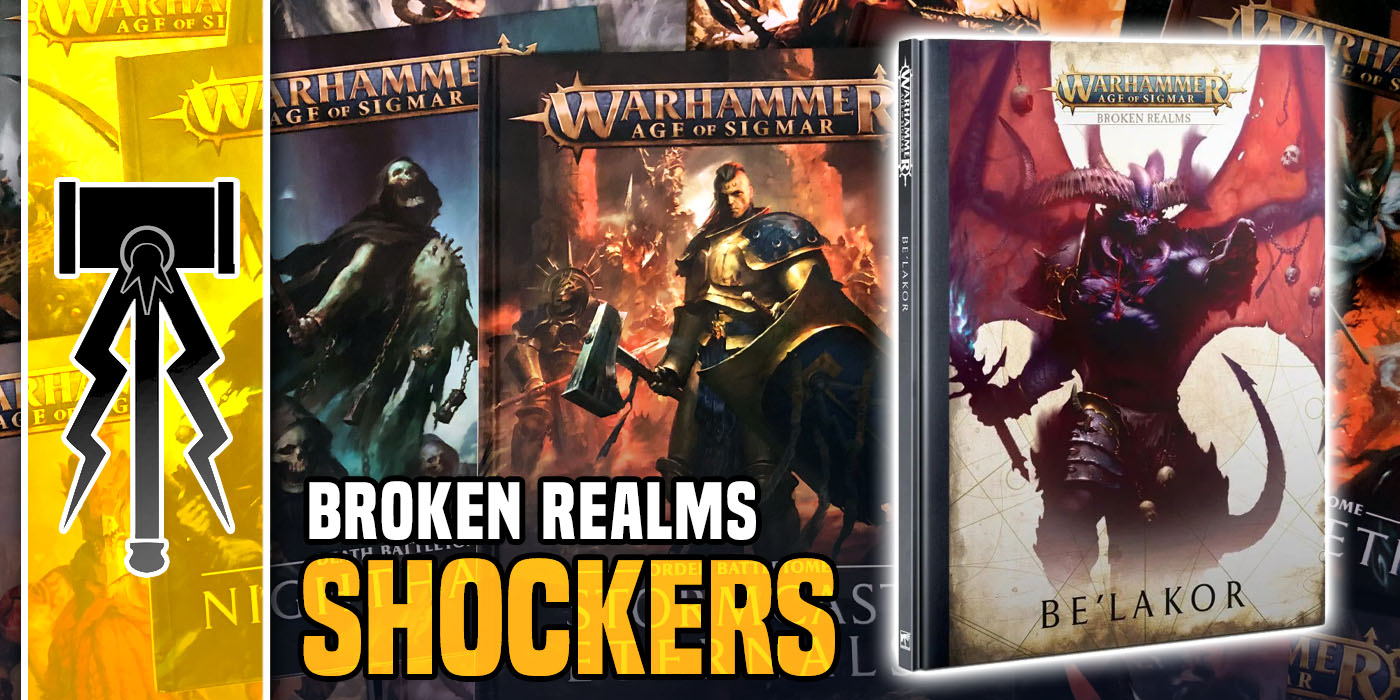 The Broken Realms saga continues and Be’lakor isn’t even the biggest shock in the story! Take a look.

Broken Realms: Be’lakor is upon us and it picks up the tale after the events of Teclis. 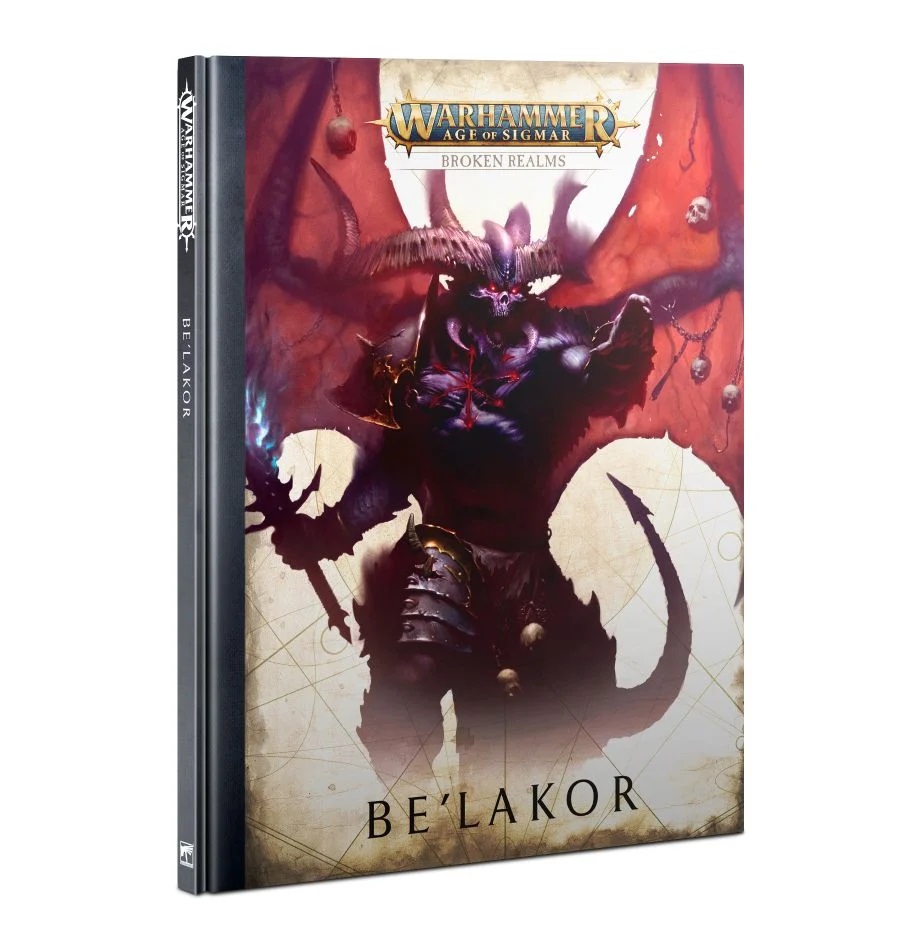 Nagash has been defeated and sent back to Shyish to consider his next move (hint, it’s revenge). But the opening act picks up on the events of Morathi. It’s the Seraphon and Lord Kroak who notice something is amiss with the Realmgames that tie together the Mortal Realms, and in particular Archaon’s attempts to destroy or corrupt them with varanite that is a danger that cannot stand.

Kroak notes that the Realmgate’s true place in the celestial order is significant and much greater than acting as mere portals as the mortal races understand them. If enough Realmgates are destroyed the entire world will be unraveled with them, and thus it’s time to act! 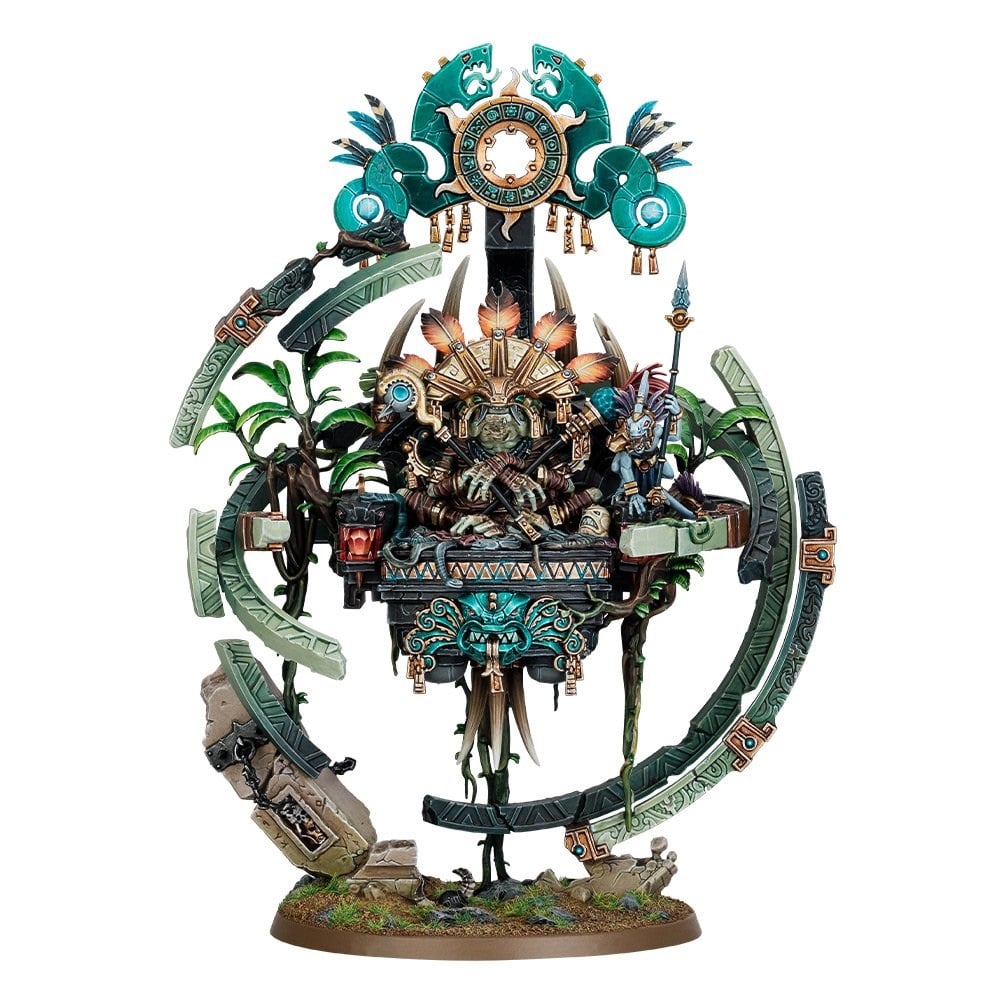 Against the Eater of Tomes

Archaon’s greatest Gaunt Summoner, the Eater of Tomes is responsible for the varanite research – in effect his chief scientist and resides in a mighty Silver Tower in the All-points. Kroak orders an invasion of them directly to flush the Silver Tower out. Along the invasion route, they say hi-bye to some beleaguered Stormcasts fleeing to safety, get stuck in at the Silver Tower itself and get the Eater of Tomes worried enough that he pulls the entire thing out of the ground and ascends into the void…

Where Kroak is waiting with an entire fleet of Seraphon Spacecraft-ziggurats (remember all the ziggurats ascending out of Lustria and into the void at the end of THE END  TIMES. Probably some of those!  The Silver Tower is boarded, disabled, crashes into Chamon, and is surrounded.  In no time, the Seraphon bring out a mighty concentration of Engines of the Gods, align all those beams DeathStar style and detonate the Silver Tower. 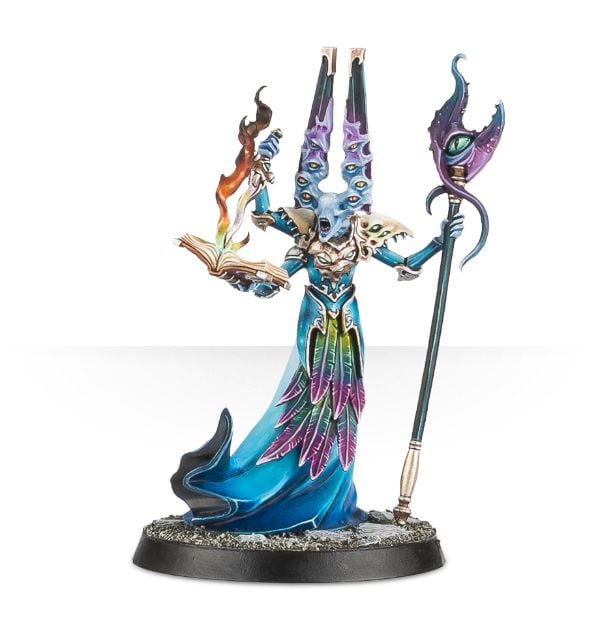 I mean DETONATE! – Its explosion leaves a ONE THOUSAND MILE diameter crater, burns out myriad Realmgates, and vaporized anything in the vicinity, including cities. All acceptable losses for Load Kroak in exchange for such a mighty blow to the forces of Tzeentch.

An explosion that large will be noted in Chamon, and the Overlords try to understand what happened.  A particular wizened Arkanaut named Gromthi convinces his captain to set sail for the blast site. Where there is Strife, there is Profit! 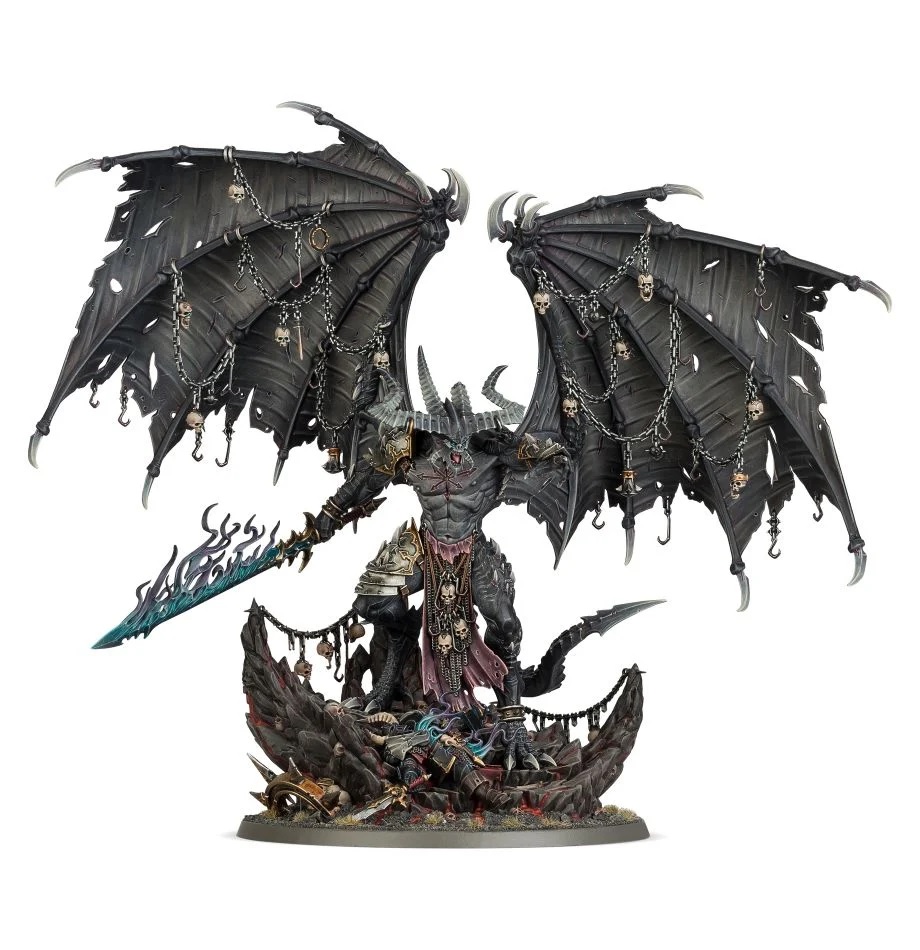 Be’lakor gets some background love in the book. We find out that despite his being the first Deamon Prince he has been cast aside by the Ruinous Powers in favor of a series of mortal Everchosen who do their will. The latest of which is Archaon. Not only that but Be’lakor is required to ritually crown each successive Everchosen with the Crown of Damnation, knowing he will never wear it himself.

As you can imagine… this is irritating. Thus Be’lakor is almost a reimagined aspect of Malal, an immortal chaos power dedicated to undermining the Everchosen who he despises, and always working in how own self-interest, even if it is at odds with the advancement of Chaos.  His current plan is to cause a series of chain reactions, initiated by the Silver Tower’s demise to overload all the Realmgates at once, turning them into warp tears in reality and allowing unnumbered deamons to spill forth into the Mortal Realms. A pleasant side effect is the severing of the Stormcast Eternals ability to return to Azyr, making permanent death possible. 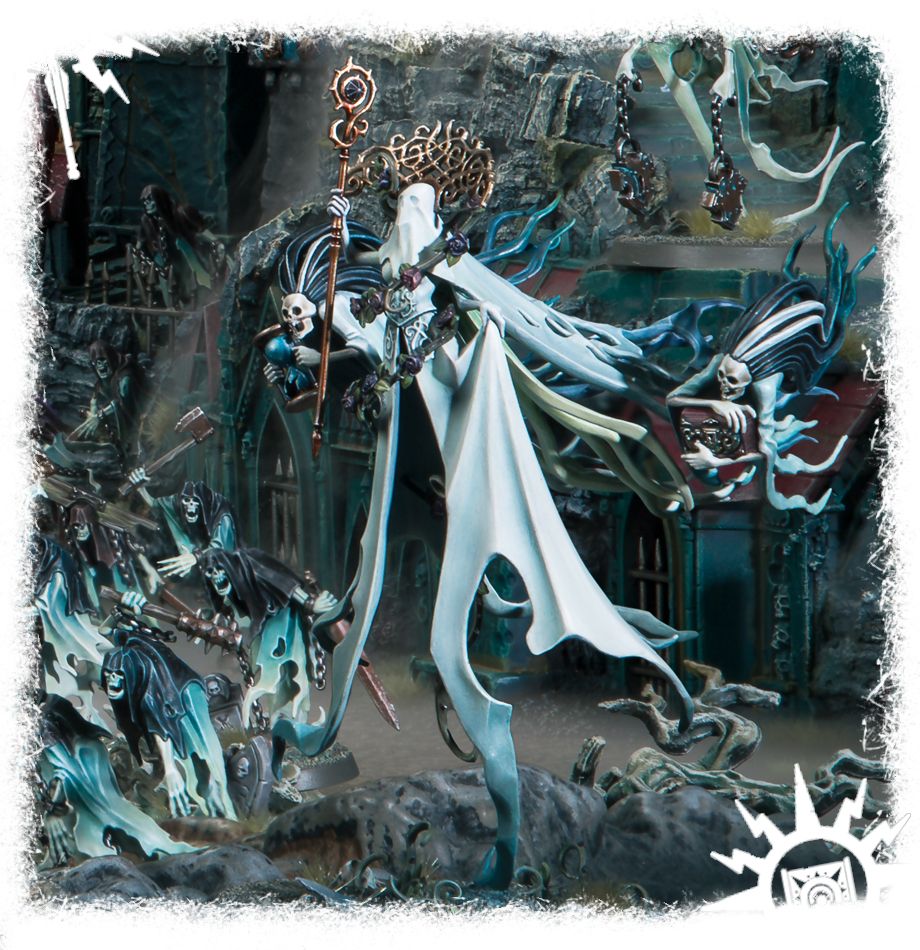 What Archaon does to bind together factions of Chaos, the Dark Master does to more distant foes, twisting them into allies, if only for a while. First Be’lakor strikes at the hidden mortal remains of Lady Olynder, her only true weakness and barters an alliance in exchange for her life. Her Nighthaunt will strike far and wide at towns and outposts to distract the forces of Order, while Be’lakor’s daemonic hordes strike at the Realmgates.

He cuts a deal with all manner of Greater Daemons to lead attacks on key Realmgates to further weaken then network, and lure forth his hated opponents the Stormcast Eternals. At last at the Realmgate of the Gate of White gold in Chamon, his plan pays off. An entire Chamber of Stomrcasts under the command of Lord Celestant Diocis of the Sigmarite Brotherhood takes the bait and arrives to defend the gate. 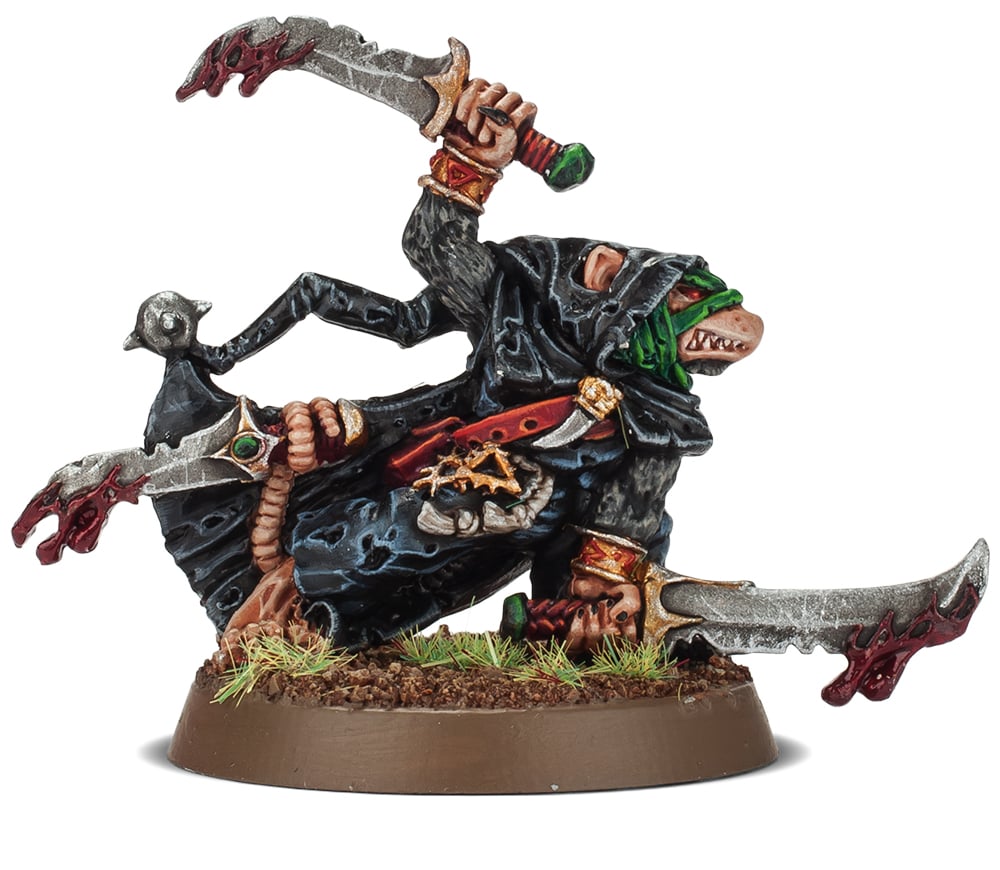 As the battle rages, in a distant realm, Clan Eshin assassins paid off by the Dark Master (see, he cuts a good deal) penetrate a second Silver Tower and cripple it with a warpstone bomb, setting off a second chain reaction through the entire Realmgate network. Unfortunately, this destroys the Gate of White Gold, trapping the Sigmarite Brotherhood from reforging. As Be’lakor smiles, his daemonic legion destroys an entire Chamber of Stormcasts to a man – killed eternally. 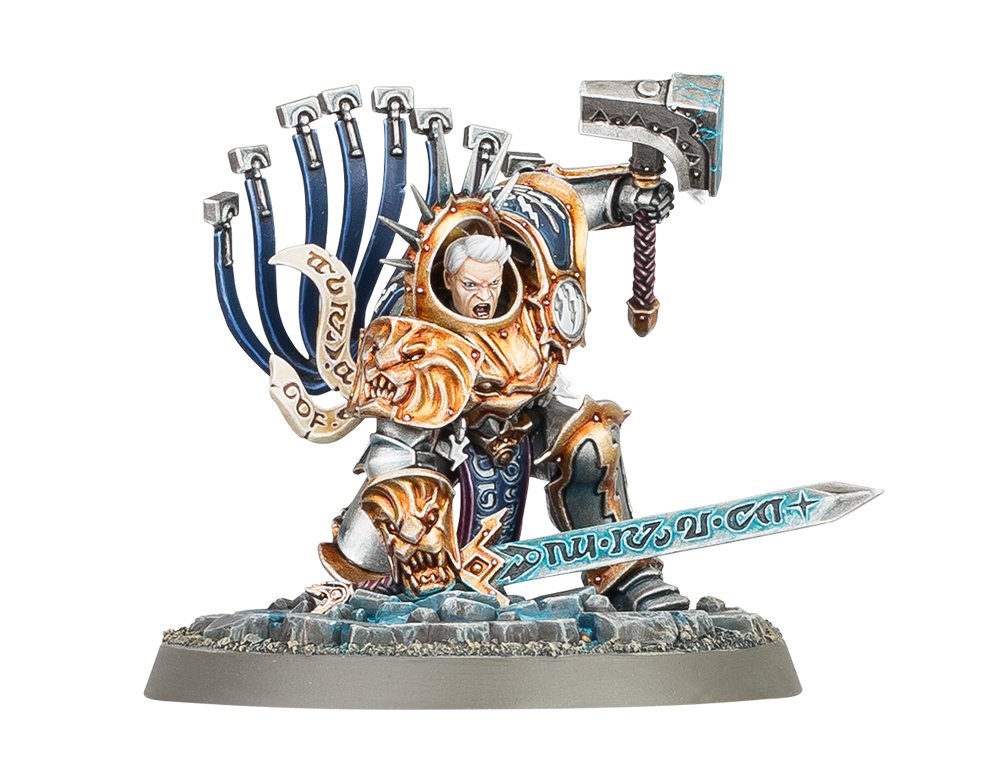 YOU SHALL maybe PASS!

With his plan proceeding, the Dark Master marches on nearby Vindicarum in Chamon to complete his ritual and earn his place in the pantheon of Chaos. In the skies above, the Kharadon hold a grand conclave to decide whether to intervene or leave Vindicarum to its fate. As squabbling ripples through the gathering, the aged Arkanaut Gromthi raised a fist and noted the winds of chaos were blowing a concentration of Aether-gold towards Vindicarum in such force it would be the treasure of all of Chamon…

Gardus Steel Soul and his Hallowed Knights Stormcasts defended the city and gave as good as they received from the legions of Be’lakor. But as they stemmed the tide of Daemons, a force of Tzeentch with special information from Be’lakor set off the city’s arsenal and blasted a hole in its walls.  Be’lakor, at last, joins the fray with the city open to invasion.

Gardus and Be’lakor meet in single combat surrounded on all sides by Hallowed Knights falling for eternity. As the killing blow is about to fall, a bolt from the blue light up the sky. 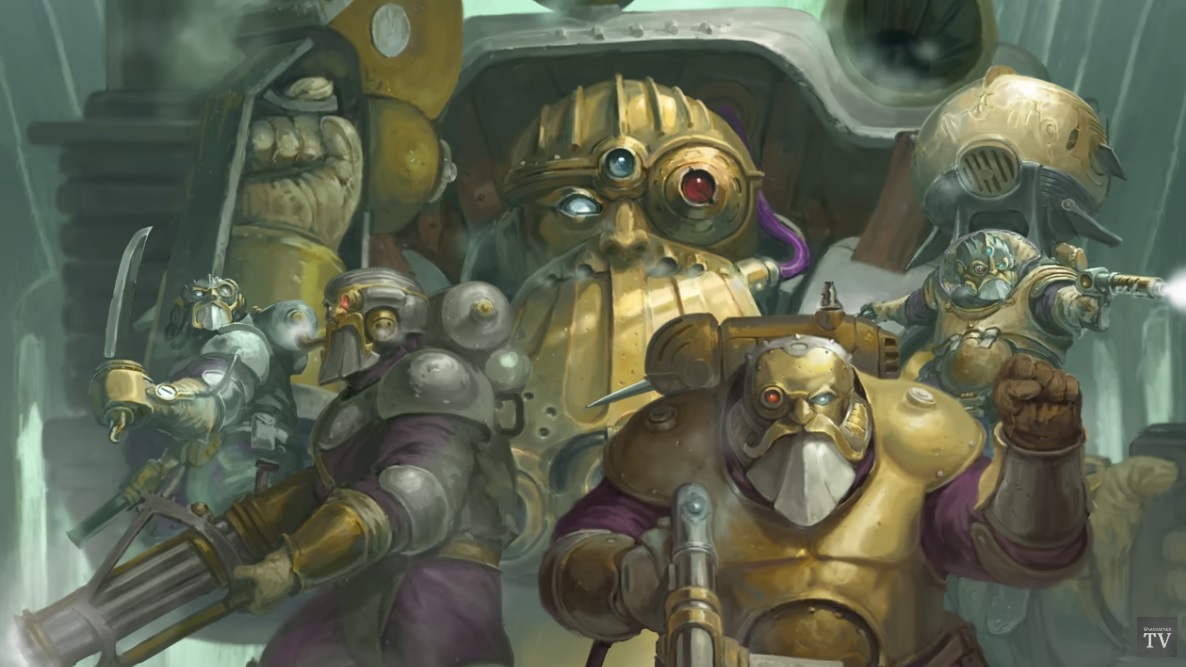 The Kharadon Overlords unified into a single mighty armada and have decided to intervene. Pinpoint gunnery blows Be’lakor’s army to shreds and in a rage seeing his plans in tatters he attacks the lead ship of the Kharadon Armada. Tearing the vessel to piecesm Be’lakor comes face to face with the ancient Gromthi, who stands tall holding a “hammer narrowed at one end like a miners pick”. The Arkanuat has a long white beard, and upon seeing him – Be’lakor RECOGNIZES his foe and FLEES!

The Dark Master later muses he instantly recognized the “true nature of the Duardin whitebeard underneath his crude disguise” and had to flee in the face of “a power long thought lost suddenly return to the realms” Gromthi has a few parting words of wisdom with the Kharadon and is gone in the blink of an eye.

~I’m not saying it’s Grombrindal, aka THE White Dwarf… but it’s totally Grombrindal. Who do you think it is? 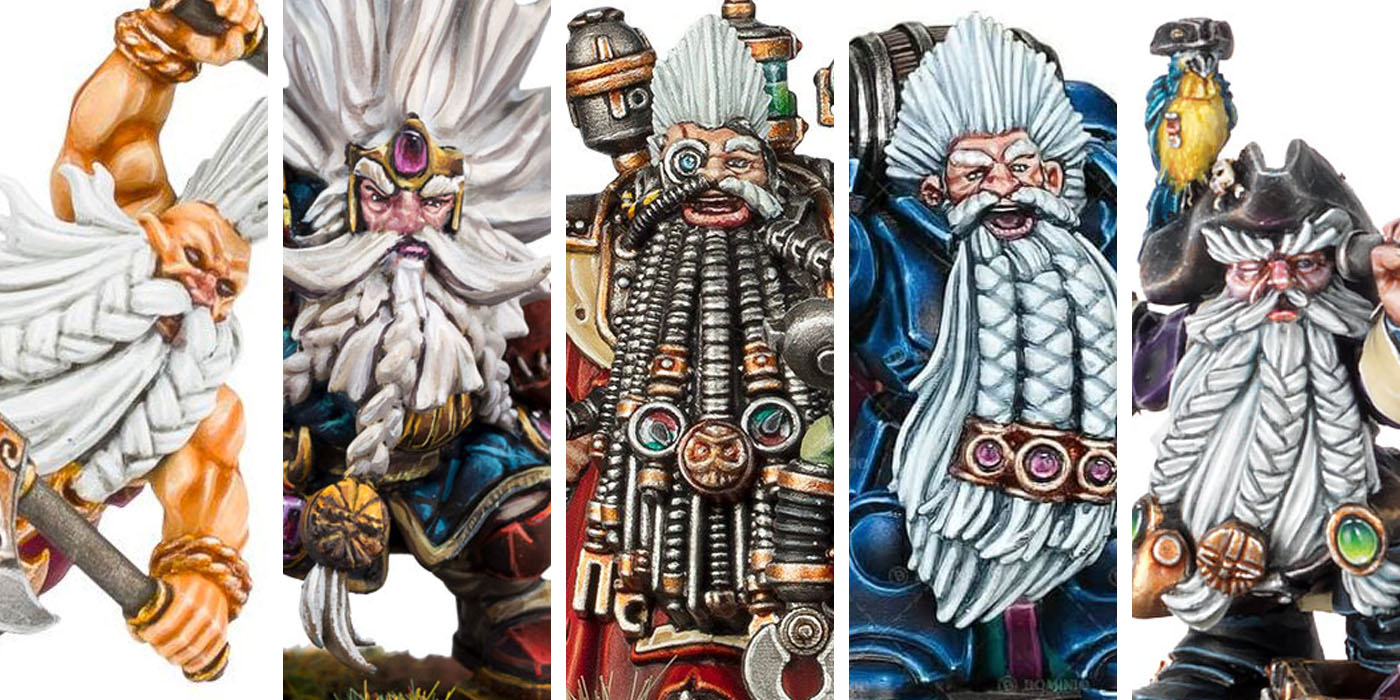