Star Wars Armada: The Five Best Squadrons In The Game 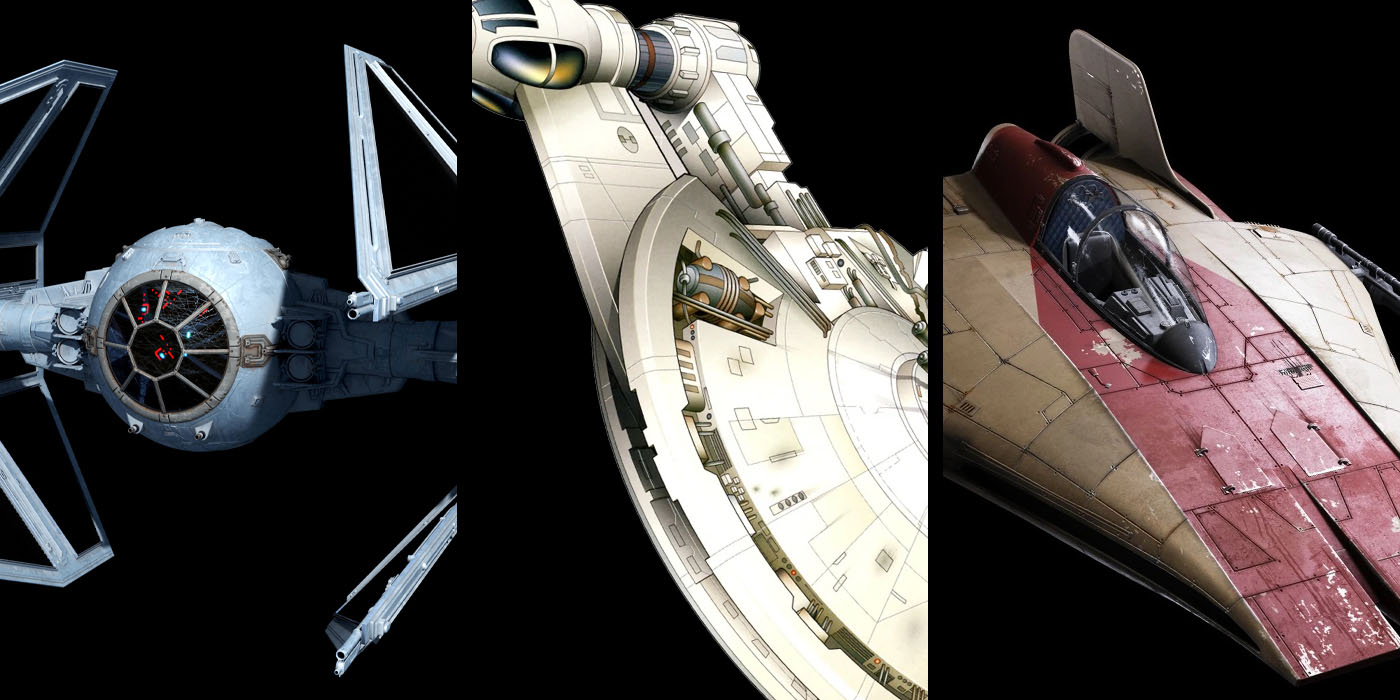 Today Star Wars fans let’s take a look at some of the best Squadrons in Star Wars Armada.

Armada is a great game and after years of release has a ton of Squadrons for anyone to pick through while playing. Some of the Squadrons are clearly better than others however, so today lets take a look at the five best squadrons in the game. For today we are only going to look at non-unique squadrons. We are also going to limit ourselves to Rebel and Imperial Squadrons as the new factions haven’t seen enough play yet. 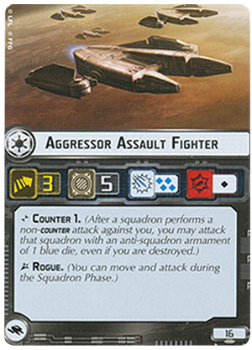 The Aggressor is a strong squadron choice for a number of reasons. While it is not the fastest ship, it’s an amazing anti-squadron fighter, with strong anti-squadron dice and a good hull.  While it lacks a bit in speed and anti-ship dice, it comes with the very useful Counter rule, allowing it to hurt enemies even as it is getting hurt. With 5 hull it can normally make good use of this. On top of this, the Rogue rule means it doesn’t need carriers to push it, and can act independently. 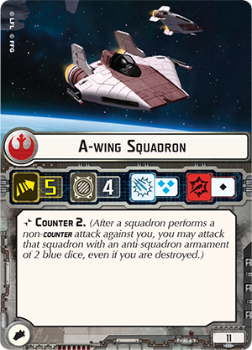 The A-Wing is an excellent squadron to use as a screen to protect you from enemy attacks. While it’s 4 hull leaves it on the weaker end, it is normally strong enough to take a hit or two before dying. Speed five is a massive boost to its power, really letting it get where it needs to be. While it has a weaker attack than say the Aggressor, Counter 2 means it’s a very deadly target to hit and you can throw a screen of these out wherever you want and expect them to do some damage, even if you aren’t doing much to support them. They are also decently cheap. 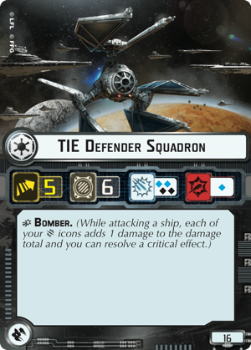 The Defender is just a really solid all-around squadron. It doesn’t really have any tricks, but it makes up for that with brute force. It’s as fast as they get, super tough and has a very deadly anti-squadron battery. While it only has a single blue anti-ship die, having Bomber makes it more deadly than it appears. It’s not cheap but these things can be beasts with the power to punch through enemy squadrons and still have enough steam left over to attack enemy ships. 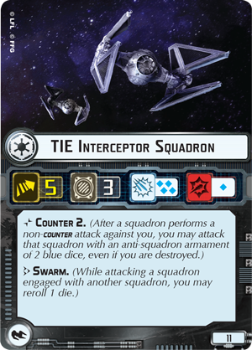 The Interceptor, like the A-Wing is a super deadly anti-squadron unit. Indeed its very similar to the A-Wing, losing a point of hull, but gaining an extra blue attack die, though it also switches from a black to a blue anti-ship dice. It also gains Swarm and clocks in at the affordable 11 pt mark. All this makes it a really good and cheap anti-squadron unit, with a deadly attack and strong counter, and the speed to get where it needs to be, though it really can’t take a hit. It really shines over the A-Wing due to swarm and the combos that ability unlocks. It’s easy to boost them to Counter 3 or bring them back from the dead. 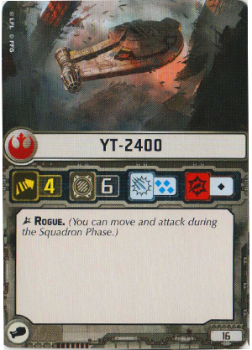 The YT-2400 is the ship you take when you don’t want to play the squadron game. It’s fast, it’s got a strong hull and a great attack. It can hurt the enemy and take a beating on its own. And it’s got Rogue. This means it doesn’t really need any support. You can throw a few, or a lot, of them in a force and have something to deal with enemy squadrons, or annoying their ships, without having to spend points and commands and carriers. This makes it a very useful ship for any admiral to have in mind.

Let us know what you think are the best Squadrons, down in the comments! 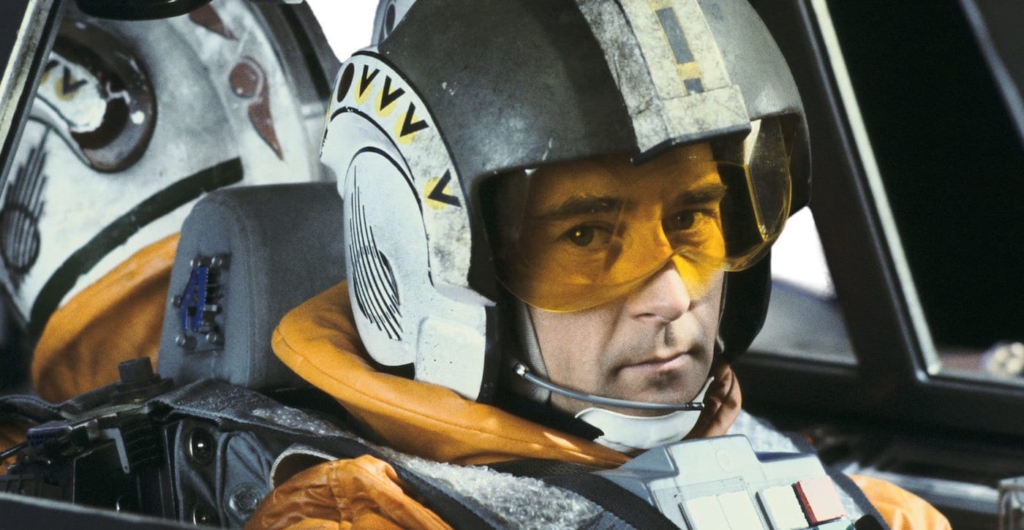