Falcir is a small based warcaster and is all metal. There is some metal flashing to clean up, but overall a pretty easy assembly. 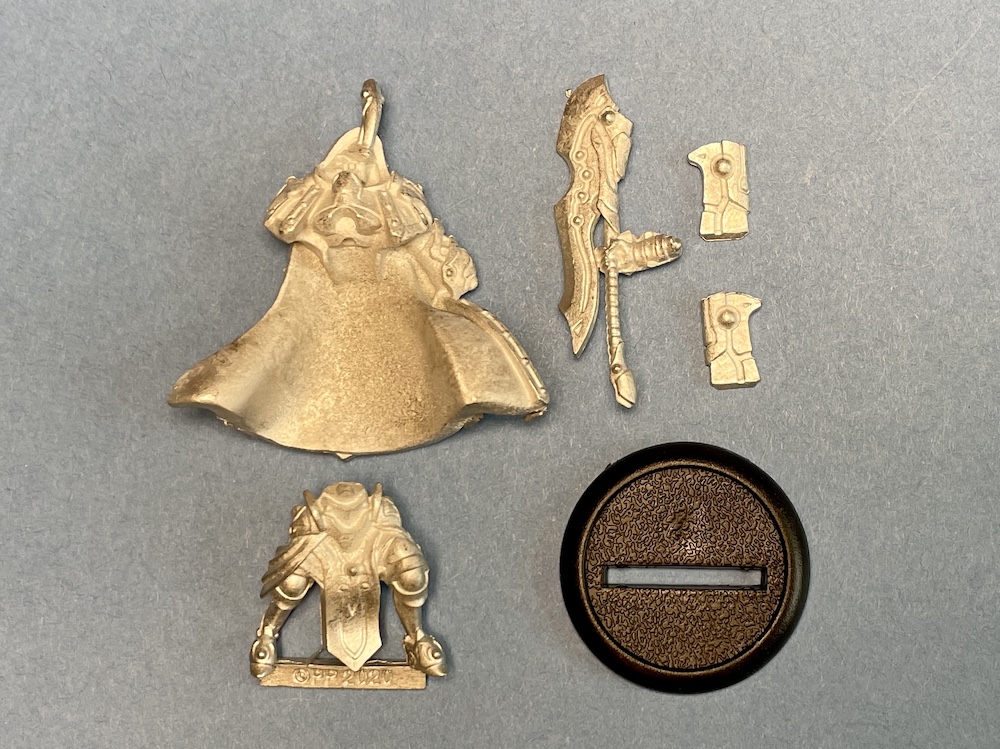 Falcir is the House Ellowuyer’s executioner and she carries an awesome looking large axe that is worthy of that title. I get some strong melee vibes from this model, similar to Thyron. 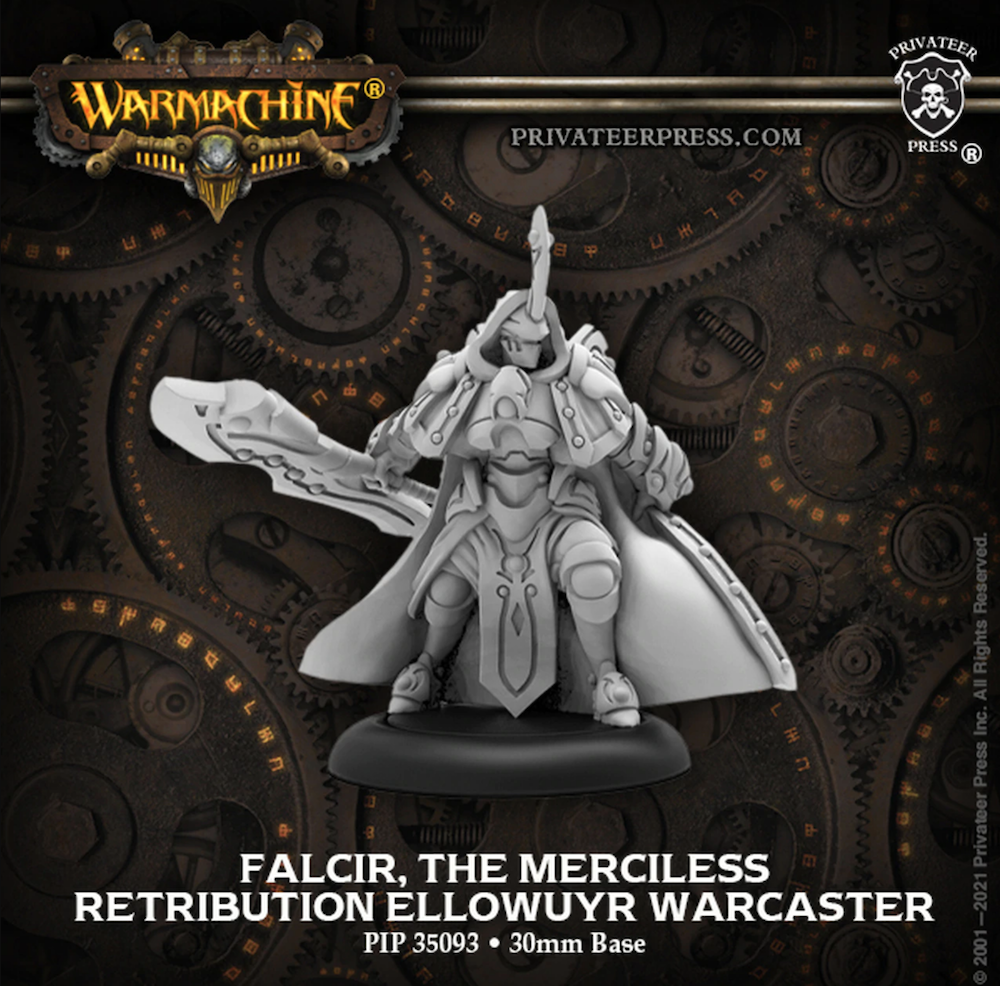 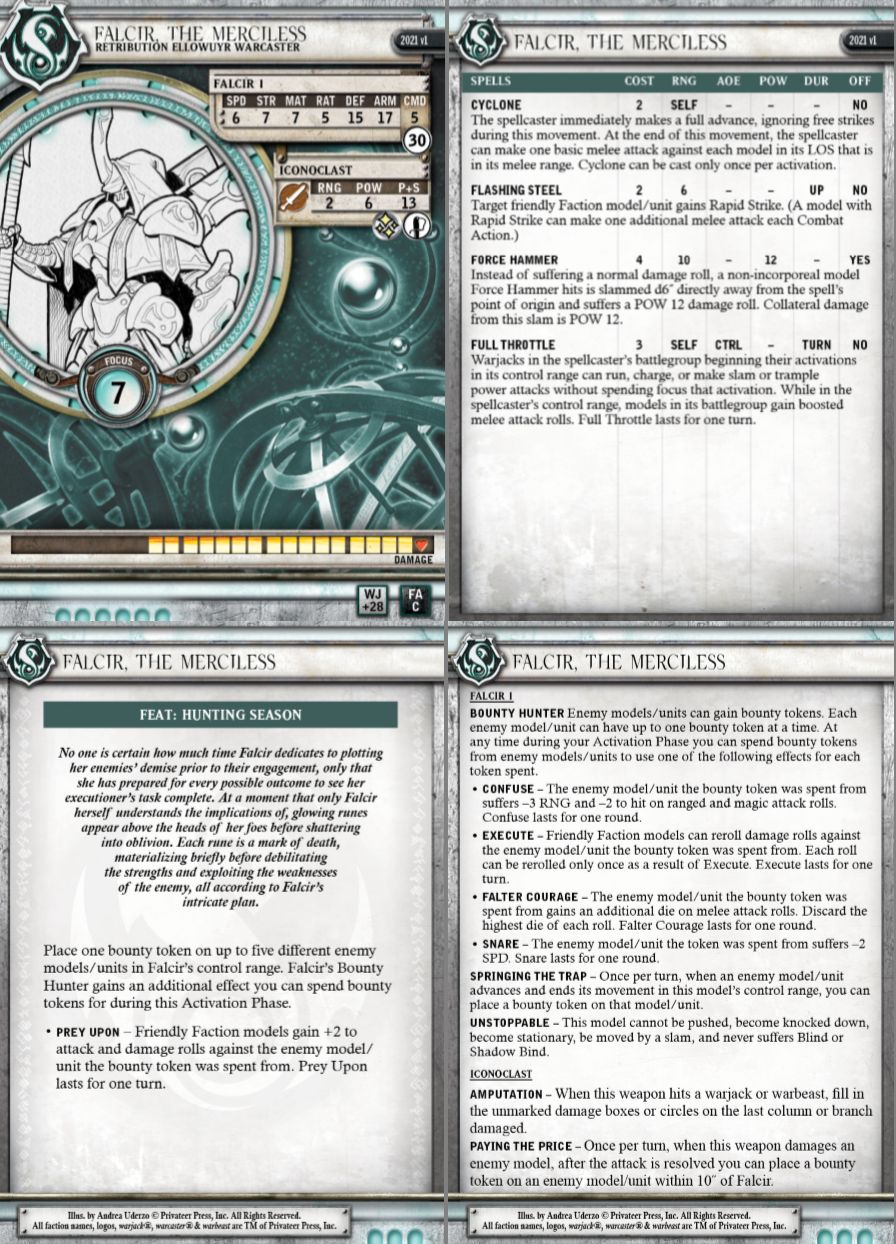 Bounty Hunter and the 5 different abilities it can trigger(including the feat) are by far the standout rules on Falcir. Learning the variations on how/when to trigger bounties is going to be the secret to unlocking this caster. Falcir has 3 different ways to get bounties onto enemy models, Springing the Trap will be an easy token to place out each turn, just requiring an enemy model to advance into Falcir’s control area of 14″.  Paying The Price should be used carefully, overextending just to place a bounty token on an enemy model means Falcir could easily find herself in danger. This is where Cyclone can come in very handy getting you into or out of a tight spot.

The Hunting Season Feat is the third way to get bounty tokens on models and allows an immediate placing of 5 tokens. This lets you get a possible 7 bounty tokens on feat turn and grants the additional ability Prey Upon. Falcir will likely want to feat early in your turn for maximum effect. While Prey Upon is arguably the most powerful of the bounties, on feat turn if you don’t think you’ll be able to kill some models affected by the feat you can choose to Confuse/Falter Courage/Snare the models you won’t be trying to kill. This will leave your opponent(hopefully) missing some models and the ones still left crippled in some way. Overall this feat is versatile and will have a high skill cap, the more you play it the more interesting possibilities you are likely to unlock.

Falcir herself has Amputation and Weapon Master on her melee weapon. So if you are planning to send your caster in to do some melee work, targeting warjacks or warbeasts is going to be your best bet so you can finish off that last column/branch on their damage grid. Don’t forget you can Cyclone out afterward, so even if things go poorly you have an escape option. 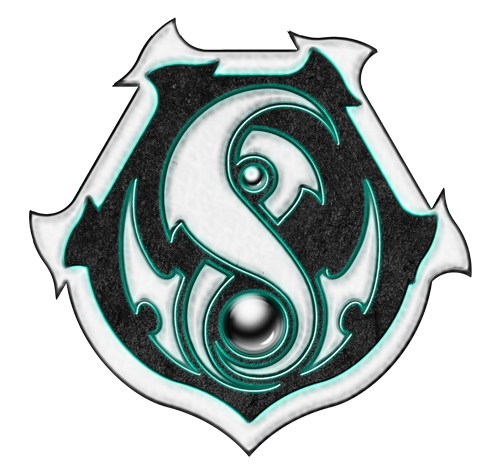 Falcir seems like a strong, fun caster to play on the table. With lots of options each turn and a fun mini-game of getting bounty tokens on models, you’ll need to watch your death clock as you’ll have a lot of opportunity for decisions.

What do you think of Retribution’s newest caster?

Star Wars: Genndy Tartakovsky's Clone Wars Is On Disney+ Now, And You Should Watch It 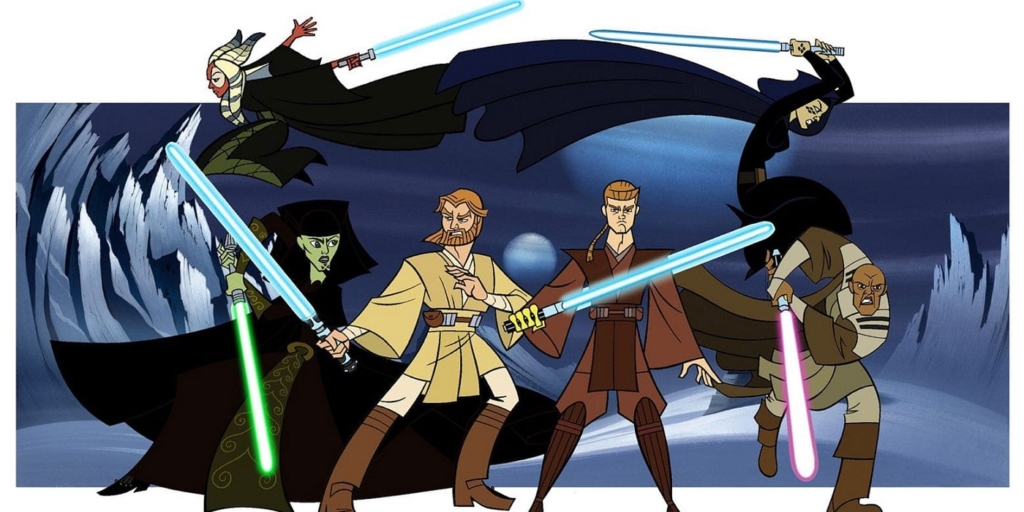