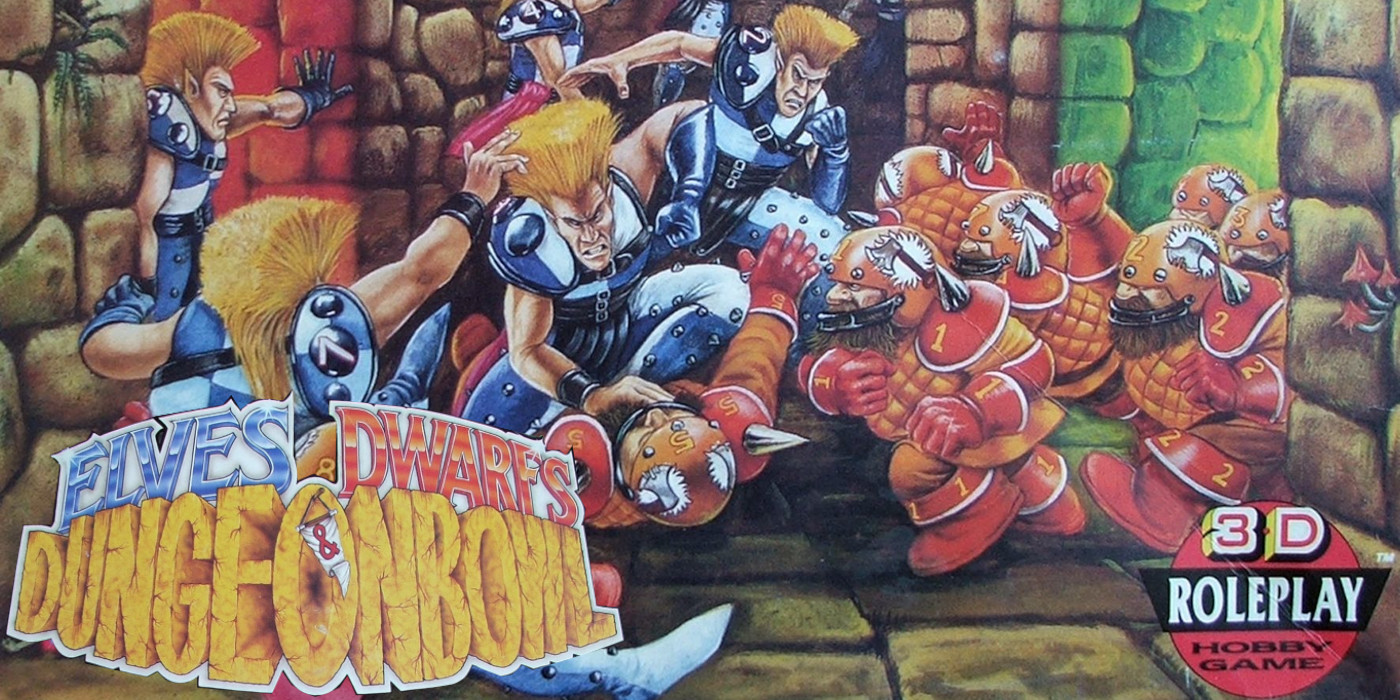 With all the hubbub surrounding Blood Bowl recently, isn’t it time we return to DungeonBowl?

Released in 1989, DungeonBowl takes the foundation of Blood Bowl but moves it into a fully realized dungeon, full of tight corridors, traps, teleporters. The basic rules and concepts of Blood Bowl remain mostly untouched, with a few exceptions. As you’d expect, each player builds their own team, but in DungeonBowl, teams are affiliated by College of Magic, rather than simply just race. 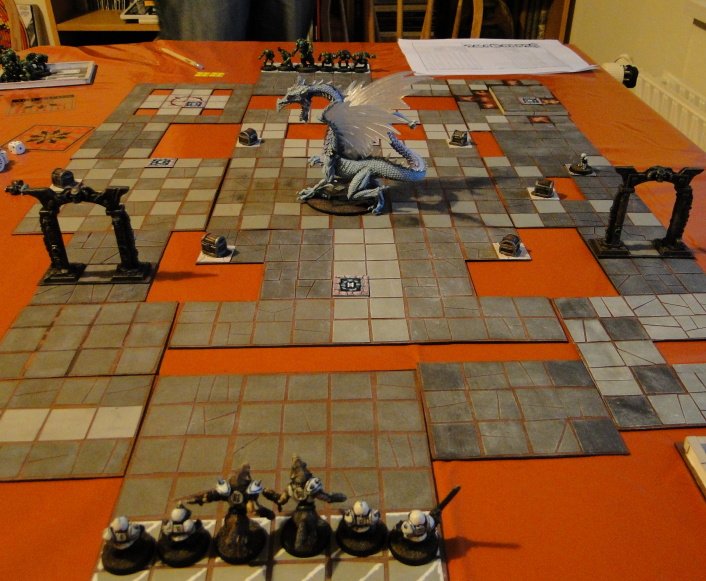 Within the story of DungeonBowl, the followers of each school of magic believed theirs was the pinnacle of sorcery, and in order to prove their own Order be the truest path of magical study… they decided to play football in a dungeon. Still, each team is confined to some races as per the chart below, which comes as part of the 3rd edition rules which were published in White Dwarf in 1998. 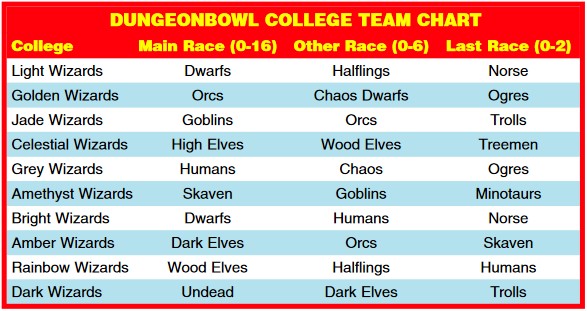 The dungeon set up is fairly freeform, although they recommend using the ones provided in Warhammer Quest. But, as you’d expect, each dungeon must provide, two end zones at either end. 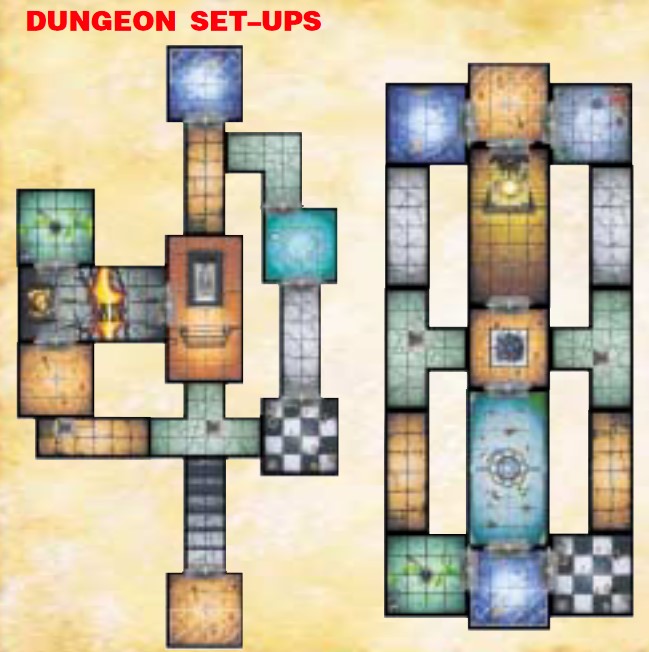 Littered among the dungeon are 6 chest tiles and 6 teleporter tiles. The teleporter tiles are numbered 1 through 6, and the 6 chest tiles flip to reveal 5 explosions and 1 ball. At the beginning of a game of DungeonBowl, the ball must be found hidden among the chest tiles. Any player adjacent to a chest can open it, flipping it over. If it reveals the ball, great! The real game begins. Otherwise, it will reveal an explosion and all adjacent players will be knocked down and must roll to avoid injury. 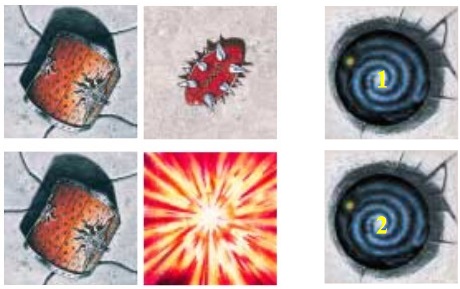 A few extra rules are created for the unique nature of the setting on DungeonBowl as opposed to Blood Bowl. For example, players are able to chuck the ball at the wall in the hopes of bouncing it off the wall into a better position. Using normal throwing rules to see if the ball strikes the intended wall. Also, due to the tight quarters, teams are limited to 6 players to start, however more can be teleported in as the game continues and players are removed due to injury or transdimensional mishaps.

Finally, how treacherous and complex the dungeon is set up to be, is up to the players. Pitfalls, lurking monsters, traps, rickety bridges, and more are all viable terrain options. It may get to the point that the dungeon is more of a threat than the other team. Which could be good considering this game is meant to only play to the first touchdown. With plenty of other optional rules like using magic to influence the die rolls, including up to a dozen chests or teleporters, or the multi-ball variant, DungeonBowl offers tons of ways to play and it’s a shame it hasn’t gotten more attention. 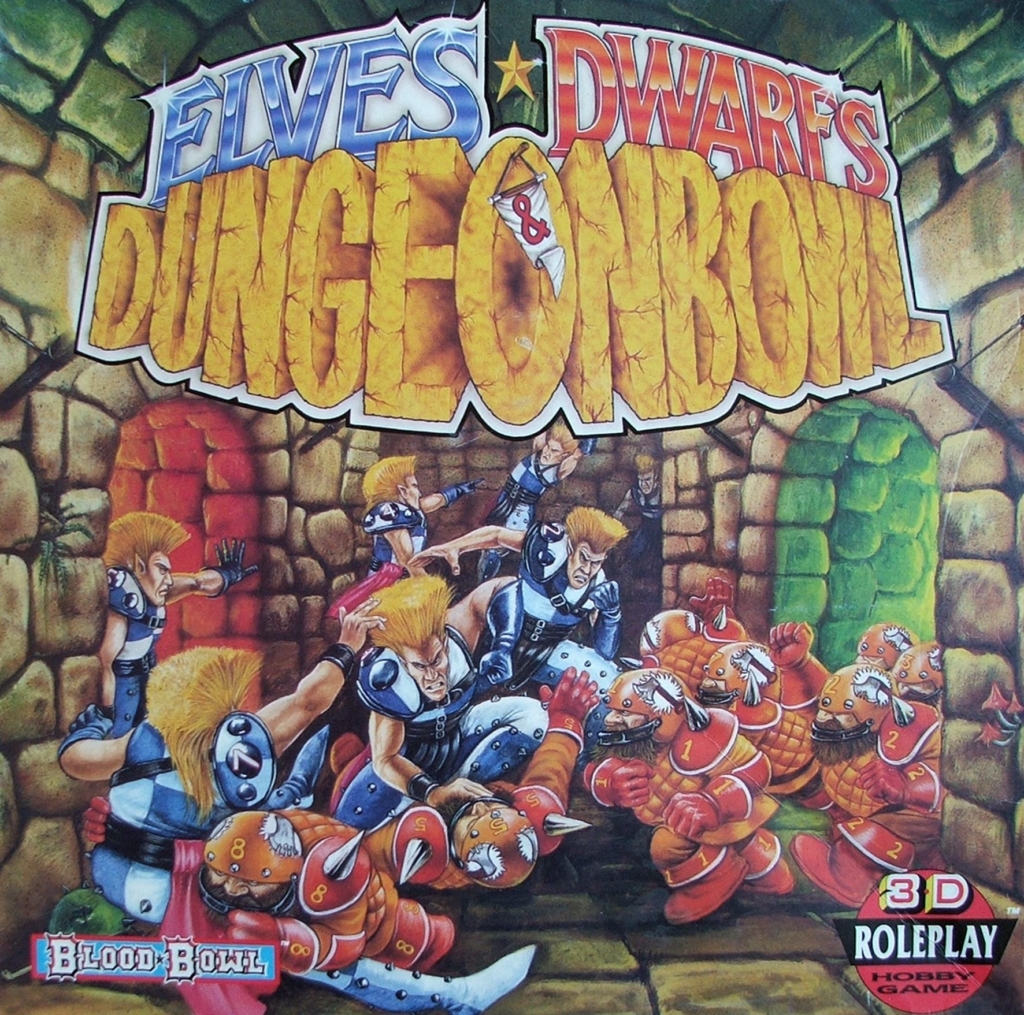 Did you ever play DungeonBowl?
Do you prefer it to Blood Bowl?

Author: Matt Sall
Matt has loved games of all kinds his whole life: board, video, war, roleplaying. He's worked as a writer for BoLS since 2017. He's worked as freelance editor for board game rulebooks and has designed many of his own games as well.
Advertisement
BloodBowl Games Workshop Miniatures Retro Games Rules Tabletop News
Advertisement

Find One Eyed Willie's Rich Stuff in 'The Goonies' Board Game 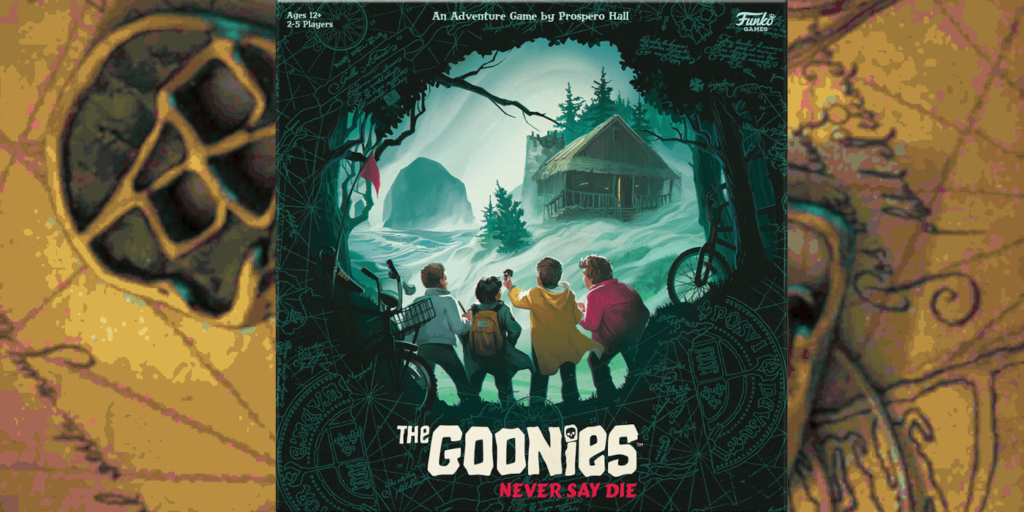