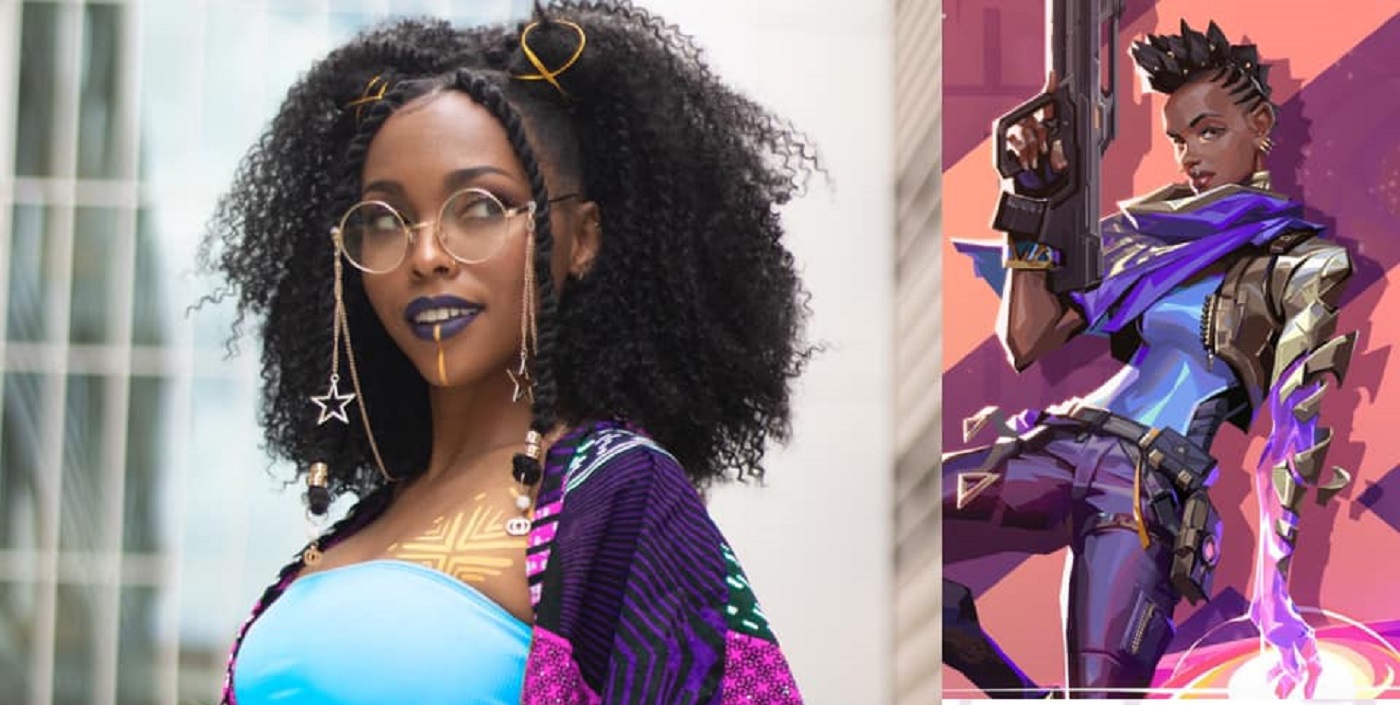 It’s not every day that a cosplay has the opportunity to work directly with a game studio to bring their characters to life in a new cosplay. Even more rare for a cosplayer to be the FIRST to embody a character. We have long adored the strong and dynamic cosplays by Cutiepie Sensei, and it seems that Riot Games feels the same way. 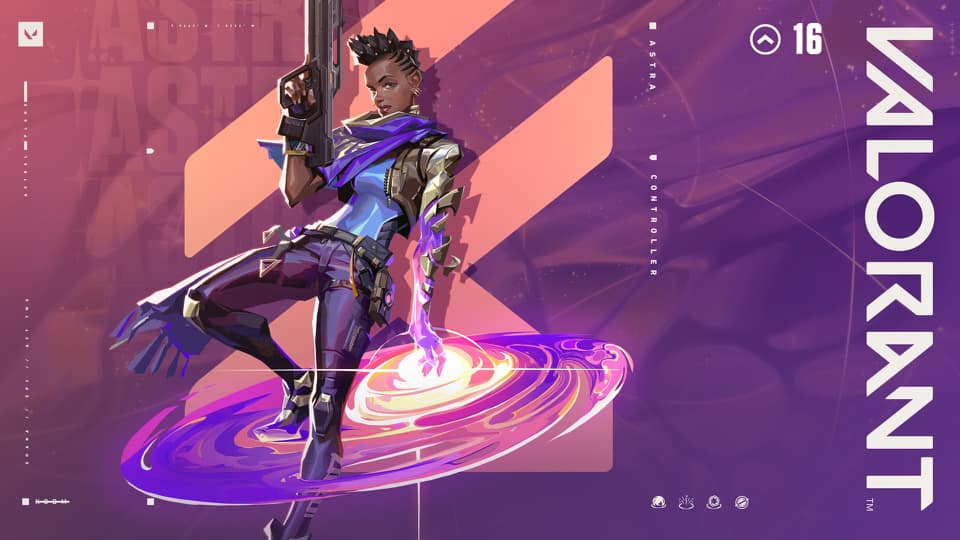 Riot Games has been working on a new game property since 2014 and finally released it in the fall of 2020. It’s a gorgeous First Person Shooter that leverages teams of agents against each other. One of the dynamic and gorgeously rendered characters is Astra, who “ harnesses the energies of the cosmos to reshape battlefields to her whim.” 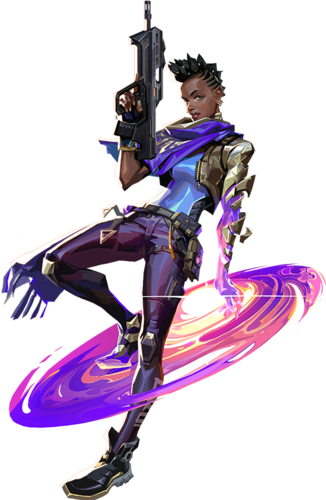 The character comes from Ghana and is affiliated with Valorant Protocol in the game, leveraging her talent for “deep strategic foresight” to stay ahead of the game and her enemies. Riot Games approached Cutiepie Sensei to Cosplay this character for the first time, and the first sneak-peak images dropped online this week. 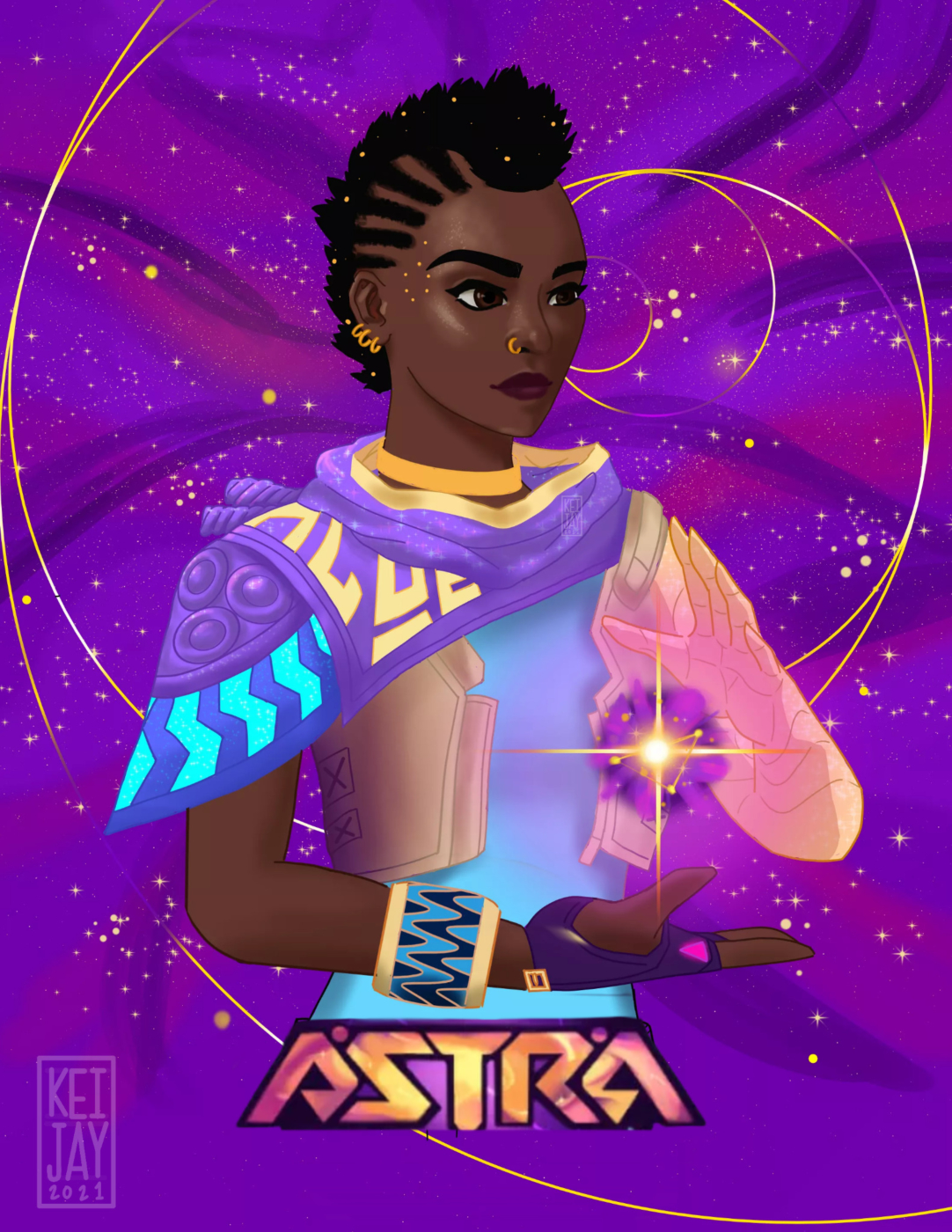 Riot Games commissioned this gorgeous cosplay for Astra, and according to Cutiepie Sensei they wanted TWO looks- a game version, and a casual streetwear version. Cutiepie Sensei pulls both off to massive effect, oozing confidence and mystery. The gold paint on the torso partnered with the vibrant colors and bold patterns makes for a dynamic character who is sure to be a strong presence in the cosplay world. These images are strong and captivating, and we cannot wait to see what else comes out of this partnership in days to come. 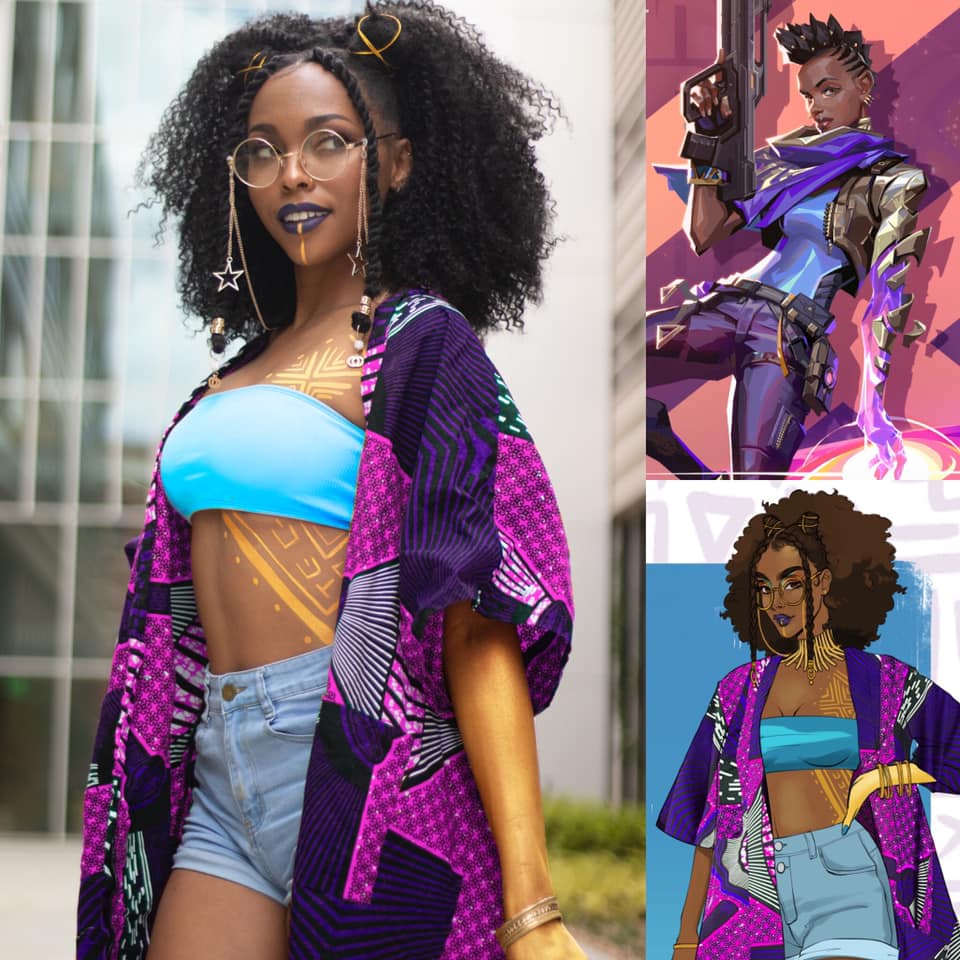 “I am on a higher plane, chale. Literally” 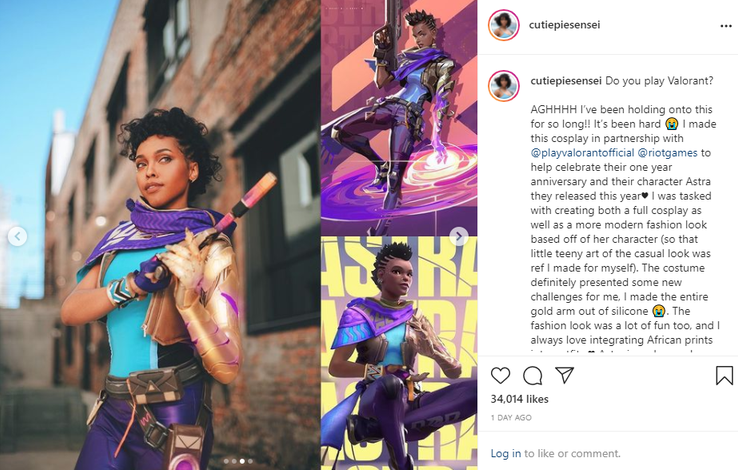 “My plan may sound irrational, only because you cannot see what I can!” 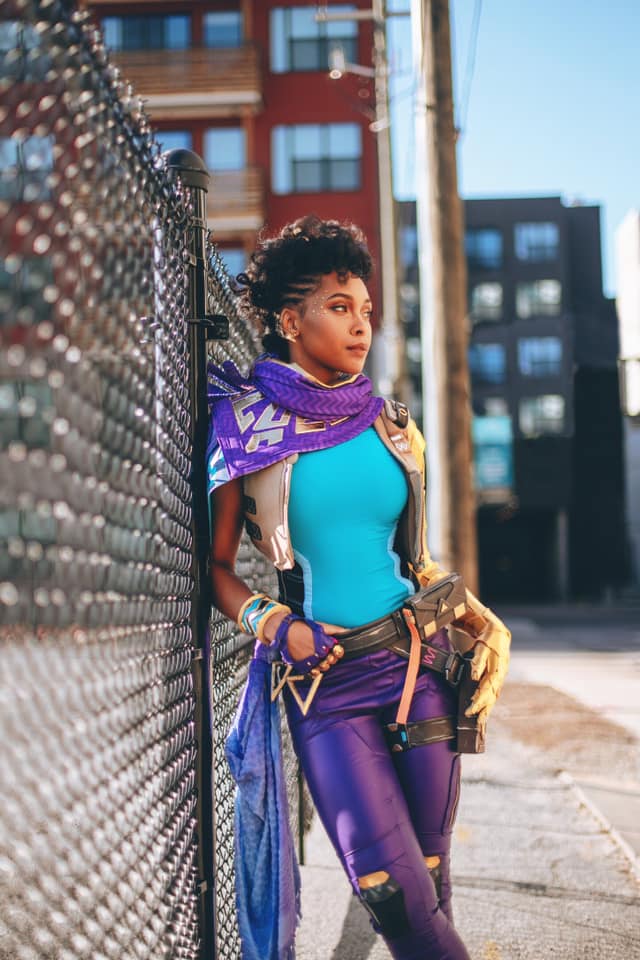 “Now we show dem, eh? They see our strength.” 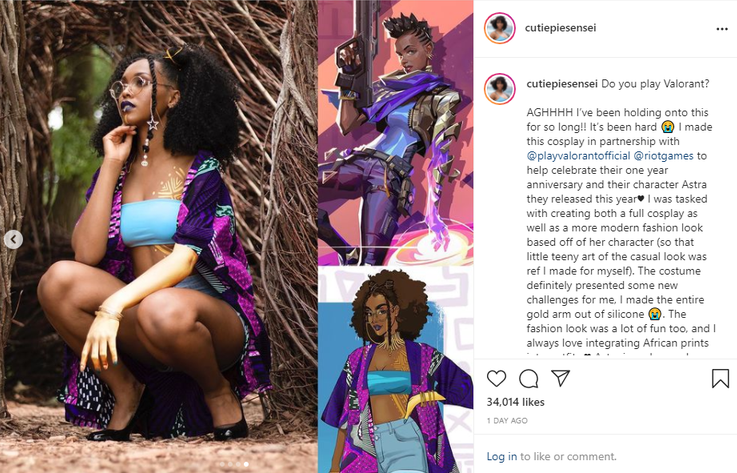 “Relax, my friends. Time and space are…*chuckles*…they’re not what you think.” 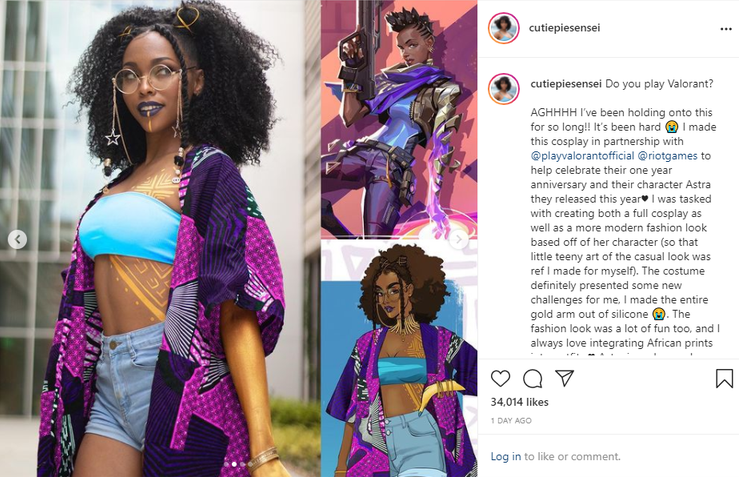 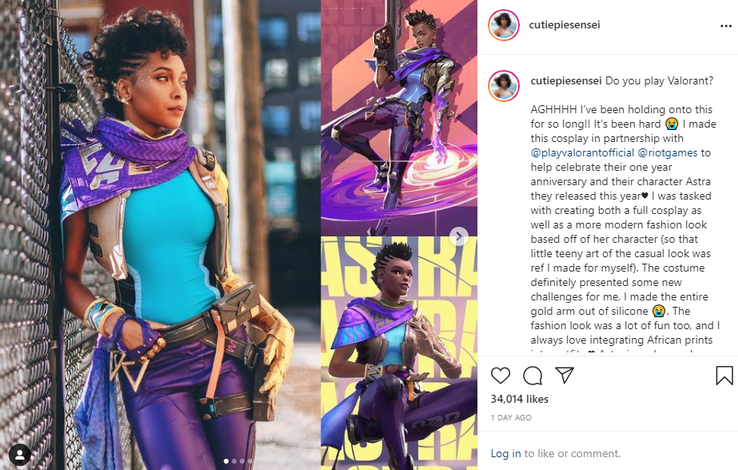 “You can tell a person’s character by their first action. Check me then, eh?” 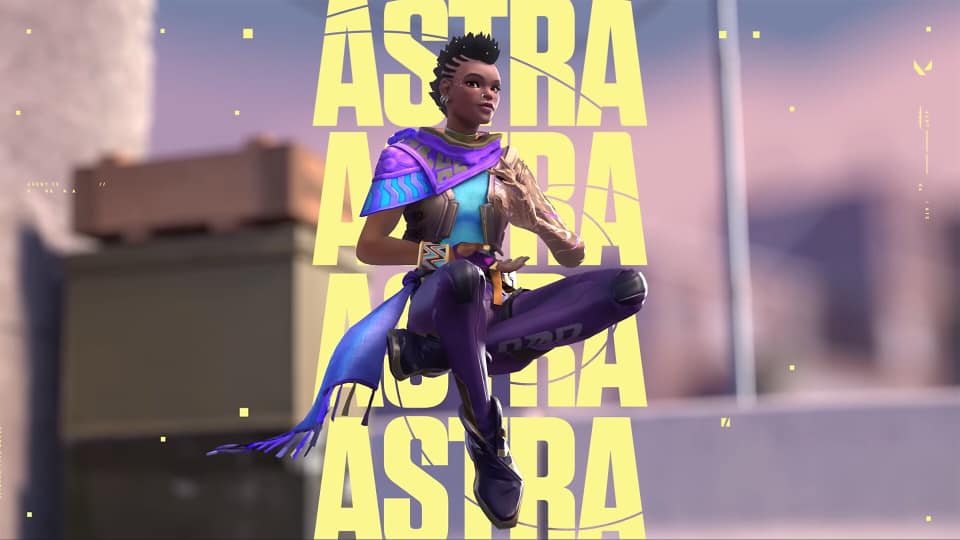 Author: Jennifer Larsen
Jennifer aka "Mayhem's Muse" is the Cosplay Editor for BoLS and manages Ad Sales and Communications. Her cosplay awards include the RTX Judge's Choice Award and Dragon's Lair Austin's Cosplay Symposium. Jennifer has been a Cosplay Guest Judge at RTX, Tacticon and Genghis Con in Colorado. She regularly attends conventions to cover cosplay for BoLS. Her cosplay work has been featured in publications such as Girls Who Love Monsters, Geek Fuel, and Renaissance Magazine. Jennifer has modeled in the Her Universe Fashion Show, Precision Camera's yearly Precision Camera University, and has taught several workshops for photographers about partnering with cosplayers and creative muses/models. Jennifer is a lifelong enthusiast of retro video games and loves Dungeons & Dragons, urban fantasy, tabletop games, VR technology, and historical archery. She has set National Records through USA Archery’s Traditional Division for Asiatic Bows and earned 4th Place in the World Nomad Games in Kyrgyzstan in 2018 for Women’s Korean Archery. Jennifer is currently studying for her Masters's Degree in Organizational Leadership.
Advertisement
Cosplay Video Games
Advertisement 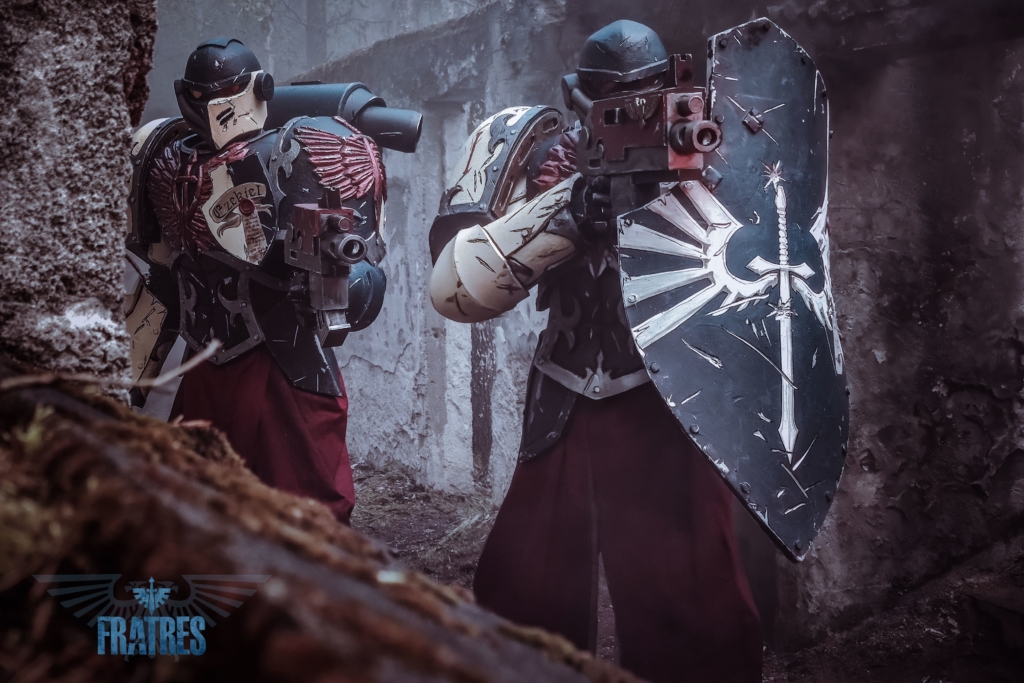