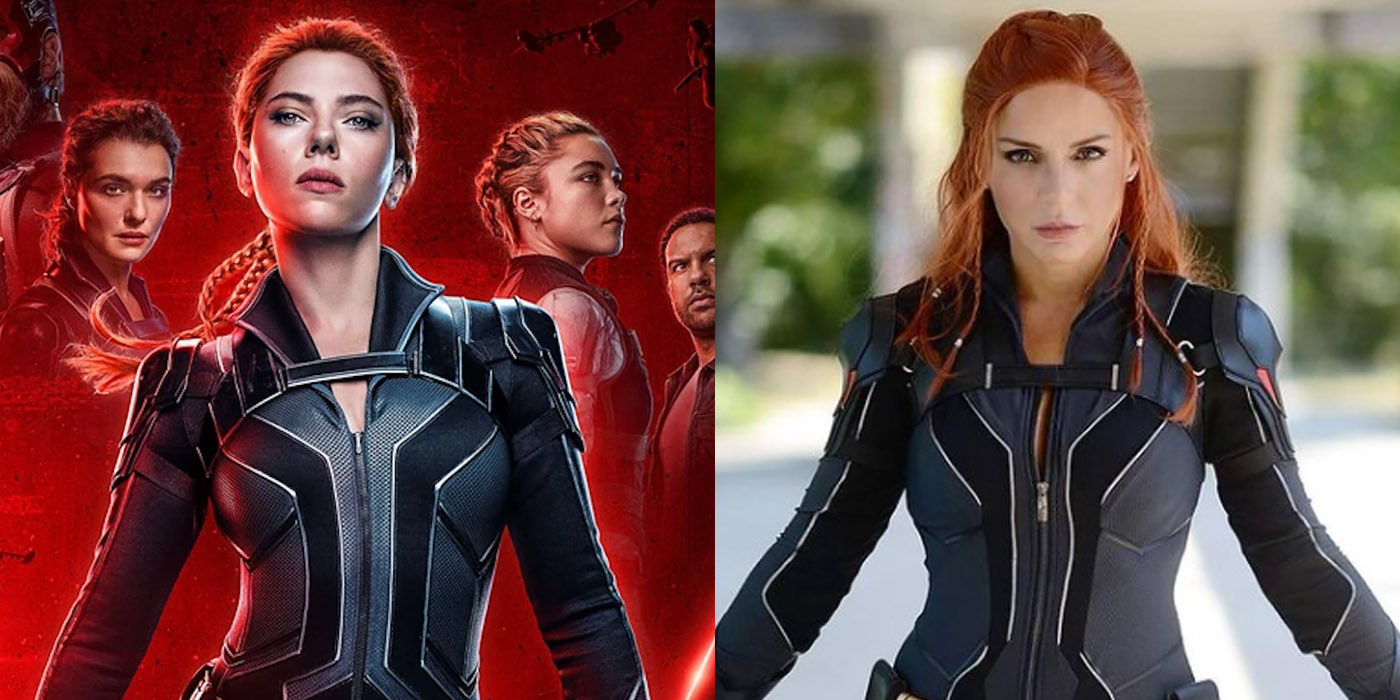 Marvel fans worldwide have long anticipated (nay, BEGGED FOR) the reveal of Natasha Romanov’s backstory. The crucial Avengers lynchpin has long stood in the shadows, hinting at a tragic past that colors her every move. Finally, we are about to peek behind the curtain to see what ghosts that the Black Widow has left behind.

While many Black Widow Cosplays have been done over the years, there is one that knocked me off my feet and made me take notice. Through the movies and iterations of the character, _Sara_s Cosplay has captured The Black Widow in some gorgeous and dynamic images. Lets take a look! 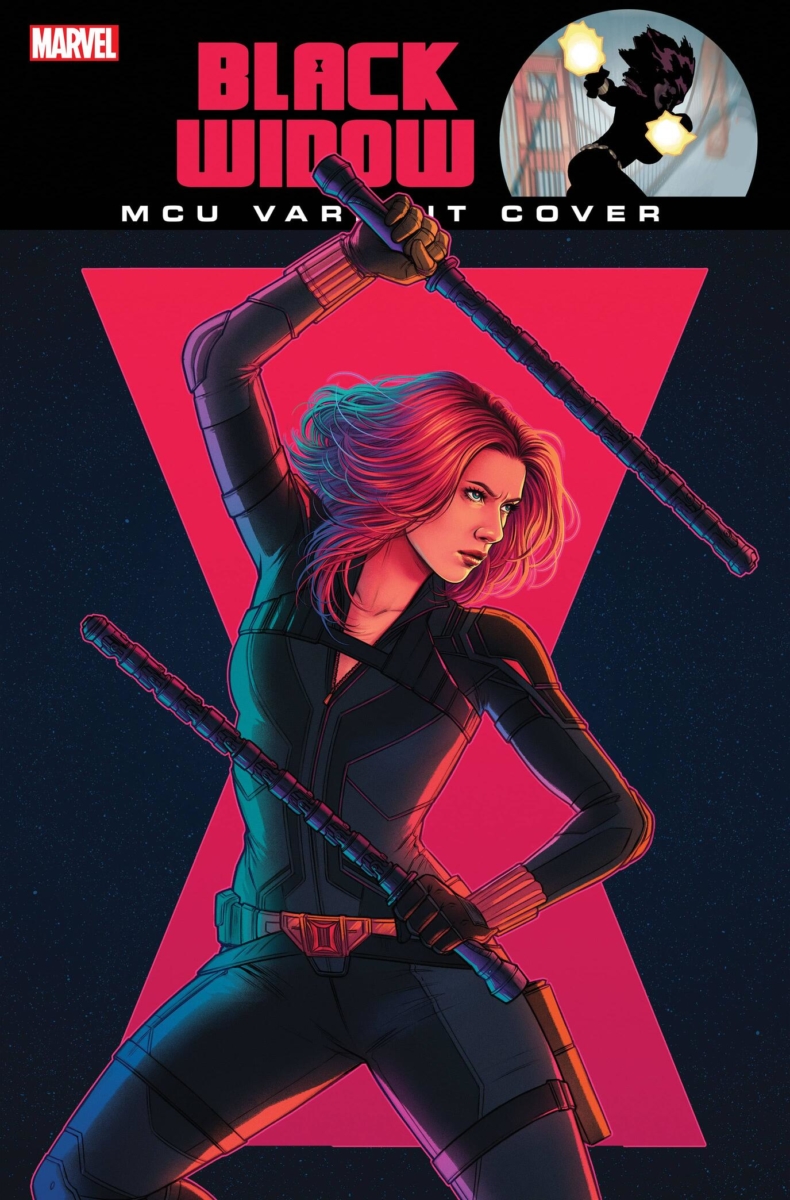 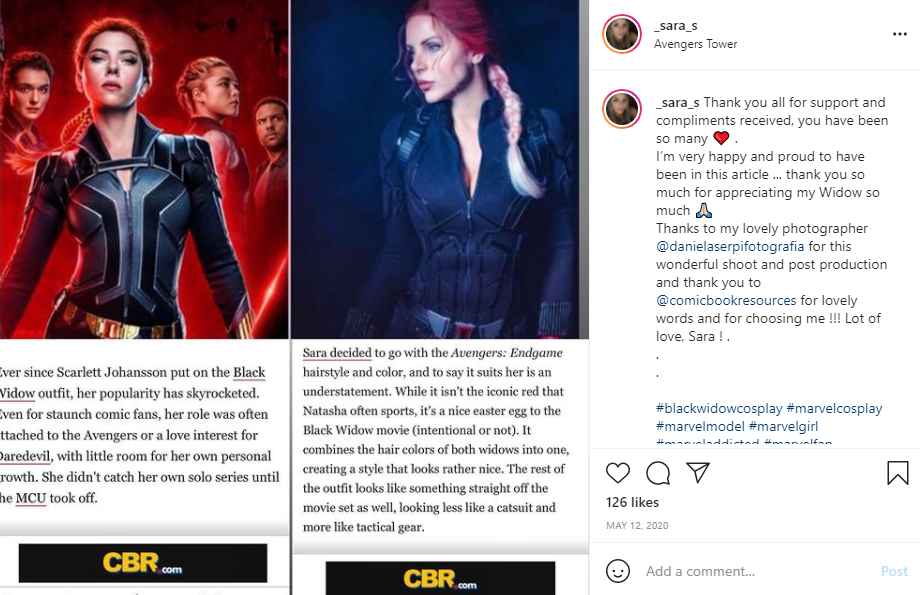 “At Some Point, We All Have To Choose Between What The World Wants You To Be And Who You Are.” 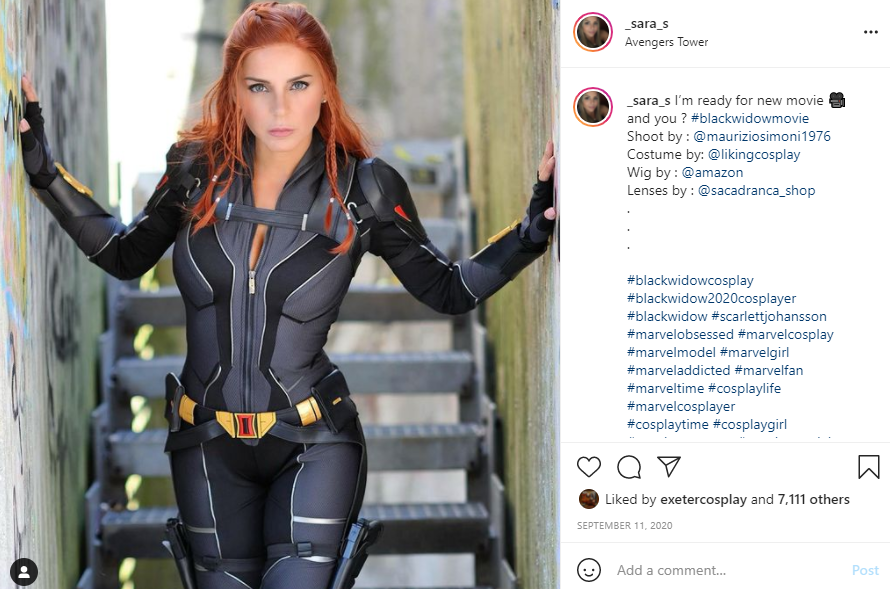 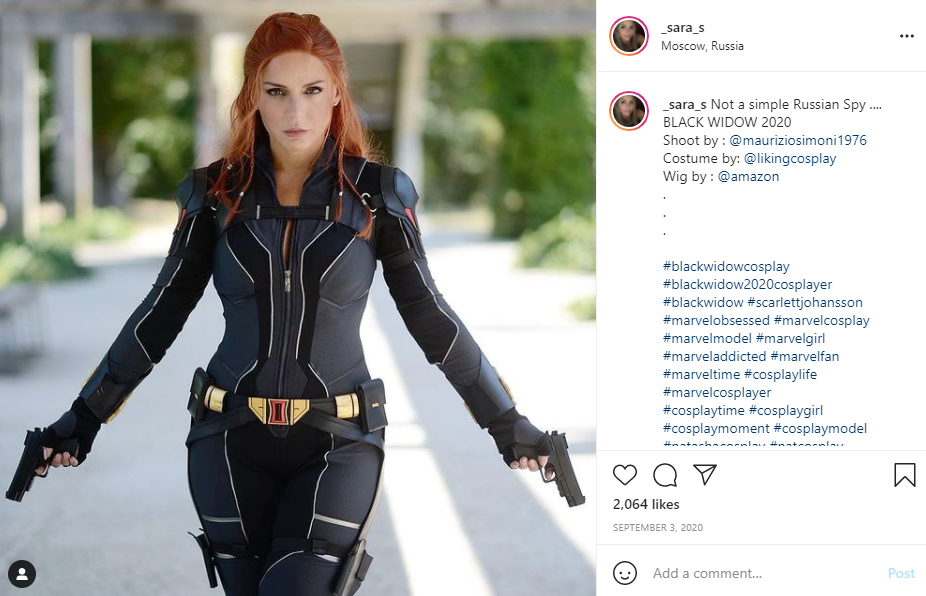 “I Get Emails From A Raccoon. Nothing Sounds Crazy Anymore.” 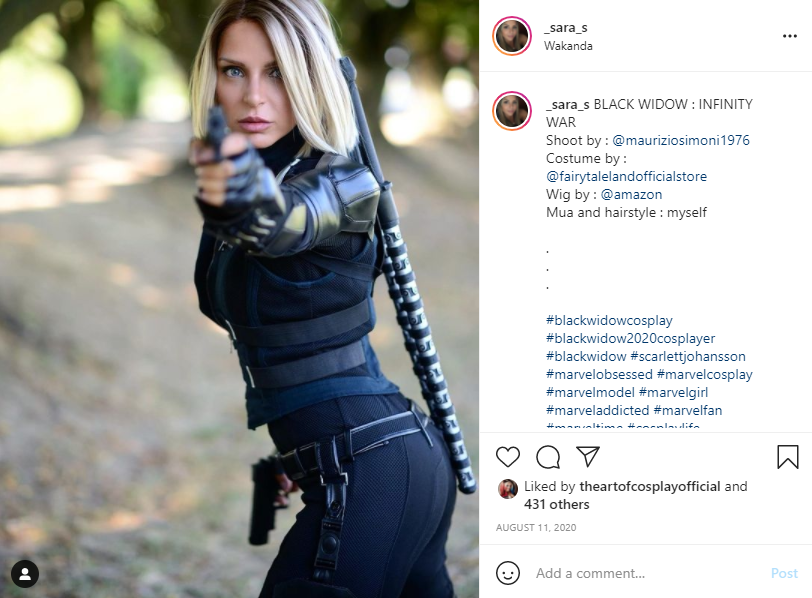 “We Have What We Have When We Have It.” 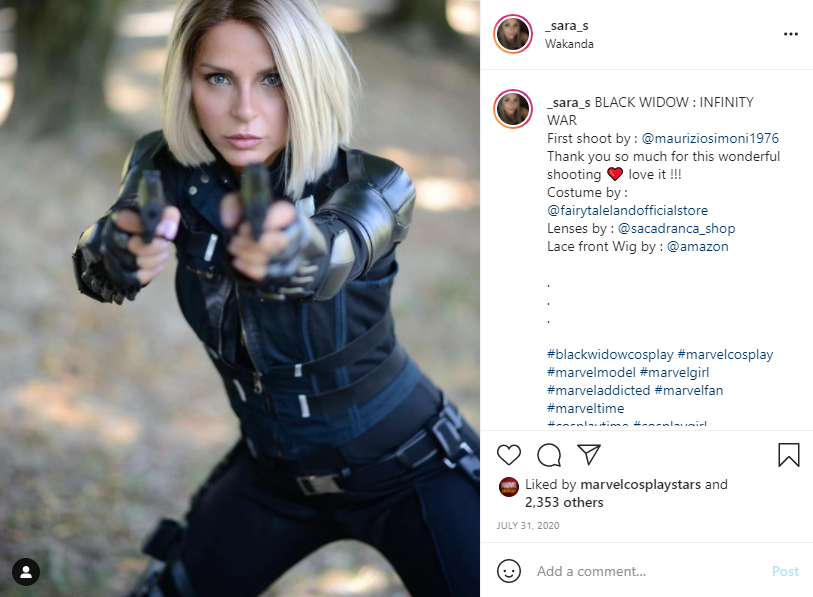 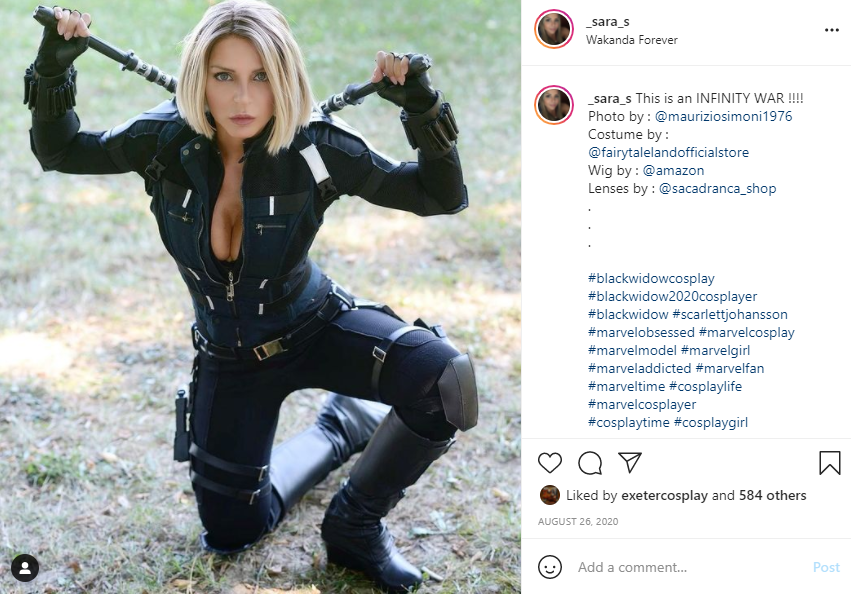 “You Want To Help? Keep The Car Running.” 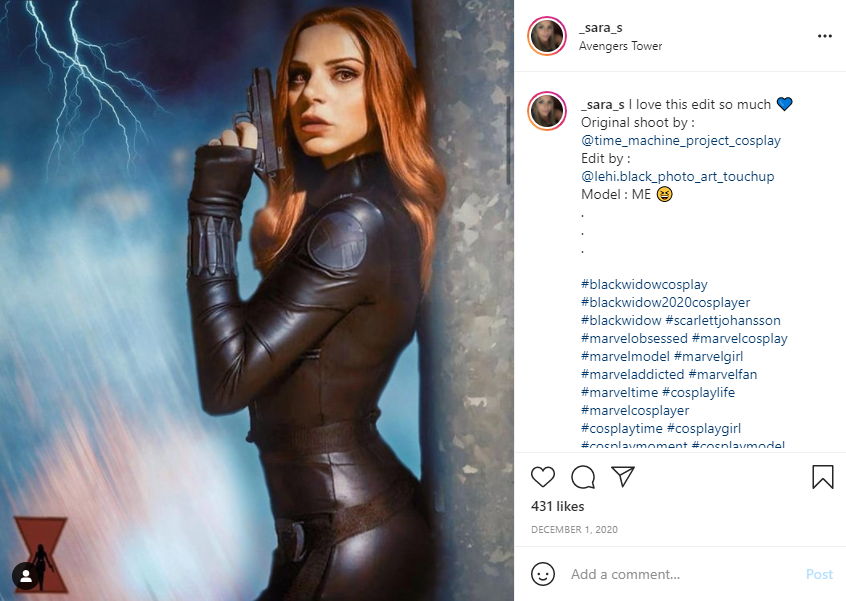 “Steve, You Know What’s About To Happen. Do You Really Want To Punch Your Way Out Of This?” 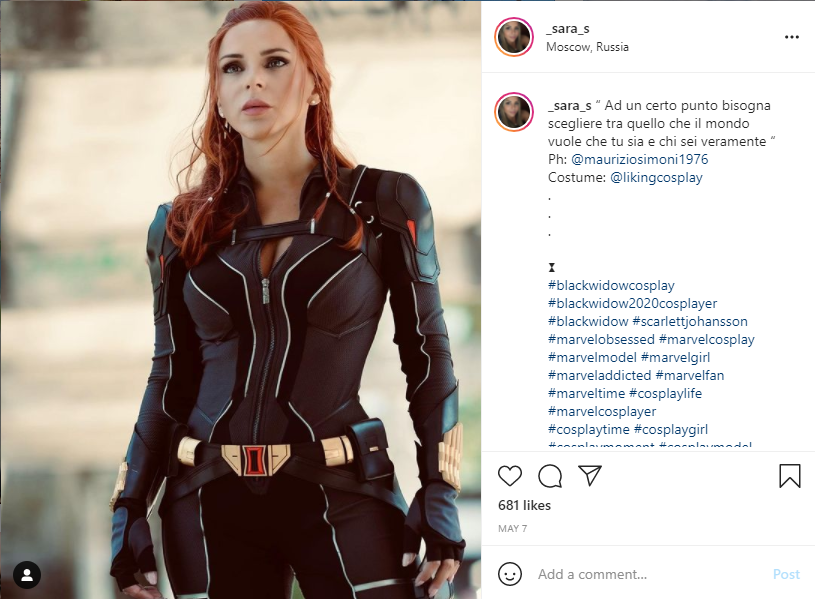 “Love Is For Children. I Owe Him A Debt.” 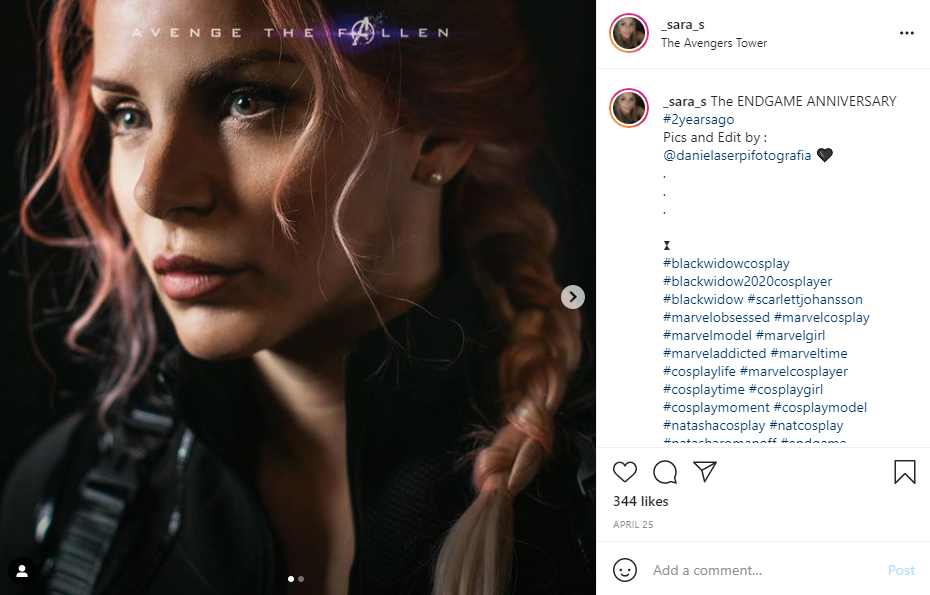 “Either One Of You Know Where The Smithsonian Is? I’m Here To Pick Up A Fossil.” 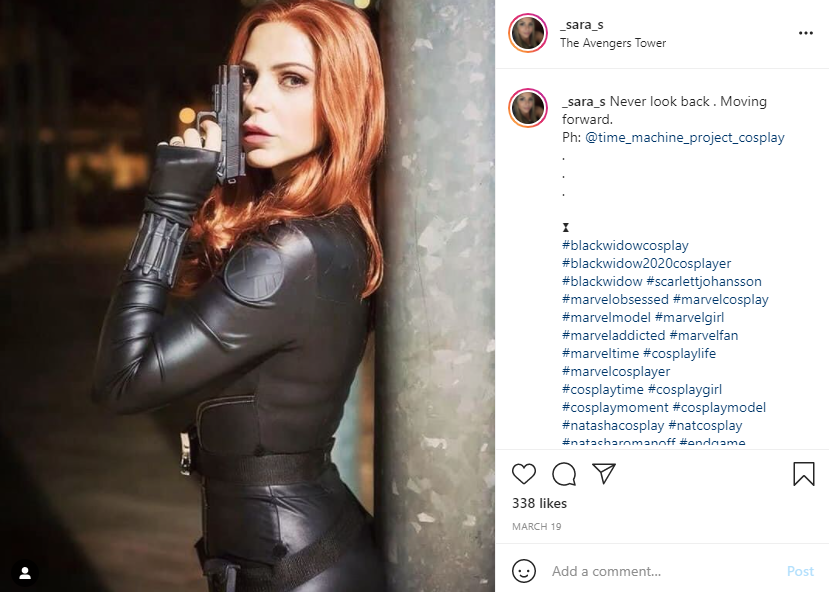 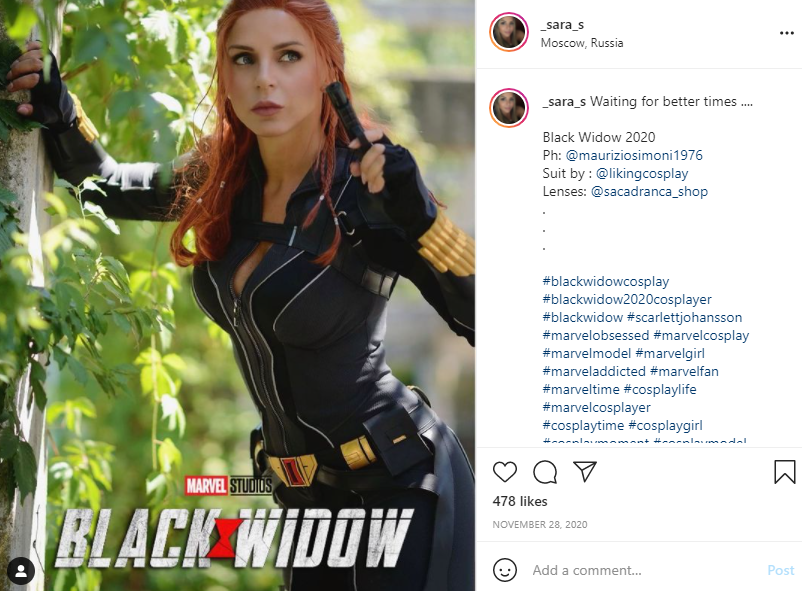 “Even If There’s A Small Chance We Can Undo This, I Mean, We Owe It To Everyone Not In This Room To Try.”

Author: Jennifer Larsen
Jennifer Lynn Larsen, aka "Mayhem's Muse" is originally from the Seattle area of Washington State. She is the Cosplay Editor for BoLS and manages Ad Sales and Communications as well. Her cosplay awards include the RTX Judge's Choice Award and Dragon's Lair Austin's Cosplay Symposium. Jennifer has been a Cosplay Guest Judge at RTX, Tacticon, and Genghis Con in Colorado. She regularly attends conventions to cover cosplay for BoLS. Her cosplay work has been featured in Girls Who Love Monsters, Geek Fuel, Renaissance Magazine, and other publications. Jennifer has modeled in the Her Universe Fashion Show, Precision Camera's yearly Precision Camera University, and has taught several workshops for photographers about partnering with cosplayers and creative muses/models. For BoLS, Jennifer covers everything from video games, fantasy, comic books, to sci-fi and historical garb. She is a lifelong enthusiast of retro video games and loves Dungeons & Dragons, urban fantasy, tabletop games, VR technology, and historical archery. Jennifer has set several National Records through USA Archery’s Traditional Division for Asiatic Bows and earned 4th Place in the World Nomad Games in Kyrgyzstan in 2018 for Women’s Korean Archery. She is currently studying at Denver University for her Masters Degree in Organizational Leadership.
Advertisement
Comics Cosplay Marvel Marvel-DC DO NOT USE Movies and TV Pop Culture
Advertisement 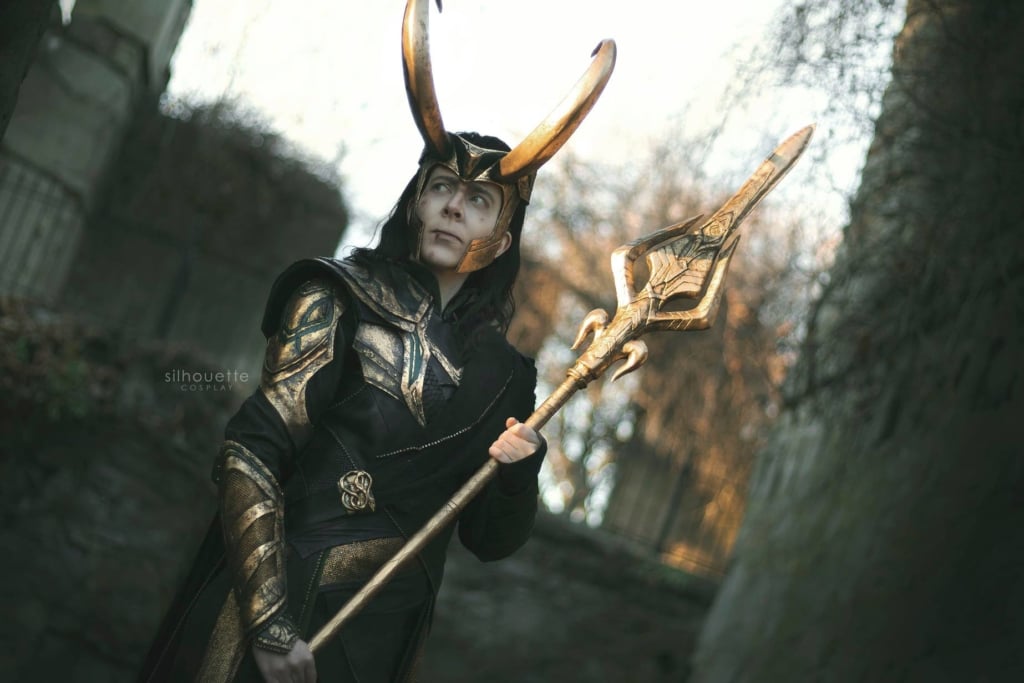