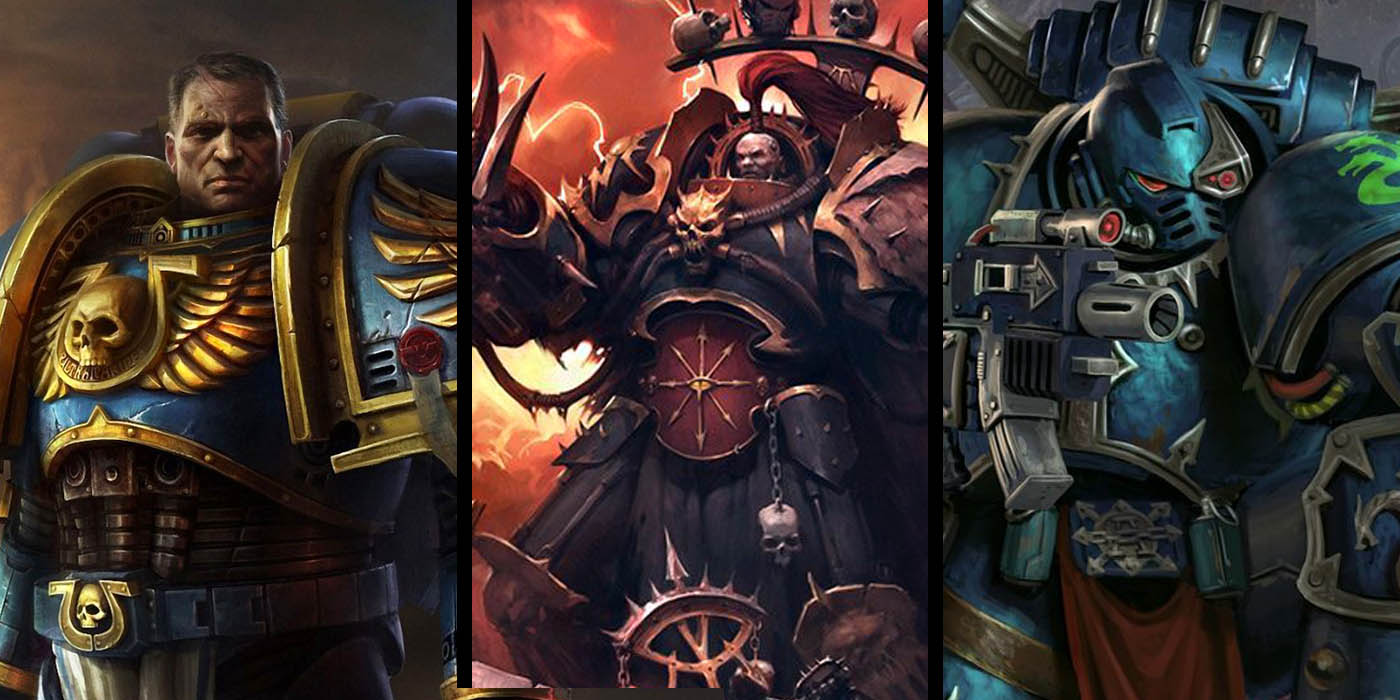 The history of the grimdark isn’t as set in stone as you might think.  Here are five times GW retconned 40K – big time.

Warhammer 40,000 has been around for a long time. It’s got a convoluted and crazy history, both in the real world and in the lore. For many people the lore is what really sells the game, and even many non-players interact with the lore. But this lore is complex, layered and oftentimes contradictory. Nor is this lore unchanging. Every now and then something is retconned. Let’s take a look at a few of the biggest. 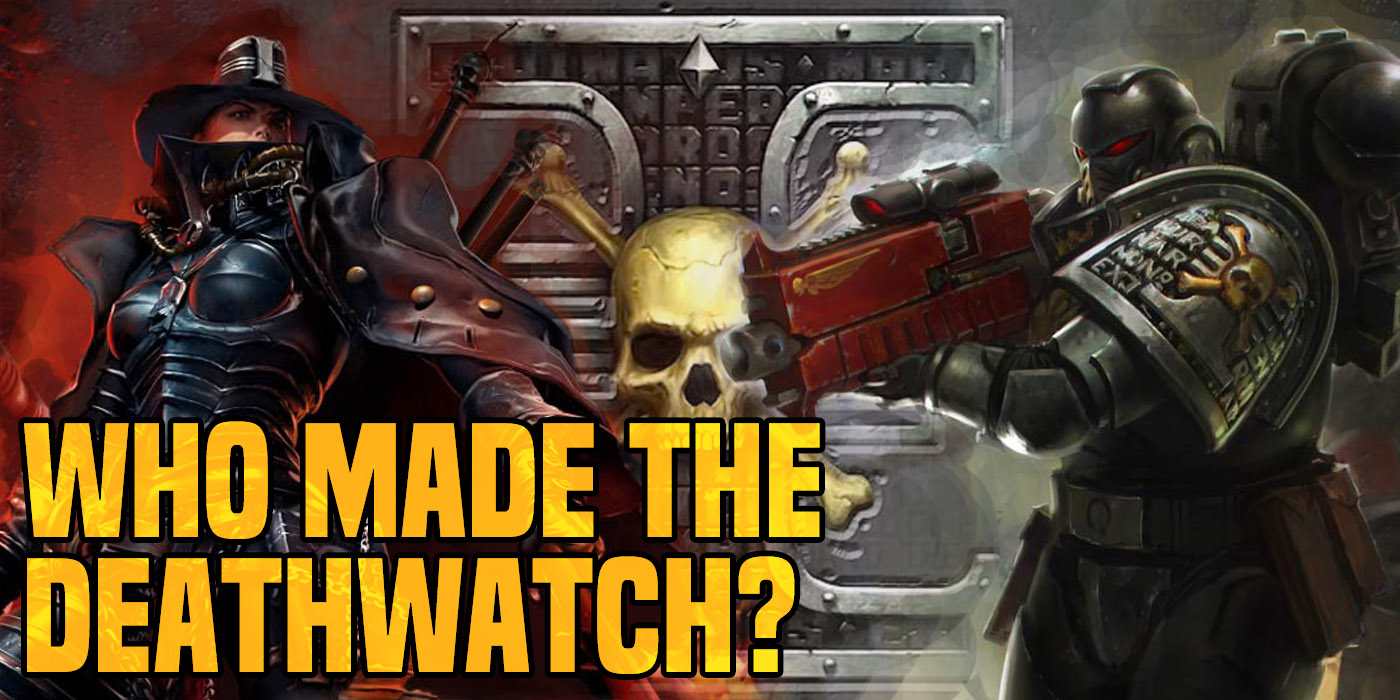 Originally it was stated that the Deathwatch where formed during the Apocryphon Conclave of Orphite IV. This was a grand conclave of the Ordo Xenos. At it the Inquisition debated how best to deal with the rising threats to the Imperium, in particular the many Xenos races. Ultimately the Inquisition met with a large gathering of Chapter Masters and agreed that a dedicated force of anti-Xenos veterans would work best and thus was born the Deathwatch.

Some time later however Black Library went back and retconned this origin.  Under the new story the Deathwatch were formed during the War of the Beast. During this conflict the Imperial Fist’s Chapter Master and Lord Commander of the Imperium realized that he needed small dedicated strike teams of veterans to help win the war. The original squads where formed out of survivors from other conflicts in the war, and after their usefulness was proved, they gained a permanent role in the Imperium.

4. Why the Alpha Legion Turned 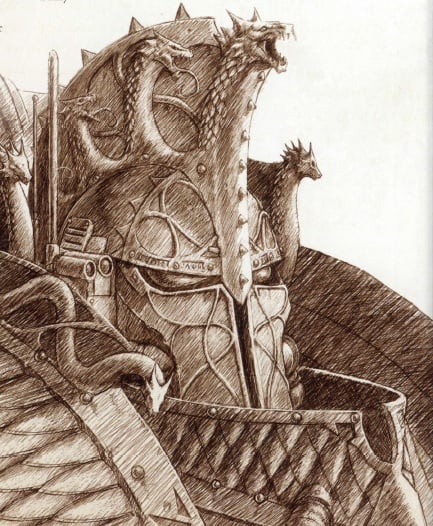 You could maybe argue that this wasn’t a retcon at all since I’m not sure we ever had a clear reason why the Alpha Legion turned traitor. Still it was readily assumed, and hinted at, that the Alpha Legion like the other fallen Legions had been slowly corrupted by the forces of Chaos and ultimately joined Horus when he called them to his side. However the novel Legion retconed things to make the Alpha Legion secretly loyal. It was revealed that they had turned traitor at the behest of an Xenos Cabal in order to ultimately thwart the plans of Chaos. It was also revealed/retconed that the Alpha Legion had not one but two Primarchs, identical twins hidden from all. 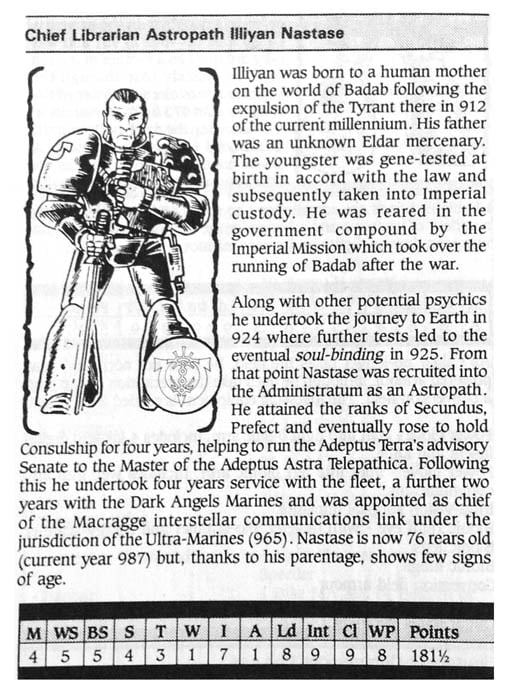 Look, early 40K was weird (at least compared by what we’ve come to know) and a lot of things that where true back in Rogue Trader have slowly been retconed away. Now a certain number of those retcons fall under the “well you didn’t know the whole story” or “this was there all along” category, or even the “might be true” or “just some random propaganda”. One of the oddest things though was the Imperium’s view towards Xenos at the time. Suffering not the Xenos to live is such a cornerstone of 40K that its become its own meme and the Imperium’s opposition to Xenos is legendary (see the first entry on this list).

And yet it wasn’t always so. Back in the day the Imperium was pretty welcoming of the Xenos, Illiyan Nastase upthere was the Chief Librarian Astropath of the frigging Ultramarines was a known half human/half Eldar mix. Note that he was also an important player in Terra’s politics. Another idea retconned away we can see with him, is that Librarians, or other people, might serve with various Chapters for a period of time. 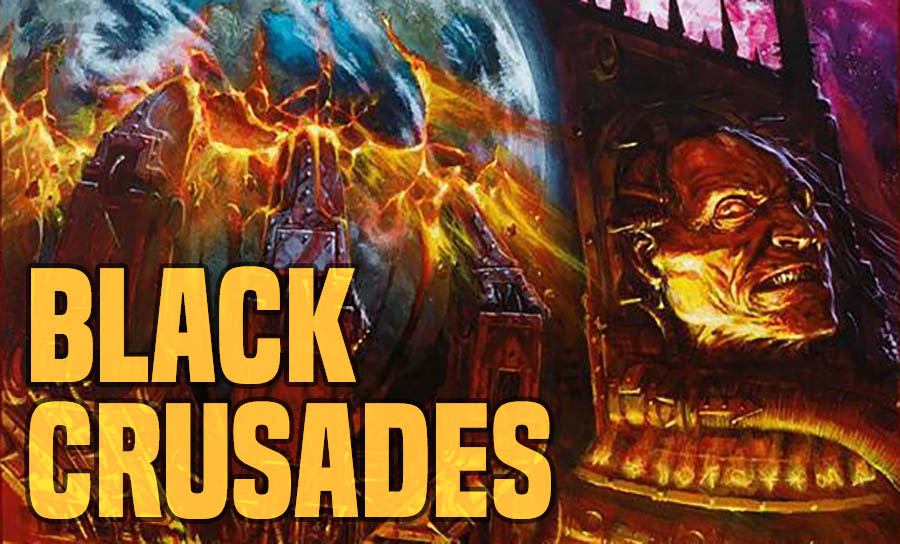 This might be the biggest retcon of all time. Over the many years of the Long War, Abaddon the Despoiler, Warmaster of Chaos has repeatedly tried to bring down the Imperium. Though he had led many attacks against the forces of the Corpse God, the greatest of his campaigns where known as the Black Crusades of which he launched thirteen. Each of these posed a major threat to Imperial Space, yet ultimately each time the Imperium rallied together and at great cost thwarted the Despolier, sending him screaming back to the Eye of Terror vowing to return like a Saturday morning cartoon villain. The final, the 13th Black Crusade was a massive assault against the fortress world of Cadia, covered in the Eye of Terror campaign in 2003, this campaign also saw Abaddon defeated and thrown back. For fourteen years he waited in the Eye of Terror plotting anew.

Then in 2017 came the big retcon. The 13th Black Crusade was never defeated it turns out. The victory won in the Eye of Terror campaign, which seemed final, was actually just won against perhaps the vanguard and the real attack hadn’t even happened. Indeed everything was going just as planned for Abaddon. Even more “surprising” all his other failed Black Crusades weren’t failures at all, they had all been targeted strikes that had succeeded in achieving the Despoiler’s esoteric goals. Abaddon wasn’t the biggest failure or pasty in the galaxy, but actually the greatest mastermind of all time. With the destruction of Cadia a series of defeats turned into a victorious road map to dealing the Imperium the greatest blow it had felt since the Heresy. Abaddon was redeemed. Of course this new Abaddon surely wouldn’t just go back to his old habits of half victories and losing to Imperials right away would he? Whats that? Whats a Vigilus? Never head of it. 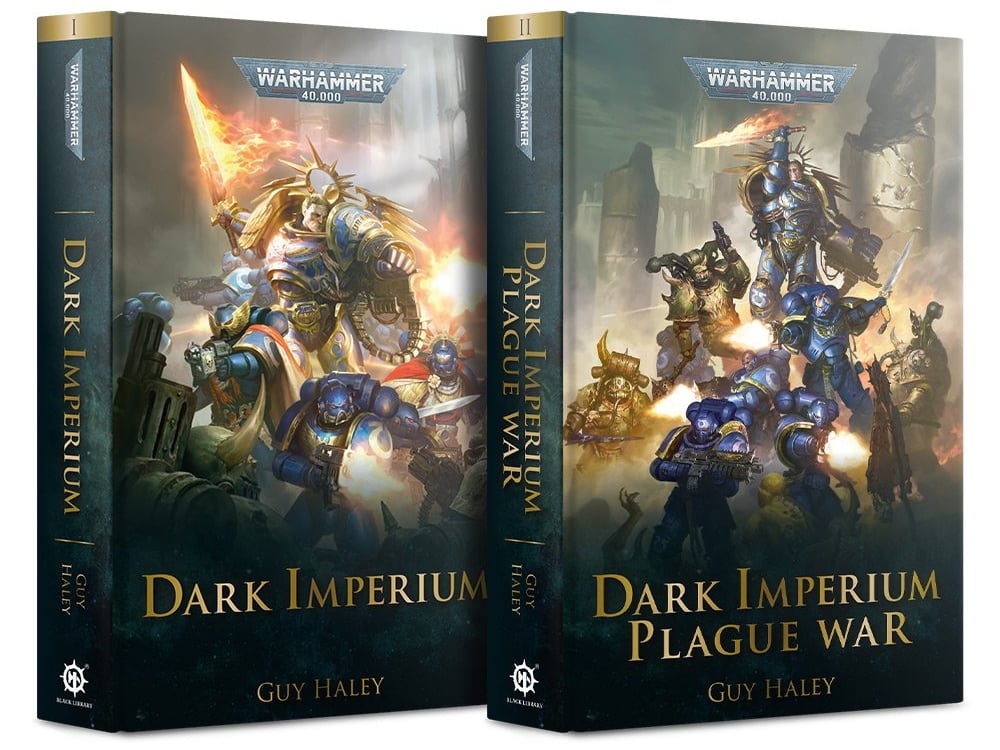 When 8th Edition came out it was “set” about 200 years after the end of 7th Edition and the opening of the Great Rift. The books and stories that pushed 40K forward and were set in the “present day” all took place then, with 200 years having passed and the Indomitus Crusade having come to an end. The first two major books of the Dark Imperium trilogy, the keystone of 8th Edition fluff, came out and took place 112 years after the opening of the rift, and even these were kind of “in the past” of current 40K. They describing the Plague Wars, something which the core rulebook described as finished and past events.

A few months into 9th Edition this changed however. As they announced the third book in the trilogy, GW also told us they were officially retconning the timeline. Instead of taking place 112 years later, the Dark Imperium books now would only take place 12 years after the opening of the Great Rift, with the first two books being rewritten. After this change the “current year” of 40K would be 12 years after the Great Rift and the Indomitus Crusade, far from being over is now in full swig. This has to go down as one of the biggest retcons in all of 40K.