‘Doctor Who: Eve of the Daleks’ is a NYE Timey-Wimey Good Time 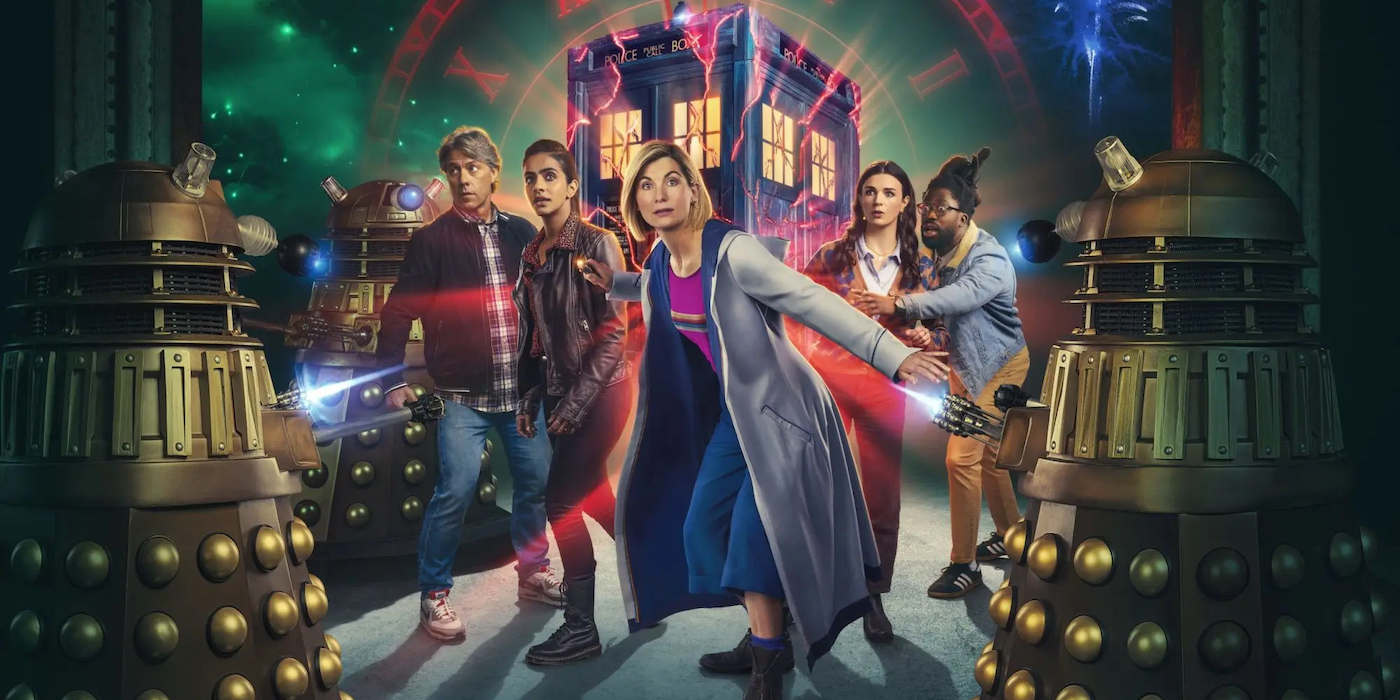 Eve of the Daleks is the first of three final episodes featuring the 13th Doctor. And this New Year’s Eve special kicks off with a bang.

After the 13th season of the BBC’s Doctor Who left audiences a little confused, Eve of the Daleks was a nice return to a classic one-shot storyline. The New Year’s Eve special was the perfect countdown to 2022, and the literal fireworks weren’t the only sparks flying in this episode.

Unless ‘Eve of the Daleks’ is firmly in your past, you may not want to proceed. The future of this article contains spoilers!

First Off, WTF was Flux?

The end of season 12 left a lot of questions floating in the air. Unfortunately, season 13 didn’t provide much in the way of clear answers.

Thanks to COVID production halts, season 13 was shortened into a mere 6 episodes. And yet, somehow the season managed to be more complicated and any season of Who yet. So complicated, in fact, that showrunner Chris Chibnall released an explainer video.

Still confused? I’ll be honest, I am too. After multiple rewatches of the season, I walked away with the basic understanding that there’s a good deal of the Doctor’s history that she has no memory of. Of course, we already had an inkling that was the case thanks to Doctor Ruth (but not that Doctor Ruth. I mean the Fugitive Doctor.) 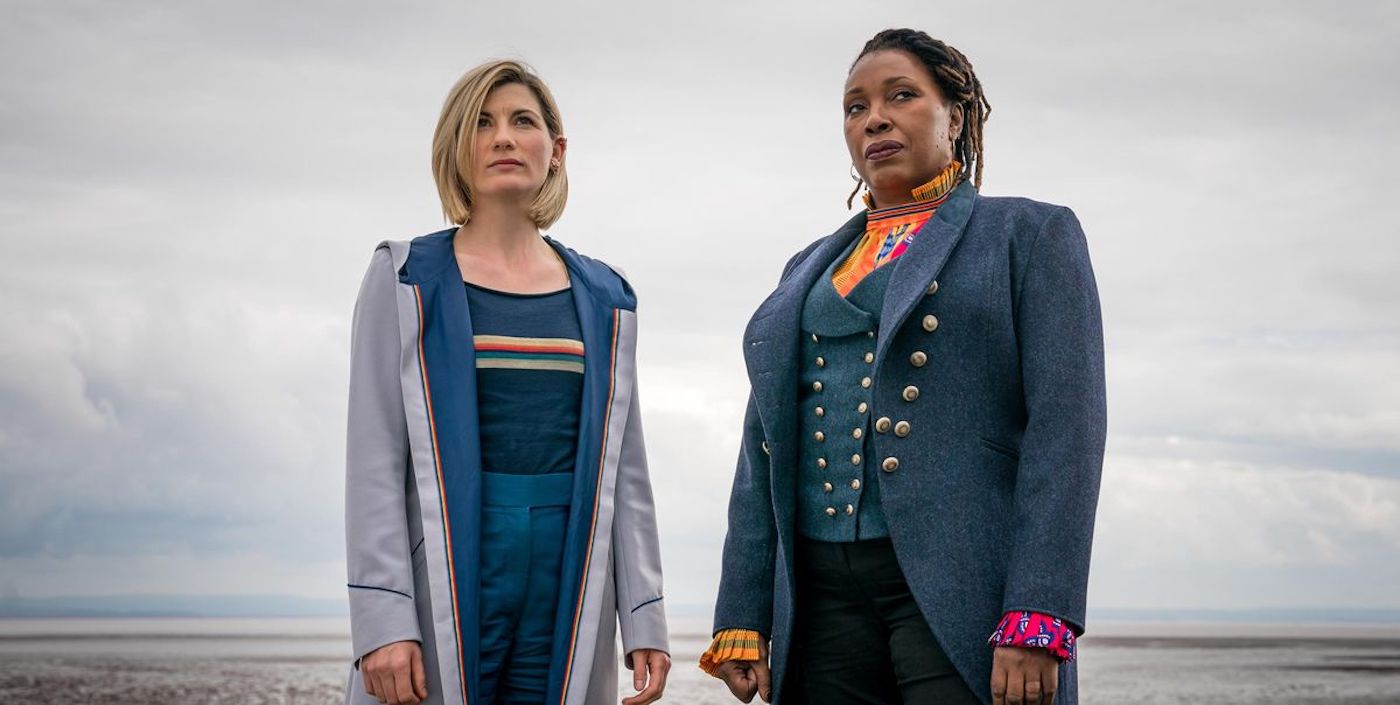 Thanks for the explainer, BBC, but the fact that it’s needed at all is a problem. I don’t mind the changes to Doctor Who lore. After all, the Doctor’s past is just as flexible as their future. It’s all par for the course when you’re telling a tale of a regenerating time traveller.

But trying to keep up with the shortened season of Flux was a struggle. In fact, it felt more exhausting than trying to explain the whole of Doctor Who to someone who’s never heard of it. Chibnall’s storytelling did a lot of loop-dee-loops, and left a bit of a narrative mess in its wake.

Eve of the Daleks Feels Like Doctor Who Again

Fortunately, we’re back to a good, old-fashioned time-loop story in Eve of the Daleks. That’s right, the first of three final episodes of the 13th Doctor’s run was its own self-contained story. No greater confusing arc, just the Doctor and her friends being more clever than the Daleks.

And that, kiddies, was a New Year’s gift. It was the fun I’ve been missing since the end of season 12. In keeping the plot simple, Chibnall was able to do what a good Doctor Who story does best– shine a light on the Doctor, her companions, and one of her most sinister foes, the Daleks.

Joining Yaz (Mandip Gill) and Dan (John Bishop) at the Doctor’s side are two newcomers to the show. Sarah (Aisling Bea) is stuck working at her storage unit on New Year’s Eve while everyone else she knows is celebrating. There’s also Nick (Adjani Salmon), whose visit to the storage facility is motivated by more than just a battered game of Monopoly. 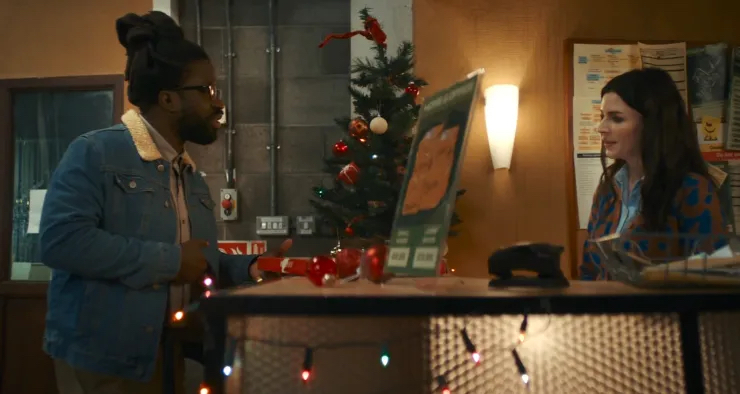 Enter the Doctor, Yaz, and Dan. Well, until everyone is blasted to death by a Dalek. But it’s fine! Because this is a timeloop story– and the whole crew is back soon enough to be killed all over again.

Each time time loops, it does so with one minute less. This not only gives our team an opportunity to plot the demise of the Daleks (there are two now), but cleverly creates a little New Years Eve countdown of its own.

The story itself is a near-perfect roundabout, resetting with each round of deaths. It gives our gang the opportunity to outwit the Daleks using their own method of thought against them. And while they’re running against the clock, the characters explore their feelings for each other as well.

For the Love of the Doctor

Of course, Nick’s storage unit full of ex-girlfriend memorabilia turns out to be a means to a better end. We’re given another great story resolution when Nick and Sarah work out their feelings for one another. But the new friends aren’t the only ones sorting through complicated affections.

Ever the observer, Dan says out loud what some fans have suspected since Flux. Yaz is in love with the Doctor. And bless Dan, he gently confronts the Doctor, pointing out that she’s not as emotionally-aloof as she pretends to be. While the subject is left at that, there are still two more episodes in which Whittacker’s run on the character will come to an end.

‘Doctor Who: Eve of the Daleks’ is available to stream now on Philo and AMC+. 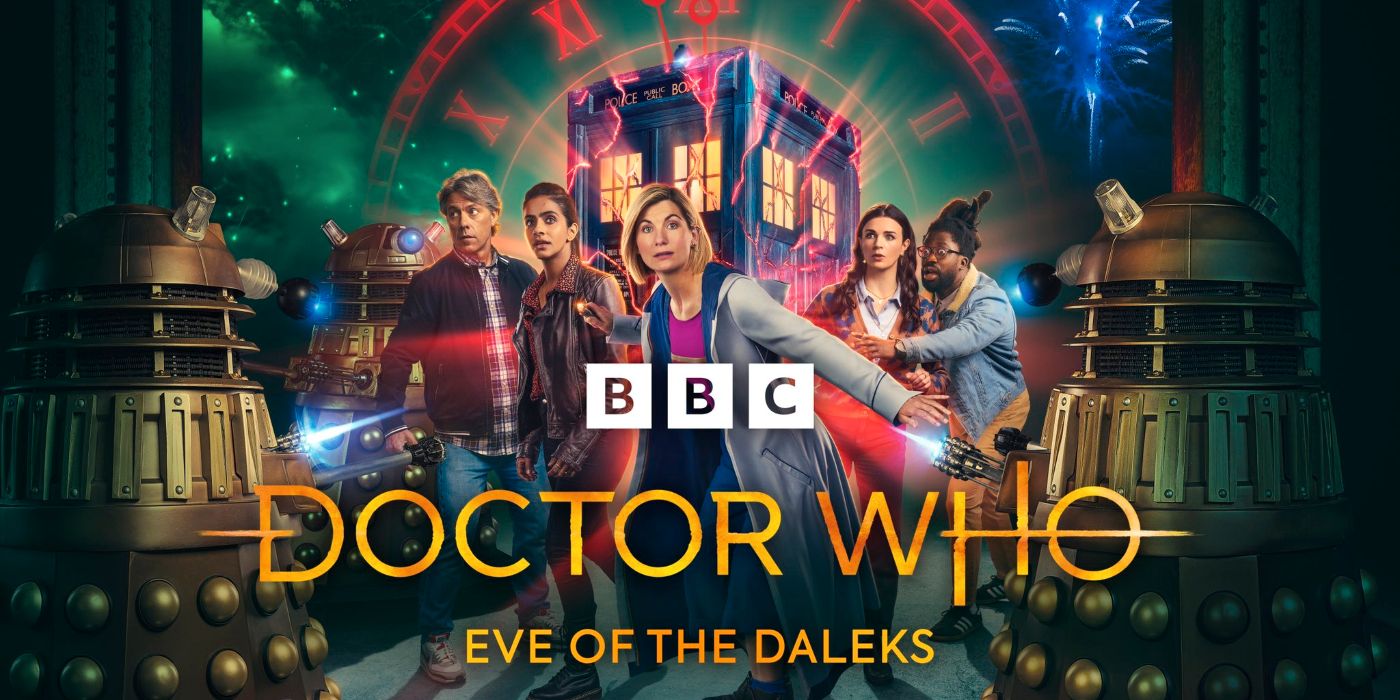 Author: Danni Danger
Danni is a staff writer and editor whose expertise lies in comic books, superhero movies, science fiction/fantasy, horror, and cheesy dad jokes. They spent 8 glorious years working at Austin Books & Comics, and created content for almost 15 years. They've written for the Daily Dot and made YouTube content with the Weirdlings. Danni currently does all the things for BoLS, Screen Fanatic, and TheStreet.
Advertisement
Doctor Who Movies and TV Pop Culture Sci-fi
Advertisement 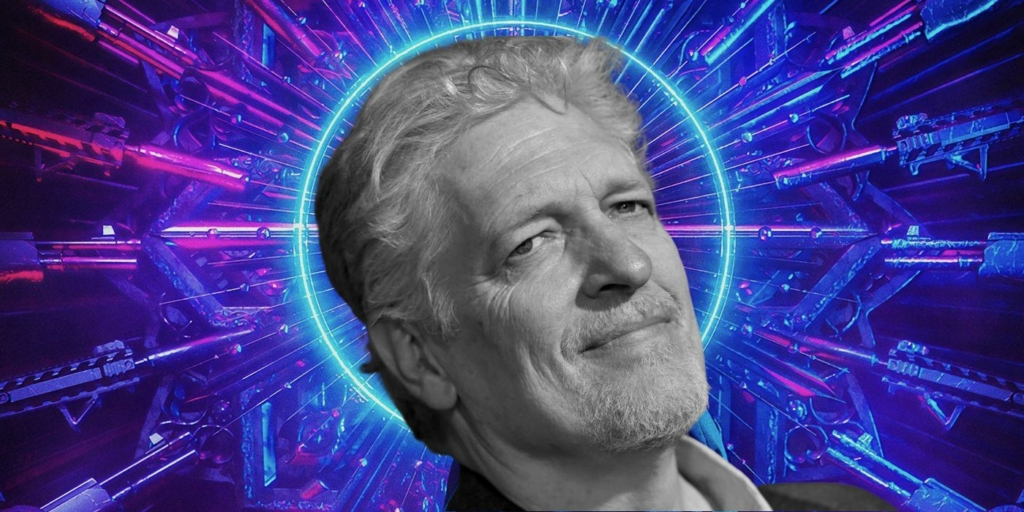