Marvel Explained: Who is Jane Foster and Why is She Wielding the Hammer of Thor? 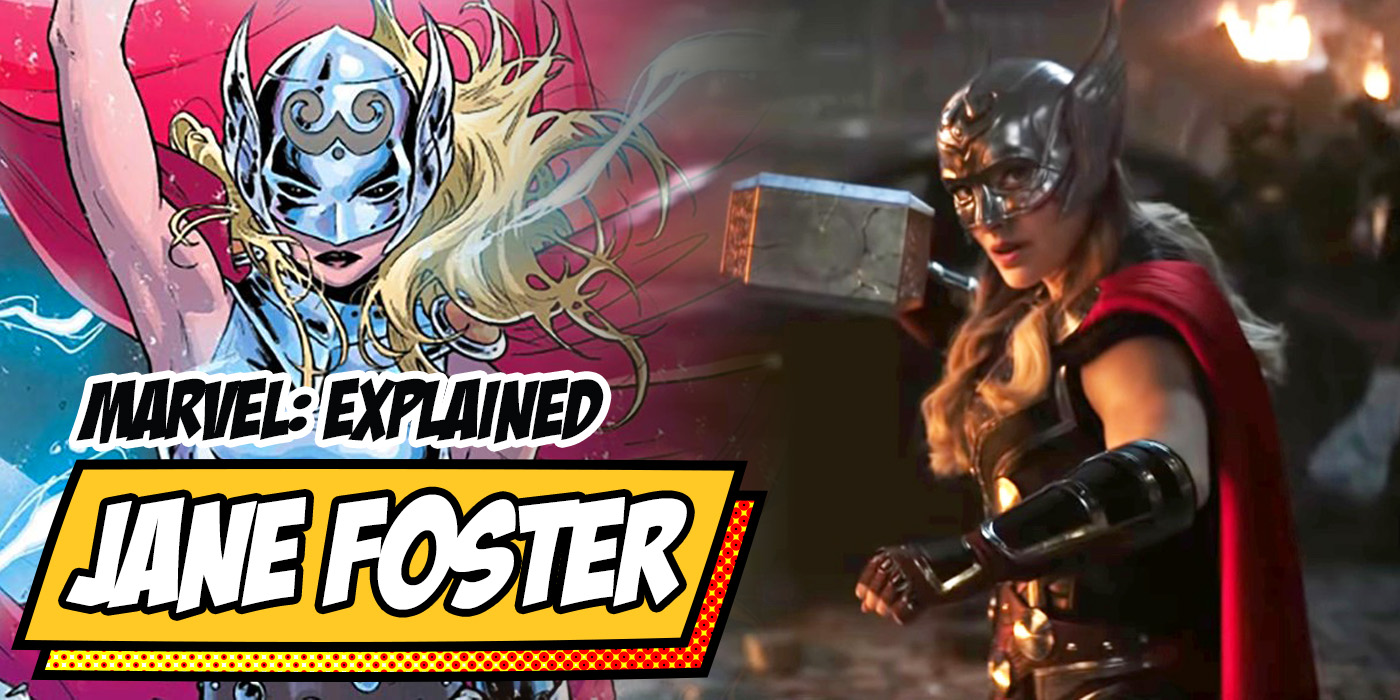 There’s a new Thor in town, and her name is Dr. Jane Foster! Here’s everything you need to know about the new wielder of Mjölnir.

Everyone is talking about the Thor: Love and Thunder teaser trailer that was just released this week. And sure, there are a lot of thrilling moments. But nothing looks quite so incredible as the moment Mjölnir zooms right past Thor’s face and lands in the worthy hand of Jane Foster. Natalie Portman’s swooning astrophysicist character has just been upgraded to the Goddess of Thunder. But how does her new story in the MCU compare to the character’s comic book history?

Who is Jane Foster?

Jane Foster was originally a nurse hired by Dr. Donald Blake, the human who shared his body with the mighty Thor Odinson. This being a simpler time, Jane was mostly portrayed as a swooning love interest with serious hots for Thor. But she didn’t seem to notice the affections of Dr. Blake. Of course, Odin had plenty to say about Thor’s falling in love with a human. And being the all-powerful jerk that he is, his interference in Jane’s life caused quite a few problems.

Finally, Blake and Jane finally got on the same page about their feelings for one another. Odin said he would allow his son to marry a mortal if she could prove herself worthy. But then Jane helped a villain escape because she believed it was the only way to save Donald Blake’s life. So Odin went full Judge-Judy and declared that Jane wasn’t worthy of his son.

But nobody puts Jane Foster in a corner! Thor defied his father and revealed his identity to Jane. He brought her to Asgard. There, Odin declared that he would give her a test to determine if she could be a goddess on Asgard. Without explanation, Odin transformed Jane into an Asgardian with a full set of powers. But she was pretty bewildered by the change and strange environment. Apparently having an emotional reaction to a drastic change to your own physiology means you fail Odin’s test. So he erased all of her memories of Thor and she was sent back to Midgard. Once home, she went to work for a Dr. Keith Kincaid, and the two fell in love. Meanwhile, Odin pushed his son to develop affections for his Asgardian friend Sif.

Thor and Sif soon rekindled their childhood romance, and everything was great – until Jane Foster got sick. As she lay dying, she called out to Thor. Her call was heard by Sif, who used the Runestaff to imbue Jane with her life force. In doing so, she saved Jane’s life. The fusion also gave Jane access to all of her memories of her time with Donald Blake. Plus, Jane now had some Sif in her spirit. Jane was suddenly able to aid in her own defense as she traveled the realms at Thor’s side.

Eventually, Sif and Jane were separated, and Jane was reunited with Dr. Kincaid back on Earth, where the two were married. Jane went on to become a doctor, and her path crossed with Thor’s a few times over the years. But mostly she lived a normal life.

How Did She Become Thor?

Now that we’ve made it through all the soap opera stuff, we can get to the goods. That’s right, Jane Foster rocking that sweet, sweet hammer energy. But before we get into that tale, let’s just take a moment to appreciate 1978’s What If? #10, in which Jane finds the hammer instead of Donald Blake and becomes the mighty… Thordis? The 70s were a weird time.

Anyway, back in the regular 616 universe, Jane has been diagnosed with breast cancer. She didn’t let that stop her from serving on the Congress of Worlds as the representative of Midgard. But her chemotherapy didn’t seem to be working and no one could figure out why. But it’s because Jane had a secret.

After Thor suddenly found himself unworthy to wield Mjölnir, his powerful hammer sat embedded into the surface of the moon. Until it called out to the worthy one, our girl Jane Foster. At her request, Heimdall brought her to the hammer, and when she lifted it, she transformed into Thor.

The former Thor, who now went by simply Odinson, wasn’t too thrilled at being replaced. But soon, Odinson gave the new Thor his blessing – despite not knowing her identity. As Thor, Jane protected the realms from foes like Malekith the Accursed, the Destroyer, Doctor Doom, and more. After many adventures and the Odinson earning back his worthiness, Jane now serves the realm as the Valkyrie.

Jane Foster in the MCU

Of course, these days, we know Jane as the amorous astrophysicist and astronomer played by Natalie Portman. And with this summer’s Thor: Love and Thunder premiere, Jane will be swinging a newly-repaired Mew-mew. Obviously, we couldn’t be more thrilled. You go, girl.

Will the Warner Bros. Discovery Merger Revitalize the DCEU? 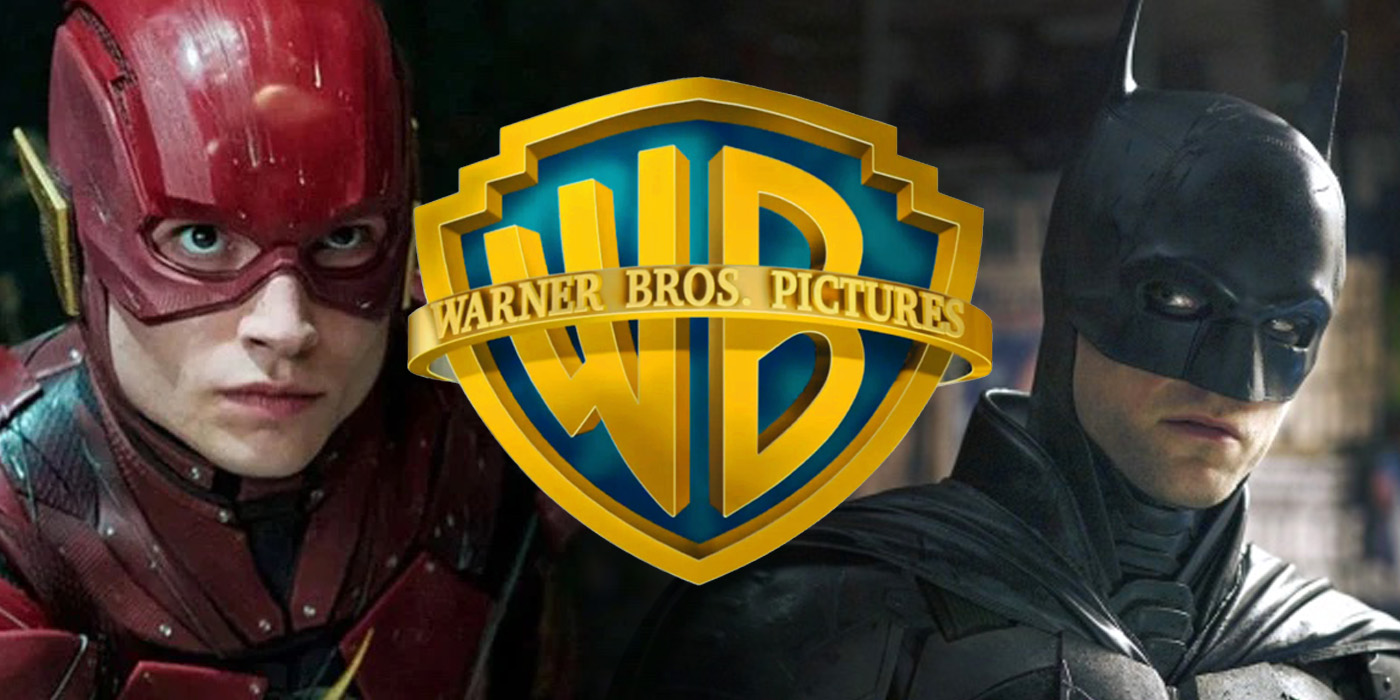