Summer of 1982 Changed the Course of Movies Forever 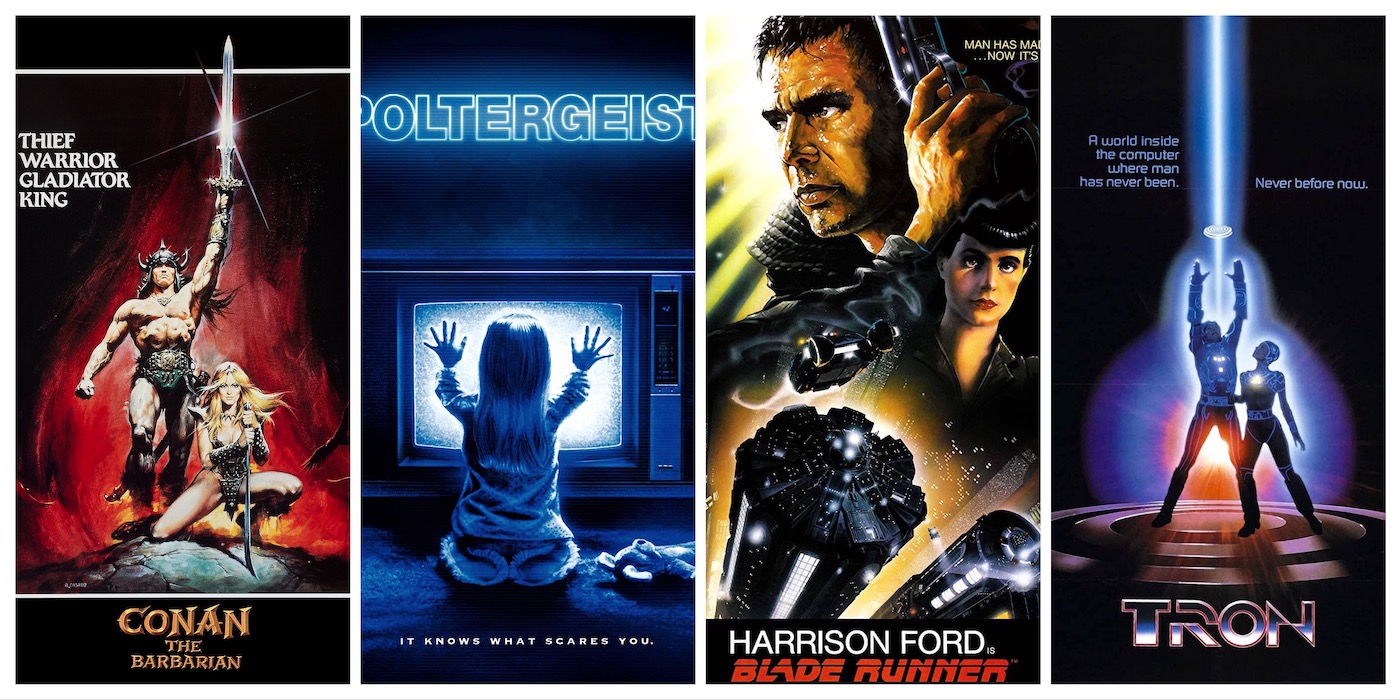 The summer of 1982 saw the release of groundbreaking and game-changing sci-fi, horror, and fantasy. All over the course of three months.

1982 was an incredible year for film. So many classics (cult and otherwise) and iconic performances were on the big screen over the year. The summer, however, was extra. An influential movie in every genre hit theaters in a three month span. And the critics hated most of them.

Conan The Barbarian (May 14th)

The decade’s love of fantasy kicked off with Flash Gordon in 1980 and grew rapidly from there. Two years later, film producers Edward Summer and Edward R. Pressman kicked off Arnold Schwarzenegger’s post body building acting career. And it introduced James Earl Jones to a new audience.

The movie follows the orphaned Conan on a road to revenge against vicious necromancer Thulsa Doom and his cult. As he journeys across the prehistoric landscape of the Hyborian Age he meets warrior Valeria and archer Subotai who join Conan on his quest. They fight cult members and eventually face of with Doom with the help of Crom.

Conan the Barbarian held as one of the classic fantasy films, even though its release was met with uneven reviews. It’s not a personal favorite of mine, but I won’t say no to rewatching it. It’s fun. Schwarzenegger is a perfect Conan – big, strong, good looking.  Yeah, he doesn’t have a ton of dialog, but he doesn’t need to. James Earl Jones is a fantastic and memorable villain. They gave him a wonderful wardrobe. On top of all that – the sets, locations, and special effects are impressive.

Definitely one I suggest you see if you haven’t. At the very least, you’ll be able to pick out its long lasting impact in newer movies (including the MCU).

Horror director Tobe Hooper lent his expertise to this haunted house story by Steven Spielberg. The Freeling family move into Cuesta Verde, a planned community in California. Everything is peachy until their youngest daughter, Carol Anne, starts talking to an entity hiding in the family’s TV. The weird happenings accelerate quickly and Carol Anne is sucked into an alternate dimension.

The special effects terrified audiences when Poltergeist hit theaters. Hooper worked with ILM to create the spectral monsters and supernatural happenings. It’s those that make this bottle movie a success and remains terrifying for new viewers. It’s a flat out iconic horror movie. You can see its influence in Paranormal Activity, The Conjuring, and Insidious. Its visuals can be seen in Ghostbusters, Lifeforce, and a ton of movies until the era of cheap CG started.

Going head to head with Hooper’s tale of haunting was the second Star Trek movie. Wrath of Khan is generally considered the best of the Trek big screen movies thanks to Ricardo Montalbán’s return as Khan Noonien Singh. The tension filled story revolves around Khan and Kirk trying to outwit and outmaneuver one another. Kirk has to face a lifetime of mistakes while trying to stop Khan. It covers the heaviest themes of the show – regret, aging, and grief. 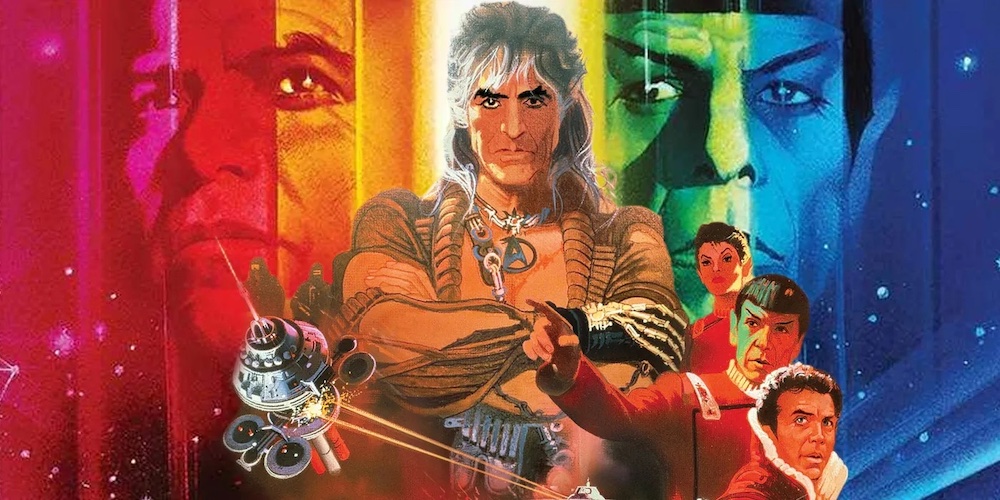 It turns the sci-fi show into something more and that hard(er) sci-fi could be a success on screen. Wrath of Khan holds up to this day as a brilliant movie, not just a Trek movie. You’ll get into the story even if you’re not a Trek fan (I’m not and I really like it). Heck, Director Nicolas Myer didn’t watch the TV series at all before making this movie – and it’s big part of what works for it.

A story of otherness, loss, empathy, and hiding an alien in your closet so your mom won’t find it. It gave me nightmares as a kid.

The Spielberg classic changed what family films could be and proved they could make bank. It obliterated the box office (making $730 million – fourth highest of all time), won numerous awards, and has influenced science fiction on the screen and off. It’s also part of the National Film Registry at the Library of Congress. 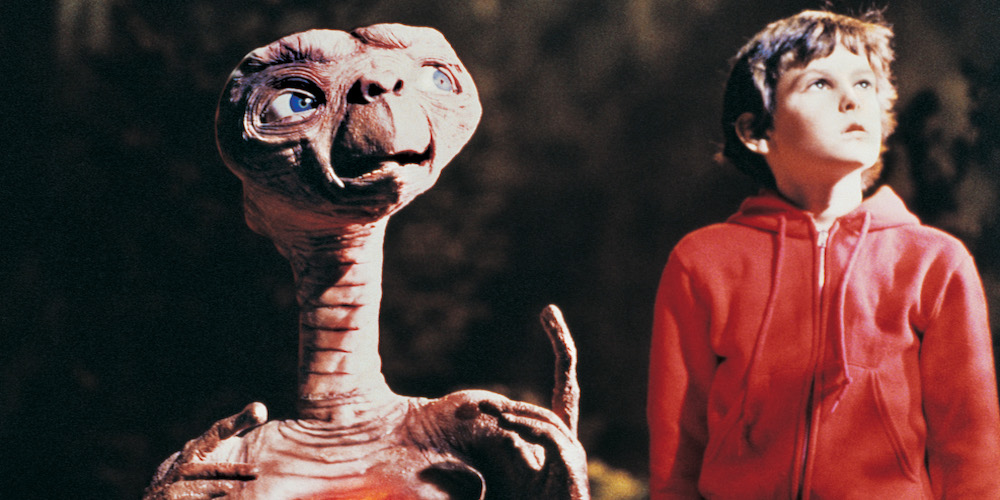 Ridley Scott’s Blade Runner hasn’t always been the sci-fi icon that it is now. It was a flop at the box office and it polarized critics who claimed it was too slow and didn’t have enough action. The movie has since been added to the National Film Registry and had seven different cuts released.

Based on Philip K. Dick’s 1968 novel Do Androids Dream of Electric Sheep? the movie follows former police officer Rick Deckard as he hunts down a trio of replicants. It puts into question the nature of humanity and consciousness, as well as bodily autonomy.

It’s one of the most influential movies of all time. Along with inventing both sci-fi noir and cyberpunk aesthetics, Blade Runner kicked off a number of adaptations of Philip K. Dick including Total Recall, Minority Report, A Scanner Darkly, and Paycheck. Its influence can be felt in movies like Ex Machina, The Terminator, Gattaca, The Matrix, Strange Days, Ghost in the Shell, and a ton more.

John Carpenter‘s take on 1951’s The Thing from Another World is known for its brilliant depiction of paranoia and its creatures and special effects. It is terrifying on all fronts. The story is simple: an infectious alien life form arrives at a remote arctic research station and decimates it from within. It can infect anyone, so everyone turns on everyone else and the tension builds. Even without the creature feature, it’s a very effective psychological horror movie. 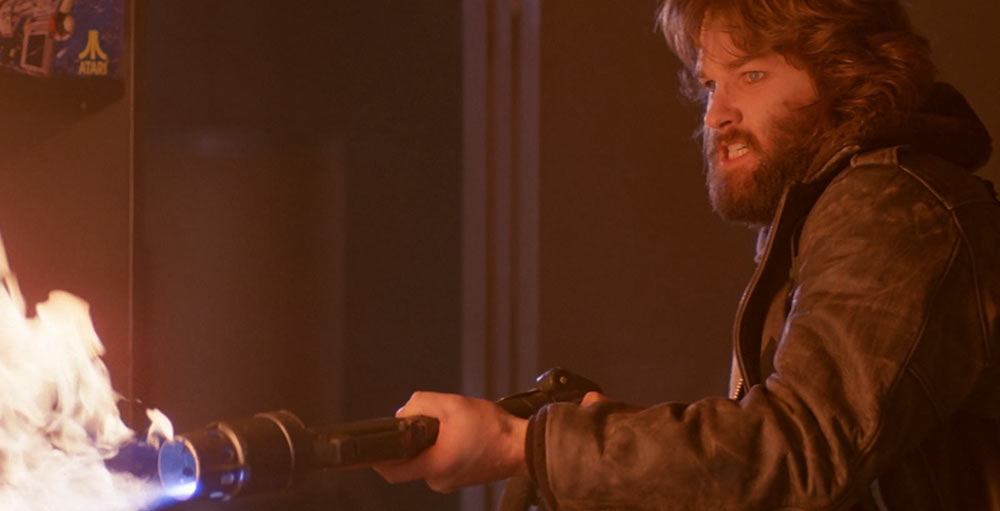 Rob Bottin’s (who was only 21 when The Thing was made) creature effects took up $1.5 million of the movie’s $15 million budget. They used a mix of mechanical parts, rubber, chemicals, organic matter, and even microwaved bubble gum to create the creatures. Bottin even recruited a double arm amputee to help with the complex chest chomping scene.

The critics hated The Thing when it came out – calling it to dark and nihilistic. I love this movie. It’s easily in my top 5 horror movies and is my favorite Carpenter movie (even more than Escape from NY).

The technological marvel from Disney. Director Steven Lisberger was inspired by the rise video games in the mid 1970s. Initially he wanted to make Tron as an animated feature, but decided the look wasn’t right. In the end they used backlit animation, computer animation, and live-action shots. It was the first movie to extensively use CG. Sadly, the complex production didn’t even get a special effects Oscar nomination at the time.

It doesn’t have the best story or acting, but it advanced the technological side of movie making and would change the type of stories that came out of Hollywood. Tron was ahead of its time and still hold up as an early video game movie.

Why is this comedy here among all of this sci-fi and fantasy? It’s the template for all of the high school ensemble comedies that came out in the 1980s and 1990s. All of them. Fast Times was written by Cameron Crow based on his undercover experience at a California high school. It’s Amy Heckerling’s directorial debut – she went on to direct Clueless, among others.

It’s a bunch of high school students being high school students with a lot of crass humor and a great soundtrack. It provided Nic Cage, Sean Penn, and Eric Stoltz their first film roles. Plus Anthony Edwards, and Forest Whitaker early roles. Fast Times is another that was initially review poorly (Roger Ebert called it a “scuz-pit of a movie”), but is now on the National Film Registry alongside Citizen Kane. 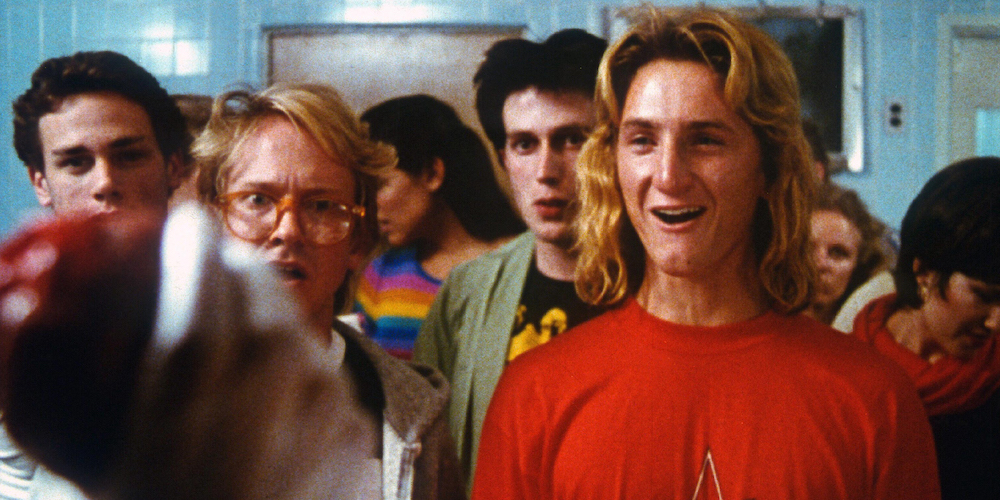 'The Black Phone' Review - A Call You Won't Regret Answering