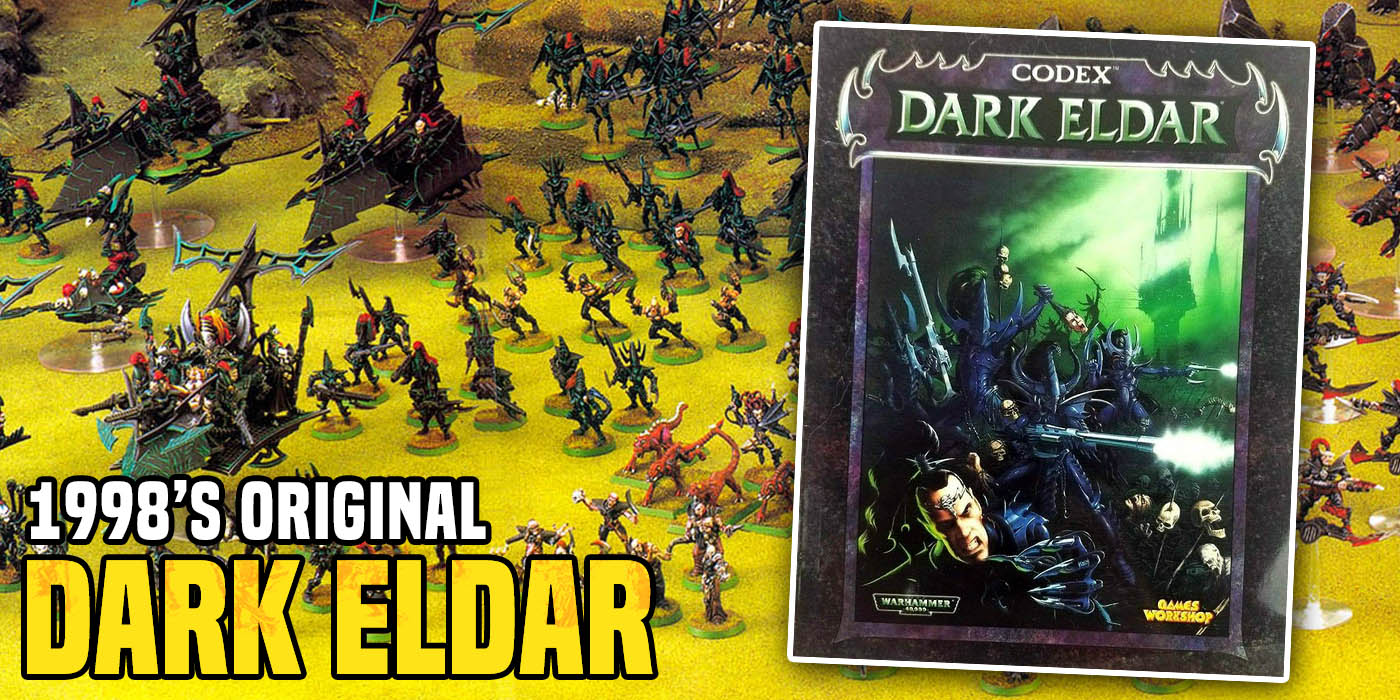 We are pulling out the old-school 1998 Dark Eldar from 3rd Edition.  No one truly escapes the Dark City – or these hair-dos!

In the Early Days of Commorragh

There were undoubtedly some random very early Eldar models from Rogue Trader that could be considered Corsairs or Eldar pirates. That said, things were very much in flux back then. It wasn’t until 3rd Edition that the Dark Eldar burst upon the scene in 1998 with their very own codex and a full line of minis. For all you Sisters players out there shooting your hands up: 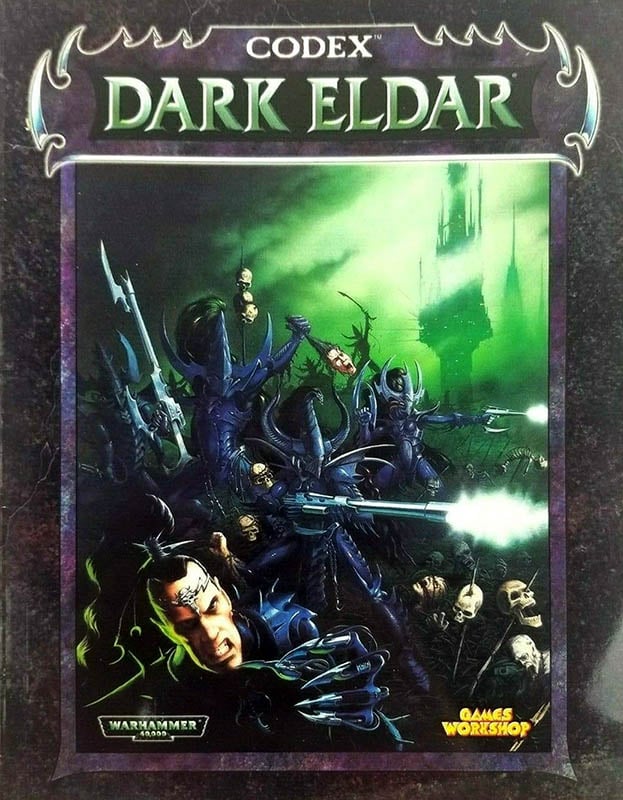 The Dark Eldar were the opposing force to the Space Marines in the 3rd Edition boxed set! When do you think THAT will ever happen again? No, Piety and Pain does not count. Take a look at this: 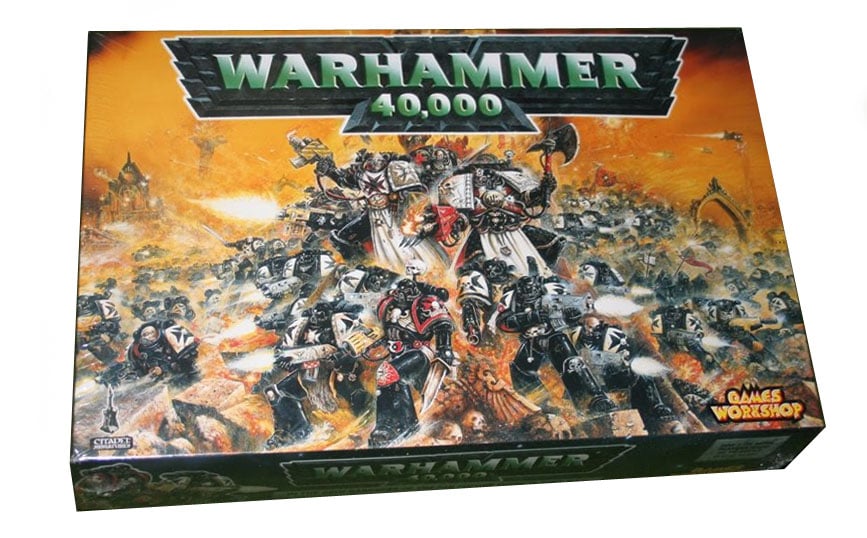 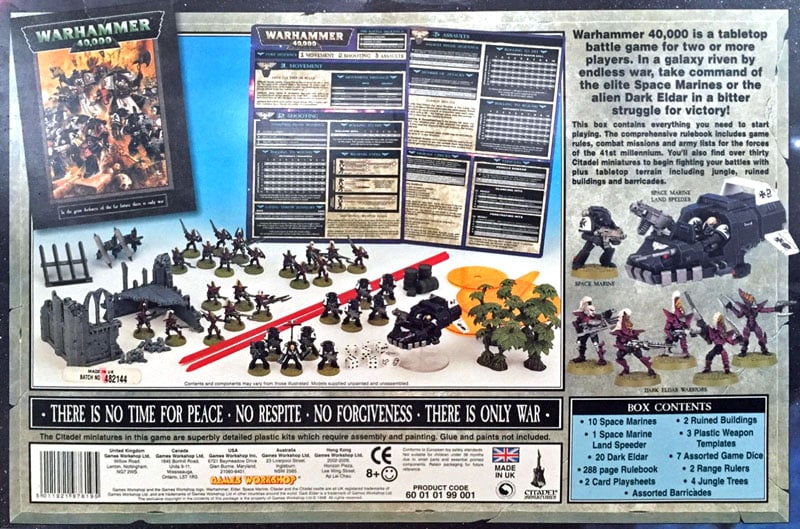 How many of you still have those plastic trees & ruins! (yes, GW’s 2021 reprint counts!) 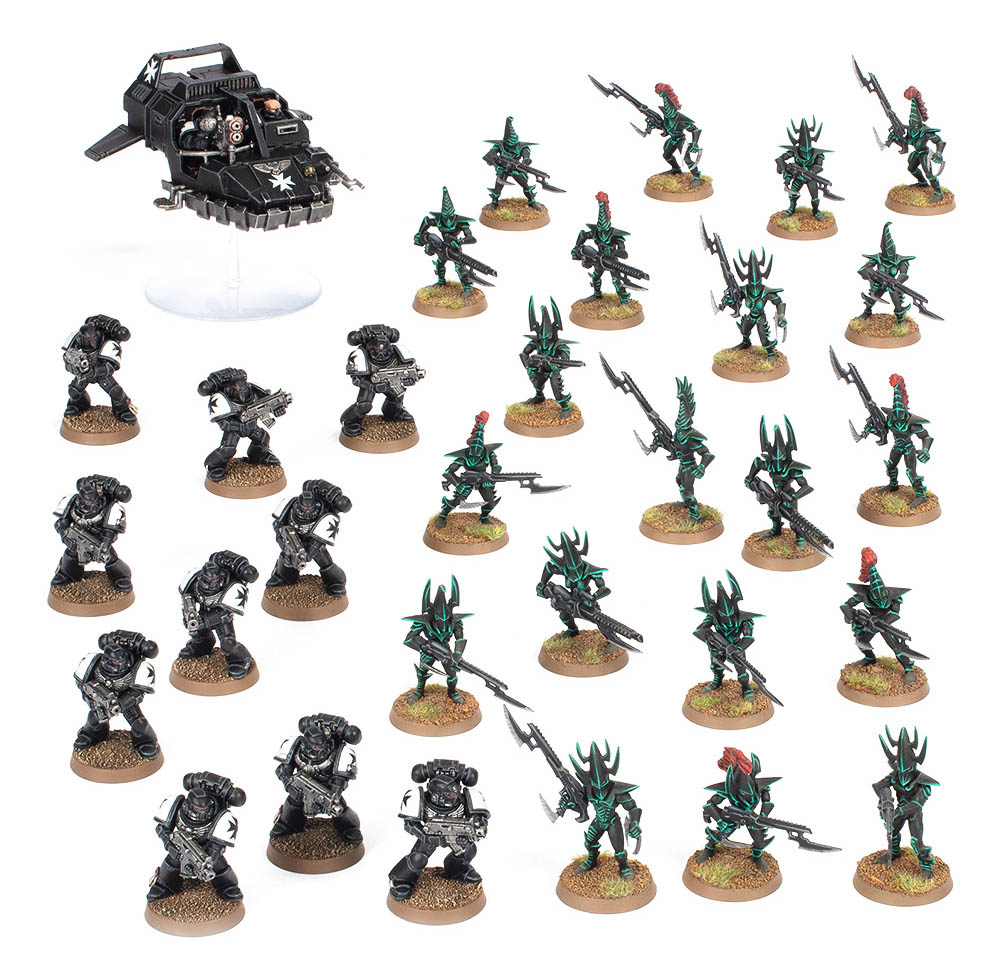 The current Dark Eldar range is coming down off their recent new plastic Lelith-Drazhar-Incubi high, but regardless of rules, they are a visual masterpiece – and scrub away most people’s memories of the original range from 1998 (which was very cool for its time). Let us take a walk down memory lane… 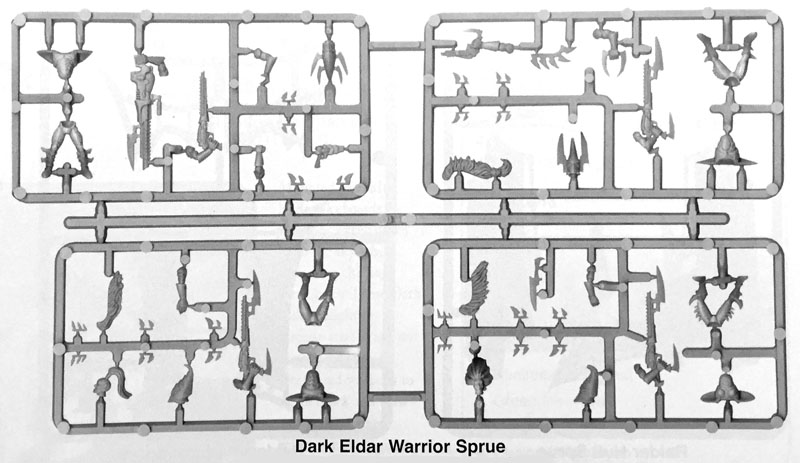 Warriors. I actually played a guy who leaned over the table and got half a dozen of these stuck to his sweater.  It was a thing. Also a call out to the Warrior 5th from the right – BEST HAIR IN COMMORRAGH!

Reavers. One of the better models in the range. The overhead firing guns (with blades) just add to the danger!

The Talos. Giving Dreadnoughts a run for their money back in the day! Also explodes into millions of pieces if dropped.

The Ravager was fast and deadly – and looked the part. Just be careful, the old plastic base could barely hold its hybrid plastic and metal weight.

The man, the legend himself – Asdrubael Vect on his Dais of Destruction. Pimp your Raider indeed. Perhaps one day he will return to the Grimdark.

The Dark Eldar were exactly what you expected on the 3rd edition tabletop. They were the game’s definitive glass hammers (aside from the thrice-damned Shadow-field and the Talos, grrr, I’m still bitter). From a visual perspective, they had a powerful unified theme and appeared in GW art as a mono-colored force. A rarity in the ultra-bright multi-hued style of most 3rd edition armies. Take a look at them kicking some original metal Catachan butt from 1998: 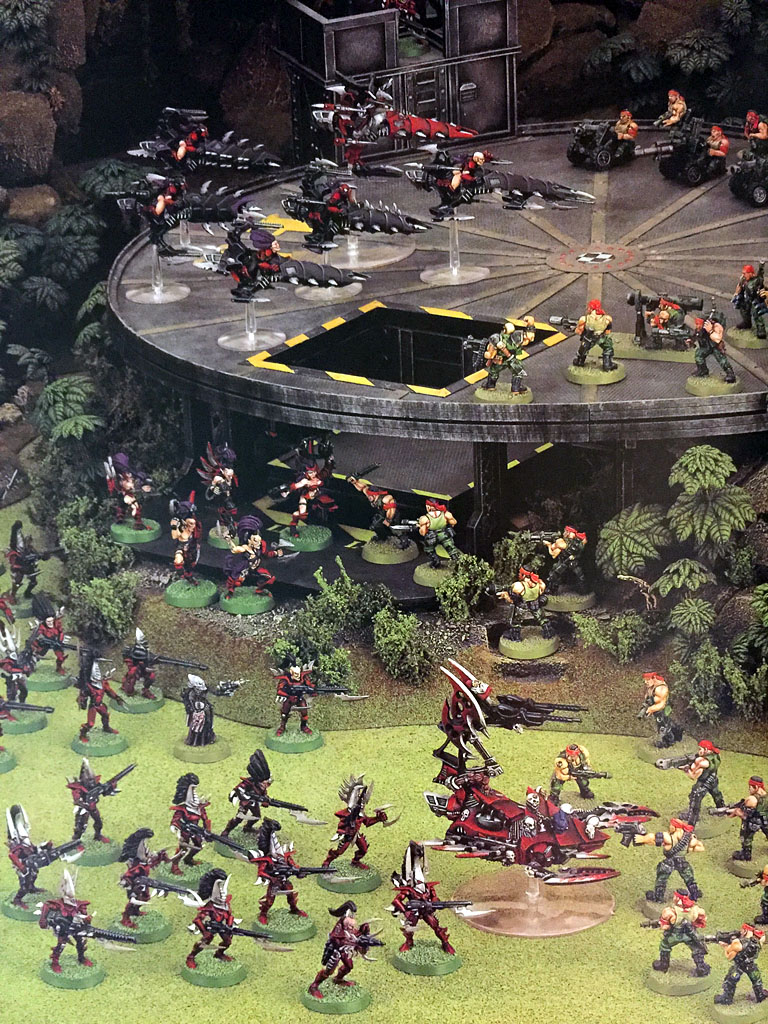 Here is an enormous Asdrubael Vect Kabal of the Black Heart army that rolled out with his mini. An extremely large force for its era. 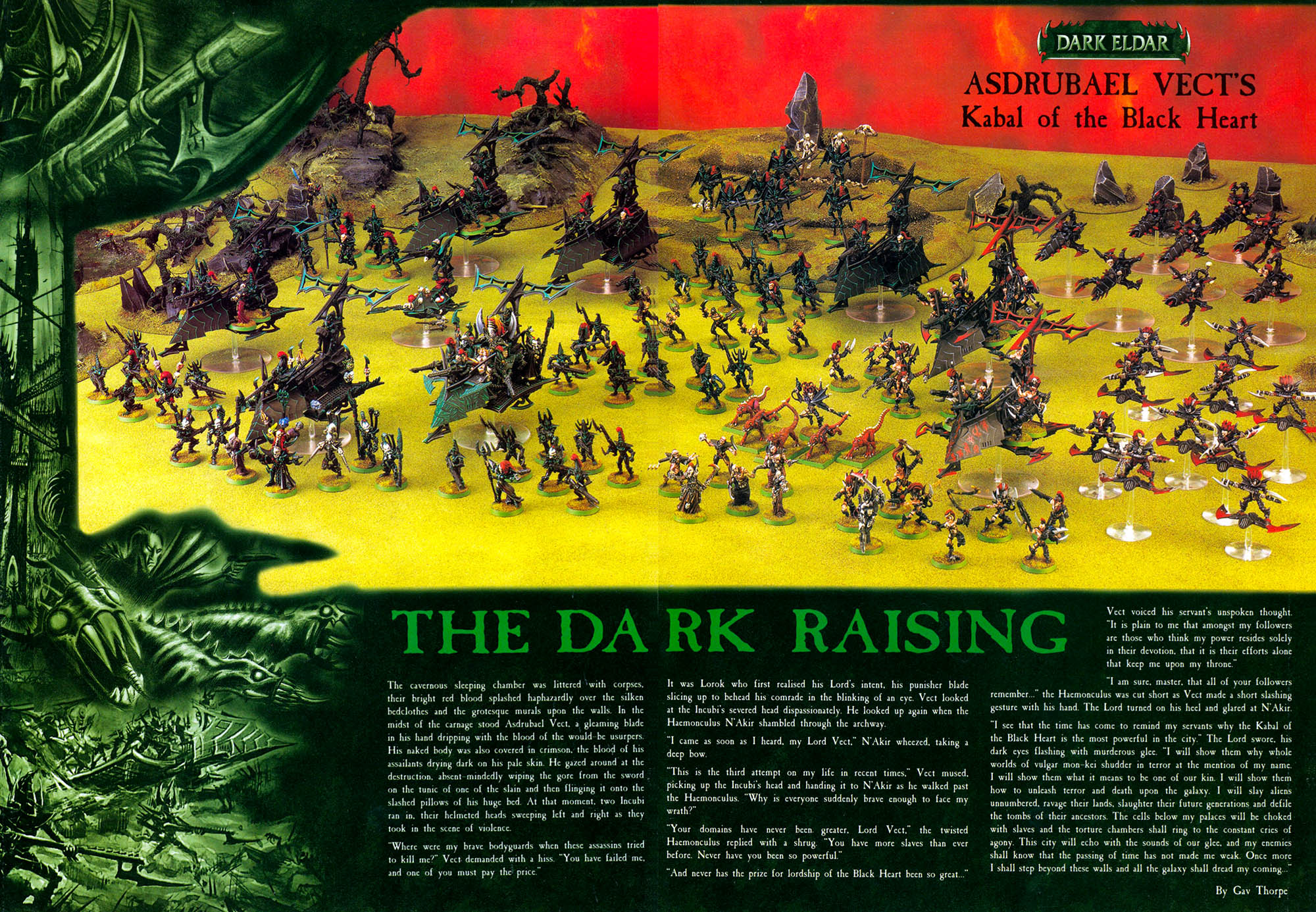 Today you can still occasionally see some real old-timers rocking the Classic Kabalites on the tabletop, often in combination with the newer models. I like to think of these as “down on their luck” Kabals from the poorer, distant sectors of Commorragh. They just need to get enough slaves on that next big job to buy those new sexy Raiders. 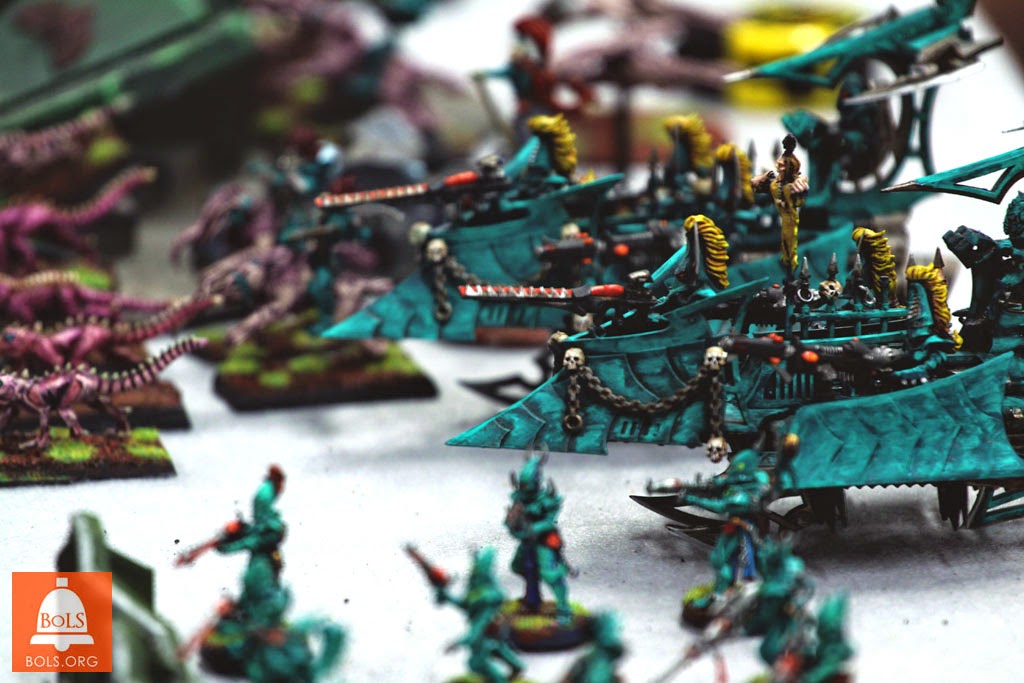 But we have come a long way in 23 years…

Horus Heresy: How To Play The New Edition 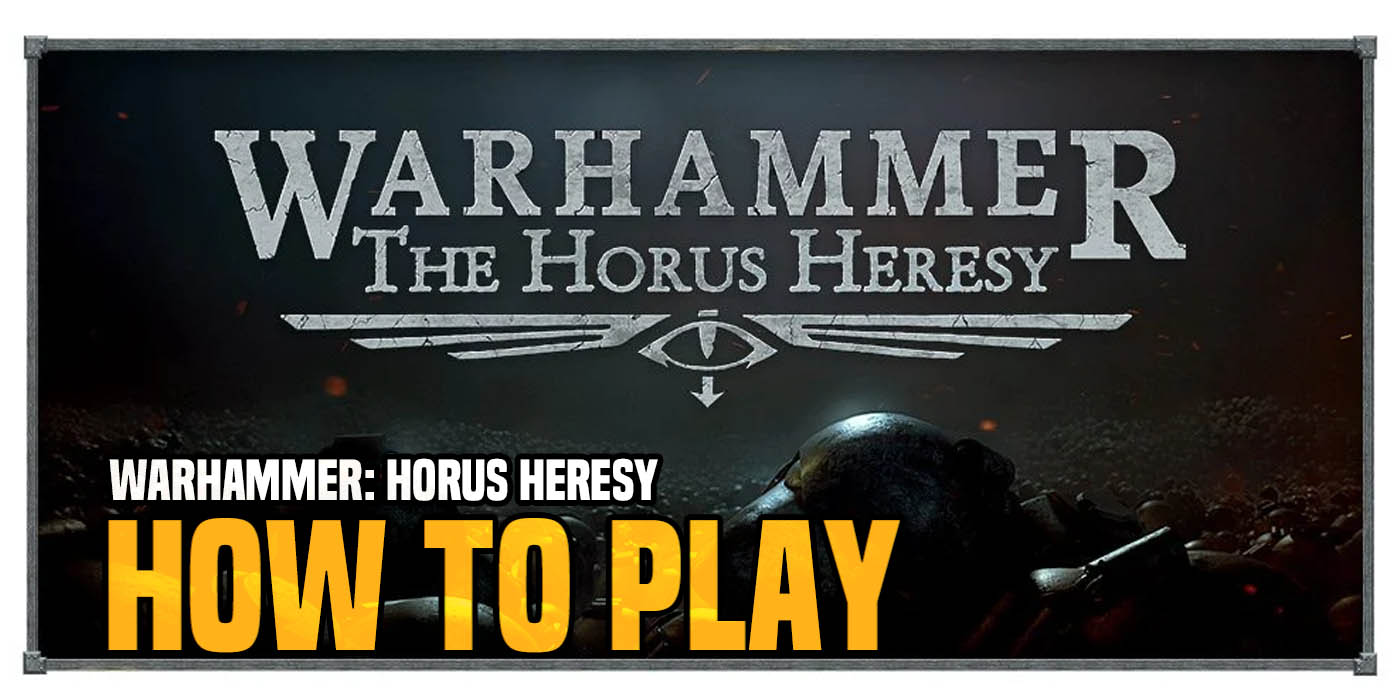