Me and C-3PO: How a Cosplayer Met His Hero 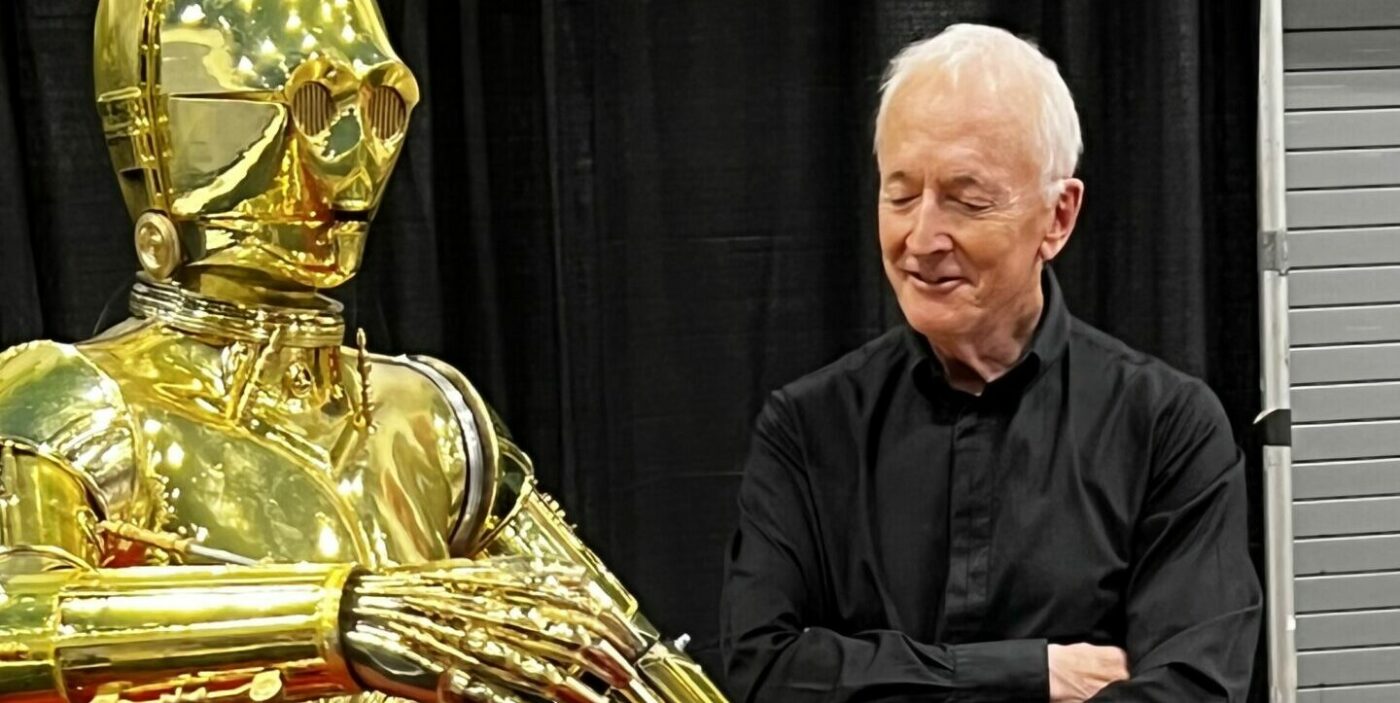 It’s not every day a cosplayer gets to meet the actor who played their famous character, but Stephen Mathis and Anthony Daniels pulled it off with this week’s C-3PO Cosplay feature!

Cosplayers dedicate their artistic talent and passion to recreating characters from fandoms they are fond of. In some lucky cases these days, those cosplayers are able to take their creations out in public and be appreciated by other fans. Today we’re celebrating an amazing fan story with this exceptional C-3PO Cosplay!

Stephen Mathis is a Star Wars die-hard. He has painstakingly crafted an EPIC, screen-worthy C-3PO cosplay. This season, he had the opportunity to take his new cosplay build to a convention to meet Anthony Daniels, the only actor to appear in all nine of the episodic Star Wars films.

The resulting cosplay (and images) are a treat for fans from a galaxy far, far away. We love hearing stories like these, ESPECIALLY when the actor referenced is a GEM of a human being who creates an excellent experience for the cosplayer. We hope your hearts are warmed by this C-3PO cosplay!

“I’ve always been a life-long Star Wars fan. C-3PO was one of my favorite characters next to R2-D2. For a long while I never really considered wearing the costume itself, because I assumed it was just agony. But it wasn’t until very recently that I started really getting into 3D printing that I thought I would make a 3PO to be the companion to my astro-mech droid I built. I didn’t know if I’d fit, but I thought I’d give it a try.” -Stephen Mathis

“As I started printing the files I found, I realized I was very close to the proportions of Anthony Daniels so I pressed on to make the full costume. It took months of work. I started printing test prints to check sizing, I bought a big new printer to print the larger pieces, and I tried to fit it all together as best I could. It wasn’t until very close to the Fan Expo date that I started to see the final results of the costume. I was painting and fixing and setting everything right up until the Saturday date. I stayed up till 5 am finishing things in fact.”- Stephen Mathis

“But it was all worth it. I was able to meet Anthony Daniels in the costume. The first time he saw me was during the photo op I had scheduled. When I rounded the corner he gave me a look of amazement that I was walking toward him. After the photo op, he smirked at said “I’ll see you later”. A short while later I met him at his signing table and the interaction was amazing. He mused over the costume, asked me how I built it, pointed out things that could be changed or worked on, and took a lot of photos with me and the R2 unit that was following me. I couldn’t have asked for better interaction with my hero.”-Stephen Mathis

“This is one of the most-involved costumes I’ve ever made. It stretched my skills in 3D printing, finishing, painting, and performance. It is perfectly imperfect to me and my love for the costume was on full display during Fan Expo.”

“I can’t wait to continue showing up to places as “Colorado-3PO”.”-Stephen Mathis

Author: Jennifer Larsen
Jennifer Lynn Larsen, aka "Mayhem's Muse" is originally from the Seattle area of Washington State. She is the Cosplay Editor for BoLS and manages Ad Sales and Communications as well. Her cosplay awards include the RTX Judge's Choice Award and Dragon's Lair Austin's Cosplay Symposium. Jennifer has been a Cosplay Guest Judge at RTX, Tacticon, and Genghis Con in Colorado. She regularly attends conventions to cover cosplay for BoLS. Her cosplay work has been featured in Girls Who Love Monsters, Geek Fuel, Renaissance Magazine, and other publications. Jennifer has modeled in the Her Universe Fashion Show, Precision Camera's yearly Precision Camera University, and has taught several workshops for photographers about partnering with cosplayers and creative muses/models. For BoLS, Jennifer covers everything from video games, fantasy, comic books, to sci-fi and historical garb. She is a lifelong enthusiast of retro video games and loves Dungeons & Dragons, urban fantasy, tabletop games, VR technology, and historical archery. Jennifer has set several National Records through USA Archery’s Traditional Division for Asiatic Bows and earned 4th Place in the World Nomad Games in Kyrgyzstan in 2018 for Women’s Korean Archery. She is currently studying at Denver University for her Masters Degree in Organizational Leadership.
Advertisement
Action Movies Cosplay Disney Movies and TV Pop Culture Robots Sci-fi Star Wars
Advertisement 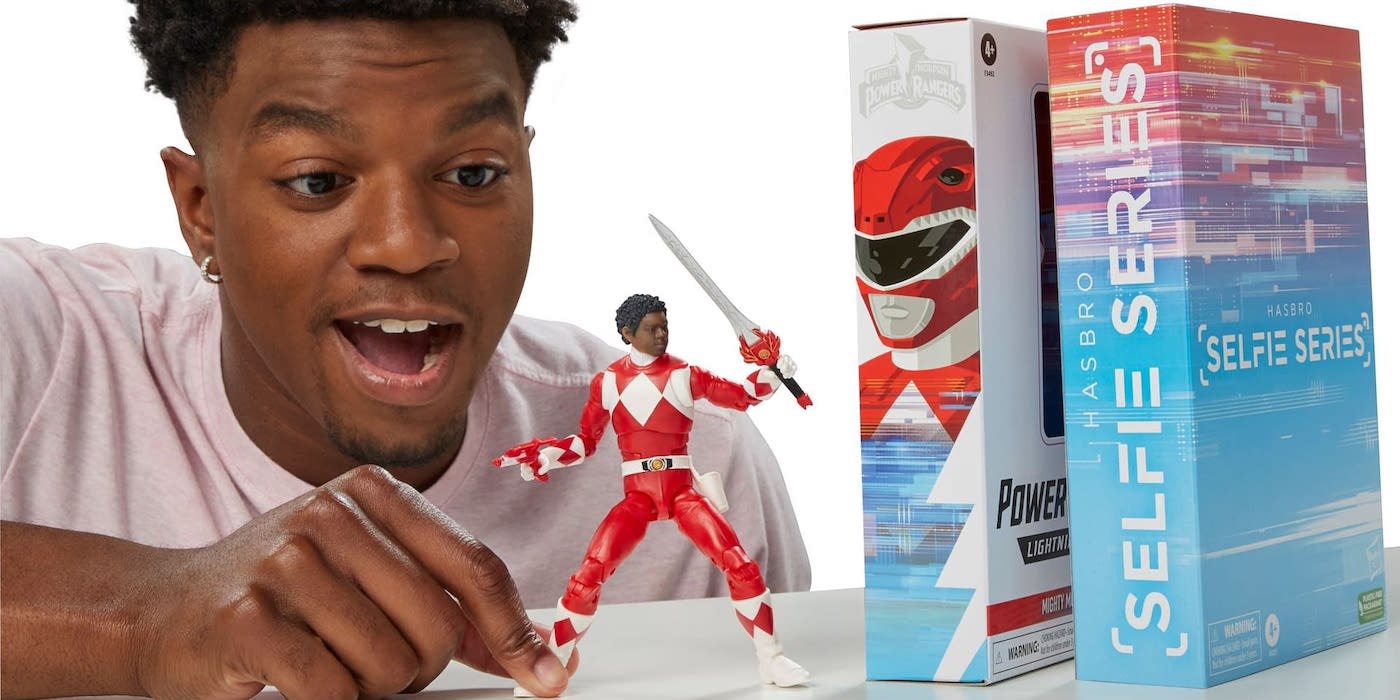