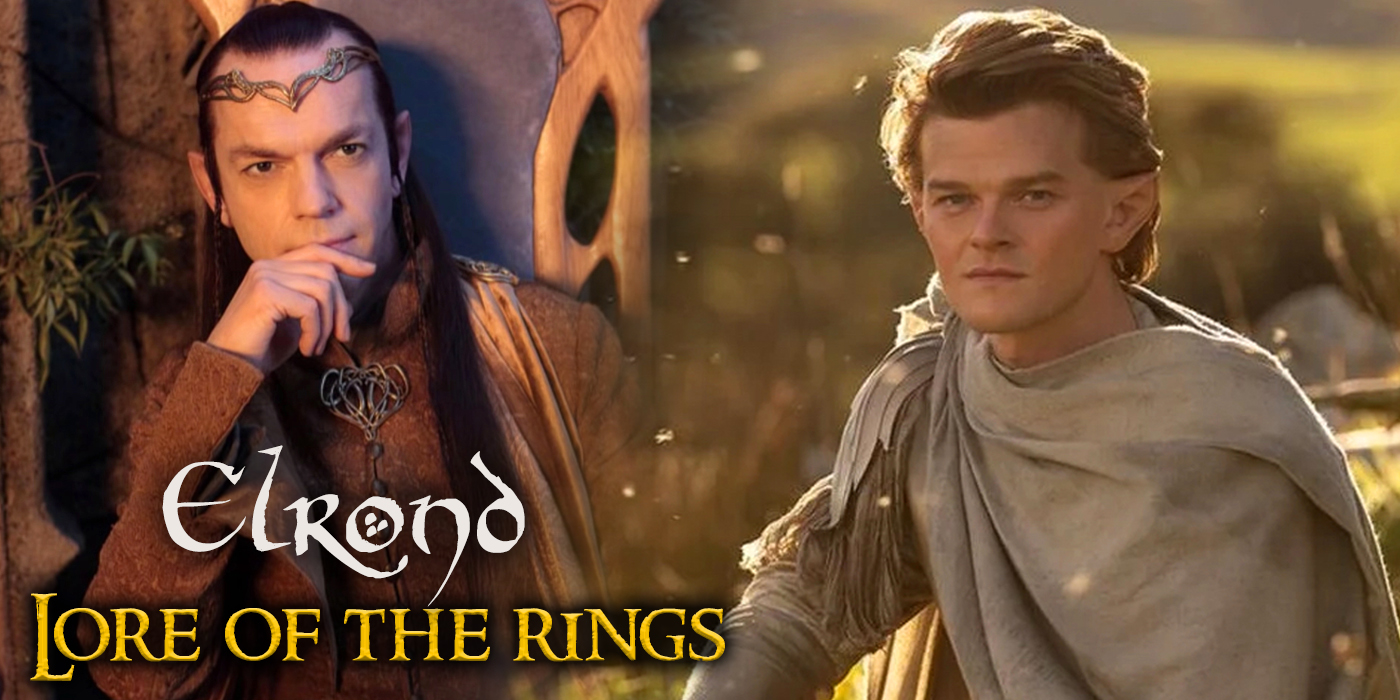 The wisdom of Elrond helped to shape all of Middle Earth. Who is this half-elven leader and where did he come from?

Long before he was the Lord of Rivendell, Elrond was the son of two half-Elves whose fates were guided by the light of the magical starlight of a Silmaril. Under the tutelage of Gil-Galad, Elrond chose the way of the Eldarin, and without his long reign in Middle Earth, the age of Man would likely never have come to be.

And thanks to Hugo Weaving’s iconic portrayal in Peter Jackson’s Lord of the Rings trilogy, we also know that his eyebrow game was on point. But there are plenty of noteworthy moments in Elrond’s past that haven’t made it to the screen yet.

Now that Amazon’s The Rings of Power is in swing, we know that the show is taking some liberties when it comes to interpreting the events of the Second Age of Middle-Earth. So let’s sing a little praise for the wisdom of Elves by taking a look at one of Tolkien’s wisest Elves, Elrond of Rivendell.

Elrond’s mother, Elwing, was the child of a Sindarin Elf and the Half-Elven King Dior. Her father was the last King of Doriath. That’s because the Sons of Fëanor came a’callin’ with some pretty big violence. Fëanor and his sons were very invested in retrieving the Silmarils, the jewels Fëanor crafted from the essence of the Two Trees of Valinor, whose light became the sun and the moon.

Their obsession began as a quest to retrieve the gems from Morgoth, the Big Bad of the First Age. But when the Silmarils fell into the hands of their Elven kin, the Sons of Fëanor rarely hesitated in striking down anyone between them and their magic gemstones.

Elwing, Elrond’s mother, had a Silmaril that had been handed down to her. So when the Sons arrived, Elwing and her Silmaril were sent to the Havens of Sirion. There, she met the Half-Elven Eärendil, and the two were married. She gave birth to twin sons – Elrond and Elros.

But lest you think she got to live happily ever after, the Sons were still hunting for her. So when they came after it again, Elwing threw herself and the Silmaril into the sea. Elrond’s mother was then transformed into a great white bird and flew until she found her husband Eärendil’s ship.

Life of the Eldar or the Gift of Men?

Together, the power couple of the Beleriand sailed to Valinor. Their goal was to convince the Valar to join in the fight to protect Men and Elves from the merciless rule of Morgoth. The Valar acquiesced.  And due to the selfless nature of the couple’s quest, Manwë, King of the Valar, decreed that the Half-Elven could each choose between the immortal life of the Elves or the mortal ways of Men.

You see, Elves were immortal, yes. It’s generally understood that the Eldar would live until the world itself ceased to be. Men, however, would die – but they could also live outside of the influence of the fates that ruled the lives of the Eldar.

The fact that Men could die could arguably be seen as a blessing, so this is known as the Gift of Men. We’ll talk more about that someday when we’re feeling a little more philosophical.

The Light of the Evening Star

Anyway, back to the lovebirds. (Get it? Because one of them’s actually a bird?) Eärendil, who was inclined to choose the ways of Man, instead chose to be with his wife as an immortal Elf. They two were still in possession of the Silmaril, so Eärendil took on the task of sailing the heavens with the light of the jewel shining from the prow of his ship.

In Middle-Earth, it was said that his journey brought the light of the evening star. Sound familiar? The same light was later contained in the Phial of Galadriel.

The prettiest, most powerful night-light, courtesy of New Line Cinema

The Early Life of Elrond

Romance! Sacrifice! Tragedy! This story’s got everything! Including a couple of orphans. Elrond was born in the latter part of the First Age. He and his twin brother Elros were both Half-Elven, like each of their parents. It means that they were born of mixed blood; their parentage was half Edain (of the Fathers of Men) and Eldarin (or Elven).

After their parents left in their quest to protect the Silmaril, Elrond and Elros were now without parents. After their mother’s disappearance, they were discovered by Maglor, the second son of Fëanor. Unlike many of his brothers, Maglor had a gentler heart. It led him to take pity on the boys and raise them as his own sons. 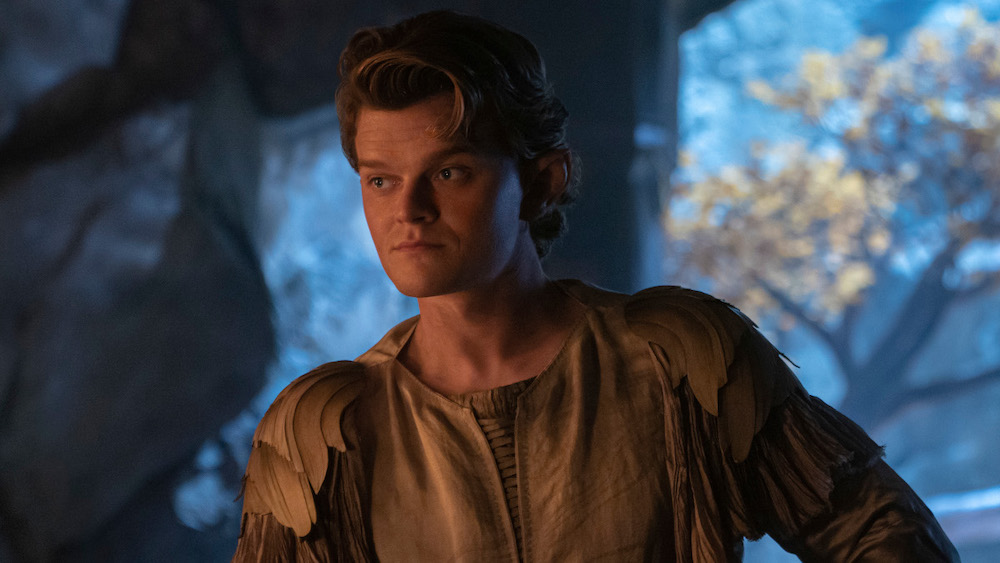 In Amazon Prime’s Rings of Power, Elrond talks about living up to his father’s legacy.

Still, when Gil-Galad arrived and released them from captivity, the brothers set out for their futures. Elrond chose to serve as Gil-Galad’s herald.

Elrond and Elros were given the choice at the end of the First Age to be Men or Elves. Elrond chose the way of the Elves, which it’s said was influenced by Gil-Galad, who had become a close mentor to our hero.

His brother Elros chose the way of Man and became the first king of Númenor known as Tar-Minyatur. From him would descend all the Kings of Númenor, then Gondor and Andor. From his house would eventually come Isildur, then later Aragorn.

After Morgoth was defeated, Sauron, one of his heralds, would take his place as the dark threat to Middle Earth. During the War of Elves and Sauron, Gil-Galad sent Elrond to Eregion, though his armies were not large or early enough to protect it from Sauron’s forces. When Durin III’s army attacked Sauron’s from behind, Elrond was able to retreat with the remaining population of the city. 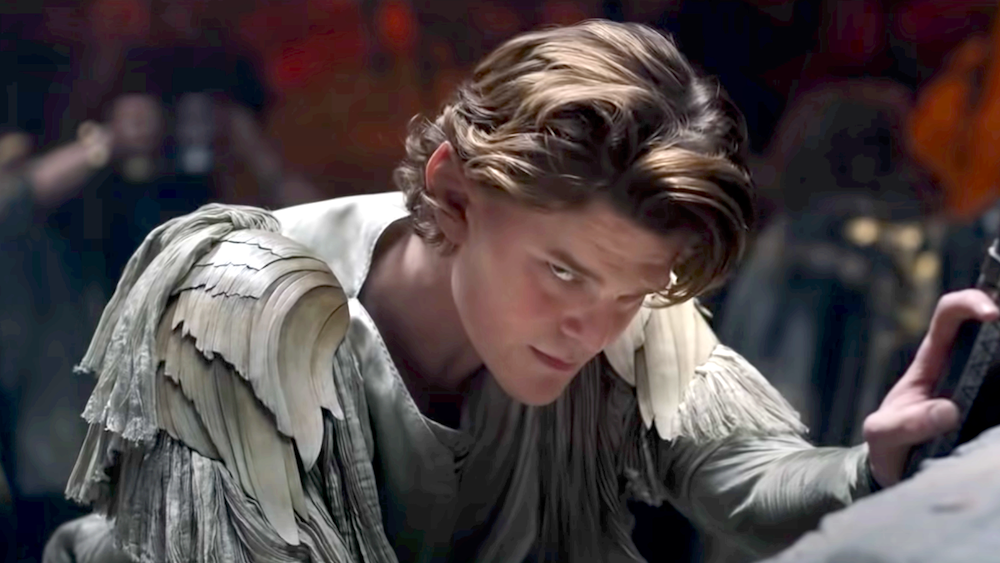 At the feet of the Misty Mountains, Elrond established Rivendell, where the Elven refugees could fortify themselves against Sauron’s armies. For four years, the Dark Lord attempted to overrun Rivendell. Fortunately, Gil-Galad brought the hosts of Númenor into battle, and Sauron’s army was trapped between the two armies and defeated.

During this brief period of peace, Elrond decided to stay in Rivendell. He hosted the first White Council. There it was decided that the three Elven rings of power would be held and hidden. It was also during this time that he met his wife-to-be Celebrían, the daughter of Celeborn and Galadriel.

The Last Alliance of Elves and Men

Near the end of the Second Age, Elrond rode out to Mordor alongside his mentor Gil-Galad to confront Sauron. These armies, known as the Last Alliance of Elves and Men, along with the army of Durin IV, won the Battle of Dagorlad. They laid siege to Barad-Dûr for seven years. Hey, what’s 7 years of very unpleasant battle-camping when you’re immortal? 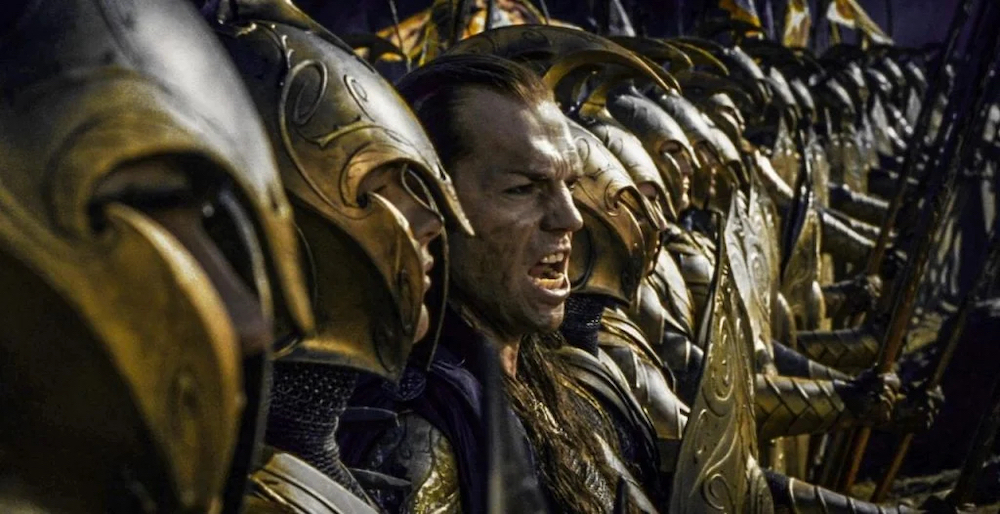 Just because the Elves were exceptionally fair doesn’t mean they couldn’t get dirty in battle, courtesy of New Line Cinema

Finally, Sauron rode out to meet them in battle and tragically, he killed Gil-Galad and King Elendil. Of course, just when things seemed darkest, Isildur cut the One Ring from Sauron’s hand, destroying the Dark Lord’s corporeal body. But Isildur’s need for power and fancy jewelry kept him from destroying the One Ring, though Elrond attempted to persuade him to destroy it. After this, Elrond finally returned to Rivendell, and Isildur’s bad choices would have a lasting effect on Middle Earth.

During this bout of peace, Elrond married his sweetie Celebrían. Twenty-some-odd years later, she gave birth to twins Elladan and Elrohir. And not long after, their daughter Arwen Undómiel was born. Sadly, Celebrían was injured by Orcs while crossing the Misty Mountains. She took a ship to the Undying Lands, where Elrond would meet her when it was his time to sail on.

For generations, Elrond sheltered the heirs of Isildur in Rivendell. He fostered Aragorn II, who he gave the name Estel, which is Sindarin for “hope”. When the boy reached adulthood, Elrond told him of his lineage. Aragorn would, of course, grow to fall in love with Elrond’s daughter Arwen. Like her Half-Elven uncle before her, Elrond’s daughter would choose the way of Men to be with the man she loved.

The Fellowship of the Ring

During the Third Age, if something important happened in Middle Earth, Elrond was doling out solid advice and assistance. He translated the Moon Writing on Thorin Oakenshield’s map. This allows the future King Under the Mountain to retake the Lonely Mountain from the dragon Smaug.

Elrond had remained a member of the White Council and a great ally of Gandalf the Grey. So when he found out that Gandalf had sent Frodo Baggins from the Shire with the One Ring, he sent out riders to help guide Frodo to Rivendell. Once the hobbit at the One Ring arrived, Elrond hosted the fateful meeting of Men, Elves, and Dwarves. There they gathered to determine how the One Ring could be destroyed.

The Council of Elrond is once again asking you to destroy the One Ring, courtesy of New Line Cinema

As Frodo and his company made their way to Mordor, Elrond facilitated some crucial tactical events to aid in their success. He sent his twin sons to Rohan with the Rangers of the North. And with them, he sent a message to Aragorn, telling him to take the Paths of the Dead. This haunted pass was the home to the ghosts of men who had betrayed Isildur’s allegiance. And with the promise that Aragorn would release them from their curse, they were persuaded to fulfill their oath. They fought with Aragorn against the armies of Sauron.

When the One Ring and Sauron were at last destroyed, Elrond would depart Rivendell one final time. First, he went to Minas Tirith to see his daughter Arwen married to Aragorn, now known as King Elessar.

Elrond’s feelings about his daughter’s marriage were very complicated. Considering his own parentage, the bond between Man and Elves held a special place in his own story. But sadly, she had also chosen the way of Men. He would not see her again in the Undying Lands.

But with his blessing, he bid his daughter farewell. Then, he boarded a ship with the remaining ringbearers away to the Undying Lands, where he would once again be reunited with his wife Celebrían.

'Squid Game' is Good, But These Korean Movies are Better 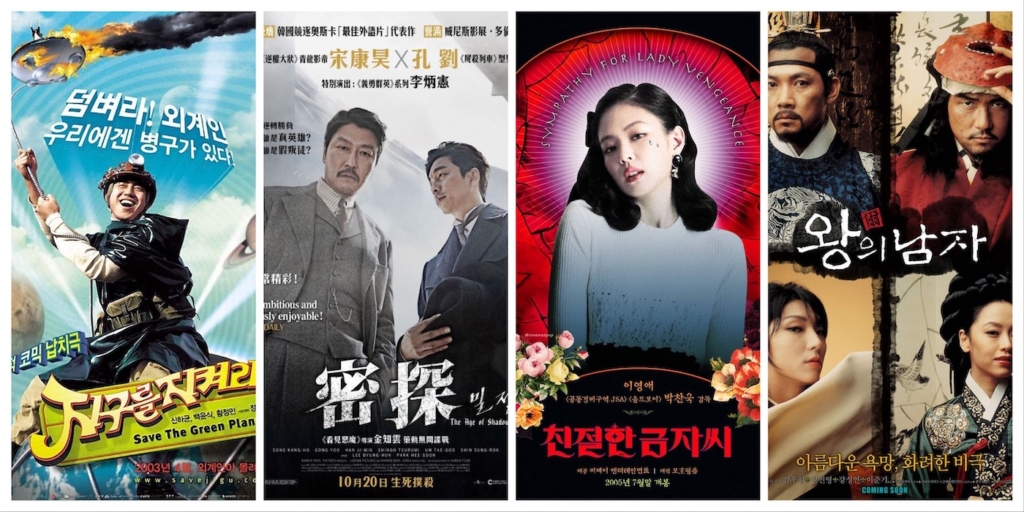