Star Trek Gets Lost in Space – The Kathryn Janeway Breakdown 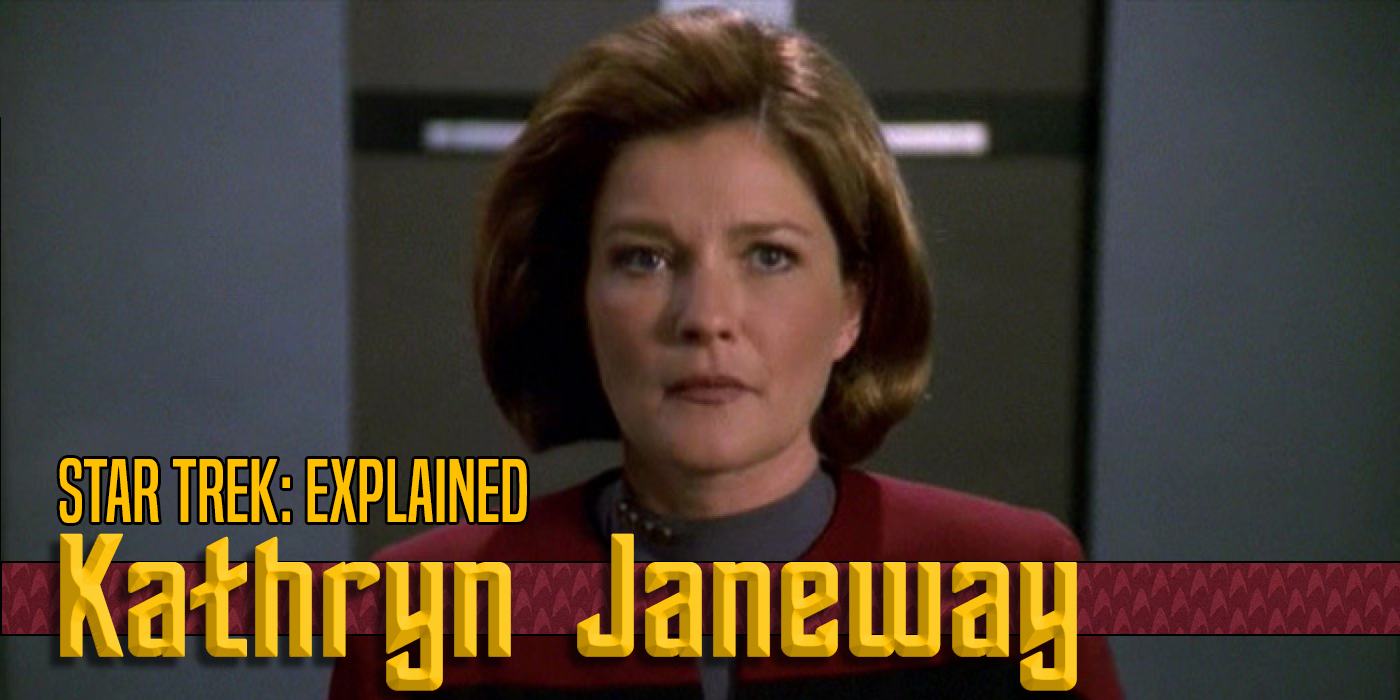 Kathryn Janeway is more than just Voyager’s captain. She’s a Borg Slayer.. A drinker of coffee and a deleter of wives. But who is she really?

When we first meet Kathryn Janeway she is already a Starfleet captain. And within moments of meeting her, we watch her and the entire Voyager crew travel to the far reaches of the Delta Quadrant. And there’s a lot that goes into the character of the Federation’s most well-traveled captain beyond those two things.

Across seven seasons of Star Trek: Voyager (and now nearly a full season of Star Trek: Prodigy) we learn a lot about who Kathryn is. So let’s start at the beginning. 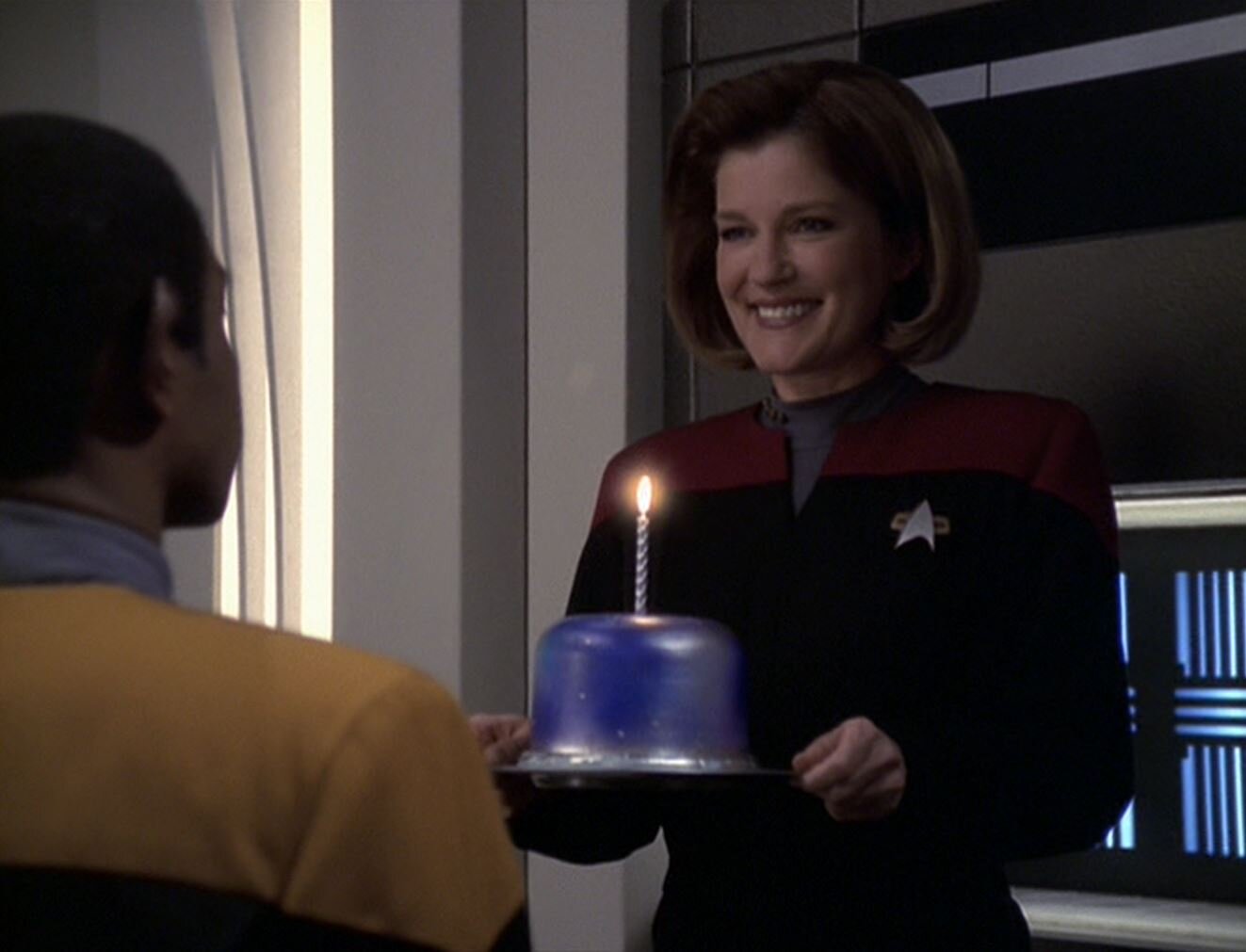 Did you know Kathryn Janeway likes to swim? It’s true. But she only likes to swim in small bodies of water. She keeps to the rivers and the lakes that she’s used to if you will. But she doesn’t like the ocean — because it’s too vast. There’s no way of knowing what might be out there. This is what is known as irony.

Janeway spends much of her young life on the family farm. That’s part of why she likes having a hydroponics bay on Voyager and gives Neelix infinite chances at creating fresh meals.

Kathryn is both afraid of yet strangely drawn towards oncoming storms. She climbs an oak tree at her grandfather’s house. A few hours later, clouds rolls in, and lightning splits the tree. She realizes she could have died. And yet, when she’s twelve, she walks 12 kilometers in the pouring rain just because she lost a tennis match.

And many of Janeway’s adventures involve a very important figure in her life: her father. Her inquisitiveness, her love of science, and her desire to join Starfleet all stem from her father, an admiral himself. Tragically, Admiral Janeway dies when he drowns under a polar icecap on Tau Ceti Prime in 2358. And while Kathryn’s depression cripples her for a long time, she has to keep going. Cadet Janeway and Beyond

To get it out of the way, Janeway is an exemplary Starfleet cadet. She’s not cheating on tests like Kirk or getting stabbed like Picard. No, Janeway is the up-all-night studying type of cadet. That’s where she gets the coffee addiction from. And the farm girl lifestyle makes her buddies with Starfleet’s famous groundskeeper Boothby. In fact, he brings her roses every morning.

And Janeway continues connecting well with strong leadership when she becomes the science officer of the USS Al-Batani captained by Owen Paris (more on that guy later). That doesn’t mean Janeway is perfect. Far from it. In fact, she misaligns the positronic relays on the ship once yielding total power failure across six decks.

Like Chief O’Brien, Janeway fights in the Cardassian conflicts. After a three-day firefight over a border, Janeway and the rest of her away team managed to not only end the fighting but also save some Cardassians in the process. This is a pivotal moment for Janeway.

One other thing to know about her pre-Voyager days is how Kathryn’s relationship with a Vulcan named Tuvok comes about. And the short answer is that she messes up and then Tuvok gets pissed. During Janeway’s first-ever command she does not follow tactical protocol to the letter and Tuvok lets her have it – publicly.

But despite the total dressing down, the two become tight buds and send pen pal letters to each other while Tuvok is stationed on Jupiter. And Janeway improves as a commander. There’s even an occasion where she accidentally puts a survey team in harm’s way, rescues them, and then further makes up for it by completing the mission by herself.

All of which eventually leads her to Voyager. Janeway and the Prime Directive

And the answer is they can’t. Which first manifests itself in the pilot episode “Caretaker”. Janeway could use the Caretaker’s Array, the thing that brings Voyager to the Delta Quadrant in the first place, to get home. But if she does, she leaves it open to be used by anyone. Voyager’s very presence changes the relationship between alien races. If she leaves the Array there for the taking, it’s going to completely change the quadrant’s trajectory.

So she blows it up thus trapping her entire crew. It’s a career-defining decision and one she (and everyone else) spends the rest of the series questioning. And there’s a lot of this on Voyager. Janeway often refuses to build alliances or take technology from other races, even if it will get her ship home early. Janeway is a real stickler for the rules.

Except when she isn’t. About that. There’s an entire Federation rule about time travel – the Temporal Prime Directive. If you can use time travel, do not use time travel. Every Star Trek show breaks this rule, but absolutely no one breaks it with the frequency that Janeway does.

In “Future’s End” a time agent travels back in time to destroy Voyager the ship that will be responsible for the destruction of the solar system. Janeway not only ignores this man, but she also travels back in time, lets her crew chill with Sarah Silverman, and lets her holographic doctor keep some future tech. What Temporal Prime Directive?

Janeway messes with time so much that an entire time ship called the Relativity is led by a man who tries to destroy Janeway simply because she makes his job so frickin’ hard.

And if you’re thinking how bad could she be about time, in the series finale “Endgame” she undoes an entire timeline because she didn’t win hard enough. That’s right. Voyager gets home, but Admiral Janeway thinks she deserves a do-over because her Borg girlfriend Seven of Nine, and their third Chakotay die at some point. I’m being facetious but only a little bit.

Long story short, future Janeway rewrites history, basically annihilates the Borg, and gets her past self and Voyager home decades early, completely changing the history of the Delta Quadrant in the process. Moreso than the Klingons, the Romulans, the Founders, or anyone in between, the Borg are the bad guys of Star Trek. You cannot reason with them. It is very difficult to stop them. And if they enter your space, you blow them up. Them’s the rules. If it’s just one Borg and he’s a sweet baby boy, maybe let him go. But other than that? Boom.

Janeway eventually destroys the Borg (which absolutely rules) but first, in “Scorpion,” she teams up with them to destroy Species 8472, a race of beings wiping out the Borg. By the way, Species 8472 is only in non-fluidic space because the Borg bothered them and then Species 8472 got mad about it. That’s what we call consequences culture on social media.

But Janeway looks at the situation, decides she does not want to die, teams up with the Borg to beat Species 8472, and then steals the Borg Queen’s girlfriend (unofficially) Seven of Nine just to let the queen know who’s boss.

Janeway’s encounter with the Borg is an absolutely insane gamble which quite literally makes Janeway enemy number one for the entire Collective.  And then, to reiterate, future Janeway infects the Borg Queen with a virus and blows up a Borg hub. And then no one hears from the Borg for about 25 years. 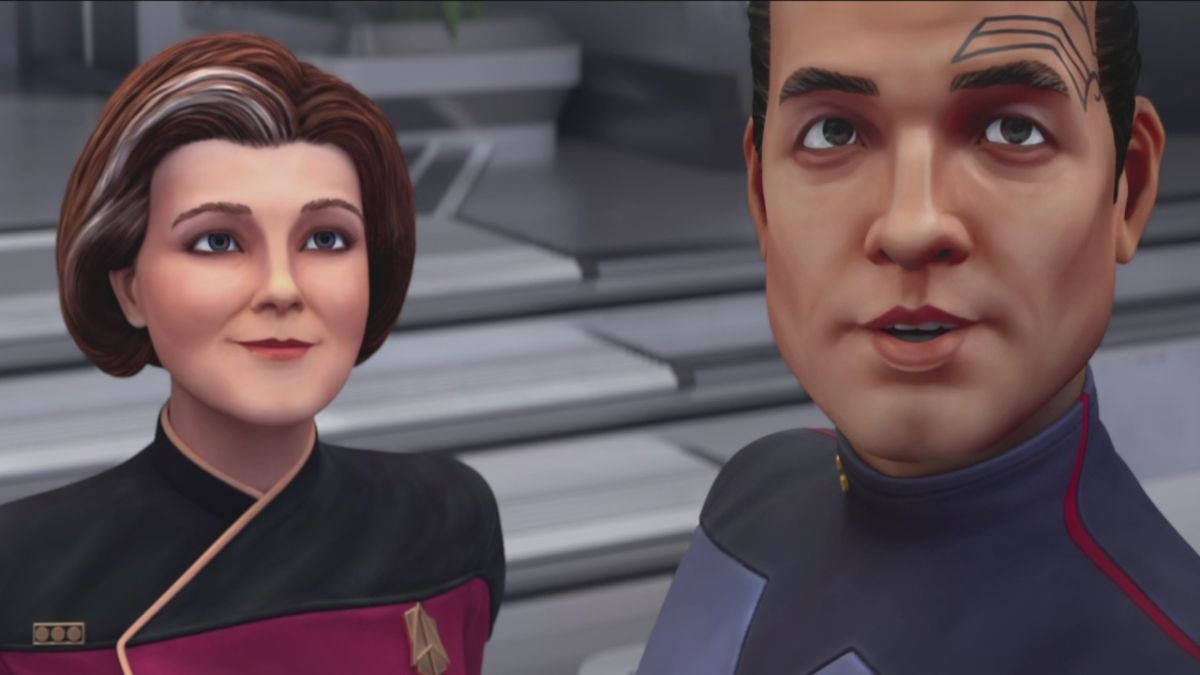 Basically, Chakotay takes a ship called the Protostar back to the Delta Quadrant and then disappears. Janeway, who still cares for her friend, takes her ship the Dauntless on a mission to find Chakotay and the Protostar.

And worst of all, Janeway is currently helping the Diviner, the man who made the living weapon in the first place. The Diviner is from the future. His planet gets destroyed after making first contact with the Federation so his plan is to travel back in time and destroy the Federation first. Honestly, the Diviner should tell Admiral Janeway about his time travel plans. Based on her Star Trek history, it seems like she would be at least a little understanding!

And that’s everything you need to know about Kathryn Janeway. So far, anyway.

Author: Lina Morgan
Lina is a 10+ year entertainment journalist veteran whose bylines include SYFY Wire, Looper, and Screen Fanatic. She has written comic scripts for IDW Comics and Zenescope Enetertainment and has written Doctor Who shorts for BBC Worldwide. She is a long-time podcast host and producer who has worked on Who Won the Week, SYFY's Every Day series, and the Amazon podcast Untold Story. She currently co-hosts the New York Times recommended podcast Song vs Song.
Advertisement
Explainer Movies and TV Pop Culture Sci-fi Star Trek
Advertisement

'Star Wars: Andor' Season One is Finished and We're Desperate for More 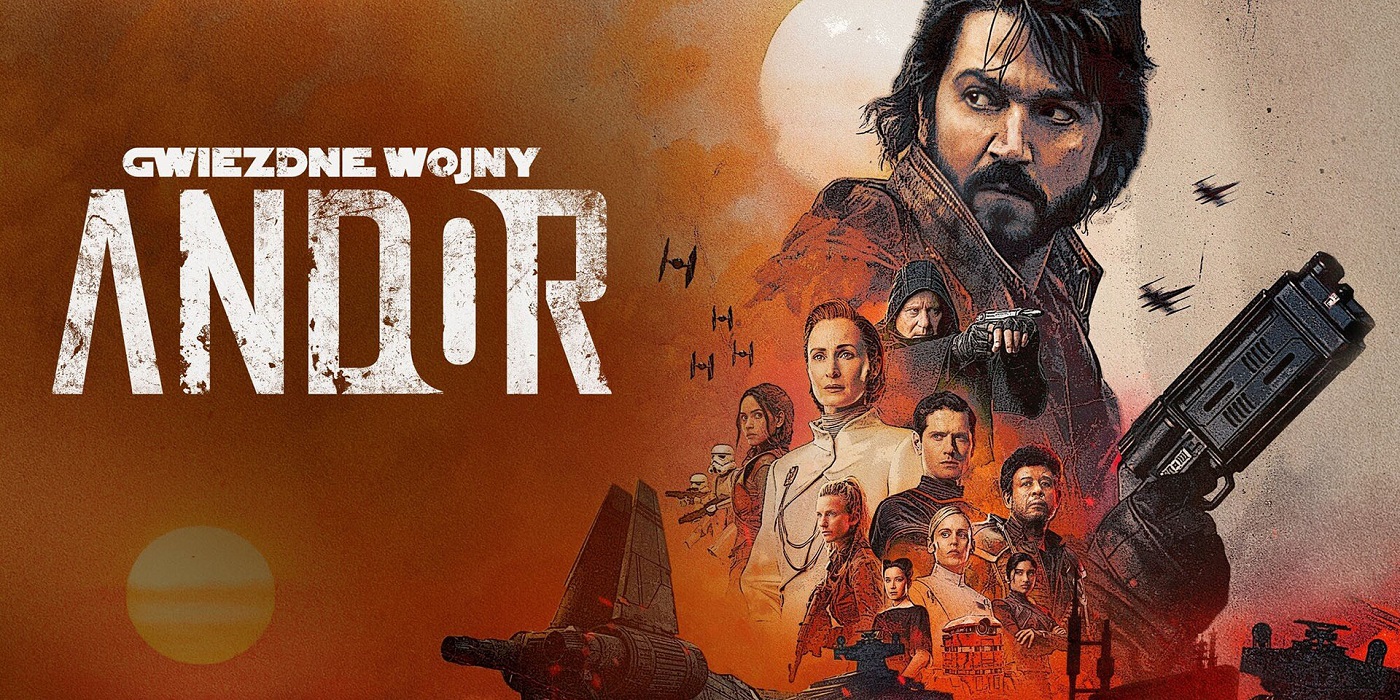