Wargaming ASKEW: How I learned to love the Noob. 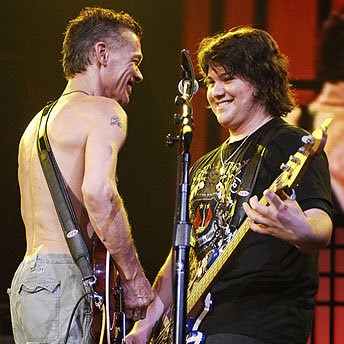 I hated you. No, no really I did. I tried so hard to hide my contempt. I just couldn’t help myself. It was irrational and down right rude. I could see you a mile away.

You are either new to the game or just returned from a long hibernation. Sometimes you’re the excited child innocent breaking out half built models you forgot to flash or even prime. Sometimes you’re the owner of 90s left over paint job that scream technocolor dreamcoat with Badmoon Yellow and Tentacle Pink burning my retina. Either way you slice it my stomach turned into knots trying to figure out ways to avoid playing you.

Maybe I hated you because you made me feel bad. The guilt waiting for one of the regulars to save me a potential nightmare. The waiting becomes game within itself– a battle of wills. With my enemy the clock, ticking away as you become less and less timid and get the courage to ask for a game. All the time I am frantically trying to come up with proper excuses. Here is my top five.

Now of course I could use these lame excuses on anyone. Still when it came to the noob I cannot help myself. I do not want to spend the next two to three hours playing Adama to your Richie Valens. Nor do I want to get into inane arguments over 2nd through 5th edition differences. I do not care that your Harlequins had their own army book. I just want to spend the little free time I have, you know… enjoying the game. Did that make me an elitist prick, I think so. Does it make me a bad person, a little.

Really though is it so much to ask? Especially if you hate playing teacher.

That is how I felt until I started learning a new game. I had to take my unpainted miniatures to an established group and beg to be taught. I could see their faces. They looked so terrified. Half them would not make eye contact. The rest of them quickly set up games leaving me to throw dice against myself. I could remember the feeling it felt so familiar… Yeah… it felt like middle school. You know the part where you dressed in the “wrong” clothes for the first time and suddenly appearance mattered. It’s that good old being picked last for dodge ball feeling. It was at that moment I knew what it noobs feel like.

Then I had my Lieutenant Dunbar, Nathan Algren, Jake Sully, John Smith, Gary Johnston, Paul Atreides moment. If I was to be accepted into the tribe I had to fight for it. So next week I went into the shop and went down the line trying to get an opponent. By the four one down my challenge was finally accepted. Boy did I get my butt kicked. Still like any good movie montage every week I got a little bit better until I bested one of the better players and was finally accepted into the tribe. It was then I earned their respect.

For some reason I still felt poopy. Why should I have to EARN someones respect for them to play me? Having walked in the noob shoes; I no longer want other gamers to feel the way I did. As gamers we are not trying to solve world hunger or run black ops. So it was from that point on I become the noob hater to the noob helper. Now I have no trepidation about playing a noob and I think I am generally a better person. If I learned one thing about noobs they can certainly teach an old dog new tricks. Noobs often have rules so fresh in their minds they correct us vets. Playing them you can also get a new perspective on the games you may have lost or never thought of.

So to you noob; never when I am around will you have to wait for a game, I will gladly play you if you don’t mind getting destroyed. Whoever said I had to handicap myself?

How do you handle new players in your gaming groups? Have you ever been discriminated against because of your noob status? What other noob bias can you think of?
Follow me and the latest GT coverage at bloodofkittens.com