EDITORIAL: Death of a Unicorn 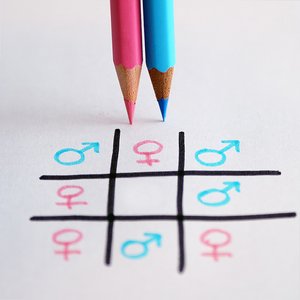 My army may be the sparkliest thing to hit a gaming table, but I am not a unicorn. I’m not a gamer girl. I’m just a gamer. Just like you.
I’ve participated in a number of discussions about women who play Warhammer. There are usually mentions of how rare we are. Assumptions are made about what armies we play and why. Stories about being ostracized are told by women, as well as rants by men about why women don’t belong in the hobby. The feeling I get is that women are not seen as equals by some of our counterparts for reasons ranging from simple awkwardness to full blown misogyny.
Stop. Seriously… just stop. Sexism has no place in gaming. Nor does this ridiculous habit of placing women on a pedestal because you’re not used to seeing us around. We are not special. We are just gamers.
Women show up at the same tables men do, for the same reasons men do: to play. Women spend time customizing our minis for the same reasons. We agonize over our army lists before tournaments just like men do. Women talk smack, we balk at rules lawyers, and we get just as angry when an opponent cheats. We get mad when we lose, and elated when we win. Just like men.
I know that this isn’t an issue for everyone. There are some men out there that get it – and I, for one, appreciate it. I’ve yet to feel excluded by the group I play with because of my gender – just my newb status, which will change as I play more.
The only thing that separates one player from another is their skill at the hobby, and their level of sportsmanship. So, for the women out there that have an interest: build your army and play. Have fun. Don’t let the nay-sayers get in your way.
Are you ready to welcome all gamers to your table?