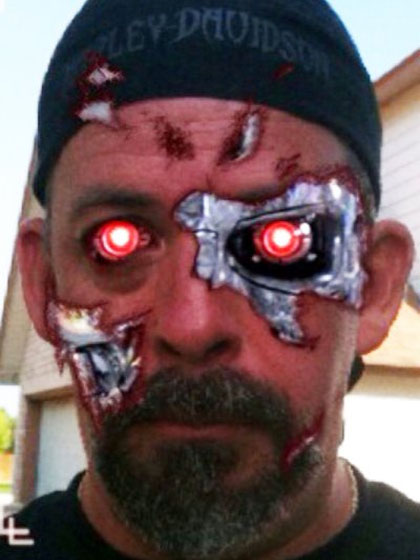 A counterpoint editorial by Thomas Taylor

When I read Jwolf’s latest post on the worst armies of 40k, I was far from surprised to find my chosen Necrons at the bottom of the list. In fact, I would have been surprised not to.

Their codex is old, their options are limited, and they are not the dominant choice that they once were. And I’m bringing them to WAR GamesCon again this year. And I wouldn’t be playing if I didn’t think I could be competitive, even win if everything goes my way (it seldom does). But that’s not the main reason I’m coming.

My favorite reason for playing in tournaments is the chance to play against / with people I’ve never met, and normally wouldn’t get to. The main thing I want to walk away from any game with is a new friend who’d be willing to play again. Don’t get me wrong; I’ve won tournaments, including the 2008 regional ‘Ard Boyz qualifier. Finals were not so friendly to my Black Legion, but oh well. I got a free 2500 point army and a reason for a cross country trip.

So why Necrons? My main reasons for playing this game at all are the tactical challenge, and the visual appeal. To me, both of these are lessened when I’m facing someone who’s playing the same, or a similar, army as mine. Blood Angels vs. Blood Angels would get boring seven games in a row. Even CSM vs. some gene seed derivative sees a lot a similarities between armies. Plasma is plasma, and a landraider is a landraider. Besides, in the wonderful fiction of our game, mankind is not alone; the Heresy is over… so bring on the xenos.

The Necron back story appeals to me as a fluff fan. The models menacing gait as they inch across the battlefield is pleasing to the eye. And the tactical challenge? Well, spending a lot less time deciding what wargear to take leaves me plenty to plot the best way to deploy my automaton warriors. Plus, we still have the best tank in the game. And the best piece of ten-point wargear around – just ask anyone with a flying hive tyrant about the first time they encountered a destroyer lord with a warscythe. We are seldom crippled with indecision over how to tool up our force.

We have our tricks and unique abilities – we’re hard to keep down and can stun the crap out of your vehicles – but overall, the Necrontyr are a great pike-and-shot style army. Played like one, with flexibility in mind, they should be more than able to give you a run for your money. Collapsing flank? We can do that. Last minute objective grabs? We’re deceptively capable of that as well.

I was pleased with last year’s list’s performance, and have modified it for this year with some changes that I hope will plug the holes that I found. We’ll see. Hopefully I’ll see you in at least the middle of the winner’s bracket. Phase out is 10.

We loved this response from a thoughtful player who playing both for the challenge and the love of his army so much we just had to run it.  If any of you folks out there are still soldiering on with older codeices despite the odds, lets hear form you and why you love your army.  Also, letters to the editor are always welcome!