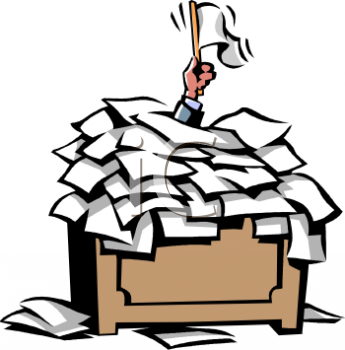 Doctor Z here from Doctor Z’s Labratory. It’s mail bag time when I answer all of your burning 40k questions about the  hobby!
Okay, since none of you bothered to write me questions for my mailbag I had to use the very real ones I got from the grim dark of the far future.
Ted from Ulthwe writes:
“Dr. Z, I’ve been a Wave Serpent pilot for over a decade, I spend my days carrying aspect warriors around a battlefield and blasting away at Orks and Mon-keigh. I love my job, I feel like I do it pretty well and by all accounts I’m a pretty likable guy. So why is it I’ve had such a hard time finding friends lately, is it the Serpent? If so why does every one think I’m a jerk just because I’ve got a wave serpent in my driveway?”
Ted,
No one thinks you’re a jerk because you have a wave serpent in your driveway. They think you’re a jerk because you have a 6 car garage.
Greg the Imperial scribe asks:
“Dr. Z, in reading your first two columns about the xenos filth I’ve noted that you often misspell and misuse words. Furthermore your punctuation is atrocious. You may go for a whole paragraph without so much as a period and in the next there will be a comma every other word. Will you be correcting this or should I report this to the magistrate?”
Greg,
You probably should report me; my typing has been corrupted by Chaos. Tzeentch keeps me from spelling any word the same way twice, Khorne forces me to murder the English language, Nurgle gave me the blight of dyslexia, and Slaanesh makes me do it all with one hand. Lysander from the old neighborhood writes:
“Hey Doc, if you could have anybody in the 41st millennium on your side in a bar fight who would it be? It’d be me right; I mean I am an epic bad ass.”
Lysander,
While I agree that you are an epic bad ass your badassitude comes in large part from your giant hammer something you likely wouldn’t have in said bar fight. I mean would it be quite the same if you if you had a broken bottle or a pool cue. My guess is no, sorry bro. This is a good question though so let’s explore some potential candidates for the best bar fighter of the 40k universe.
Ghazghkull:
I feel he’d acquit himself well in any fight, but in a bar fight you need a guy whose got your back and will protect his buddy. This guy isn’t protecting anyone.
Kharn:
in a vacuum this guy may take the prize, I mean the man is in his element. Unfortunately for Kharn the question was who do you want on your side and there’s just as good a chance that he starts pounding away at you as anybody else.
Colonel “Iron Hand” Straken:
His fist is made of Iron I have no choice but to disqualify him as that’s just cheating.
Nork Deddog:
I feel like this guy has your back to the end and that’s super valuable in a tight spot.
Problem is that next to some of these other names he’s just a level short
Lilith:
Can you imagine her with some dub step playing and a pair of broken bottles!
Logan Grimnar:
We have our winner. Is there anyone you’d rather have on your side in a bar fight than the biggest nastiest and beardiest of all the genetically enhanced super space Vikings? I mean if you ask me there is a chance he got his job winning a bar fight.
Mind shackle scarabs write:
“Do you think we’ll be nerfed when the new book comes out? Keep in mind that we can make you chop your own jimmy off with a butter knife.”
No, you’re not broken or unfun.
Eldrad Ulthran writes:
“I’ve consulted the runes of fate and they’ve told me that the best way for me to battle the Necron menace is to do the extreme. I must do the one thing our ancient enemy cannot. I must grow a Movember stash. Do you have any advice as to how to make it so lush as to force a preemptive surrender?”
Eldrad
Are you even a dude? I honestly have no idea.
Kaldor Draigo writes:
“I’m tired of all the warp dust jokes.  I’ve been clean for 2 years now when will people stop treating me like the Lindsay Lohan of the 41stmillennium?”
Draigo
Maybe you are clean, but it’s kind of hard to give you the benefit of the doubt when the only thing you’ve ever done is been part of abusive death stars. Seriously what else have you ever been used for?
SEND ME MAIL!
Okay, that’s the first completely not made up because none of you sent me your questions mail bag. If anyone not from the future has questions about anything 40k related please send them to me at
[email protected]
Or just leave the in the comments, but preferably send them to me. It’s scary down there.