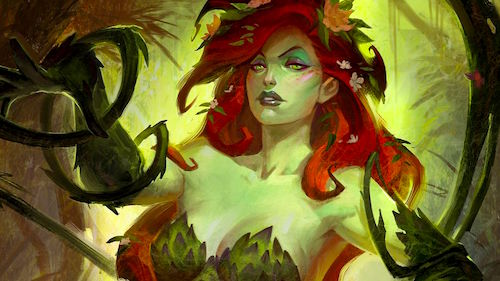 WizKids give you a glimpse of two incarnations of mercurial Poison Ivy from the World Finest expansion.

Earlier we saw Superman & Batman team up, Witch, Booster Gold & more. The two figures we get to check out this time are both versions of Poison Ivy. 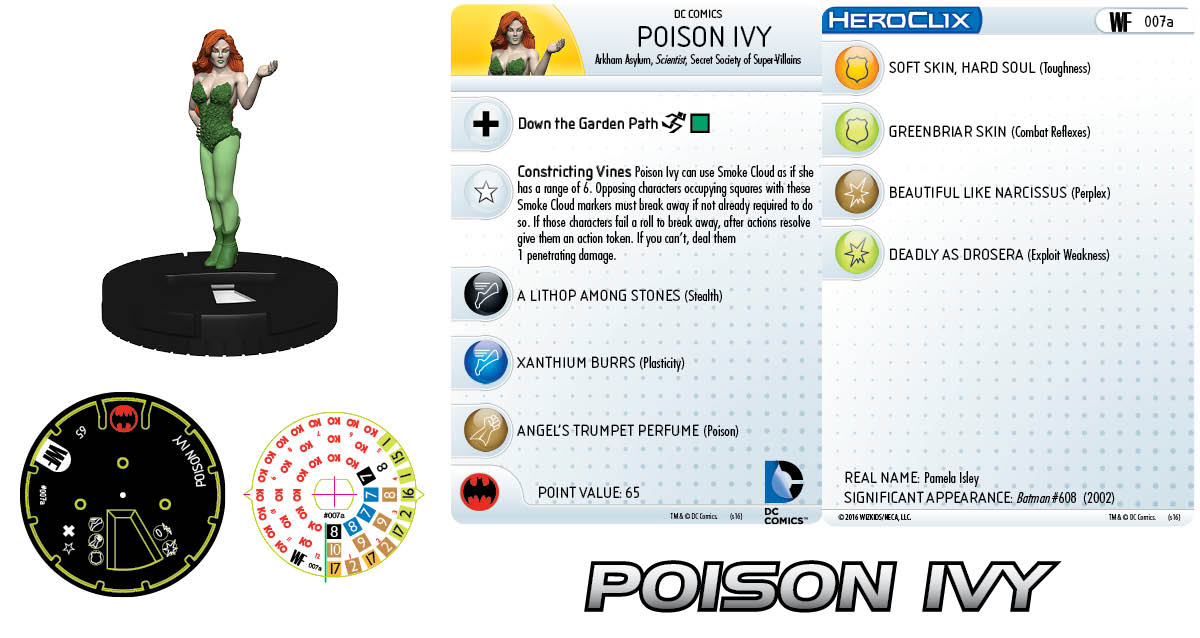 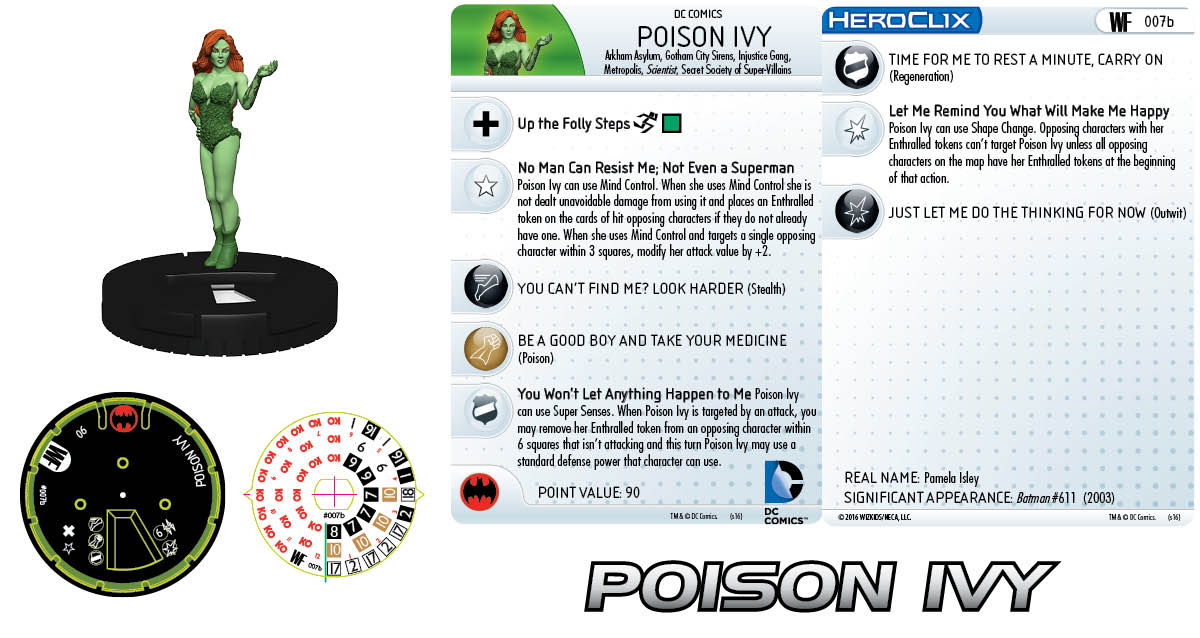 At 65 points the common Poison Ivy makes for a very affordable thorn in your opponent’s sides.  This Ivy is all about close combat tie ups.  She opens with a click of Stealth but then can be pushed into position to tie up opponents with Plasticity.  Her Improved Movement, Down The Garden Path, ignoring hindering terrain will help her get where she needs to be.  To further her tie up utility you can use her trait Constricting Vines that gives her a special Smoke Cloud at 6 range that forces opposing characters to roll break away from the smoke markers and take an action token or penetrating damage if they fail.   Making the most of her lock-down features she has Poison on 4 out of her 5 clicks, along with a smattering of Toughness, Combat Reflexes, Perplex, and Exploit Weakness.  For teamwork options, she naturally has the Batman Enemy Team Ability letting her share a friendly character’s attack value so she can still have good odds of making a hit even late dial where her numbers dip low.  She also has excellent Theme Team options with Arkham Asylum, Scientist, and Secret Society of Super Villains keywords.”

At 90 points, she maintains a few tricks from her earlier version with Improved Movement: Up The Folly Steps, ignoring hindering terrain and, this time, a full dial of Stealth, four clicks of Poison again, and the Batman Enemy team ability. She drops the Smoke Cloud trait in favor of 6 Range with 2 targets and a special Mind Control trait, No Man Can Resist Me, Not Even Superman that lets her ignore the usual feedback damage when using Mind Control, places Enthralled tokens on the cards of any character successfully controlled, and gives her a +2 attack bonus if she only targets one character within 3 squares.  Pay attention to those Enthralled tokens, she has two ways to take advantage of them.

First with her defense special, You Won’t Let Anything Happen To Me, Poison Ivy is able to convince her Thralls to protect her.  This power grants her Super Senses and, in addition, when she is targeted with an attack you can elect to remove an Enthralled token from an opposing character and let her use that character’s defense power. Secondly, with her damage special, Let Me Remind You What Will Make Me Happy, not only can Ivy use Shape Change, but she also prevents anyone with an Enthralled token from attacking her at all (unless all opposing characters have been Enthralled).”

Author: Larry Vela
Dad, Gamer, Publisher, Pilot, Texan. All games all the time since junior-high. I started BoLS Interactive in 2006. I’m a lifelong tabletop & RPG gaming enthusiast, and internet publisher working to entertain and inform my readers every day. I've been playing RPGs and Tabletop Games since the 1970s. I'm been playing and covering Warhammer and Warhammer 40K for over 35 years.
Advertisement
DC HEROCLIX Marvel-DC DO NOT USE Miniatures Tabletop News WizKids
Advertisement