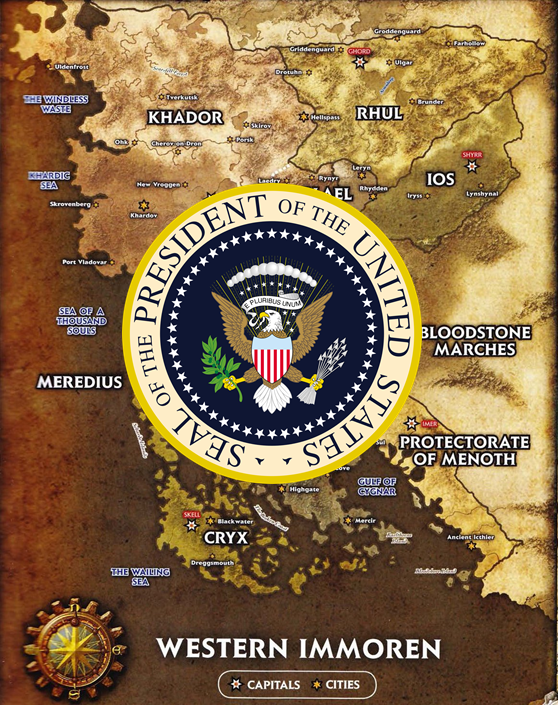 2016 U.S. Presidential endorsements from Warmachine and Hordes factions. Time for a bit of satire…

Chalkboard here from Chalkboard War, with a Warmachine and Hordes election special. The Iowa Caucus was Monday, the first official voting in the 2016 United States Presidential elections process. Lots of canvassing and polling has been done across the 50 states of the United States, and many groups have come out in support of different candidates: endorsements from public figures, unions, special interest groups, and the various other factions that James Madison warned us about.

We here at Bell of Lost Souls thought we’d get some opinions from a different group of factions: which candidates were the various Factions of Western Immoren backing in the 2016 United States Presidential Election? I, the intrepid political and Warmachine/Hordes reporter went journeying into the fields, tundras, steppes, and swamps of Immoren to interview various members of factions to learn who they were endorsing among the candidates. Here are the results of this highly scientific polling process (+/- 72% margin of error).

It was difficult to locate the Legion of Everblight, as the blighted Nyss and their strange dragonspawn are invested in being hidden. I had to settle for the first representatives of the faction I could find. I came across two field commanders who were working together: Saeryn and Rhyas. After sharing my inquiries, they mused on the candidates briefly. They explained that they preferred Jeb Bush, as it was clear his campaign was using the same strategy as that of their Legion. Despite hailing from a powerful lineage, every supporter of the campaign was ostensibly hidden from view—as if there was no one actually supporting the efforts. Yet the candidate continues to lurk in the background ready to strike. They also added that they liked the fact that he had a powerful sibling in George W. Bush. 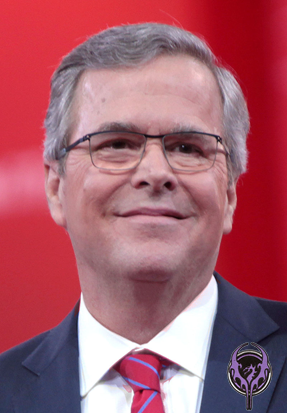 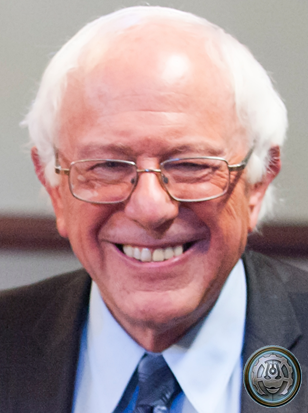 Getting the endorsement from Cryx was the most terrifying of my assignments, as I found myself awestruck in the presence of the great Dragonlord Toruk himself. The creature was massive and hideous, so impossibly huge to be believed. He coiled like a snake and the world shook as his dreadful voice boomed louder than I believed was possible. Surrounding the Dragonlord were his supporters, a horde of mindless undead, who unthinkingly supported the destructive, xenophobic, and fascist commands of this bloated creature of antiquity. The air was charged with fervor, and it was clear that despite all the world of Western Immoren opposing him that the great Dragonlord was still unbelievably rising in power. I meekly voiced my question of who Toruk backed, and the great beast spoke but a single word: “Trump”. 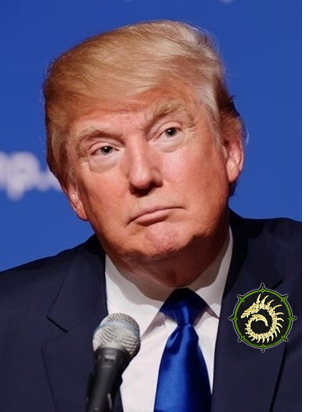 I managed to secure an appointment with the Supreme Archdomina Makeda herself, meeting in a rugged war camp on the edge of the desert. With the sound of troops marching in formation and the trumpeting cry of tormented elephantine Titans in the background, she issued a brief statement about Skorne’s support for a 2016 Presidential candidate. Skorne chose to back Hilary Clinton. As a deeply hierarchical and caste-based system, Clinton’s unconditional support of the ruling banking class of the United States appealed to many among the Skorne aristocracy. Makeda also candidly revealed that given revelations of lies from the man currently leading the Skorne Empire, “it’s time for a woman to take over.” I was uncertain if that was a statement backing Clinton or Makeda’s own political designs. 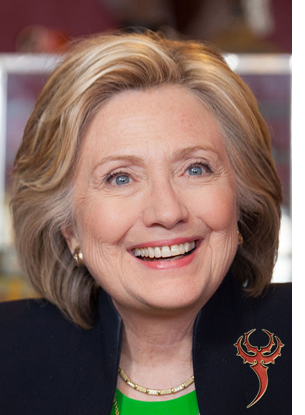 After sufficient precautions were taken, I met with Kaya the Moonhunter in the clearing of a beautiful grove as dusk fell. She had been nominated to speak for the faction, as I as an outsider to the group was not to be trusted. She relayed that the druids did not know too much about the various candidates. They ended up supporting Ben Carson, and Kaya gave the following cryptic statement: “He is very much like us. On the surface, seems to be pleasant and kind enough. Smart, caring, passionate about preserving life. But we suspect that underneath it all, he too worships the Great Devourer Wurm.” 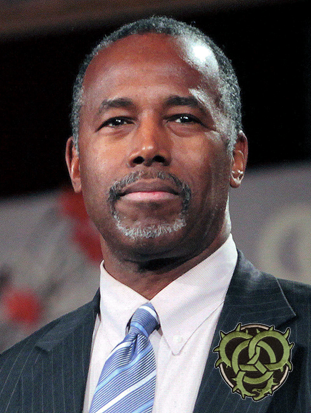 I was stopped at the borders of the elf lands and accosted by an armed patrol. Given that I’m not an elf, they denied all questions and interviews and only re-stated their position that they wished to have no contact with the rest of the world. Given that deep isolationist position to international affairs, I can only assume that the leaders of the Retribution would support Rand Paul’s similar muddy stance of making lots of isolationist platform claims while ducking the label itself. No doubt his recent decision to suspend his campaign after the Iowa polls is some Nyss plot for greater conquest. 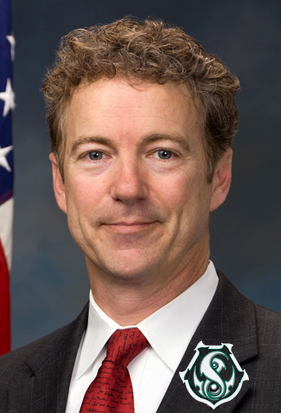 After much pomp and circumstance, and a thorough ceremony ensuring I was ritually purged of any ill intent, I met with Hierarch Severius to get his opinion on the candidates. It became quickly clear that Menoth had a tough time deciding. In lieu of an endorsement, I’ll simply share the Old Man’s full quote: “Well, we faithful of Menoth are known for our deep religious fervor, and our magical protections that simply say ‘no’ to the weapons, attacks, and plans of our enemies. So a President needs to be deeply religious and willing to say ‘no’ to everything. Ted Cruz is clearly the front runner. Of course, Rick Santorum sure is religious and says ‘no’ a lot… Wait, did he get a sign from Menoth that he should withdraw from the race already? Well, that Mike Huckabee fellow qualifies as well and he’s still in. We liked Scott Walker and Bobby Jindal as well—too bad they dropped out. I guess I don’t know… It’s so hard to pick one highly religious candidate who has a campaign based on denial and refusal of things when there are so many to choose from!”

Well, that’s as much polling as I could get done as the Iowa Caucus came so fast (Iowa’s policy of setting their primary date automatically before the rest by state law is pretty much the equivalent of a +1 to starting roll tier bonus for those good farmers). My apologies to the other factions I was unable to canvass.

Of course, for most voters in this primary season, the Warmachine and Hordes faction endorsements may not be enough to make up your minds. In that case, please take the time to read about the election itself and each of the candidates. A good starting point is here.

~ Think a faction would choose a different candidate? Is Cryx actually Green Party because they believe in recycling? Share your thoughts in the comments below!

Want to avoid campaign coverage for a minute? Why not click on Chalkboard’s blog at www.chalkboardwar.com?

Editor’s Note – Play NICE in the comments – You’ve been warned.