Privateer Press unloads a bunch of new sculpts and kits for Warmachine & Hordes! 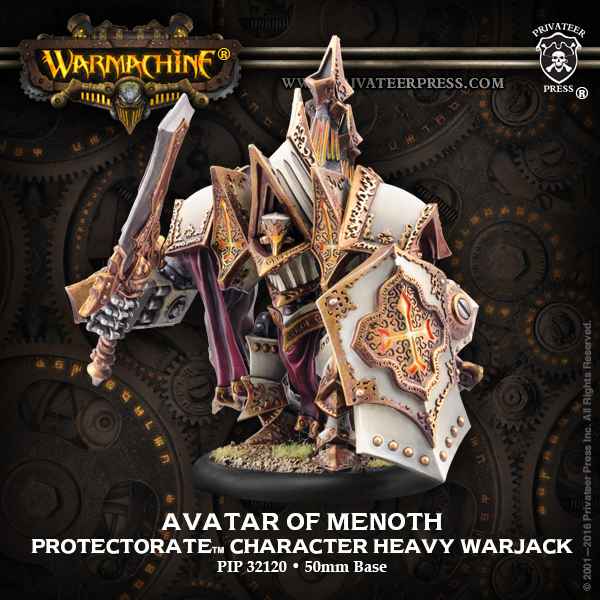 A sanctified instrument of divine wrath, the Avatar of Menoth is a warjack guided by the Creator’s will alone. In its right hand the Avatar wields a Sulese blade named Burning Wrath that is wreathed with holy flames. In its left hand it bears the Divine Shield, consecrated to turn away blades, gunfire, and the touch of heathen magic. 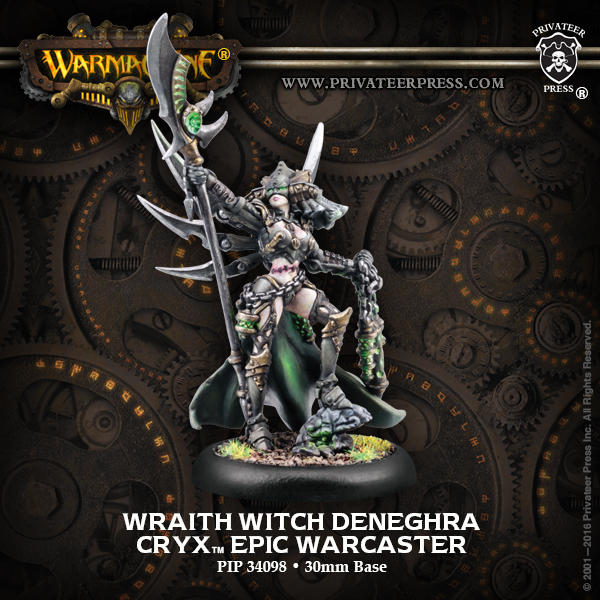 Undeath has amplified Deneghra’s twisted manners of treachery and deceit, her cruelty, and her lust. She can only feel a tempestuous rage and act against those in her path, wantonly seeking victims to crush and kill at the behest of her master. However, it does nothing to ease her worries or fill the void left by her vacant soul. 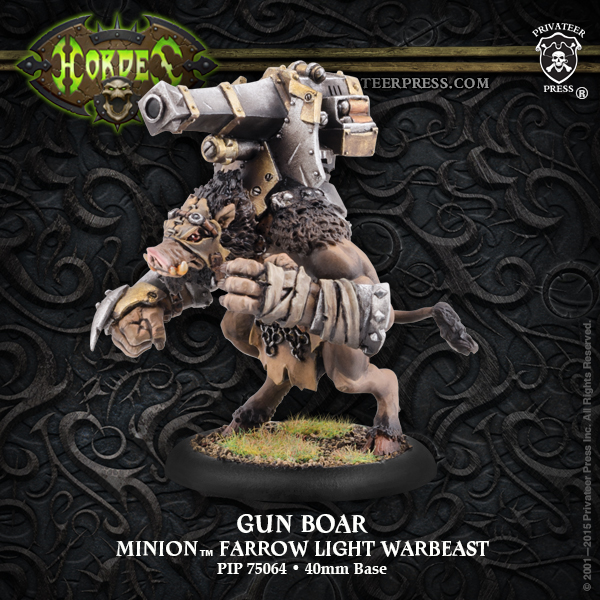 For generations, boars have been trained for battle by the farrow. These boars have become powerful weapons in the arsenal of the Thornfall Alliance. The lumbering gun boars are walking artillery platforms in the service of Lord Carver. These warbeasts turn their cannons upon enemy formations to scatter them with explosive force. 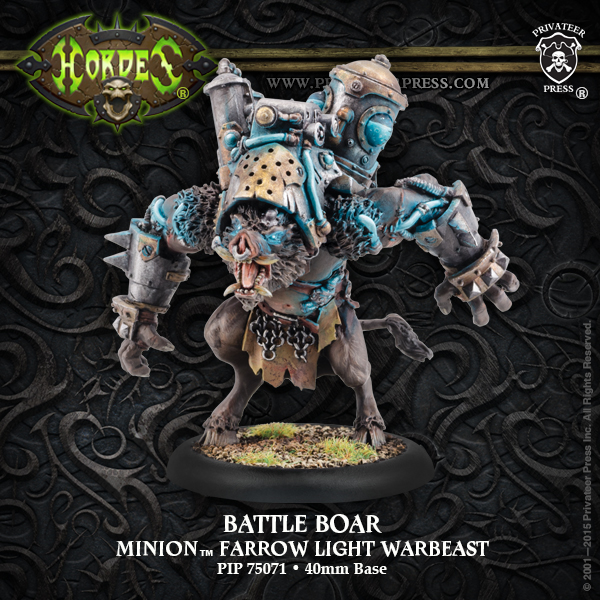 With the proper application of alchemical and electrical impulses, Dr. Arkadius encouraged farrow muscles to gain bulk and bones to lengthen and harden. Turning this craft to the boars of the Thornfall Alliance, he has created powerful new living weapons. His trained battle boars learn to activate pumps connected to tanks of stored adrenaline to enhance their strength as they batter opponents to pieces. 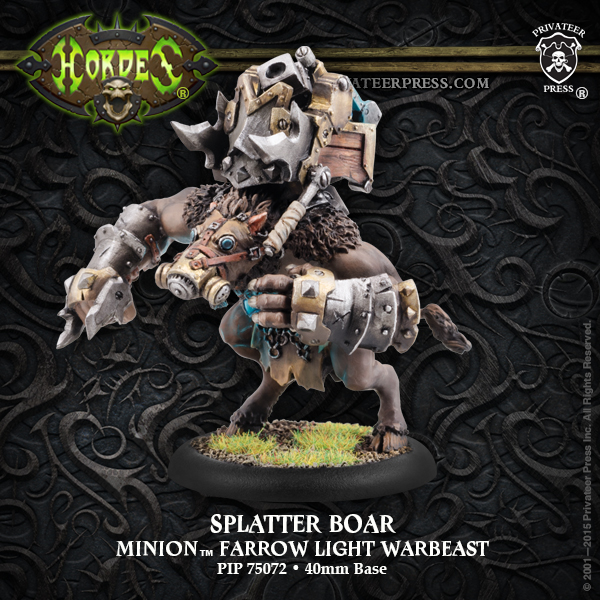 At his remote laboratory, Dr. Arkadius has been able to indulge his scientific and surgical theories to create frighteningly specialized warbeasts. Fitted with a mortar and a bandolier of shells containing highly volatile substances, the masked splatter boar trades accuracy for the ability to bombard anything and everything with corrosive chemicals and panic-inducing gases. 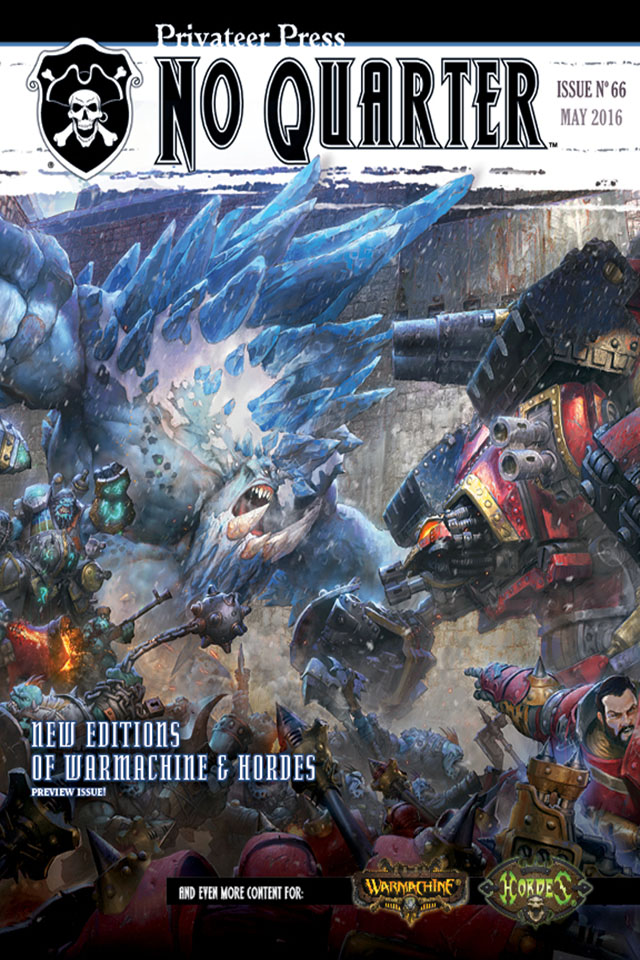 If you like model previews, you definitely don’t want to miss No Quarter #66! Not only will you find previews for a host of upcoming releases, you’ll also get a battle report feature spotlighting new models, new painting guides, and so much more. 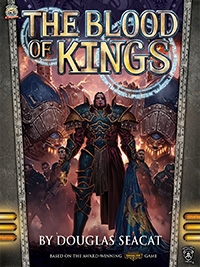 Amid the backdrop of a new Cygnaran civil war, the fate of the kingdom depends on the outcome of a covert struggle between two powerful warcasters—the gun mage Allister Caine and the mercenary warlord Asheth Magnus. Caine faces a moral quandary as he seeks to kill the bastard son of Cygnar’s former king, knowing he must end an innocent life to preserve the peace. But Magnus is equally determined to see the bastard crowned as king—and is willing to kill anyone who gets in his way. Regardless of who emerges the victor, the blood of kings must be spilled to end an otherwise interminable war.