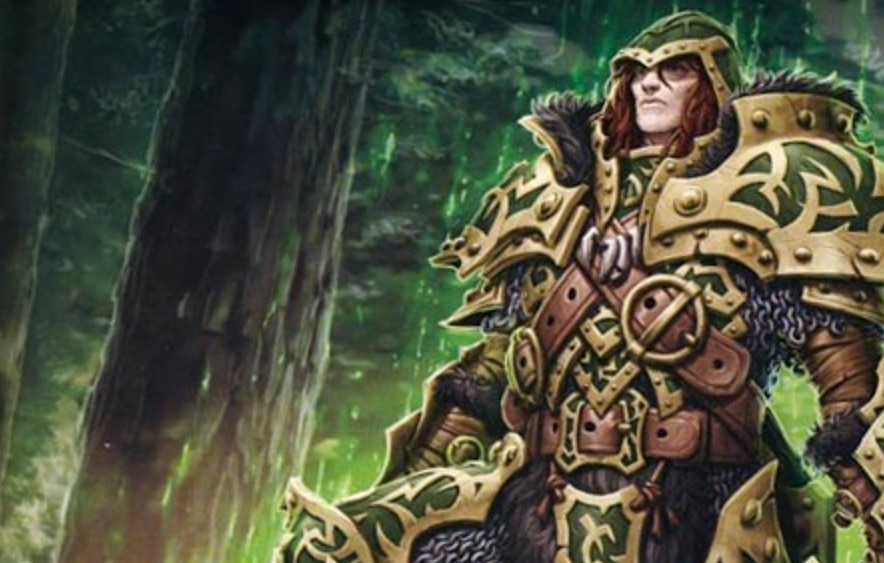 The new edition lists keep coming – this time we get a look at a Circle Orboros list!

My first models were a unit of Wolves of Orboros and the Wolves of Orboros Chieftain & Standard, purchased well before I knew how to play the game. (Well, donated to me by Aeryn Rudel, actually—thanks again, Aeryn!) Since I spend many weeks and months working on Iron Kingdoms Unleashed, my love for the Circle has only grown deeper. Working with Jason Soles and Doug Seacat to flesh out information for the game really had me invested in the blackclads and their many allies and agents.

My time spent working on the roleplaying game has also made me value the story of a game, often more than winning. I prefer to build armies that fit a specific theme instead of worrying about what will give me the best strategic advantage. I decided to build a 75-point list that grabbed the “wolf” concept by the throat and ran off with it.

My list is probably not the most tactically robust one out there, though it does have a few cool tricks. Grayle’s Tactician [Wolf Sworn] ability means that pretty much the whole army can maneuver around one another without worry. I can leave my models behind a screen of, say, disposable Wolves of Orboros or durable Warpborn Skinwalkers. A flurry of crossbow bolts flung over the heads of a skirmish screen is a nice thing to have in your corner. The Reeve Chieftain’s ability to ignore the firing into melee penalty means I can lock down a whole unit with the two-inch melee range of my frontline infantry and pick off targets without worrying about shooting my own soldiers in the back. Even more fun for me is charging Wolf Lord Morraig through said skirmish screen to flank a challenging target like a high DEF ’caster—better still if you tag him with Storm Rager first for the extra hitting power. Effective MAT 12 and POW 15 with four dice on the charge is something that really satisfies when it hits home. Still, I can hear some of you asking, “If it’s such a thematic Wolf Sworn army, why the gobber chef, huh?” Well, someone has to prepare the food for the warbeasts. And what’s better than having a gobber willing to toss a Wolf of Orboros or two to the pot?

Well, that and having one point left over.