Warmachine: a Question of Spam

If it’s the top performer in a Warmachine or Hordes faction, why not take seven?

Chalkboard here from Chalkboard War, with a discussion of that long-standing question of Warmachine and Hordes: to spam or not to spam?

Most of us know what the word “Spam” means when it comes to gaming. The term is actually one of those amazing generic trademarks/proprietary eponyms, like using the word “Kleenex” for all tissues, or the way that many folk from the Southern portions of the United States use the term “Coke” to describe all types of sodas. In this case, the term not only is used that way (to describe all canned meat products), but has made the leap into gaming to describe the taking of multiple copies of the exact same unit in an army list. It conveys a sense of a generic approach, of non-uniqueness, of simply battering down the opponent with the same bland diet through the game. 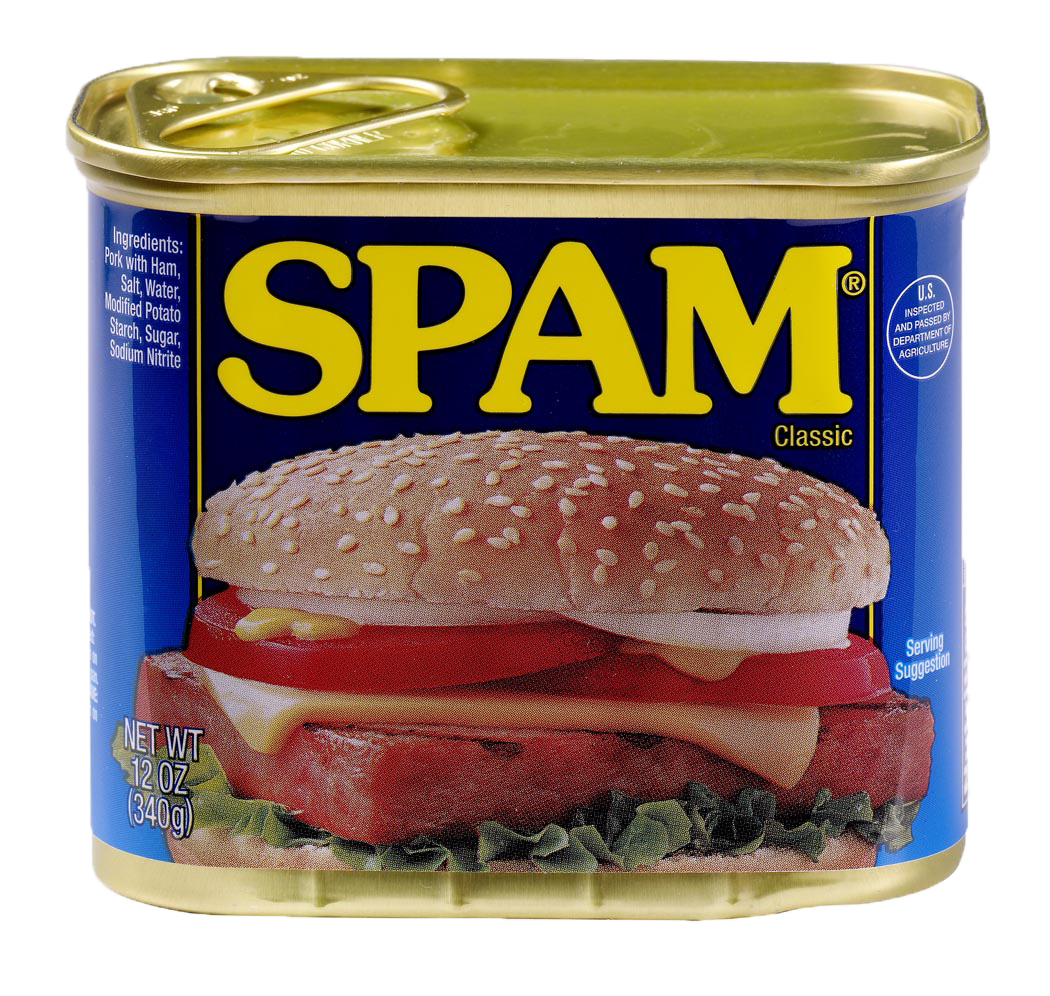 The can. I never noticed the “classic” part of the title until just now. I wonder if there’s “New Spam”?

There was a great article a few years back by Reecius of Frontline Gaming for BoLS that explored different perceptions about Spam lists in 40k, addressing the issues of power-gaming, tournament lists, and the notion that it leads to a flat, boring list. It’s worth a read-through for Warmachine and Hordes players too.

What’s intriguing to me is that with the new edition of Warmachine, I’ve noticed a tendency toward spam in some of the lists players are sharing on forums, flag-poling on social media, and prepping for tournaments, so I thought it would be good to think about why a new edition leads people to more spam lists.

So why does it seem like more spam lists are making their rounds with this edition? I think it’s because people have spent a lot more time still thinking about lists rather than playing games. Even though we’re now a month and a half out from Lock and Load and the drop of Mark III, many people still have not gotten in a heap of games–particularly at 75 points. I myself have only managed a handful of 75 point games, as we’ve got a new crop of players here and a Journeyman league we’re fiddling with, so those larger games have been rarer than usual. And I’m guessing I’m not alone.

So why does that matter? I think that people are still scheming Mark III lists in their minds (and the internet–classic net-listing) more than taking them for 1-10 tests on the tabletop. Spamming is often much more an exercise of the mind than something that’s going to be effective on the table. The goal of the spam list is to ask your opponent a specific question. Can you deal with the number of hit boxes that this many Khador Juggernauts bring to the table? Can you handle this many shots from the Cygnar Hunters or Grundback Blasters? It often starts by recognizing a model that is comparatively under-costed: there’s the sense that you get more “bang for the buck” when you field the model. So the thought is: why not bring lots and lots of these cheap models? 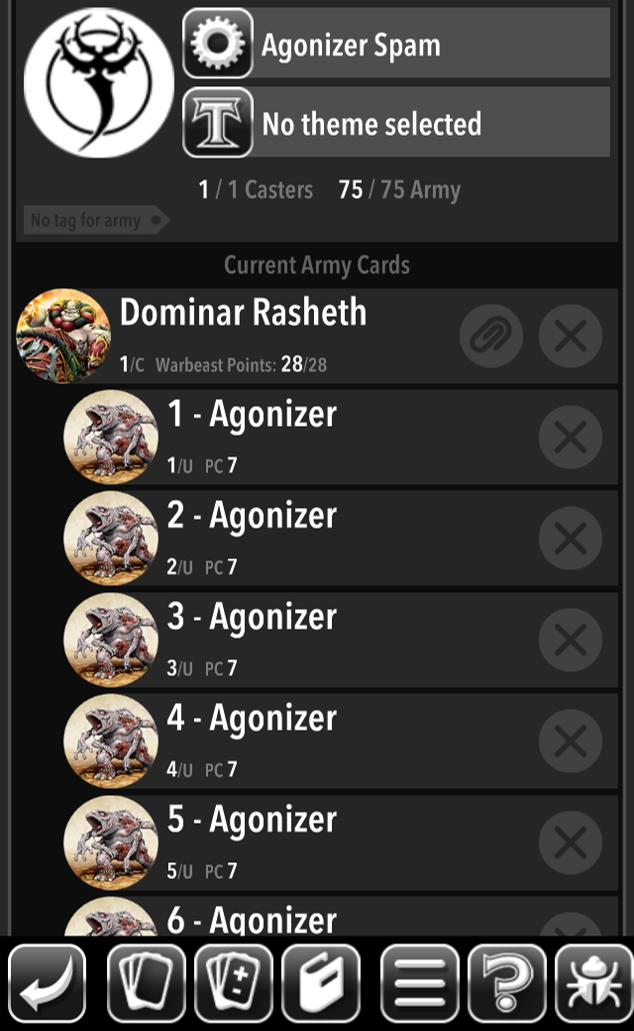 Not counting the trio lifting Rasheth, you can spam 14 Agonizers in a list. Although, just because you can, doesn’t mean you should.

Note that I’m not saying that spam lists are particularly bad, and that there won’t be dominant ones that may emerge. Mark II had a number of tested spam lists that appeared, some through game experience and some through the tier list effect. Mad Dogs of War is a proto-typical example from that era. Doom Reavers asked a certain sort of question of the opponent, and many units of them asked that question in a really nasty way. Things like the “Moar Banes” approach to Skarre were similar. There are going to be lists like that from Mark III too (especially when themes first appear).

But the reason they seem to be making the rounds more now is that many times that question of “why not take a lot of the comparatively cheap model” doesn’t get to the complexity of what’s going to happen on the board. It happens when you’ve read through the entries of your faction deck a bunch, and say “well, it seems like THIS unit is the one that’s really most cost-effective”. The spam list needs to also recognize that it’s going to ask its question in different ways versus different foes, but lack the flexibility to adapt. Spamming nothing but Juggernauts may sound like a good plan, until facing a list that can deny useful opportunities to engage in melee with a foe. When an opponent has an answer to a spam list, then the spam list lacks the ability to meaningfully ask a different question.

Ultimately, that’s why it’s my sense that as more table time happens, people will settle down and only certain spam lists will stand the test of time. That moment of being able to change what your list asks to face a different sort of threat, is where a more balanced and diverse list can succeed. Until people start coming to those moments on the table, they’ll continue to think that taking as much of the “cost effective’ option as possible may be a strong solution. The fun thing will be seeing how long that time takes, and whether any of the recent spam lists stand the test of extended time on the table.

~ How much spam are you planning in your Mark III lists? If you take multiple pairings, are they all different sorts of spam? Is spamming a better strategy than variety? Let us know your thoughts in the comments below.

If you’re interested in lists that are far more potted meat than spam, check out Chalkboard’s blog at: