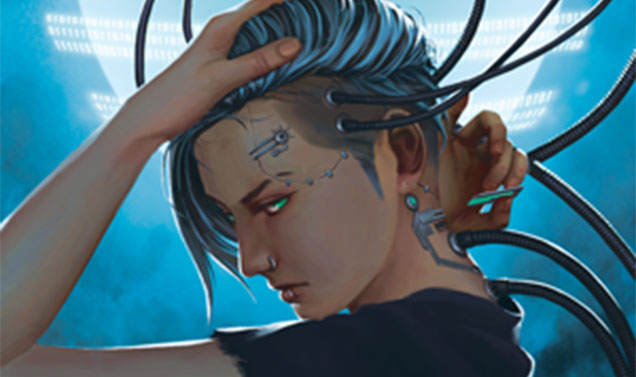 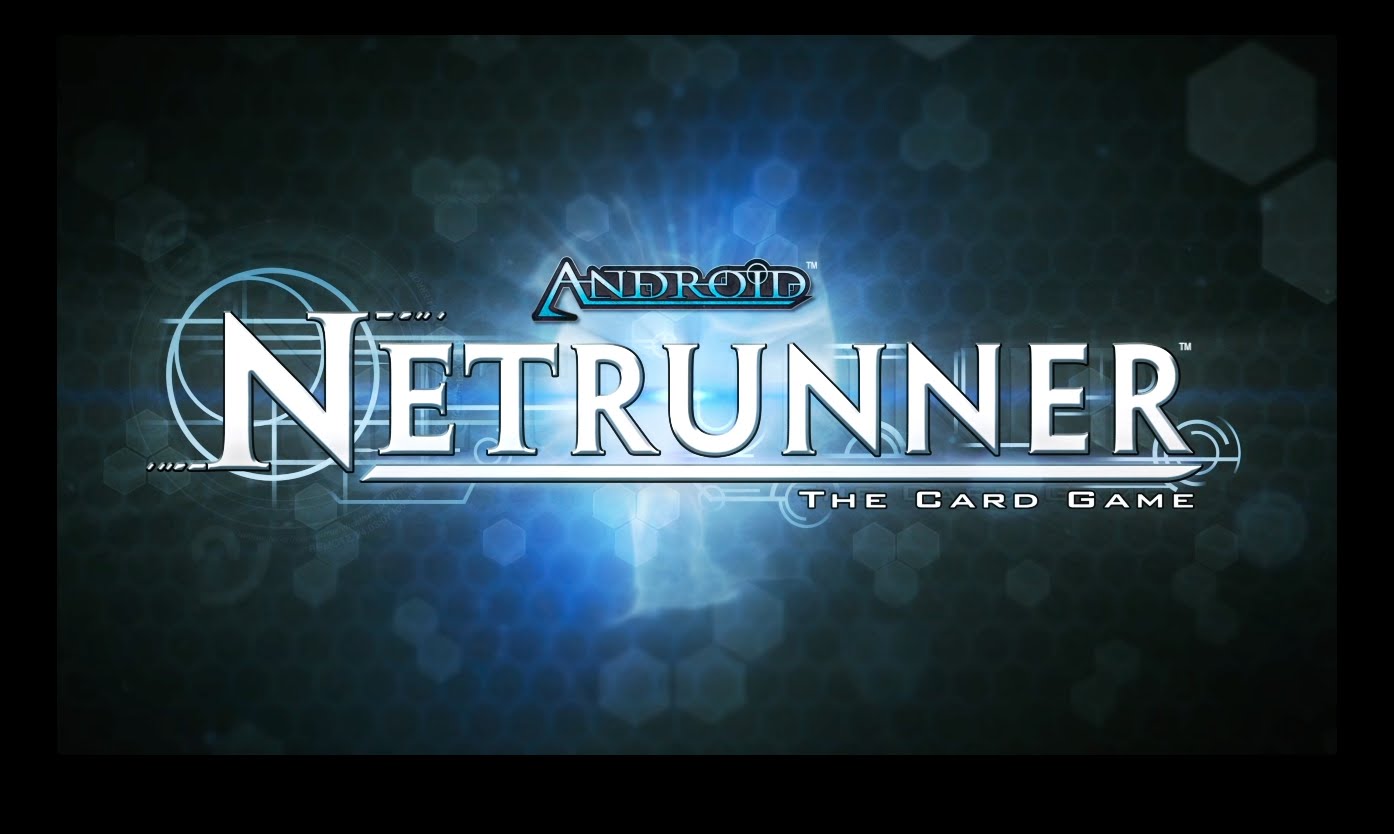 A provocative title I know but hear me out.  Read on and you’ll find out why.

Read on and you’ll find out why. 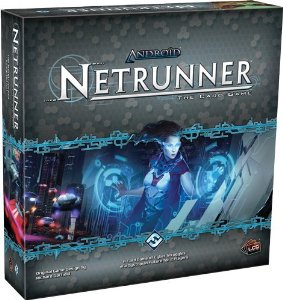 First off, a question? Why do people buy packs for a collectable card game like Magic the Gathering? Discounting the people who buy them not knowing what they are going to get or are buying them for nostalgia reasons (which a 20+ year-old game is going to get) people pick them up because they like the little hit of endorphins they get when they look through a freshly opened pack of cards and see a powerful rare card staring back at them. Wizards of the Coast knows this and have made sure that even players who don’t know what good cards look like can see the foil holographic finish and / or the orange mythic rare symbol on the strongest cards in the set. 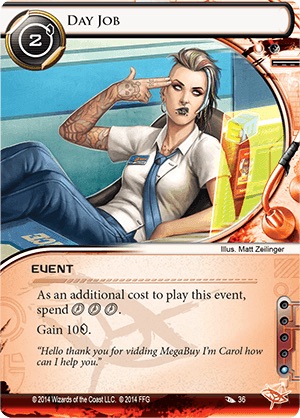 If you’ve ever played a collectable card game or know how addictions develop, you can see how problems occur. More product is brought and the rewards continue until they start to happen with less and less frequency. The buyers’ excitement level lowers as they have experienced it all before, but critically they continue to buy in to this minigame of random chance because they still want the hit. 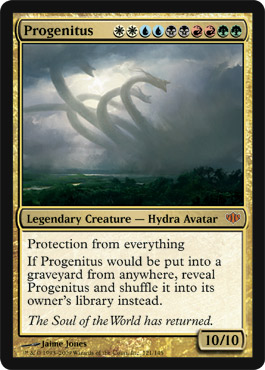 Netrunner is a living card game which means all the cards you will ever need are in the packs and ready to be used in your games, there aren’t rare cards or mythic rare cards, there aren’t even random foil cards, every card in a certain data pack is exactly the same. However, that addictive hit of discovering a rare card still exists because it’s been transferred to be part of the fabric of the game instead.

During a game, every time a Runner makes a successful attack (called a run) they see a random card either from the top of their opponents (the Corporation) deck or from their hand. This gives out certain information on what the Corporation has ready to use, sometimes it lets the Runner force the Corporation to discard it, the main reason to run is to discover the Agenda cards hidden in the Corporations deck. These cards have a number on them in blue and when the runner has a set of them that add up to 7 or more they win the game. 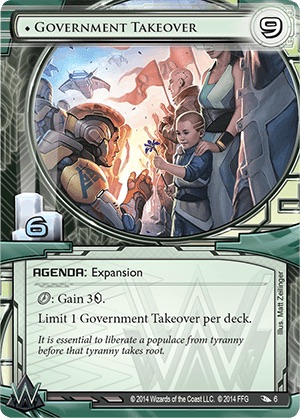 So the Runner makes runs, steals agendas and goes home happy with that endorphin rush of random chance. Except, wait, that’s only one side of the game. The Corporation can seed their deck with ambushes that come into play when the Runner accesses them on their hunt for agendas, these things can damage the Runner directly, destroy programs or place nasty tokens on the Runner called tags that can be used to trigger even nastier effects like the removal of all the Runners money or the demolition of their house and surrounding houses in their neighbourhood. Most commonly they will install Ice protecting their servers meaning the runner has to expend more resources to try for that all important access. 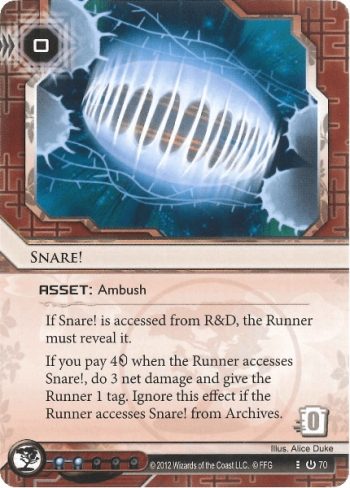 There you go, risk and reward working together in glorious concert, though if this has convinced you to pick up a copy the total cost of all the Netrunner expansions released so far is over £400. However if you’re interested, try a couple of copies of the basic game and play with a friend. 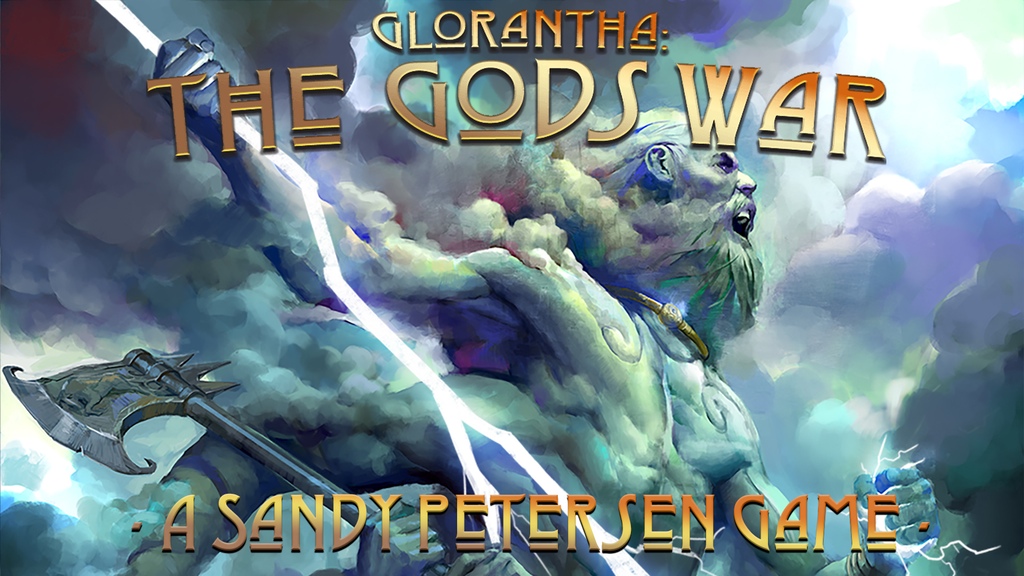