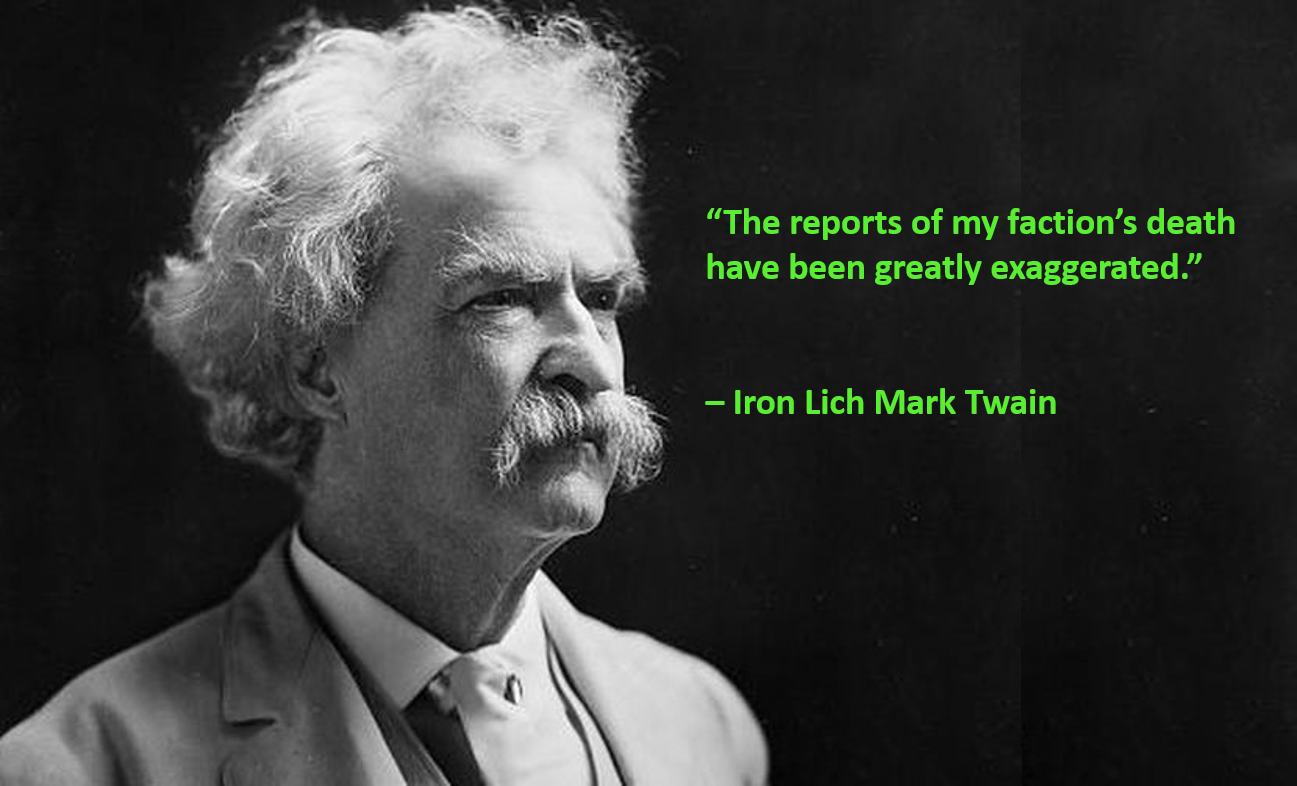 Take a second look at these two Cryx Warcasters for Warmachine.

Chalkboard here from Chalkboard War, with the start of a new series of articles covering each faction in Warmachine and Hordes, and detailing which Warcasters or Warlocks deserve a second look. Right now, the meta is crystallizing and the clear “these are the top choices” are starting to make themselves known in tournaments. The goal of this series is to give two “second look” contenders for each faction: warcasters or warlocks that you might think about fielding instead of the stable that are making the top of the routine. They may be a gimmick caster, a warlock without one sort of buff, or someone ill-suited to the story many are telling of the current meta but who might fare just fine when actual models hit the table. My hope is that we can forestall the rush of sameness with a bit of creativity and second appraisals, and ultimately see a wider set of Warcasters and Warlocks appearing at venues for Warmachine and Hordes.

I’m going to start with Cryx (and next week Skorne) because I think the whole faction deserves a second look. I’ve seen effective Cryx armies and abysmal Cryx armies in Mark III so far, and I fully expect to see more as time goes on. Will they be as dominant as in Mark III? No. But I expect to see them be able to be effective with the right lists, and I think all the doom-crying of “Cryx is dead” is off the mark (while still being sardonic, because they’re risen corpses you know).

Currently Deneghra1, Scaverous, Goreshade1, and both Skarre options seem to be leading people’s choices for top of the heap Cryx-wise. And Venethrax received a lot of attention due to the changes in Mark III, so I’ll probably leave him out as well. Given that mix, here’s my thoughts on two Warcasters that deserve a second look, and suggestions for how to structure a successful force with them. 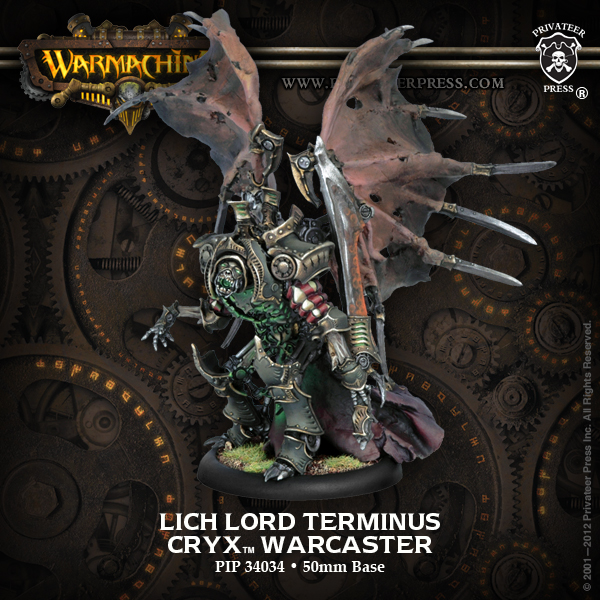 Yeah. I know that you’re hoping for a re-sculpt before actually taking a second look.

Okay, so the story people are telling about the game is that infantry is simply going to be more rarely included in forces. Which makes Terminus a bit more iffy, as his central mechanism at first glance is indeed crippled a bit due to that fact. That said, I don’t think that he becomes unplayable with that fact. There will still be some infantry, and as long as you’re careful to build a list that can strike a lot of infantry at the same time he could be quite effective. Perhaps a dedicated pair of Shrikes for feat turn could be solid. With some nearby undead to power his Sacrificial Pawn ability (and benefit from his aura of Tough), perhaps Orin Midwinter near by to keep Terminus somewhat safe from spells, and often sitting on a healthy stack of Focus, he becomes a tough nut to crack–even if he never hits the heights of silly he could in Mark II against infantry-heavy lists. I think he offers enough of an interesting challenge to opponents in Mark III he’s worth at least a second look. There may be some poor match-ups, but at least he can run something that can ask some nasty questions against a list that doesn’t have a strong assassination game. 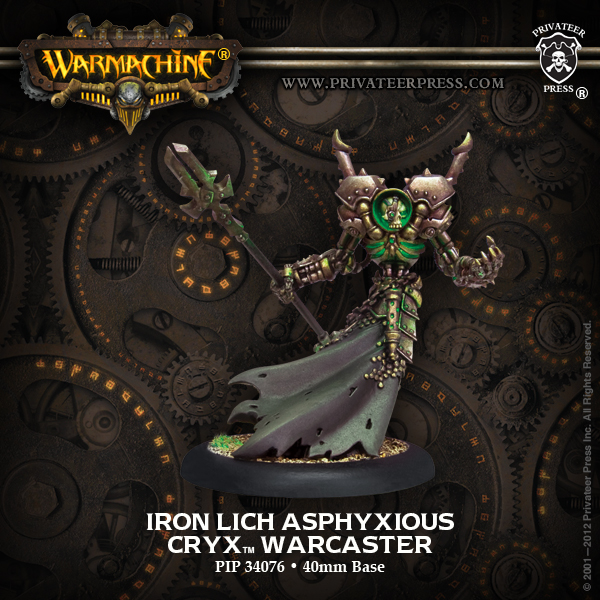 Yeah, humble Iron Lich Asphyxious. He’s in many ways similar to his Mark II version, which I always felt deserved a second look then. He has two big things to recommend him in Mark III: serious anti-ARM game, and a nasty personal assassination vector at most any time he still has his feat up (and still strong without). Parasite is great for dealing with hit point spam, and with a Skarlock and a sacrifical cheap Arc Node on a prior turn you can get three total models suffering it in a single turn if you’re crafty. With Gaspy1’s passing out Dark Shroud on his own, along with Ragman and the other omnipresent sources of Dark Shroud in Cryx, that’s a sour situation for lists trying to spam hit points with good armor (cheap heavy warjack spam especially). Given we’re seeing some people trending in that way, it at least deserves a good look. Of course, Parasite and Dark Shroud/other ARM debuffs are fairly common, so you have to ask why not the debuff might of Deneghra1 or the mobility and anti-shooting feat of Agathia. The reason why I think Gaspy1 is worth a second look is that he doesn’t just do the armor-debuff game skillfully. He also has a nasty assassination presence always on the table. He can get it done in melee thanks to Sustained Attack and at range with Hellfire. An opponent that doesn’t respect Spectral Leech could find themselves definitely in jeopardy upon losing Focus or Fury. Needing to keep ultra-heavy camp alone when facing Gaspy1 can be worth it–that can mean them not powering their force or casting spells to assist in the fight, which can be a tipping point. I’m not saying he’s the top caster by far, but he’s a solid Warcaster and certainly worth a second look in my book.

~ So how do Terminus and/or Gaspy1 do when you give them a second look? Do they offer enough that they’re worth thinking about in lieu of the emerging stable of Cryx “good” casters? Could they be a solid half of a pairing? Do they ask a question of opponents’ lists that’s worth another round of consideration?