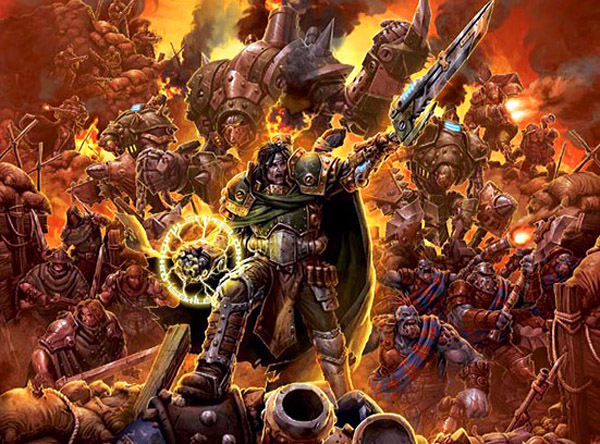 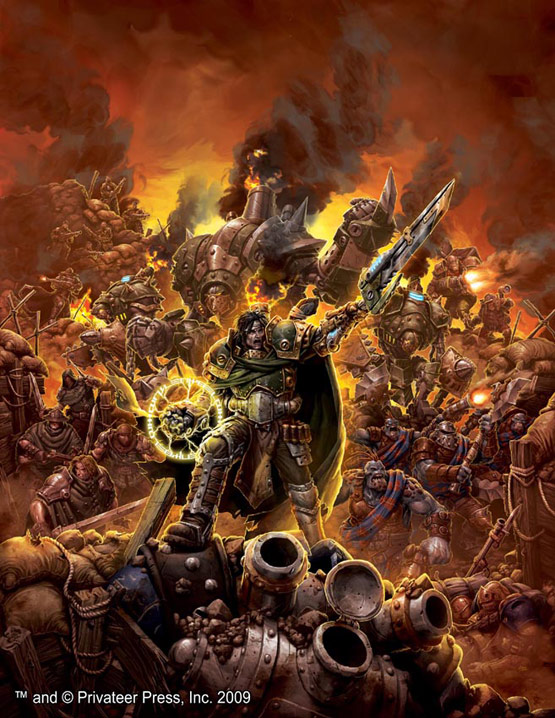 Take a second look at these two Mercenaries Warcasters for Warmachine and Hordes.

Chalkboard here from Chalkboard War, with the third in my series of second looks articles asking one simple question: given that the meta is starting to condense into the first set of “these are the best casters in each faction”, what (if any) warcasters and warlocks in Warmachine and Hordes deserve a second look. With the WTC this past weekend giving the community a definitive list of what the top players in the game are choosing to field, expect to see players in your local meta starting to mirror those choices. That said, before we all run out to ape and emulate the top brass, it’s worth potentially asking: are there any other warcasters and warlocks that might fit the bill as well, and happened to simply not make that initial “best” cut?

The past two weeks I covered Cryx and Skorne as they’re the two factions that I feel deserved a second look as a faction. Now I want to get into the factions that are considered by most to be competitive. And instead of saving Warmachine Mercenaries until last, I thought I’d give them a front and center treatment this time. 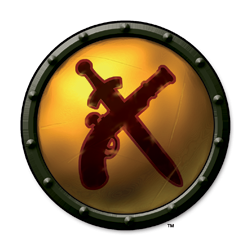 Mercenaries in Warmachine have the distinction of being rare(er) than other factions because often they have a harder time assembling a tournament pairing. If you stick within the same sub-group (Mark II contracts), then you’re likely not covering all your bases or presenting enough diversity to the foe. And while Cephalyx were built with an eye toward being able to drop the two different casters and call it a day with the pairing, many of the other contracts require very different models to be successful.

From initial tournaments and the WTC lists, it became clear that Rhulic Warcasters were in a good position: Ossrum and Gorten were well-represented, and Durgen is certainly in the mix. Rounding out the consensus on top casters seems to be Magnus2, Captain Bartolo, and Exulon Thexus, all of whom have understandably strong lists that they can marshal.

Given that listing as the core group, I wanted to take a moment to make some suggestions about two other Warcasters that might be worth a second look for Mercenary generals in Warmachine. 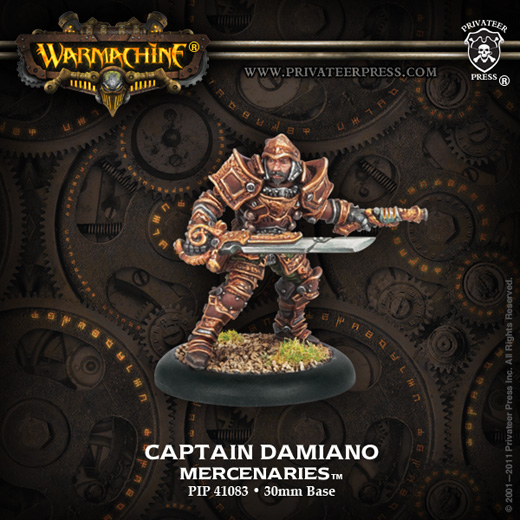 So Damiano appears here and there in top finishes in tournaments and had some representation at the WTC, but given the limited number of Mercenaries players overall it’s hard to get a sense for how useful he is in a tournament pairing. What seems to be his main knock, I’ll instead try to treat as his main strength: he’s an infantry support warcaster. I think that’s what’s turning people away from him right now, as plentiful infantry lists seem to be on the outs currently. Yet if you’re going to run a lot of infantry, few do it better than Damiano. With Deadeye to support ranged units, Death March to give hitting power and vengeance to melee units, and Sure Foot for defensive boosts and knockdown prevention, he’s pretty clearly the sort of caster who wants three or more infantry units on the table. That’s all the more apparent with his Paymaster ability supporting the various Steelhead units. Add to this the Kingmaker theme which gives free solos for certain amounts of infantry, and wider options of what infantry can be used (three types of Cygnar units), and you can see how infantry is his game. The question remains: is there a role for heavy infantry in a pairing? I think there can be and will be, especially as people adjust to changing threats in the game (and more theme lists are released). Thus, I think Mercenary players would do well to keep him in occasional rotation. The free points for theme alone bring the reasoning for a second look–the fact that his stock may rise over time is all the better. 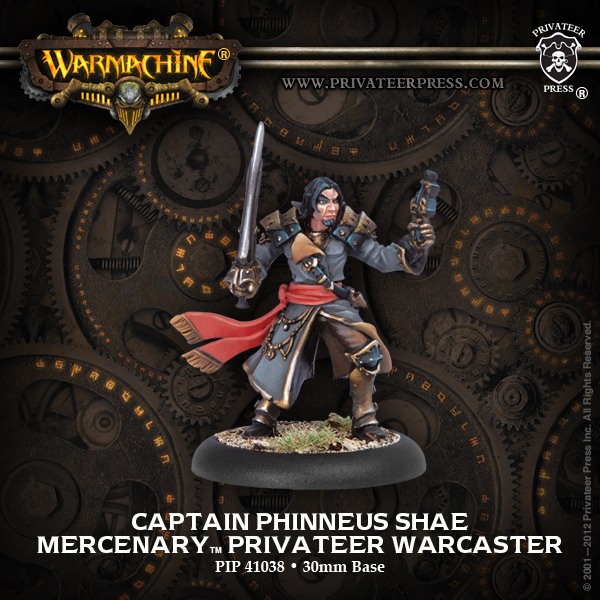 Much of what was said about Damiano applies to Shae as well. While he’s a little less limited than he was in Mark II, he still has strong incentives to take his fellow pirate models thanks to his Coup de Main spell. And unlike Damiano who is more of an upkeep Warcaster, Shae has to make tough decisions each turn: when to refrain from Coup de Main and instead get other work done with his focus stack. That said, I put him in the same camp as some of the Mobility casters: realizing that you don’t need to absolutely cast it every turn sets you free. His feat can allow some sneaky positioning either forward or back, which with his Veil of Mists can lead to some assassination vectors that are harder to see coming than usual. Where I think he could be interesting is with a healthy number of Freebooters. It’s not a great list, but enough of them with the potential for free charges and dramatic speed increases–11″ basic movement on feat turn with Jury Rig–Shae could potentially put together a sort of wound-spam list that moves far faster than opponents are ready for. I don’t think it’s great, but I do think that Shae is more likely than most to get a spot in a theme list sooner rather than later, and thus getting some table time with him now may be just the thing later. I believe that there’s enough here for a second look at the very least.

~ So how do Damiano and/or Shae do when you give them a second look? Do they offer enough that they’re worth taking instead of the current “consensus choice” warcasters in Mercenaries? Could they be a solid half of a pairing? Do they ask a question of opponents’ lists that’s worth another round of consideration?