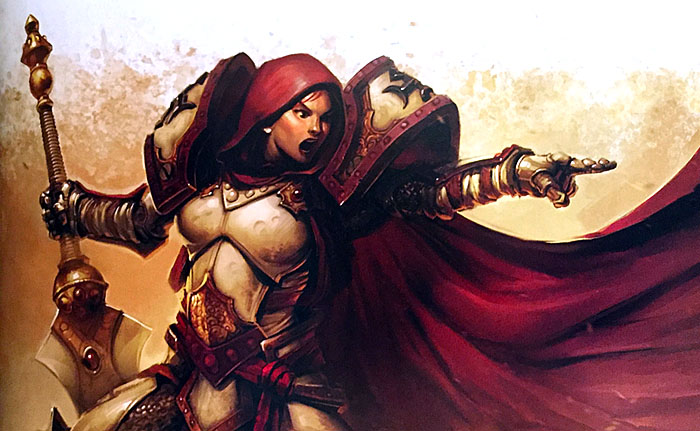 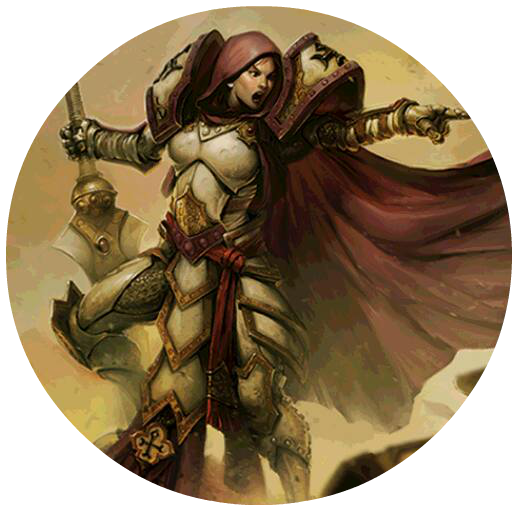 Menoth’s Knight Exemplars just got a new officer and she is mega mean. See what believing in the power of the light brings to Mk.3.

This is a 5 point officer attachment to knight exemplars. She is FA:U so you can bring as many of her as you have knight exemplar units to attach to. She really packs a punch and costs 5 points. 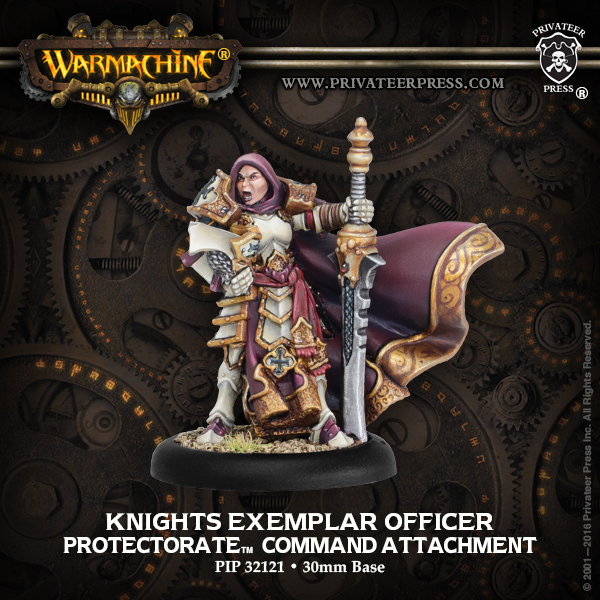 What Does the Knights Exemplar Officer Do?

Similar to knights exemplar she is SPD5 DEF12 ARM15 with 5 boxes. She is armed with a relic blade that is magical and POW11 weapon master.

Obviously Cleave and Overtake are some sick synergies. You can get crazy deep into battle lines and cause real damage. Battle driven means these weapon masters can hurt heavies even when not charging. Exemplars already have high MAT so the divine inspiration means they can reliably hit defense 15 in most cases and can skew damage rolls.

Synergizes with: Thyra is probably the best menoth caster to deliver these crazy hard hitting weapon masters. She can Occulatate them to keep them relatively safe from shooting. Her feat gives them a 2″ threat extender and she can either buff their MAT or STR with her spells.

Lists with the Knight Exemplar Officer:

This list has some crazy hitting power and is deceptively fast with Thyra’s feat. Using Occulatation and the feat to deliver the knights exemplar to crush anything before you. 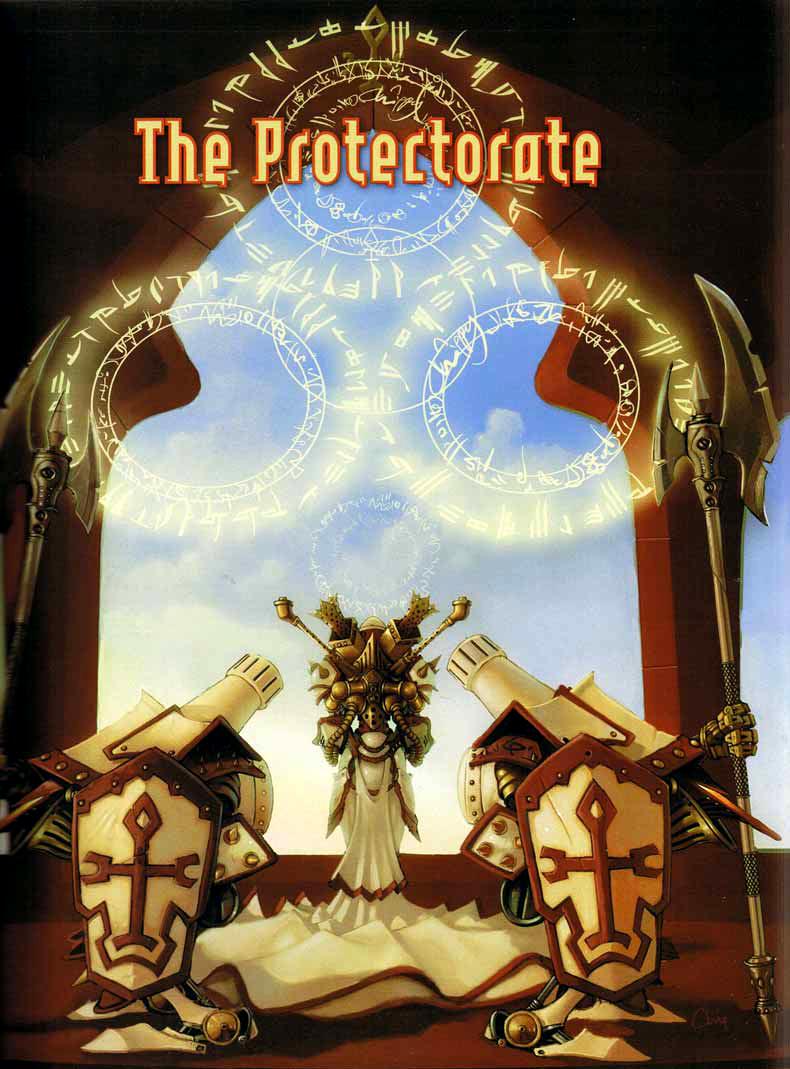 The Knight Exemplar Officer gives some great abilities to Knight Exemplars. If you are already fielding them definitely consider making the room for the officer. I don’t know what else you can ask for besides, a 2nd attack or cheaper points on her, she is a solid B+.

What do you think of the new officer attachment for menoth?  Please share your comments below BoLS!