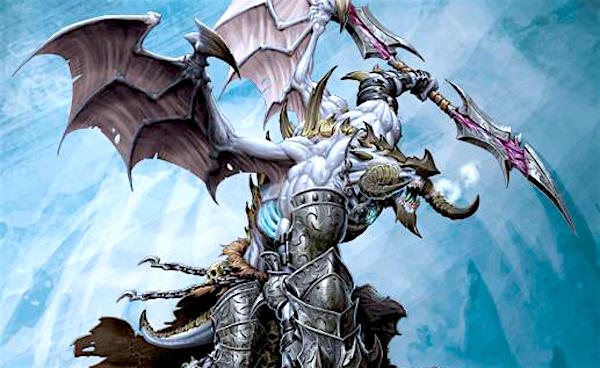 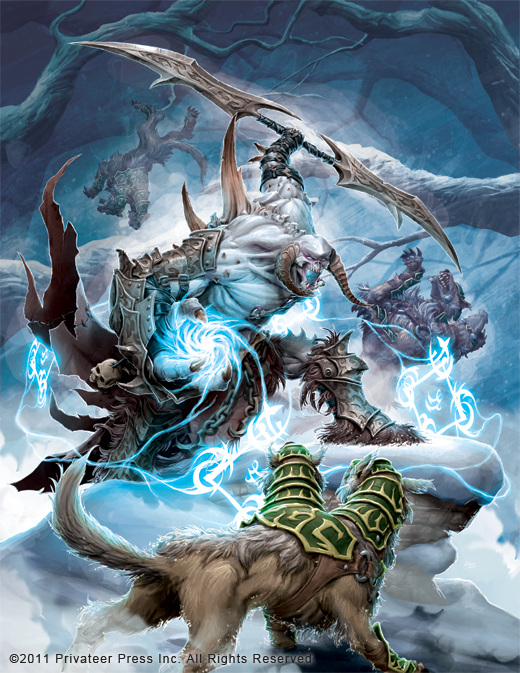 Take a second look at these two Legion of Everblight Warlocks for Warmachine and Hordes.

Chalkboard here from Chalkboard War, with the eighth entry in my series taking a second look at under-used warcasters and warlocks in Warmachine and Hordes Mark III. Now we’re going on a full six months of Mark III being out, and that means that the meta has been seriously crystalizing–people have gotten enough games in to know what they’re preferring, and critically, are sharing that with others on forums and social media. Likewise, big tournament results are publicized (such as the WTC and Warmachine Weekend) and winning lists shared from them, which further causes creep toward that short list of “these are the best” warlocks. While that is fine and dandy, and the consensus choices are indeed good models, there’s also a bit of room to explore some other warlocks and warcasters in factions as well. While they might not be perfect, a second look may be deserving at certain choices before the meta finally decided which are the “unequivacal best”.

When it comes to Legion, there seem to be a few leading choices. Lylyth3 can run an absolutely nasty list in Mark III, with Absylonia2 and Vayl2 coming in as common choices as well. While he was less represented at the WTC, Thagrosh1 still has a fair amount of play among a lot of players it seems. And Fyanna2 deserves honorable mention, as she seems to be very exciting and is getting a lot of play–part of it is that she’s brand new, but the other part is that she seems to have some serious possibility as a warlock. And while newer players to Legion could be tempted to run with a pairing from these choices, there are a couple of warlocks who might deserve a second look before you restrict yourself to only these few. 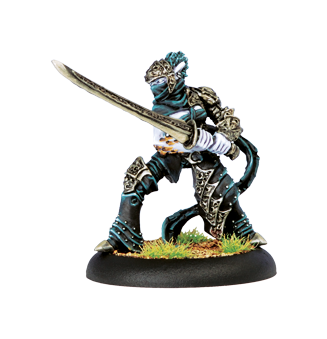 So first off, the obvious negative: assassination warcasters and warlocks are limited when your opponent knows that’s the plan on the table. That said, if you work on playing the threat of the assassination to help you accomplish other goals, then they can get a lot more work done than you think. The best part is, with a 13″ plus whatever base size she’s attacking +1″ for her own base threat on feat turn range, Rhyas can stay threatening in a lot of match ups for a long time. She certainly benefits from the change to dead warbeasts still providing focus in this way, and thus can even afford to kind of get “behind” in attrition if it sets up the attack run. There are going to be hard match-ups for her certainly, but I think she’s got some ability to control the battlefield simply by threat. In addition, her Rapport spell effectively giving long leash to any warbeast plus a hefty MAT buff is definitely something to exploit. Having a MAT 8 Scythean ready to be forced while 20″ away gives some serious tactical flexibility to her list. I don’t think she’s a perfect warlock, and she needs to be careful in her own right, but she’s got a daring playstyle that can sometimes pay off against over-cautious opponents (they’re trying only to not lose). 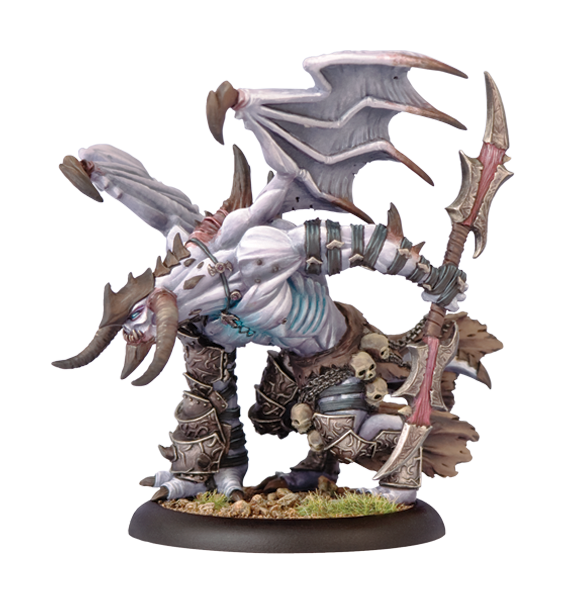 So I’ll preface this by the fact that I prefer warcasters and warlocks that contribute rather than hang far back and provide a general buff turn after turn. Yet looking at Thagrosh2, I see a warlock that I think can get a lot accomplished simply through buffs alone. Manifest Destiny, of course, is the critical link to this. It means going battlegroup heavy, but hasn’t that always been Thagrosh2’s style? Giving all battlegroup models a bonus die (discard the lowest) on attacks and damage is a great swing for so many reasons. In large part, is that’s equivalent to a +3.5 MAT fixer. That takes most of his warbeasts to the point where you don’t need to boost to hit, which means additional attacks or making the few that get through really hurt. Dragon’s Blood gives a good Sophie’s Choice to opposing melee infantry, which can in turn help make certain that Feat turn is the legit alpha strike it needs to be. Importantly, I think it gives him some real play into enemy heavy battlegroups or forces that have a single unit of infantry plus a number of warjacks or beasts. With his spell making sure you really never need to boost to hit (or suffer the “ooops two 1’s” problem less), a turn of heavy hitting to balance a heavy spam list seems entirely possible. Worth at least the second look at least.

~ So how do Rhyas1 and/or Thagrosh2 do when you give them a second look? Do they offer enough that they’re worth taking instead of the current “consensus choice” warlocks in Legion? Could they be a solid half of a pairing? Do they ask a question of opponents’ lists that’s worth another round of consideration?