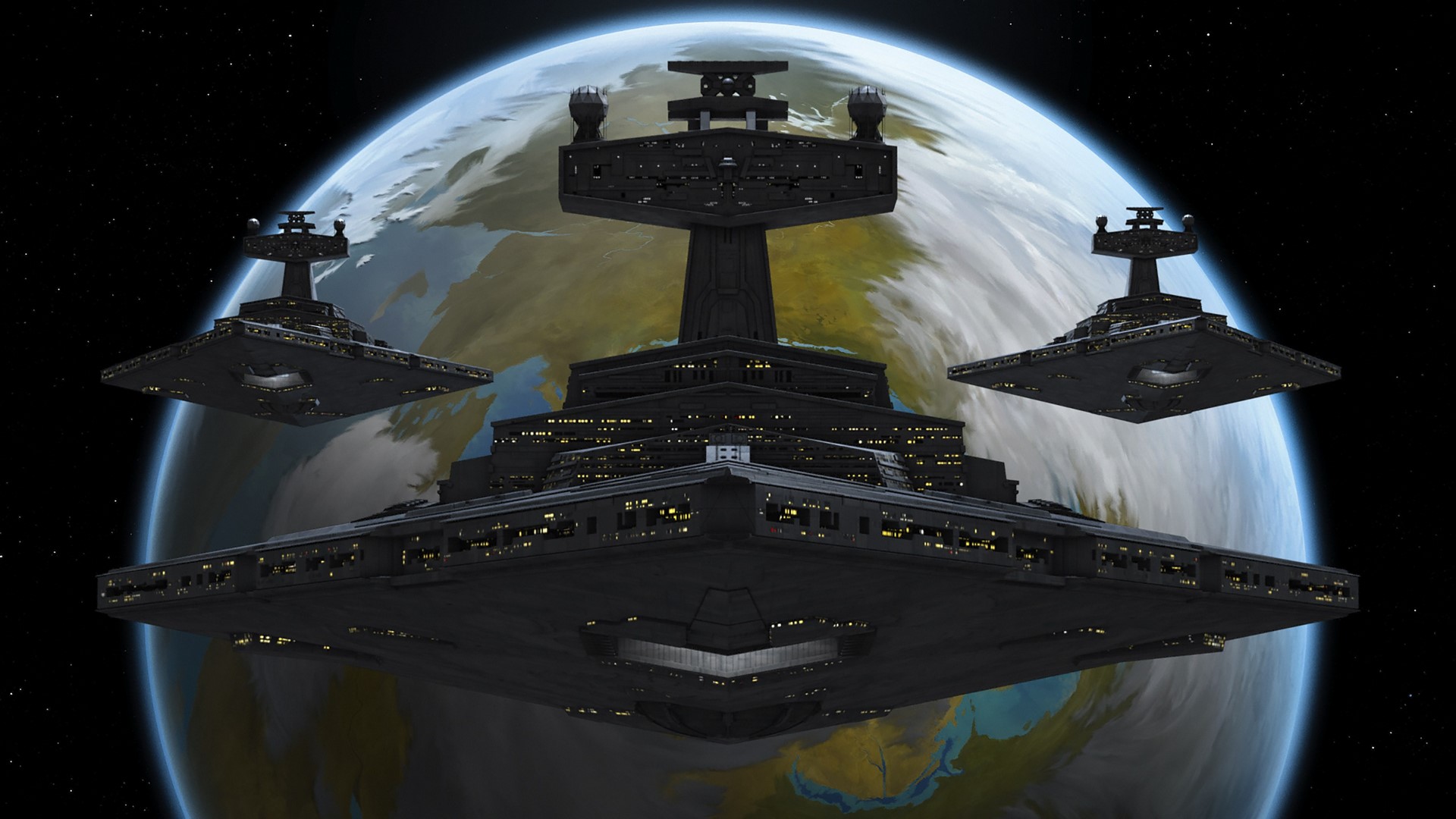 The Imperial Fleets from Star Wars: Rebels arrive to conquer your tabletop!

Welcome back BoLS Fans!  Last week I talked about building a fleet to represent the Rebel forces on Star Wars: Rebels. This week I decided to take a stab at building an Imperial fleet to face them, one based on the fleets shown in the show. As I may have mentioned before I am a big fan of theme lists, and I love the idea of recreating lists and battles form the shows and movies. Unfortunately I had a bit of a struggle coming up with a good list for the Imperials. Lets take a look at what I found. 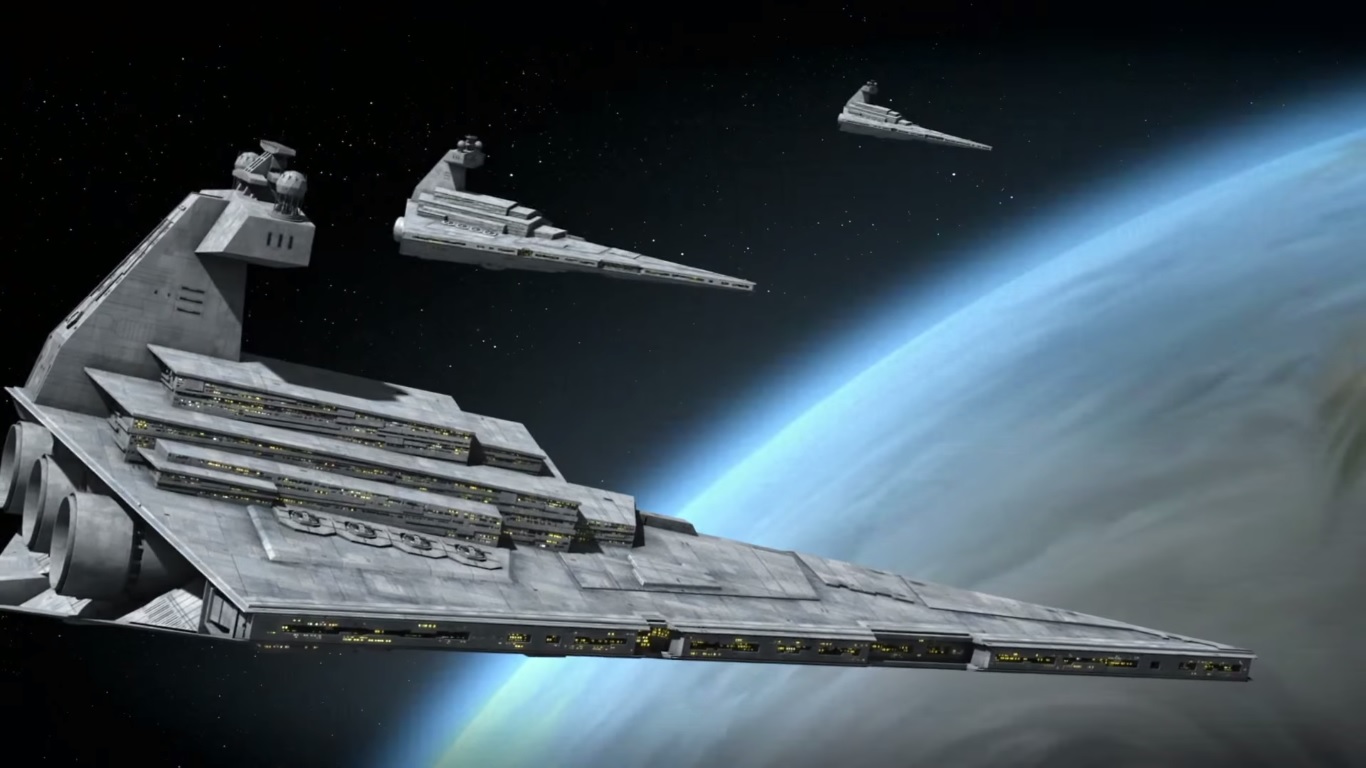 The might of Empire looms over a peaceful world

In some ways building an Imperial Fleet is very easy. We see one sort of fleet, with slight variations, in several episodes of the show. This is the kind of standard fleet with three Imperial I Star Destroyers in it. Here is the version I came up with. 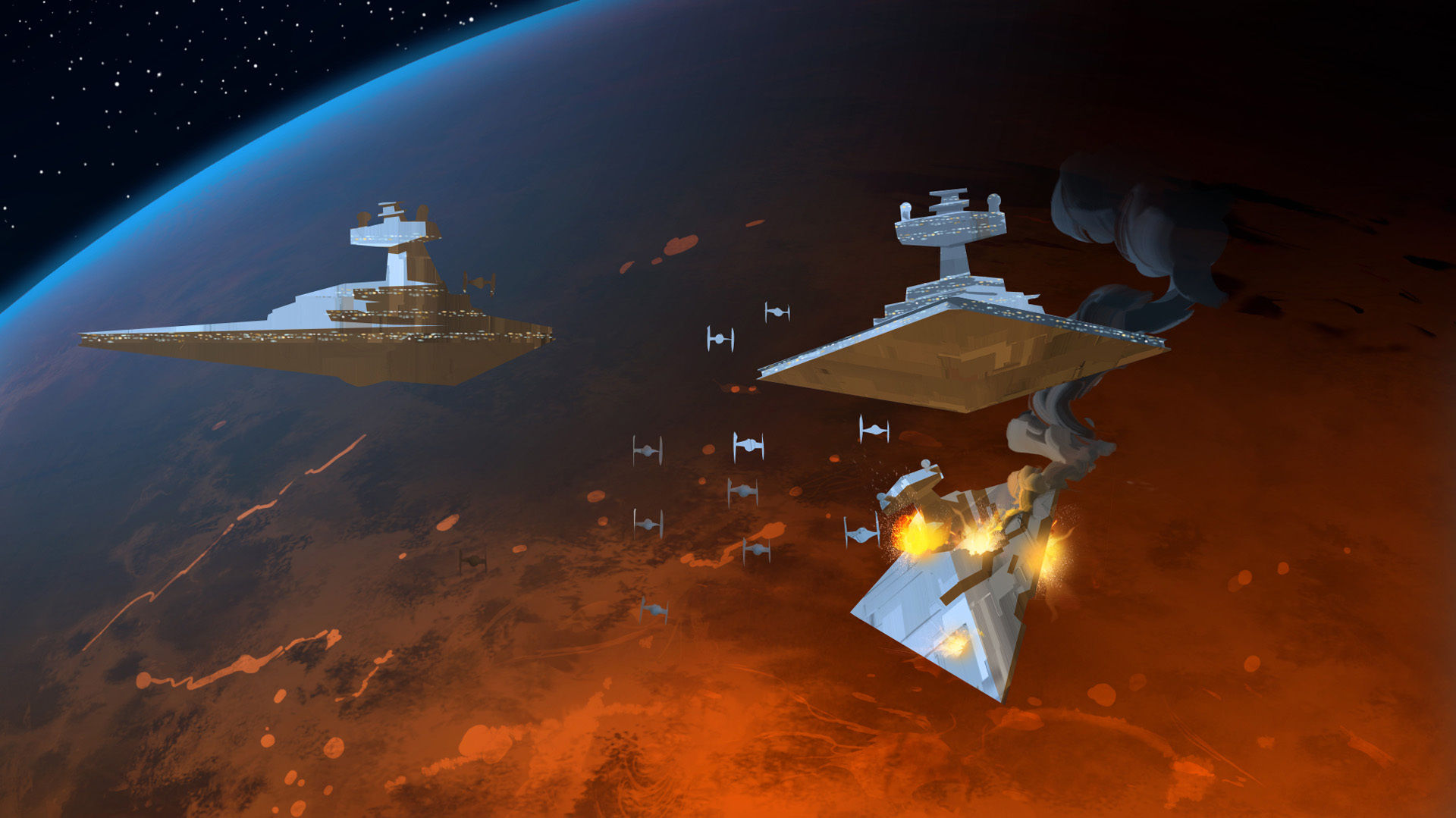 Using the Fleet Part One

This is basically the fleet you see blockading Mustafar in Rebels Season One, Episode 15. In addition ff you wanted you could switch Tarkin out for Konstantine and add Vader as a squadron to represent the fleet that attack’s the Rebels in Season 2 Episode 2. Dropping Vader for more ties would allow you to recreate the three ISD I fleet that shows up in a number of other episodes. While this fleet is accurate to the show, it’s also a little boring, as there it not much to it beyond three Imperial Is. Due to its make up it might actually make for a match up versus the Rebel fleet I did last week, heavy ISDs verse light CR90s, but it would be a slog fest. Due to this I figured I’d try some different builds. 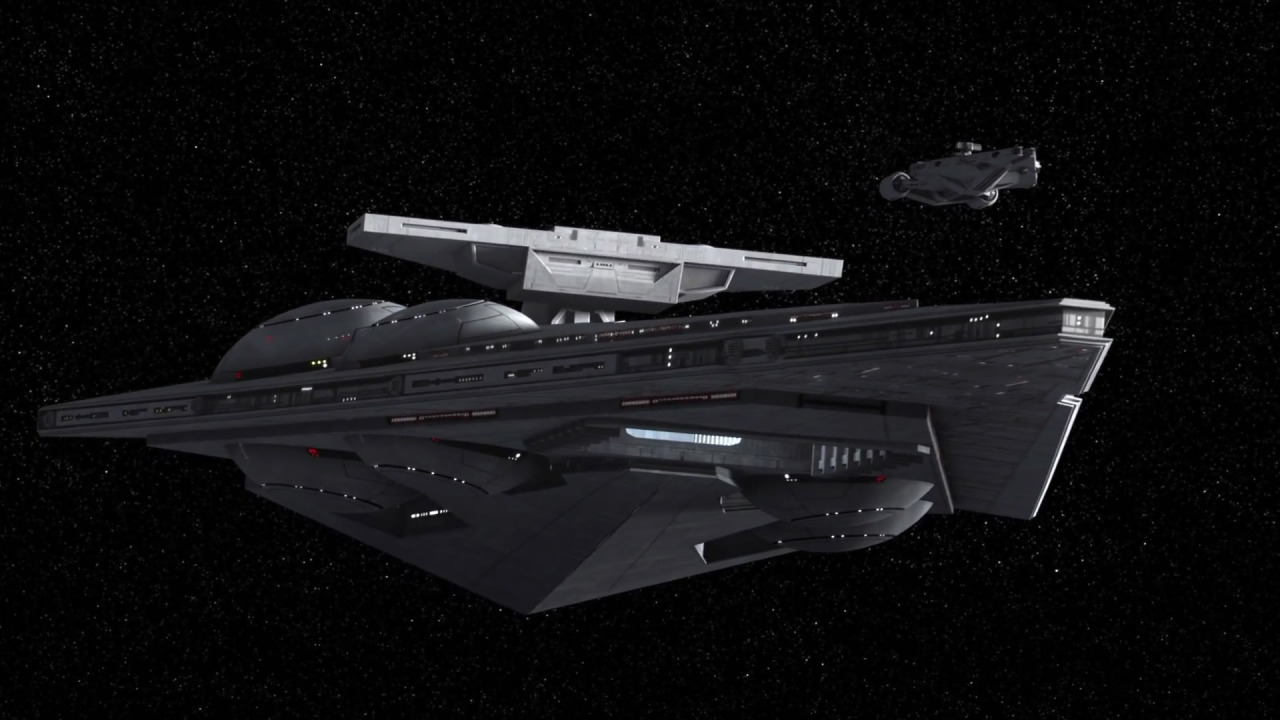 OK, take two, this time with some tricks! 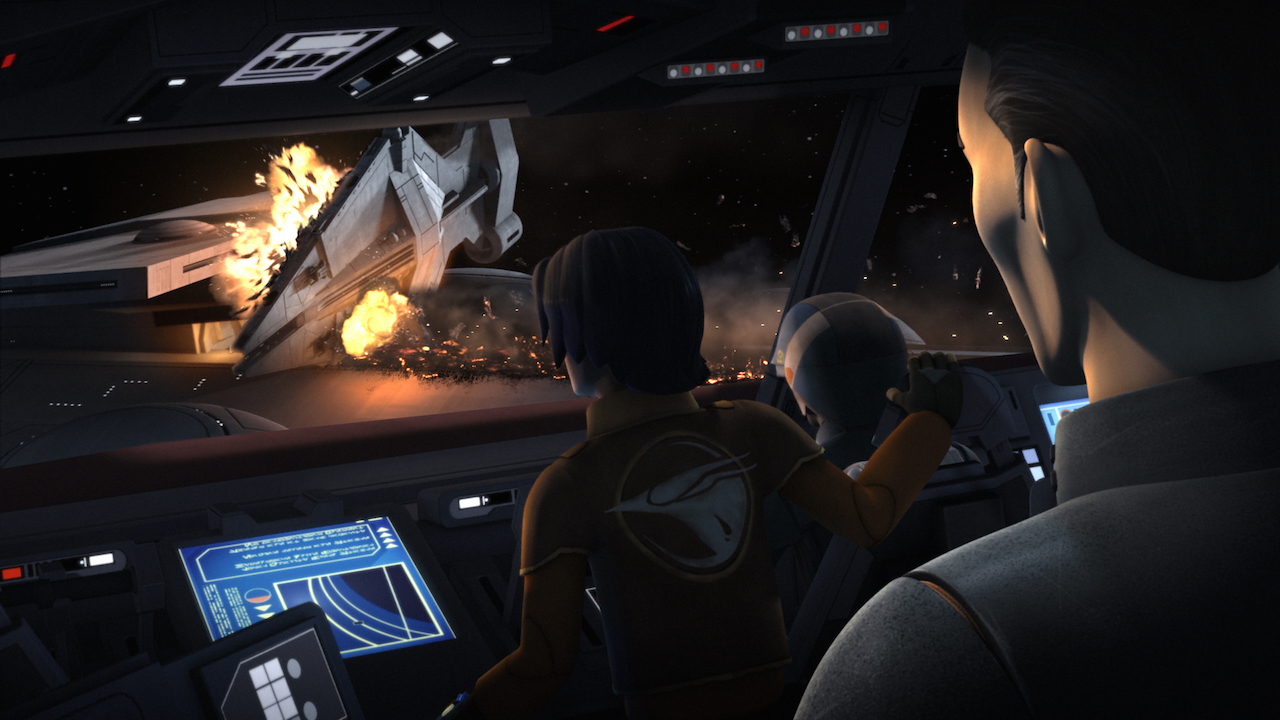 So this fleet is supposed to represent the fleet we see in Season 2 Episode 9, which introduced the Interdictor. The biggest problem I had was coming up with this fleet was finding the Admiral for it.  In the episode it’s self the Imperial commander is Admiral Titus, and while I’ve included him, he is not an Admiral in the Armada sense. Both Vader and Tarkin show up in Rebels,  but by this point they are kind of off doing something else. At the time of this episode it is in fact Admiral Konstantine who is in charge in of the Imperial fleet. Thus he seems a perfect fit for the Interdictor fleet, and fluff wise he makes the most sense.

The big issue is that he needs two medium or large ships to work. In the episode we only see the one Interdictor and a number of Arquitens, rendering him useless. If you really want to make the fleet work you’d either have to switch some ships out for another medium ship, or changes Konstantine out for another Admiral, most likely Vader.

Third times the charm, nothing is getting past us! 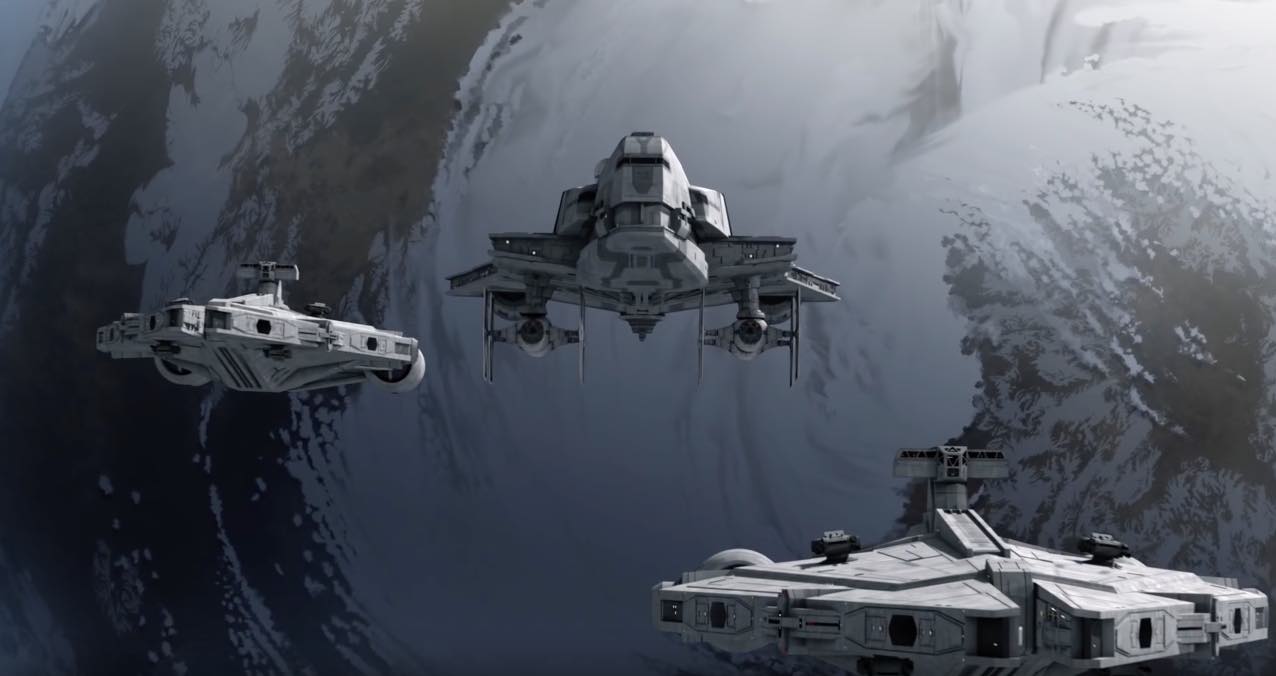 Dude, hold my TIE and watch this!

Lastly I build a fleet loosely based off of Season 2 Episode 7. I took a few more liberties with this one than the others, to try and make it work a bit better. In the Episode an Imperial force of three Arquitens and some Gozanti’s are blockading a world and the Rebels have to get by them. Because of this I took three Arquitens and two flotillas of Gozantis and a screen of TIE fighters. Vader seemed like a decent choice for the list, better than Konstaine and is a good match for the Arquitens.

I gave the Command Cruisers some upgrades but left one with out the Reinforced Blast Doors to represent the one the Rebel B-wing destroys, clearly it was reinforced! In addition we do see the Gozantis launching TIEs sometimes so Rapid Launch Bays seemed like a fun upgrade. Overall It this could be a kind of fun fleet to play around with a bit, giving the Imperials a very mobile force. 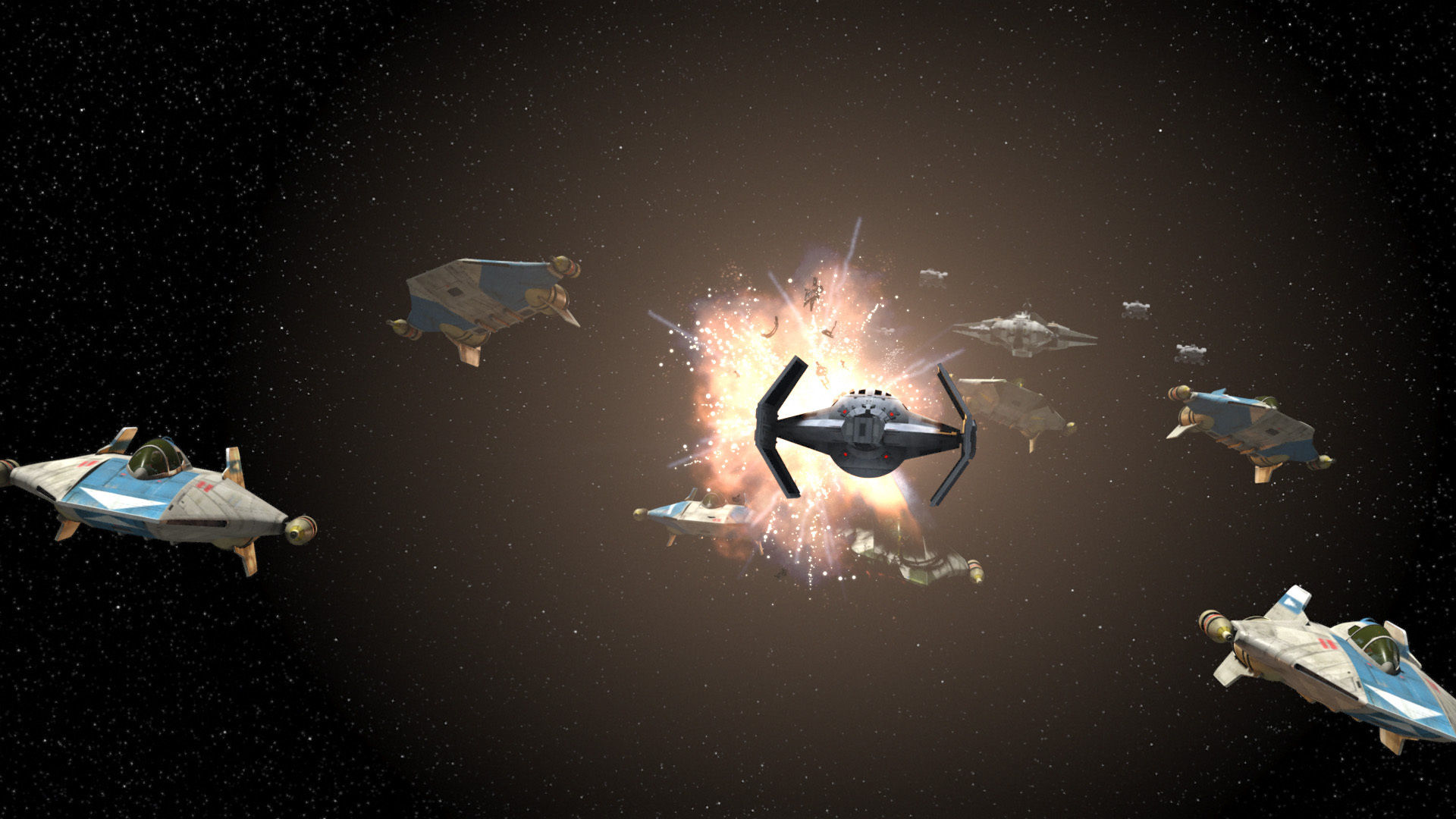 Sometimes, all you need is a little Vader

So those are the fleets I came up with for this exercise. As before I tried to stay true to the show using only ships and characters that showed up on screen. While some of the fleets obviously need some tweaks I think they could have some fun matches against the Rebel fleet I built last week. In conclusion I’d love to see someone play that fight out!

That’s it for this time BoLS fans! Let us know what you think of these fleets, and how you would build a themed list, down in the comments!

Author: Abe Apfel
Abe is that rare thing, an Austin local born and raised here. Though he keeps on moving around, DC, Japan, ETC., he always seems to find his way back eventually. Abe has decades of experience with a wide range of tabletop and RPG games, from historicals, to Star Wars to D&D and 40K. He has been contributing to BOLS since almost the start, back when he worked at and then owned a local gaming store. He used to be big into the competitive Warhammer tournament scene but age has mellowed him and he now appreciates a good casual match. He currently covers 40K tactics and lore, as well as all things Star Wars, with occasional dabbling in other topics. Abe remains in mourning over the loss of WFB to this day.
Advertisement
Armylists Star Wars Star Wars Armada Tactics
Advertisement