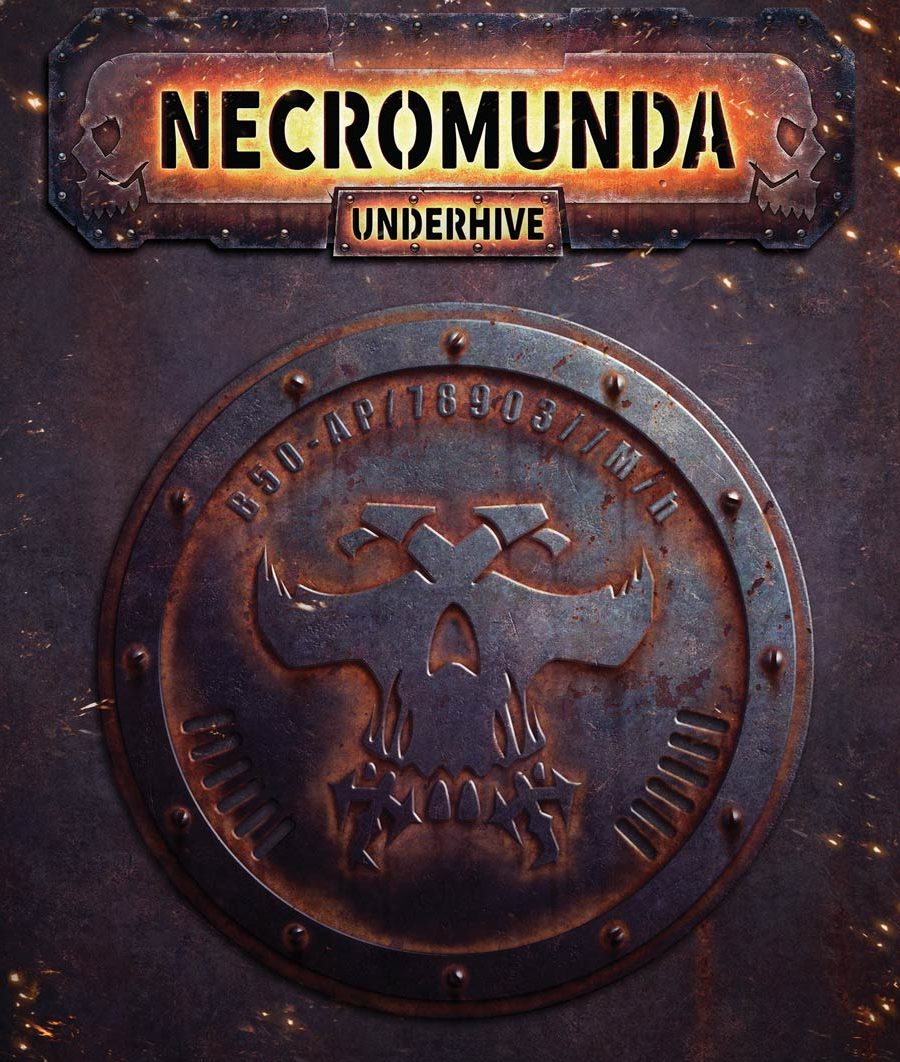 Necromunda is coming back in all it’s Turf-War glory and it needs to come with rules for “Cult” Gangs, too!

I have always had a soft spot for Necromunda’s crazy Gang/Turf-War skirmish setting. There is something about it that appeals to me. Maybe it’s the idea of the tribes of gangs fighting over chunks of area in an enclosed industrial hive. Maybe it’s the tight spaces and the stories they hide among them. Perhaps it’s just the thought that you can play on a crazy-dense board and it looks super cinematic. Or it could be I just like the fact that I only need to paint a handful of models.

Necromunda is coming soon. November in fact! It’s launching with two gangs in the box: House Goliath and Escher. That’s fantastic! the models look awesome and they look like they have VERY different styles of play. 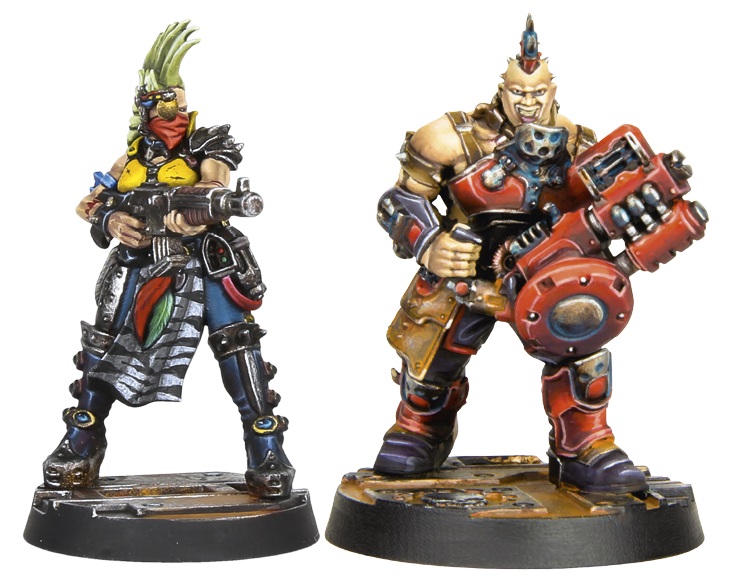 Swift and Nimble vs Big and Heavy

I am all about this – I want to see Games Workshop bring out a ton of cool models and we know more Gangs are on the way. I’m pretty sure between Necromunda and Bloodbowl the sculpting/model team is having lots of work dumped on their plate.

But let’s go back to Bloodbowl for a moment. It was a pretty solid release but how long did it take before we got just two extra teams? The Skaven were released in November of 2016. The Dwarf team didn’t launch until February of 2017. The Goblin Team hit the pitch in May of 2017. That’s a lot of time to wait for more teams for a “new” game, don’t you think? (Bloodbowl wasn’t new, but it was a new version with new minis…)

I’m not saying it’s bad strategy for boxed game. Keep the releases rolling and keep people interested. I get it. But for a game with a fan base that was as devoted as Bloodbowl that pace had to feel glacial! Especially when GW had been teasing the Dwarf Team for MONTHS. 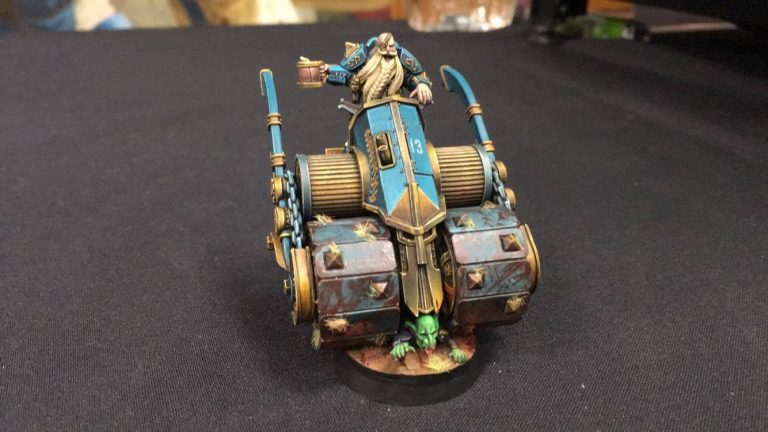 While it’s not a bad strategy I do feel like timing the releases that far apart was…ineffective. I think a better strategy would have been to release the two teams in the box set and the next two teams within the next month. Why? Because people want to PLAY with THEIR gang. Not everyone wants to run House Goliath or Escher. I want my Orlocks or VanSaar, or Delaque and Cawdor! People want a handful of gangs to start (I’d think 4-6) and then they can slow down the release schedule of “other stuff” – like Arbites or Redemptioners.

Will that be what Games Workshop does with the release schedule? I hope so. I want to see Necromunda succeed and I want to see the game get Gangs at a faster pace than Bloodbowl has gotten teams. A much faster pace (still waiting on those elves). 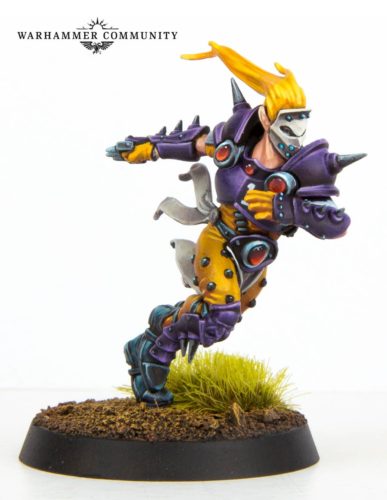 But I’ve got a suggestion for Games Workshop: Release Cult Gang rules when Necromunda Launches. I don’t care if they are in the boxed game, a PDF download from the Website, or in a White Dwarf issue – but Cult Gangs need to be in the game ASAP. This will do two things: 1) It will get people playing Necromunda – folks that already have Genestealer/Chaos Cult will have models to port over and play thus giving the game a larger player base day 1. 2) It’s going to sell more models for both Necromunda and 40k because people will buy both types of models to play Necromunda!

Folks that really like Necromunda won’t just play with they Chaos or Genestealer Cultists – they are going to pickup the Box and probably another Gang (or two) – IF the product is available to purchase while they are interested. How do folks stay interested? If people are still playing the game on game nights. What keeps people playing the game on game nights? Leagues! You know what kills leagues? Lack of diversity in teams/gangs.

We’re already here – USE US NOW

You following my train of thought? A steady flow of releases is good – we’ve seen how that works. But giving people 4 options at launch for league play vs 2 seems like a no-brainer solution. GW doesn’t have to create new kits for the two Cult Gangs – they just have to create rules for them! That could take anywhere from an afternoon to a couple days for the art department to make them look fancy.

I doesn’t take a rocket surgeon to see that having 4 options at launch is a more interesting game than only 2. So GW, if you’re reading this PLEASE whip up some rules for Chaos Cultists and Genestealer Cultists for Necromunda – the fans will thank you for it!

Am I wrong on this one? Does anyone NOT want to see GSC or Chaos Cultist Gangs fighting in Necromunda, too? Let me know why in the comments below!

Author: Adam Harrison
Writer, Editor, Texas Native, and Austinite for 15+ years, Adam covers all things Tabletop Gaming. Which includes Warhammer 40,000, Age of Sigmar, D&D, Board Games and everything else that involves dice, boards, cards and a table. A hobbyist, player, and collector of miniatures and games, Adam's current obsession are his Death Armies for Age of Sigmar, his Blood Angels and Tyranids for 40k, and his ever growing Arkham Horror: The Card Game Collection.
Advertisement
Editorials Games Workshop Miniatures Necromunda Warhammer 40k
Advertisement 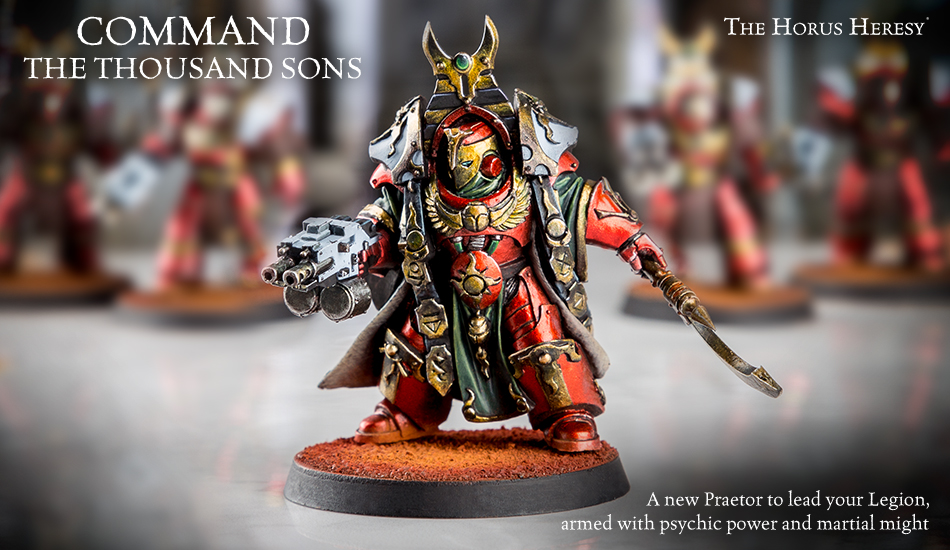