Privateer Press: The Wanderer and Skorne 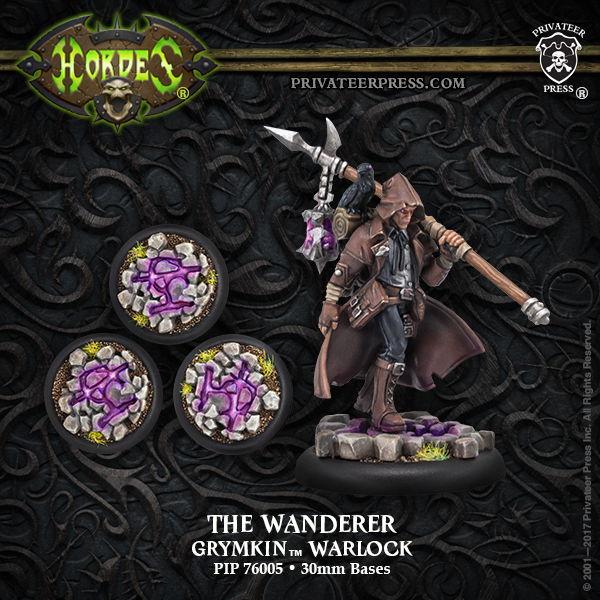 Check out the latest releases from Privateer Press.

Two new releases for you–Grymkin get a fancy new warlock while the Skorne get a new command book that highlights the flavor and crunch of the not quite samurai Romans so well.

First up, let’s take a look at this Wanderer character.

If you care not where you roam, every road will take you home.

Traveling the unknown parts of Caen, the Wanderer once wished only to go where he pleased—until his confinement within the depths of Urcaen drove him mad. Now freed from that hell, he roams the world seeking those marked by sin to deliver upon them his own twisted and tortuous justice. 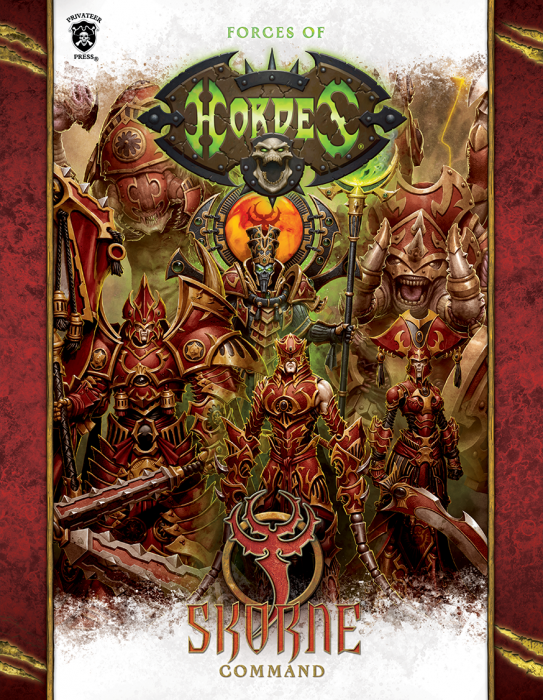 From the blasted Stormlands of eastern Immoren march the cruel armies of the Skorne Empire, intent on the ultimate conquest of the Iron Kingdoms. Disciplined ranks of Cataphracts and Praetorians march side by side with exotic and deadly warbeasts that have been brought to heel through pain hooks and the lash. Leading them in battle are the potent and merciless skorne warlocks. Having mastered the dark art of mortitheurgy, these warrior-mystics push their implacable soldiers and raging warbeasts past normal physical and mental limits – sometimes even past death itself.

Forces of HORDES: Skorne Command provides the foundation you need to march toward glorious conquest with:

The only thing better than themed forces is themed snacks.