The Chapter Approved has 11 factions and each has a cool, new relic – come check out our Top 5 favorites!

We’ve been chewing through the new Chapter Approved 2017 this week. Goatboy had some of his initial thoughts. We loved the new Apocalypse stuff. And we’ve got our picks for the best Stratagems in the book as well. Yesterday, we took a swing at our favorite Warlord Traits from the book. Now it’s the Relics turn under the spotlight!

Sisters of Battle – Blade of Admonition 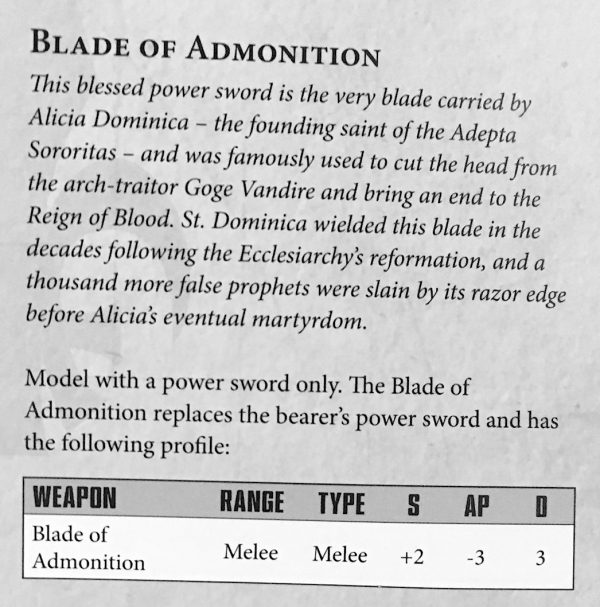 The Blade of Admonition is one of those Relics that you’ll be glad to have when you need it. Not terribly flashy, it’s still really handy due to that -3 AP and straight-up 3 Damage! 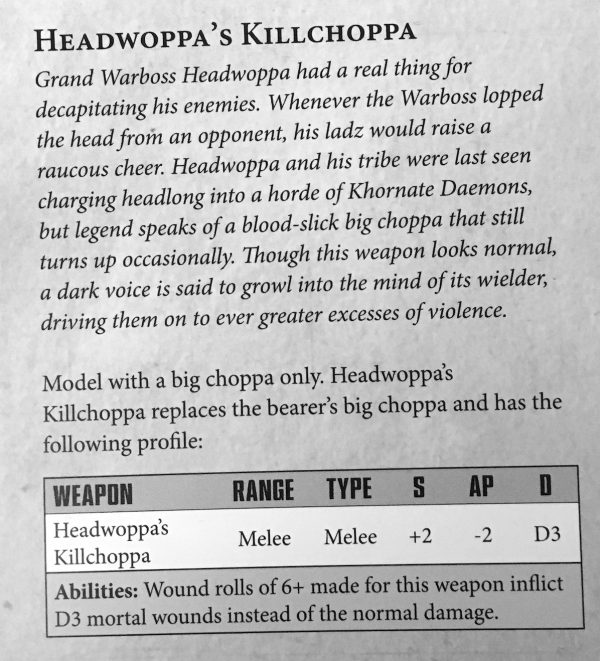 Not only fun to say, Headwoppa’s Killchoppa has a nice bonus of being able to generate Mortal Wounds. It would have been even better if those extra D3 Mortal Would were on top of the damage, but hey, it’s still just a really big hunk of metal…that’s possibly possessed by a Khronate Daemon. 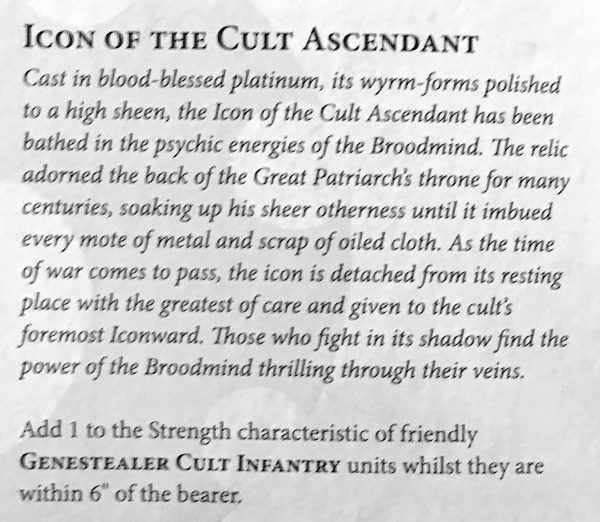 This Icon is a call out to the previous Genestealer Cult book we had before the edition switch. It also makes those pesky Cultists not-so pesky, but a serious problem for some folks. Most of the time, this will be converting their attacks from wounding on 5s to wounding on 4s – for Genestealers, it’s even deadlier – and that’s why we liked it! 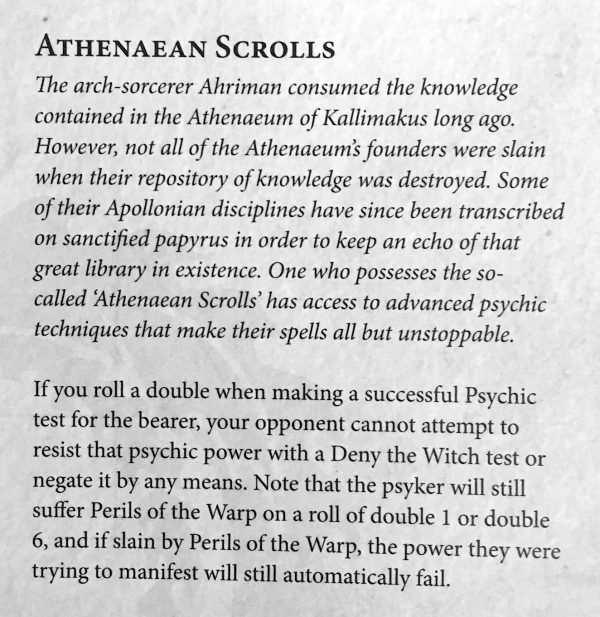 Okay, the Thousand Sons have gotten arguably the biggest boost with the Chapter Approved. Even their Relic is pretty bonkers. If you successfully pass a Psychic Test and happen to roll doubles, your opponent cannot Deny the Witch!

Side note: Named Character (like Magnus) cannot be given Relics – this is clarified in the Chapter Approved. Don’t worry, he’s can still take that Warlord Trait, however… 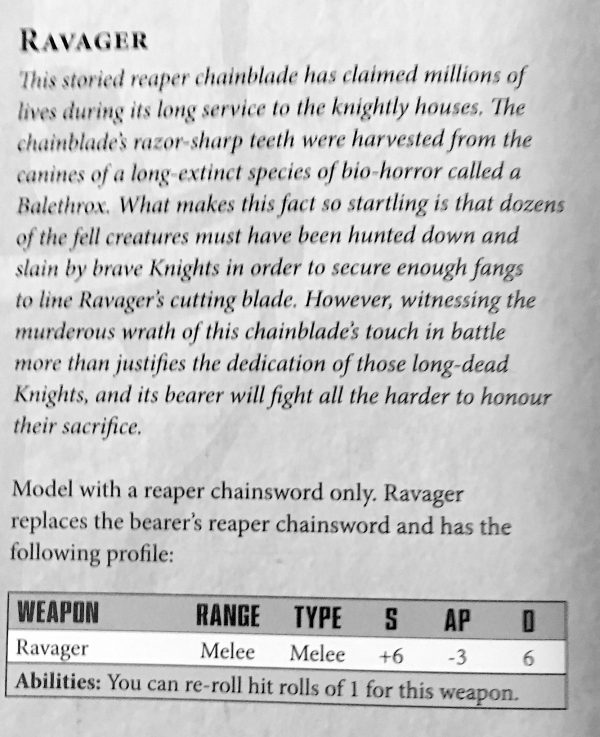 The Ravager is here because of the pure destruction it generates. It can only be used by a model with a Reaper Chainsword, sure – but re-rolling hit rolls of 1 for it means that those attacks that whiff completely have a second chance to bring the hurt. And it’s a LOT of hurt. 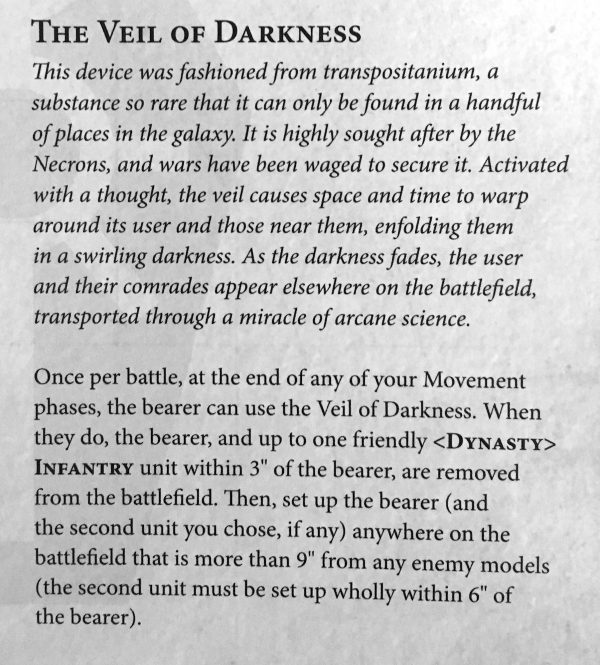 The Veil of Darkness is back for the Necrons – this was a classic piece of Wargear/ability that is getting a triumphant return. It’s really just a way to Deepstrike an Infantry unit and the relic bearer, but hey, that’s still cool. Nothing like teleporting away from one threat to go handle another.

That’s our list for our Top 5 relics from the new Chapter Approved – which one is your favorite?!