I am currently playing a very tactical Ultramarines army heavily featuring Primaris Space Marines and it’s been quite good for me… none of the units I play are going up in points while many are actually going down. I should be able to add more bulk and shore up some weaknesses. I know for some there is a sting. GW giveth with one hand and takes away with the other. Contrary to what you might hear or read nothing is random and to be honest it happens, it just that the change is a lot faster now.

Chapter Approved focuses on open play, narrative and matched play. Apocalypse has been shifted to open play and rightly so in my honest opinion. A good percentage is dedicated to matched play such as changes to existing rules, for example how to target characters and the new restrictions on the use of command points.

If you look at any of the already released codices you’ll see that the manner in which points are laid out it seamlessly integrates with the changes to point values for certain units. The developers have a system which can and has been rebalanced across the spectrum. There are winners and losers, part of this is nothing more than your attitude and how you choose to play. Imperial Soup sees an overall shrink to existing builds while the overall effect is less extensive to Chaos Soup with certain exceptions such as the increase in points for Malefic Lords. Some are forced to go back to the drawing board and overhaul their existing army lists.

I don’t really have anything bad to say about the new Chapter Approved and accept the change. The meta will change to an extent. In my opinion we cannot truly judge eighth edition until all of the codices have been released, only then should we ask is the game better balanced.

The inclusion of new Warlord Traits and Stratagems for Index armies is a win for players who run these armies… something is better than nothing. Sure some of the Index armies made out better but there are some subtle things that will become more apparent over time. So I say give it a chance and maybe it’s time to put away those Malefic Lords – heh !

~Which faction you think gained the most and lost the most in Chapter Approved? 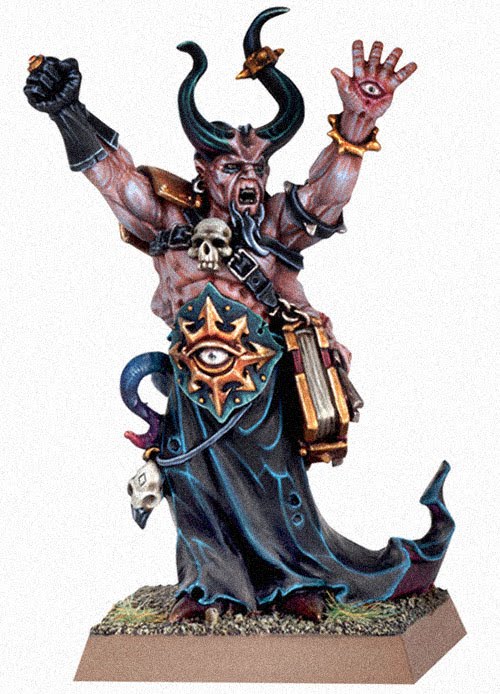 Will summon daemons for food – hey where did everybody go?