Are the Daughters of Khaine Dead on Arrival? It happened before but that was a long time ago…

We got a look at Morathi and her true form this weekend. The model looks pretty awesome and the Daughters of Khaine line looks to be getting a revisit. However, they have one of the biggest hurdles ahead of them: Cold Hard Cash.

Dark Elves VS The Almighty Dollar

Let’s take a trip back to 2013. It was the first look at the confirmed prices for the new Dark Elf kits: 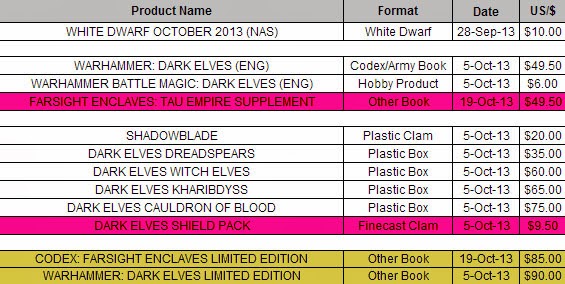 Notice anything …funny about those? Those prices were the absolute highest we had seen for a box of “rank and file” miniatures from GW at the time. Sure, they had more expensive kits, but this was for your “basic” troopers: 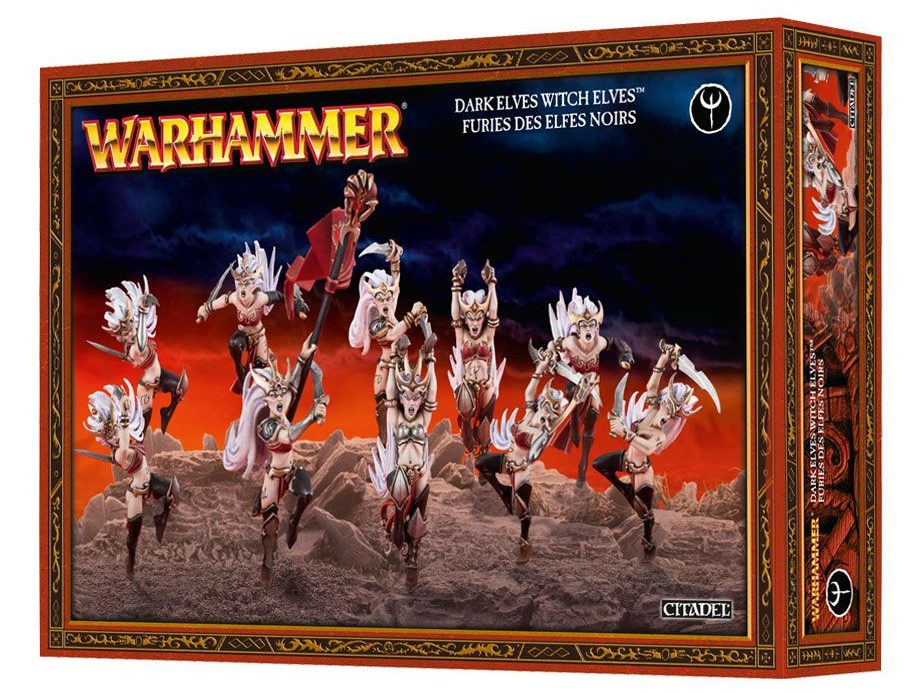 Lots of folks who played Warhammer Fantasy point to this release as the straw that broke the camel’s back. Those prices were a bridge to far for many of the fans of the game and they walked away. This was a fiscal rough patch for GW. You can see the trend in the Financial Reports from 2013-14 and again in 2014-15:

(Note: We’re including the fiscal reports that relate to the time frame we are referring to for context. You can visit GW’s Financial Reports site for more historical data.) 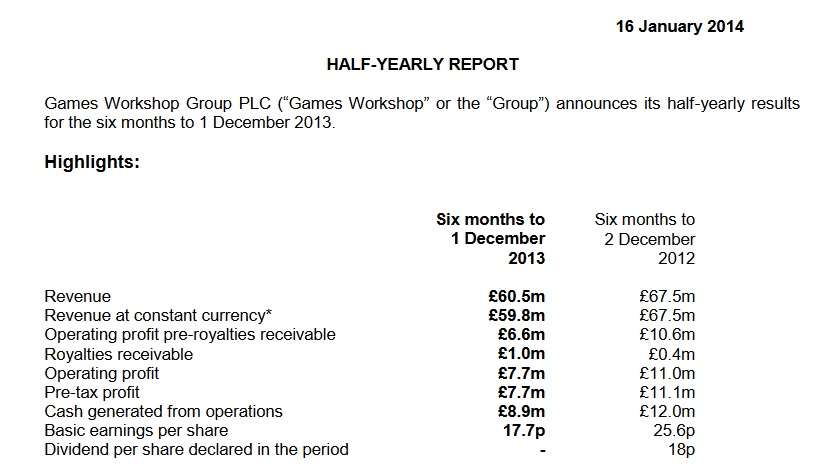 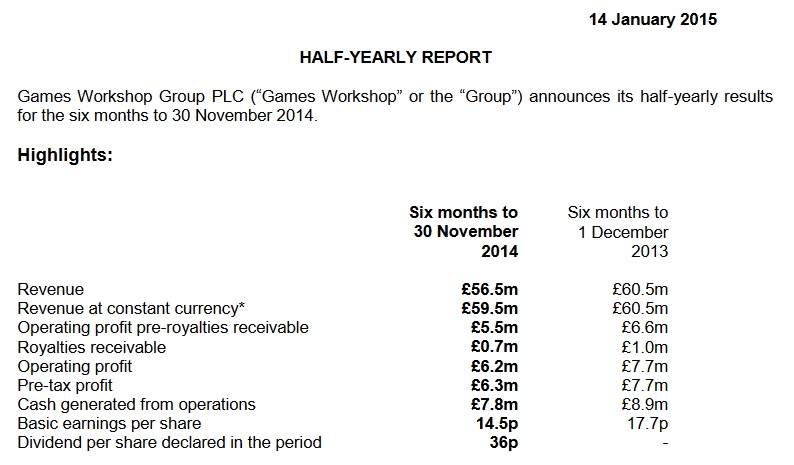 Now, we can point to economic factors and other releases (or lack of them) as to why the downturn for GW. You can point the finger where ever you want, the fact is that the numbers don’t lie and GW was in a downward trend. That much, I think, we can all agree on.

Will one bad release cause a 2 year decline? I would hope not! Especially for a single army that was released, but what this highlights is that GW was pushing against a barrier they might not have expected and it did take them some time to course correct. We noted in 2015 with the Ad Mech release that the pricing had started to noticeably dip. And while there are certain kits that are actually more expensive when you do a model-to-model price check, we haven’t really seen GW make the same pricing mistake. Couple that with the new Start Collecting! options, and you’ve got a reasonable way to build armies.

So what does this have to do with the Daughters of Khaine? Simple: Folks still remember those prices and they balked at them then. That left a pretty bad taste in a lot of folk’s mouths. Plus, look at some of the other “basic” troops you can get now and the price points: 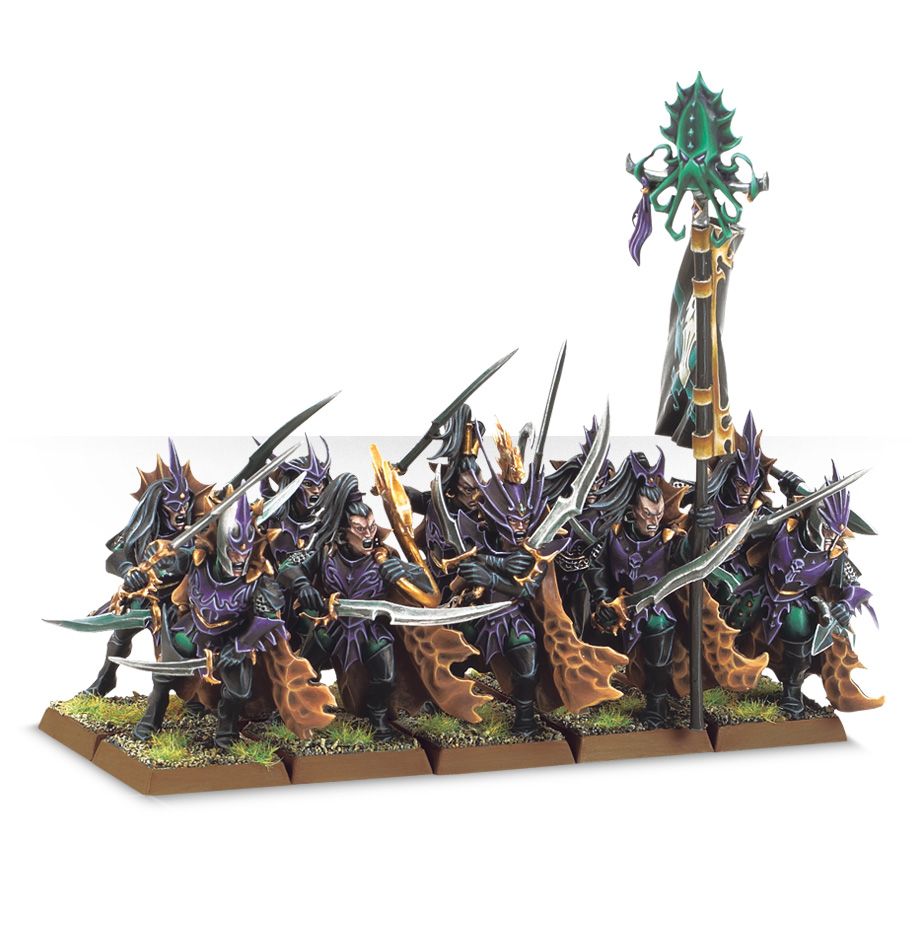 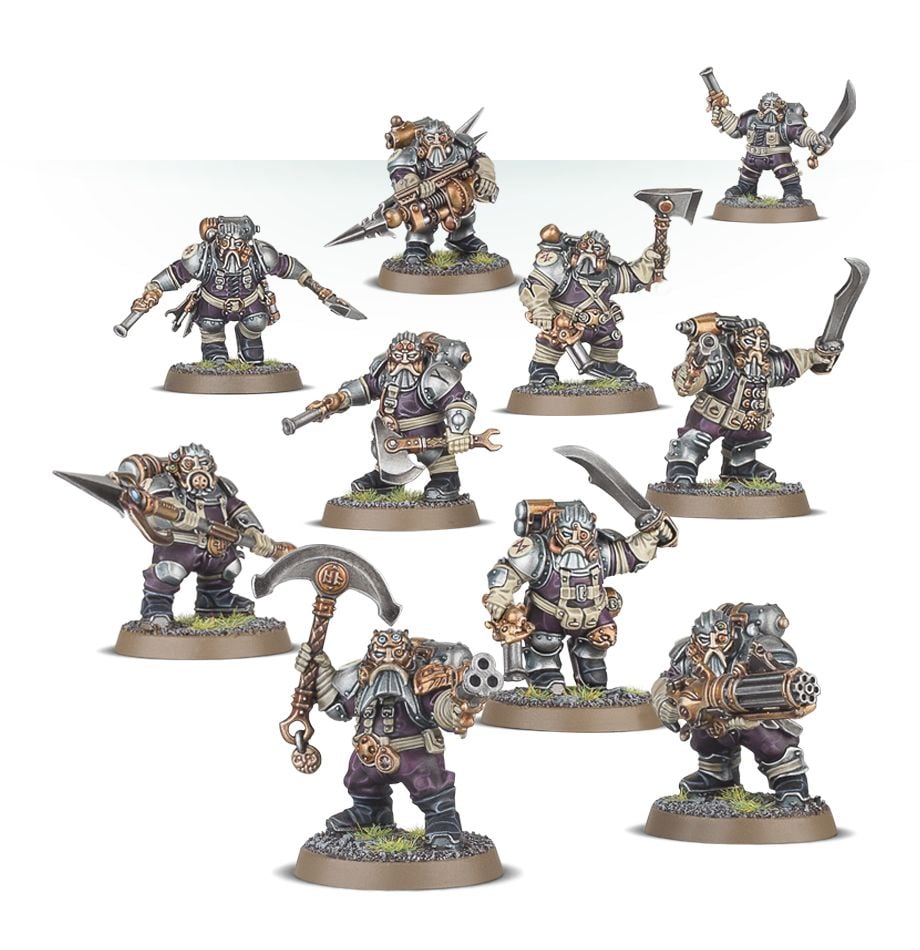 Not bad, price-wise. Certainly they are cheaper comparatively. But that’s not always the case. On the Flip-side, let’s take a look at the Stormcasts: 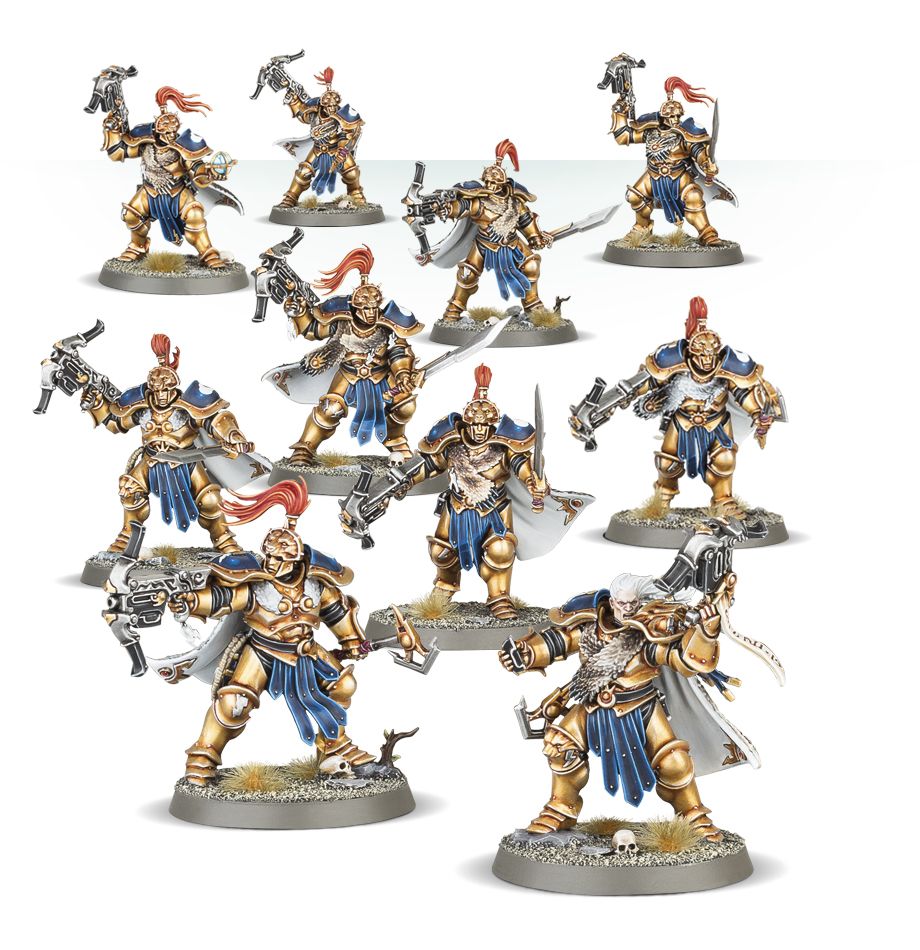 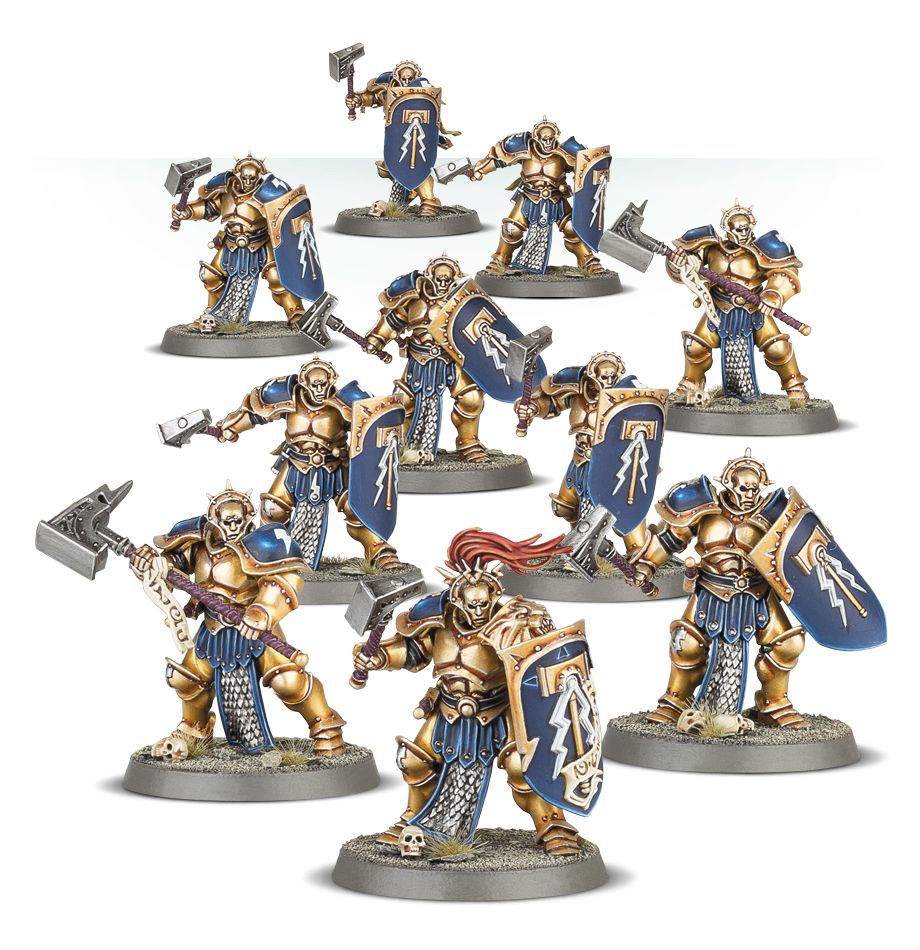 So what gives? Maybe it’s that those higher prices are offset by the Start Collecting! options. Or maybe GW just priced the Dark Elves at 2018 prices in 2013. Whatever the case, we’ll have to see if the Daughters of Khaine are going to be a hit or not when they are released in the coming weeks.

Are the Daughters of Khaine priced at a point players are ready to pay now? Or do you think folks will still hold a grudge?

Author: Adam Harrison
Writer, Editor, Texas Native, and Austinite for 15+ years, Adam covers all things Tabletop Gaming. Which includes Warhammer 40,000, Age of Sigmar, D&D, Board Games and everything else that involves dice, boards, cards and a table. A hobbyist, player, and collector of miniatures and games, Adam's current obsession are his Death Armies for Age of Sigmar, his Blood Angels and Tyranids for 40k, and his ever growing Arkham Horror: The Card Game Collection.
Advertisement
Age of Sigmar Editorials Finance Games Workshop Miniatures
Advertisement 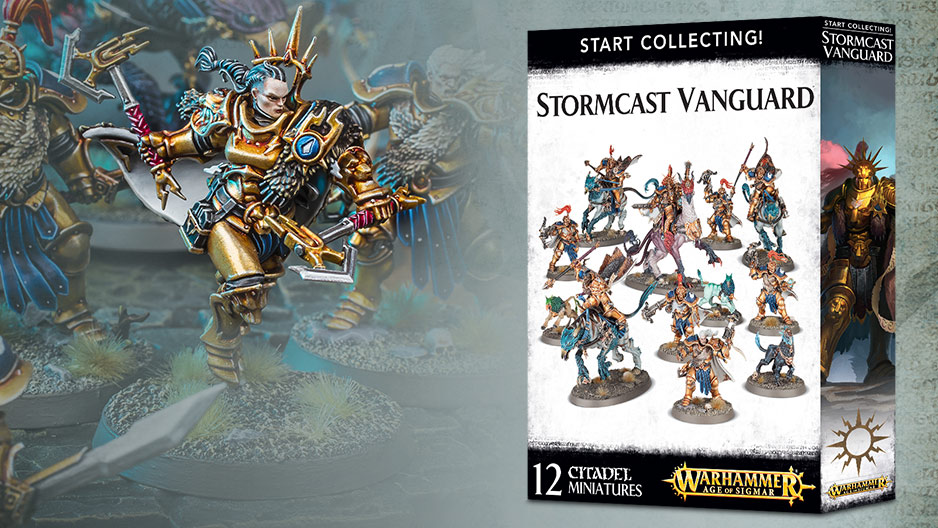