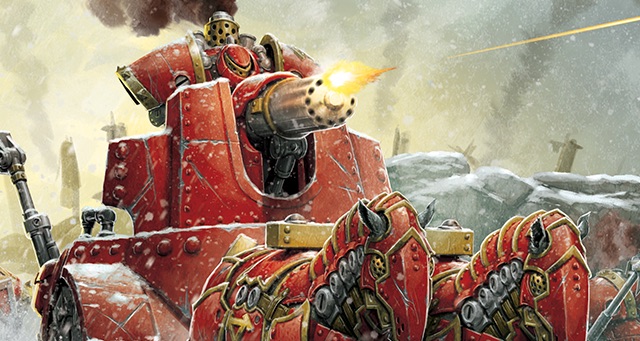 There are 24 hours left to reserve your copy of the Man-O-War Siege Chariot, which is just the perfect example of Khadoran gumption. Why make a massive warjack colossus when you can instead strap heavy armor and guns to horses. Which is exactly what the latest Black Anchor model is.

There’s a new model–and I say model because Black Anchor Heavy Industries doesn’t really create anything you could consider a “miniature”–up for pre-order from Black Anchor Heavy Industries, and there are just 24 hours left to reserve your copy. This model looks amazing. Prance about with famed Khadoran destriers, armored to the teeth. Call upon this colossus to bring the heavy firepower and armor of the Khadoran army to your side of the table. 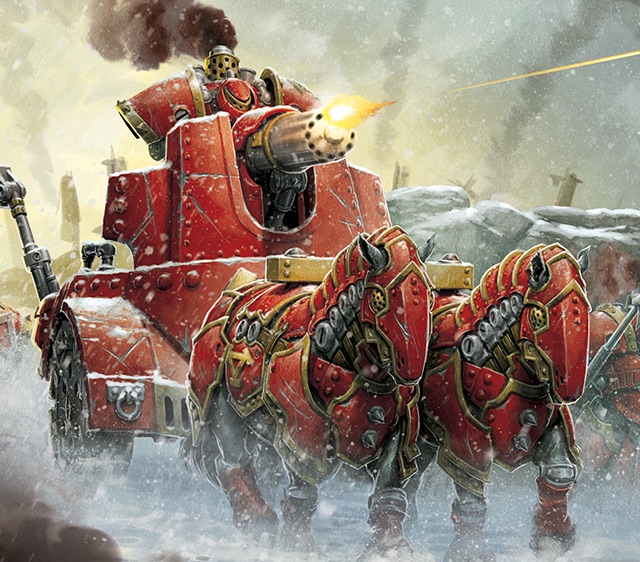 The iron wheels and steel-shod hooves of Man-O- War chariots pulverize the enemies of Khador while the armored charioteer brings devastation to the battlefield with heavy artillery. Combining the speed of Khador’s toughest breed of warhorses, the Karpathan destrier, with the nigh-impenetrable steam-armor of the Man-O- War, these chariots punch holes in the enemy line, allowing the armies of Khador to march along the bloody paths they create. Whether armed with the armor-cracking heavy gun or the anti-infantry barrage gun, even a single Man-O- War chariot can turn the tide of a desperate battle in the favor of the Motherland. The thunder of its hooves and the roar of its cannons presage victory in the name of the Empire.

What else can I say about this model. It’s massive–though that’s to be expected in one of the Black Anchor Heavy Industries creations. It’ll be sitting pretty on a 120mm base, and comes with all the parts you need to model either an assault chariot or a battle chariot (which I think just all comes down to the gun the driver is using). It’s driven by a Man-O-War because of course it is, and depending on what you army it with, you’ll either be firing grenades rapidly into infantry or launching foes backwards with your siege cannon. 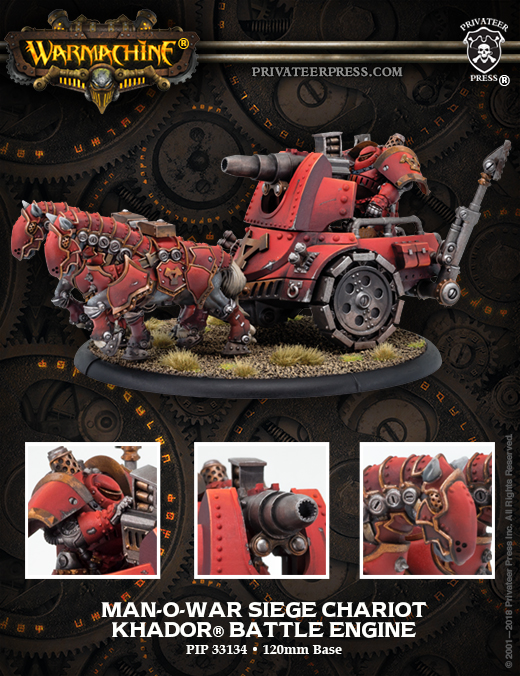 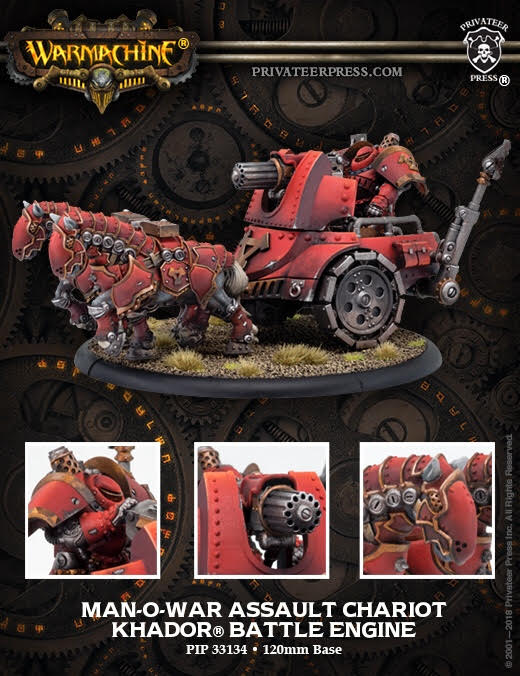 The chariots of the Man-O-War accompany their armored comrades into combat, providing mobile hit-and-run tactics for this normally slow and solid force. The Man-O-War Assault Chariot carries a barrage gun, a rapid-fire grenade launcher capable of decimating enemy infantry formations. The Man-O-War Siege Chariot is armed with a heavy gun and smoke launchers—the powerful shells of the heavy gun smash into foes, sending any who survive the impact reeling backward, while the smoke launchers deploy clouds to screen the army’s approach.

For the glory of Khador!