We are doing some steam-powered list building with the all-new Man-O-War Theme force from PP today!

In my first article, we took a look at what came in the box of the Man-O-War Theme Force and breaking down what the units did.  Today we are making a list with these awesome models. So here are the basics of what we have to work with: 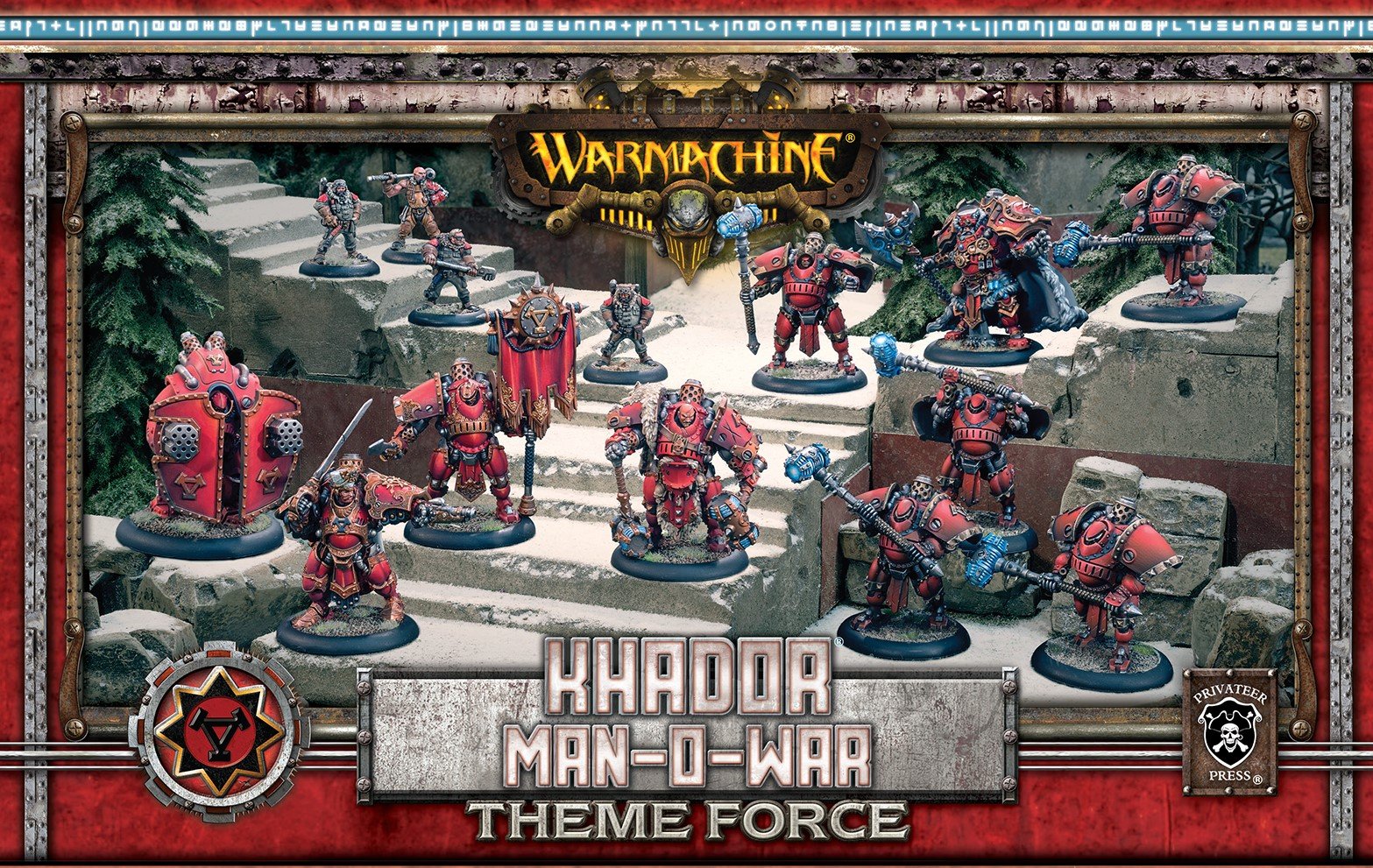 We want to use the awesome theme for Khador called Armored Korps.  This will give our steam-powered dudes a little more bang for the buck.  It does limit our options a little bit but, since we are using this great new box set it goes along with our plans. Here is an article on Armored Korps I wrote that has more detail.

The main benefits of Armored Korps is:

So we know what we want in the list and we have some cool theme benefits, now we just need to pick a warcaster and a few warjacks to lead our new force into battle!!! 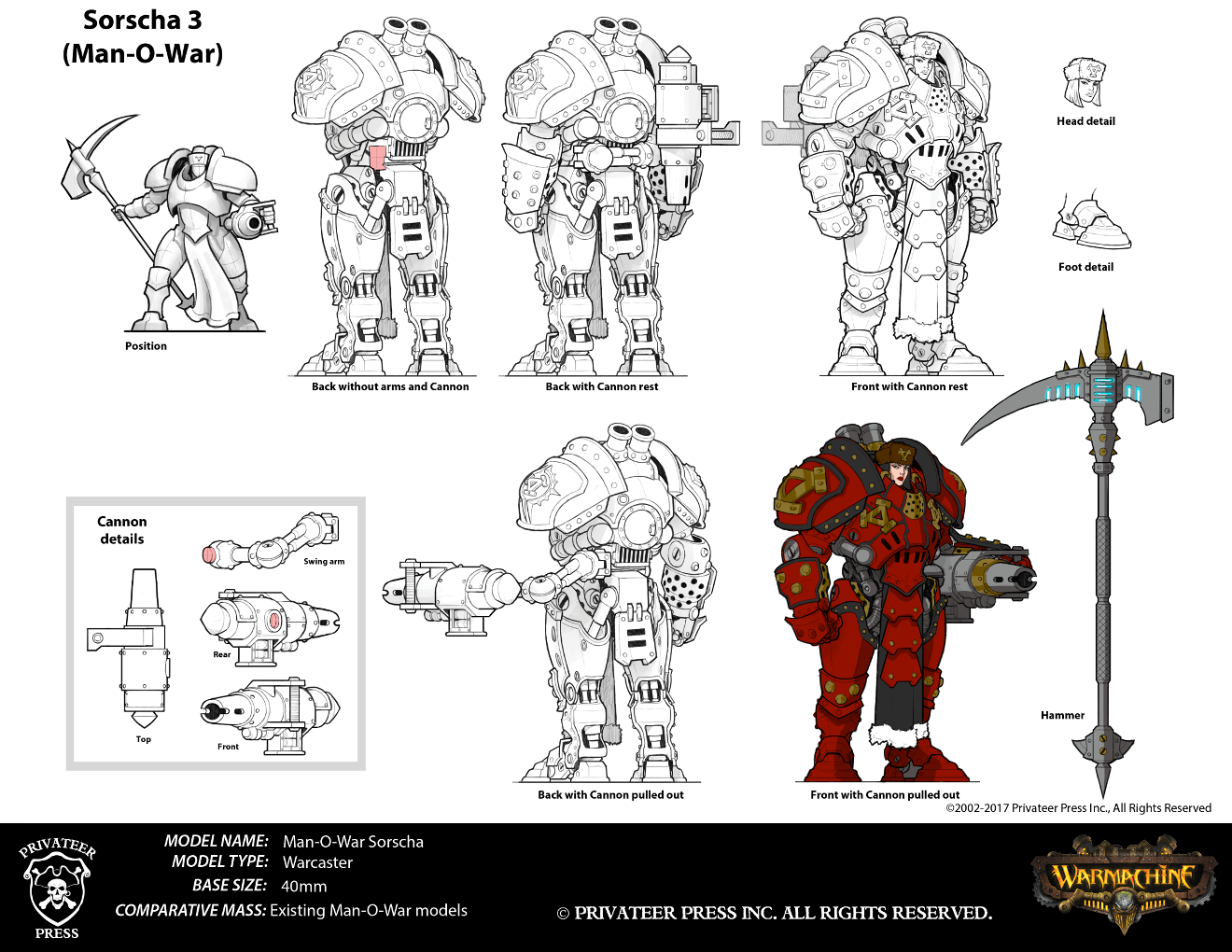 Who else but the Man-O-War herself but Sorscha3 aka Kommandant Sorscha Kratikoff?  She gives out some amazing benefits to warjacks with flank (Man-O-Wars) and has a feat that keeps us safe from charges and shooting by putting a bunch of frozen clouds up.  She is a little slow in my taste but still packs a nasty punch if she can get there. Last but not least is the warjacks.  Since Sorcsha3 brings a pretty tasty field marshall we can get away with some of the cheaper jacks Khador can field.

This list gives you a bunch of cheap heavies that hit hard if they can get a brother Man-O-War in melee with the enemy.

What do you think of the new Man-O-War theme force?  Are you ready for the steam-powered Khador force coming your way? Please share in the comments below.