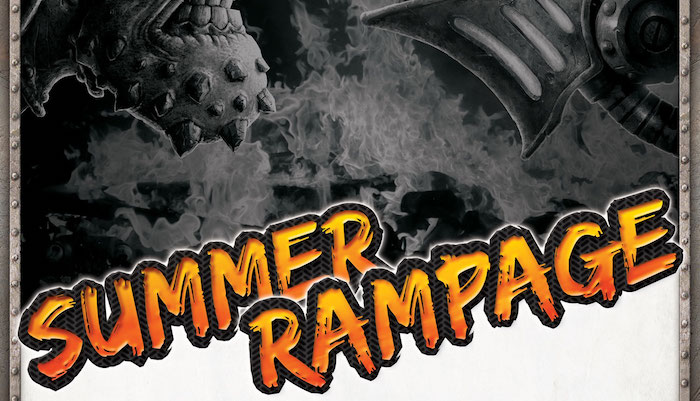 Summer Rampage is nearly here – as is the Privateer Press’ 15th anniversary! In celebration they’re adding some new time-warped casters for three factions.

Privateer released some time-warped versions of classic casters for their 15th anniversary. They’re based on “what-if” ideas that show what each character could have been if their pasts took a different turn. These were initially shared at an invite only event during the Mk II era, and saw a Mk III update recently. A few factions didn’t get an time-warped caster – mainly because they didn’t exist at the time.

Privateer’s next big event – Summer Rampage – is fixing that, though. Three factions are getting alternate-history, and they’ll all be allowed during the entirety of the event. Summer Rampage doesn’t start till August, but the rules for Summer Rampage are available now.

Will Hungerford shows us the three new time-twisted ‘casters…

First up is Nemo, Ordinator of Electrogenesis. At one point, the Convergence of Cyriss approached Nemo to join their enigmatic cult, and he responded with a very, very hard “no.” But what if the Cyrissists hadn’t taken a rather violent “no” for an answer? What if they had kidnapped Nemo and turned him into a clockwork master of voltaic energy? He’d probably look something like this… 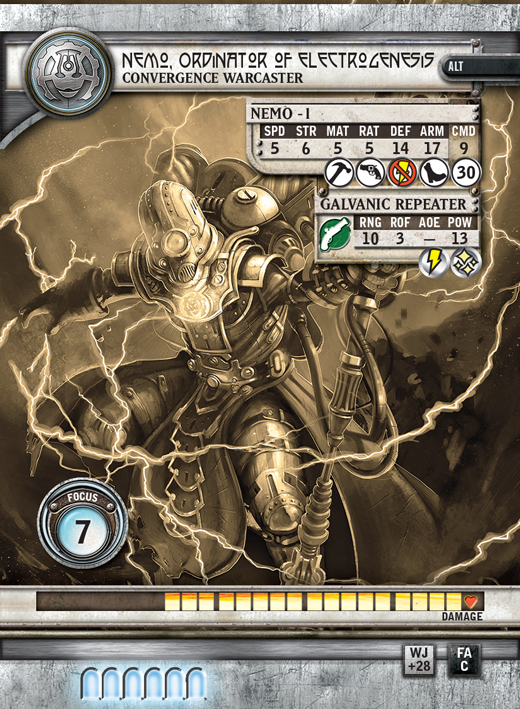 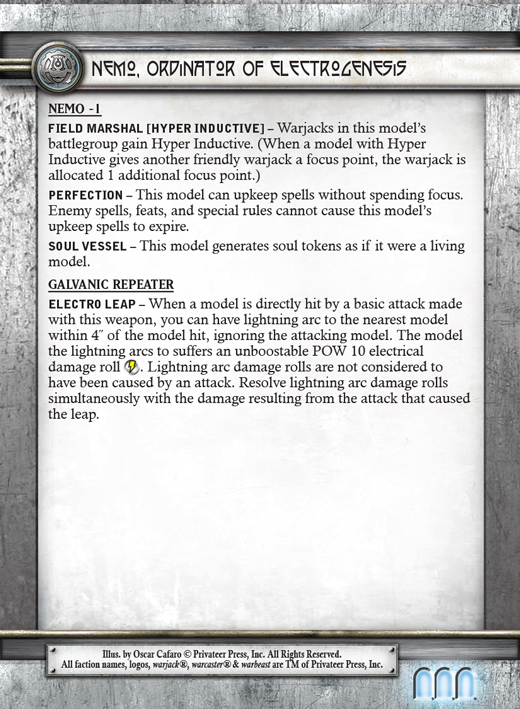 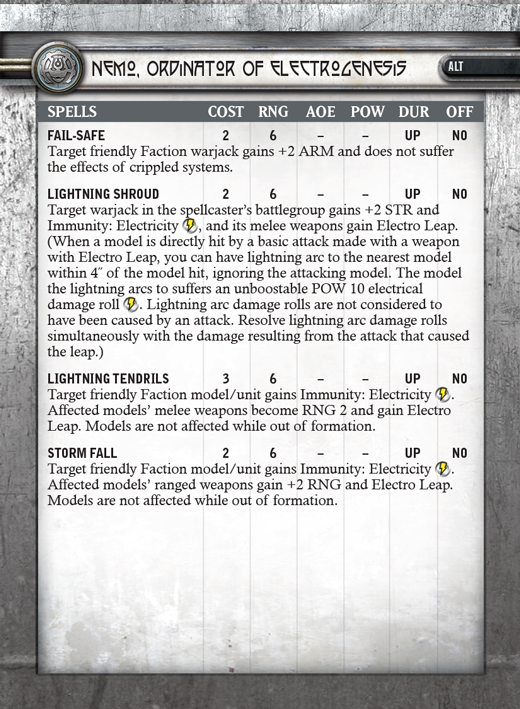 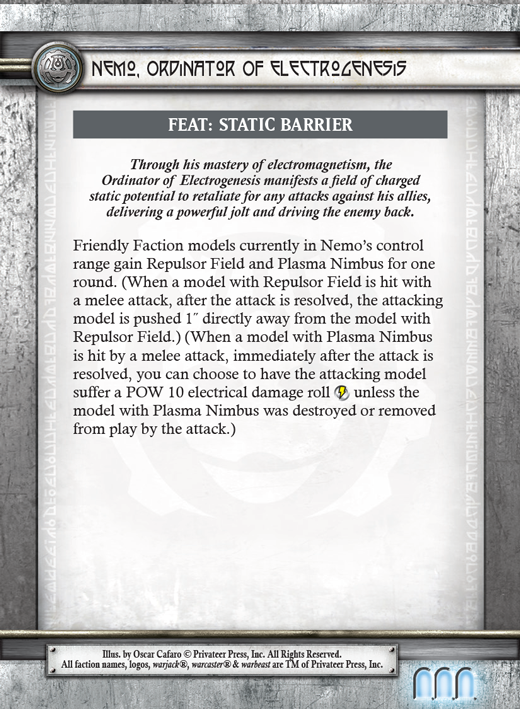 Next is Bethayne the Farrowfiend. Bethayne had once been captured by the mad Dr. Arkadius, who was fascinated by the strange creature unconscious on his operating table. Though she eventually got free, what if things had gone differently? What if, to further strengthen Lord Carver’s growing empire, Dr. Arkadius had extracted Bethayne’s athanc and rebuilt her using his mad science? This would have included, of course, adding a flamethrower to her face. 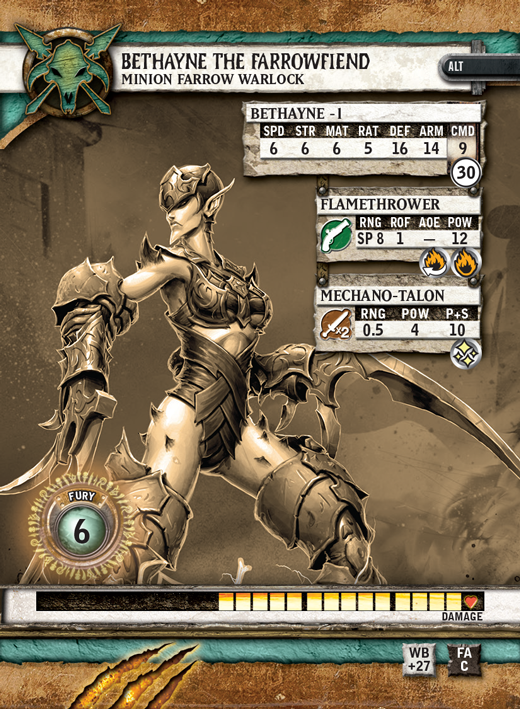 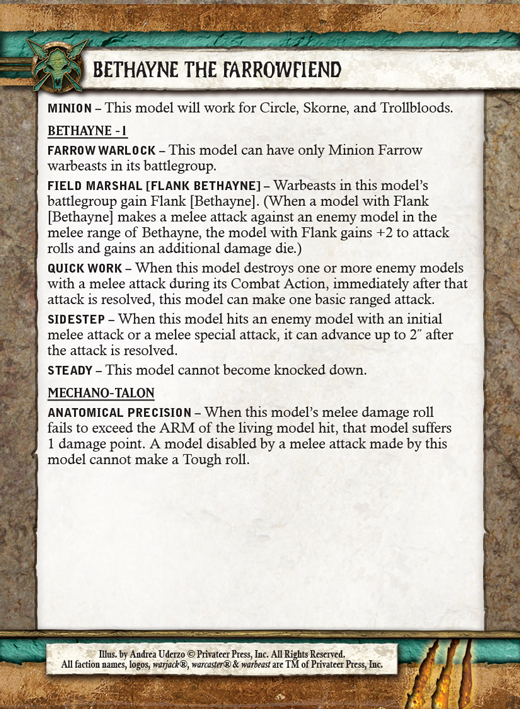 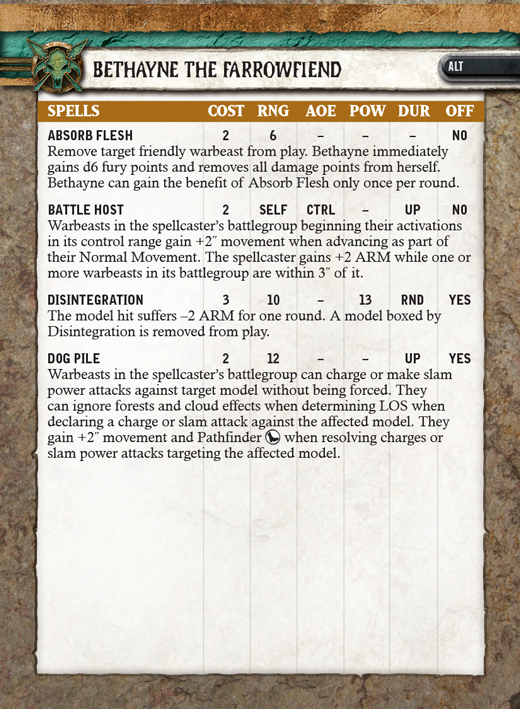 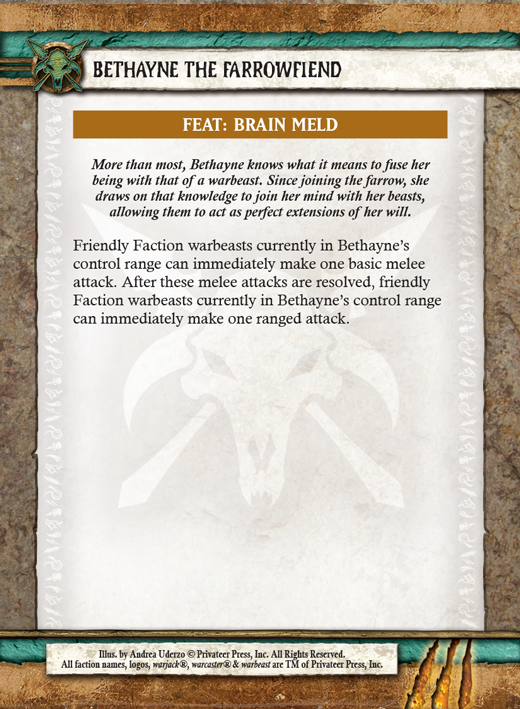 Finally comes the Dreaming Harbinger. If you remember the end of the Apotheosis storyline, the Harbinger sacrificed herself to free the trapped Menite souls within an Orgoth temple. In doing so, she gave her life, though her soul was captured by the Testament and safely transported back to Hierarch Voyle for resurrection. But what if something dark had found her soul first? What if the Heretic and the Dreamer had discovered her soul and, using their foul magic, convinced her she had been reborn by Menoth’s hand…but were actually clouding her vision. Where the Harbinger sees herself as bringing salvation, she is actually bringing ruin. Where she believes she heals, she actually destroys. 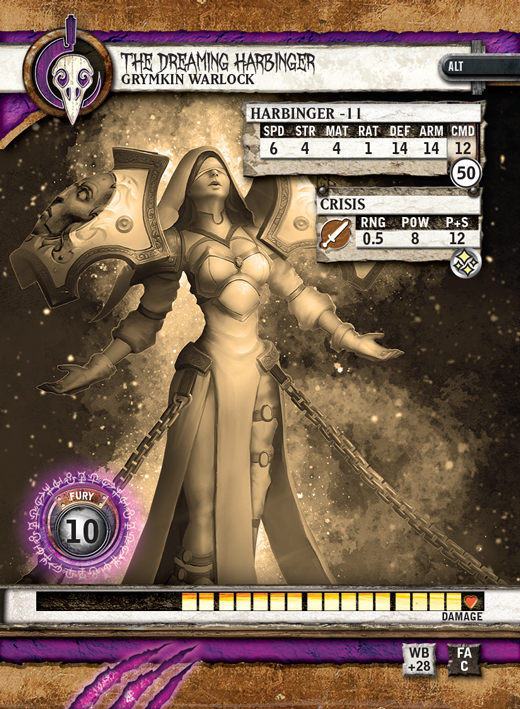 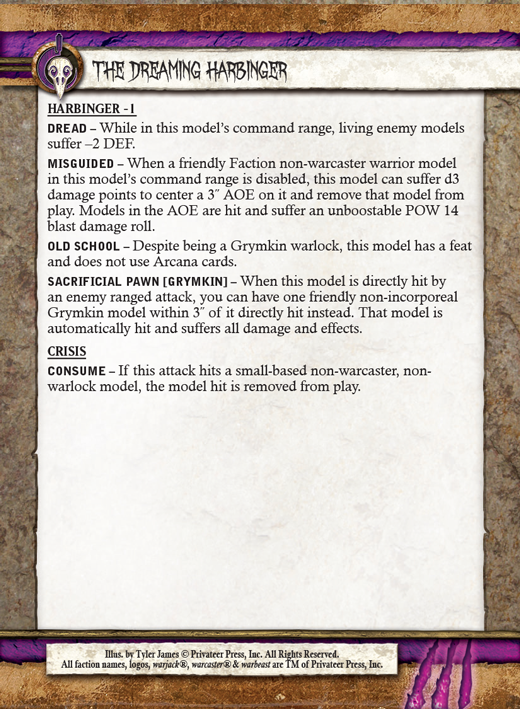 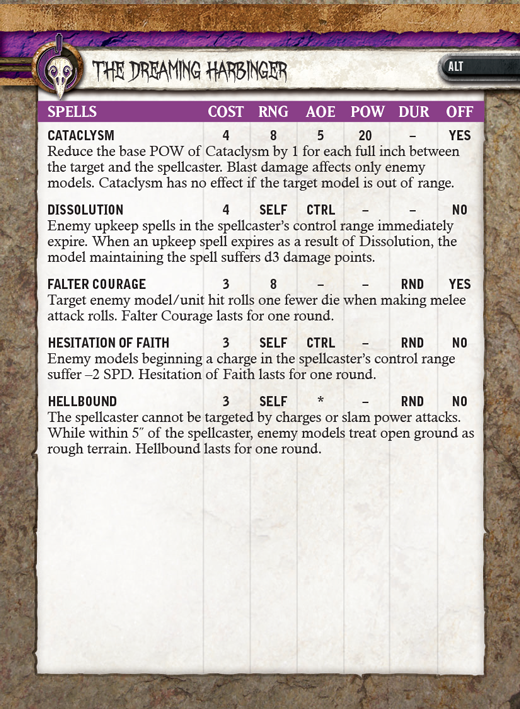 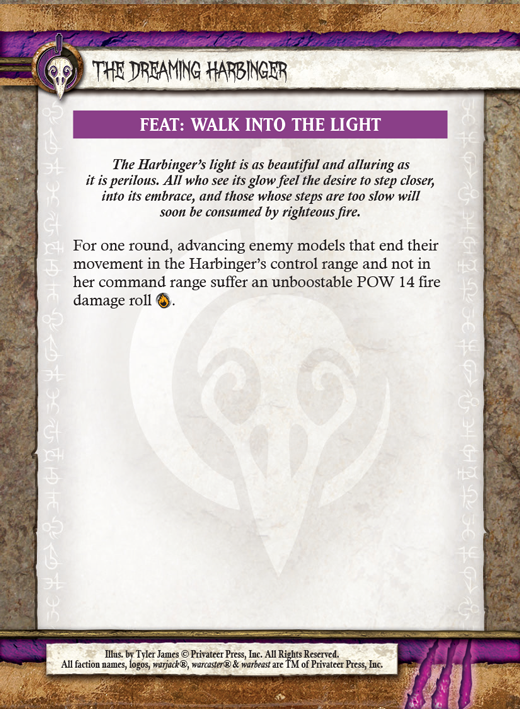