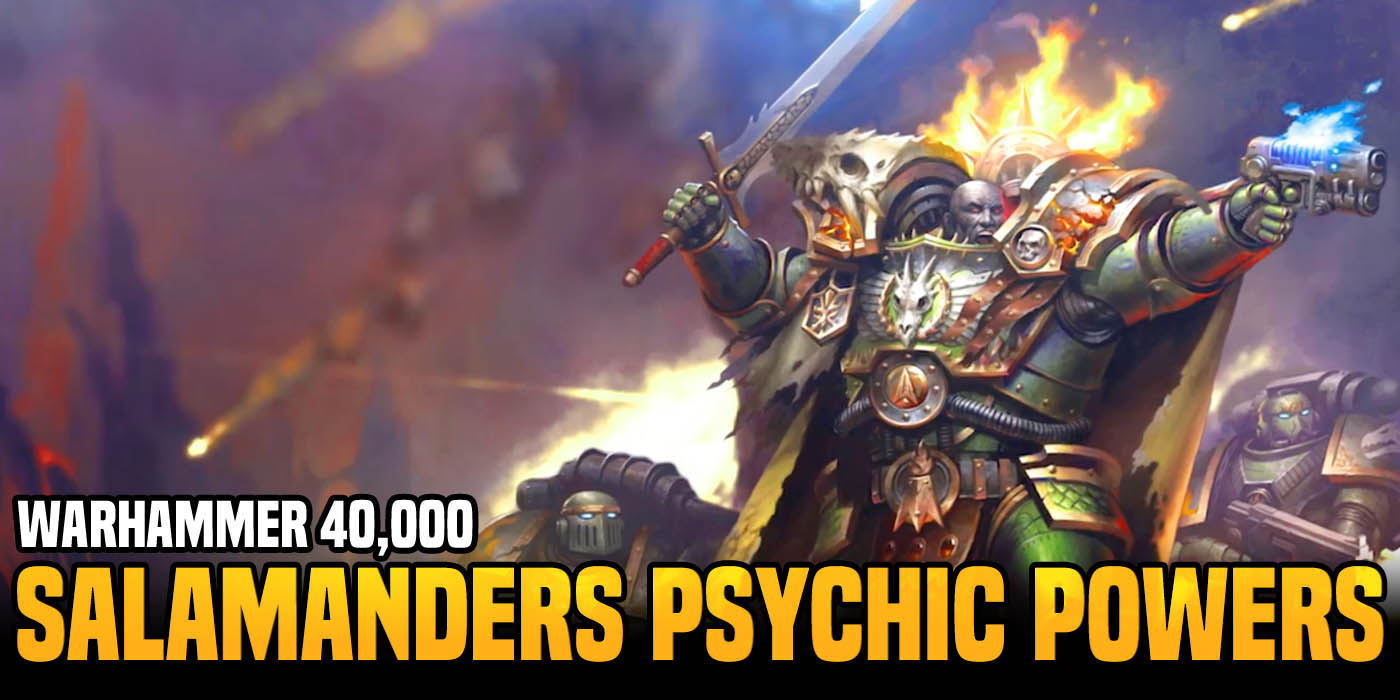 Things are heating up for your favorite Space Marine librarians with access to the new Promethean discipline, which lets them harness the power of fire. Which, hey, if nothing else the Salamanders are consistent. They pick one thing and go with it all the way. And the literal fire power that this adds to the Salamanders’ arsenal is pretty great. Let’s take a look at some of the new things they’ve capable of. 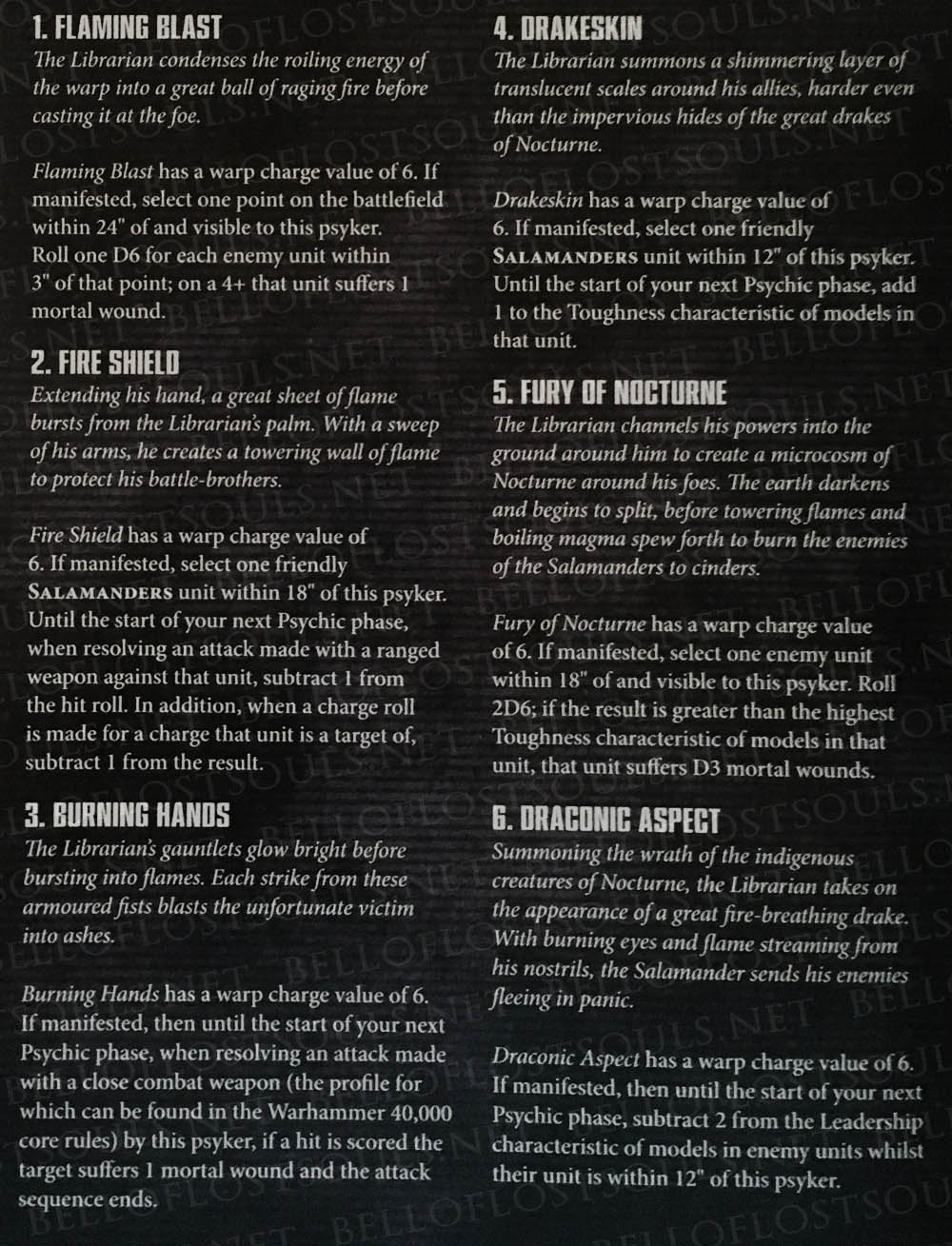 Like all psychic disciplines, they get six new powers, with a variety of options. The Salamanders put their own burning brand on the usual powers. There’s a fire ball that’s like a smite but in a 3″ radius, a Burning Hands power that transforms your close combat weapons aka just fists into mortal wound dealing weapons (great for an model with multiple attacks), and a fire shield that will add some resilience.

At any rate, those Salamander commanders with a burning ambition to add more heat to their arsenal should find everything they need. In the meantime, stay tuned for more previews, unboxings, and reveals as the week goes on.

What do you think of these powers? Let us know in the comments!