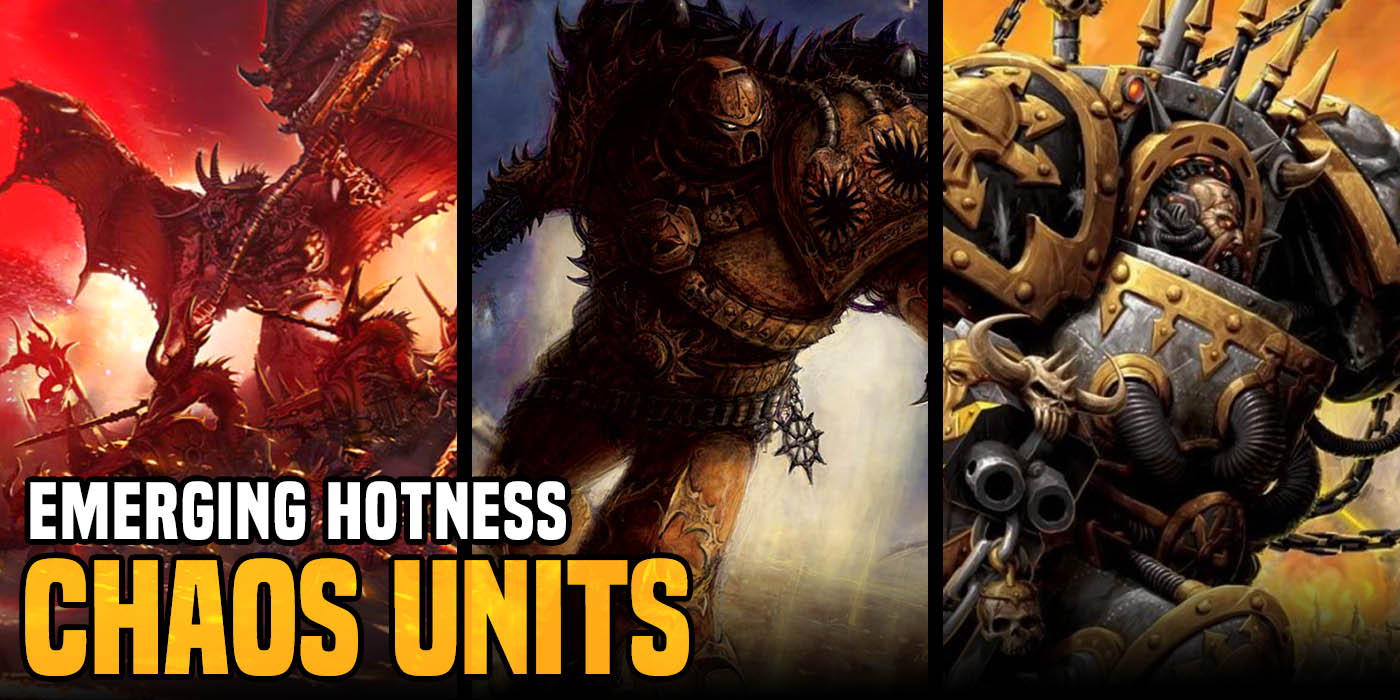 Hey everyone! Adam here to talk about what may become the new hotness for the forces of Chaos.

As mentioned in previous articles, we are in the middle of a lull in competitive 40K events, both big and small. Luckily, many players seem to have found a way to still test out their army/unit theories and get some games in. As I mentioned previously, some places have begun to open back up so we should be seeing results to start popping up in the next few weeks. I have already talked about units, or armies, you might be seeing soon for Imperial and Xenos armies. This week we will look at the super faction that has been opposing the Imperium of Man for the last 10,000 year, Chaos. Now we should already know that nothing will be as good as Iron Hands, but some of the new stuff that has been released in Psychic Awakening should help. Here is a small sampling of units, or armies, that you may start seeing more often in upcoming tournaments. Now remember this is just an educated case and I really look forward to reading what you guys think will be the next “it” unit for chaos.

Psychic Awakening gave a lot of new toys to each of the traitor legions that had not been covered up to this point. One of the winners has to be the Iron Warriors. Many of their legion specific rules, stratagems, and warlord traits are useful in the competitive environment. They are especially good when the force is composed of daemon engines and units from the Cult of Destruction (yes Mutilators are still around). I expect to see Iron Warrior armies that either focus on Obliterators and Havocs, or that focus more on the daemon engines that are available to them. If you have a look, there are a fair number of daemon engines too, that is if you include Forge World. The stratagems for the Iron Warriors even help protect their precious vehicles, such as -1 AP on incoming weapons, or they help in destroying the enemy vehicles, rerolling all wound rolls against an enemy vehicle helps a lot. They even have a warlord trait that has an exploding 6 mechanic for shooting with Cult of Destruction and Daemon Engine units. They do have some difficulty with armies that do not have vehicles but even with that I expect to see a detachment or army of Iron Warriors at a tournament near you.

Now we all have seen the daemons of a certain plague god during this last competitive season. One would think that they were the only models that Games Workshop produced for the daemon faction. Due to the delay, we do not yet know what Psychic Awakening will be giving to the daemon armies. Most of their codex is fairly anemic so any new stratagems, warlord traits or relics should give them a good boost. I expect people to dust off their old collections and give them a try at local tournaments to try and figure out what new combos could work for the daemons of their chosen god. Another way you may be seeing more daemons is as summoned units. The Word Bearers traitor legion has a few new tricks to help in summoning units. Die hard Word Bearer players will be trying some things out with their new set of rules.  In either case, once we see what Engine War adds to the Daemons codex, we should see some increase in the number of Daemon armies, or units, being used on the tabletop. 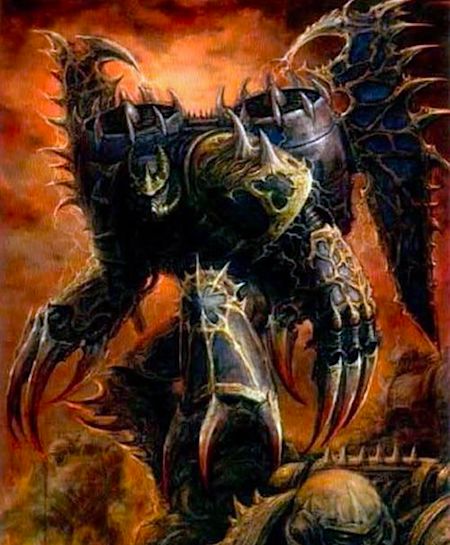 This seems app as they both can be made with one kit. With the increase in the number of units and armies that can do linked overwatch, similar to the T’au ability, many chaos players are looking at Warp Talons as an option to mitigate that. The other options is the Emperor Children’s relic but that is only for one model. Warp Talons are a bit pricey for a 1 wound model but they can help get your models into combat without getting shot, thus tying up the enemy shooty units. The Host Raptorial formation from Vigilus Ablaze will help get your guys into the fight. the warlord trait adds 2″ to your charge distance. Even better if you have the Icon of Wrath with your Khorne worshipping War Talons. I’ve included Raptors as you will usually also see a unit or two of these along with the Warp Talons as they can take special weapons. Even though this formation has been tried before, the new stratagems and relics for some of the traitor legions, like Alpha Legion or Night Lords, give these units extra punch and in some cases can keep an enemy unit in close combat by not allowing them to fall back. I have seen a few players dust off all their Raptors and talons in order to see if this new twist of the formation works. We’ll soon see.

~Well, that’s all for this week. I hoped you enjoyed the article. let me know what you think and what you believe will be the units that will shine in the upcoming meta, in the comments below!

Author: Adam Solis
I've been a wargamer for over 30 years. I have just about seen it all. My favorite game is Warhammer 40,000 but I will play, or at least read the rules, just about any tabletop miniature game at least once. I headed up the Warhammer 40K Judges team at the Las Vegas Open for several years.
Advertisement
Chaos Daemons Chaos Marines Editorials Miniatures Rules Warhammer 40k
Advertisement

40K Op-ed: So About Those Pariahs 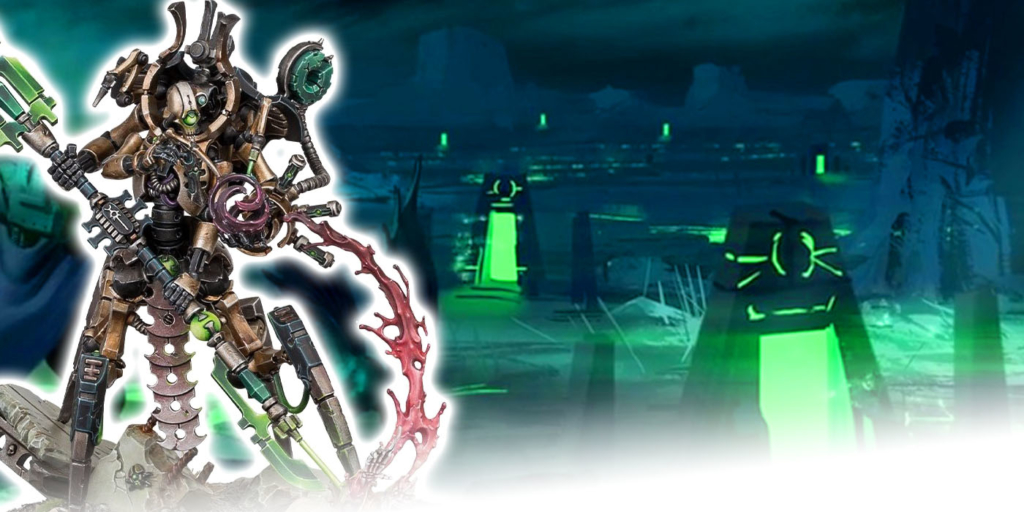