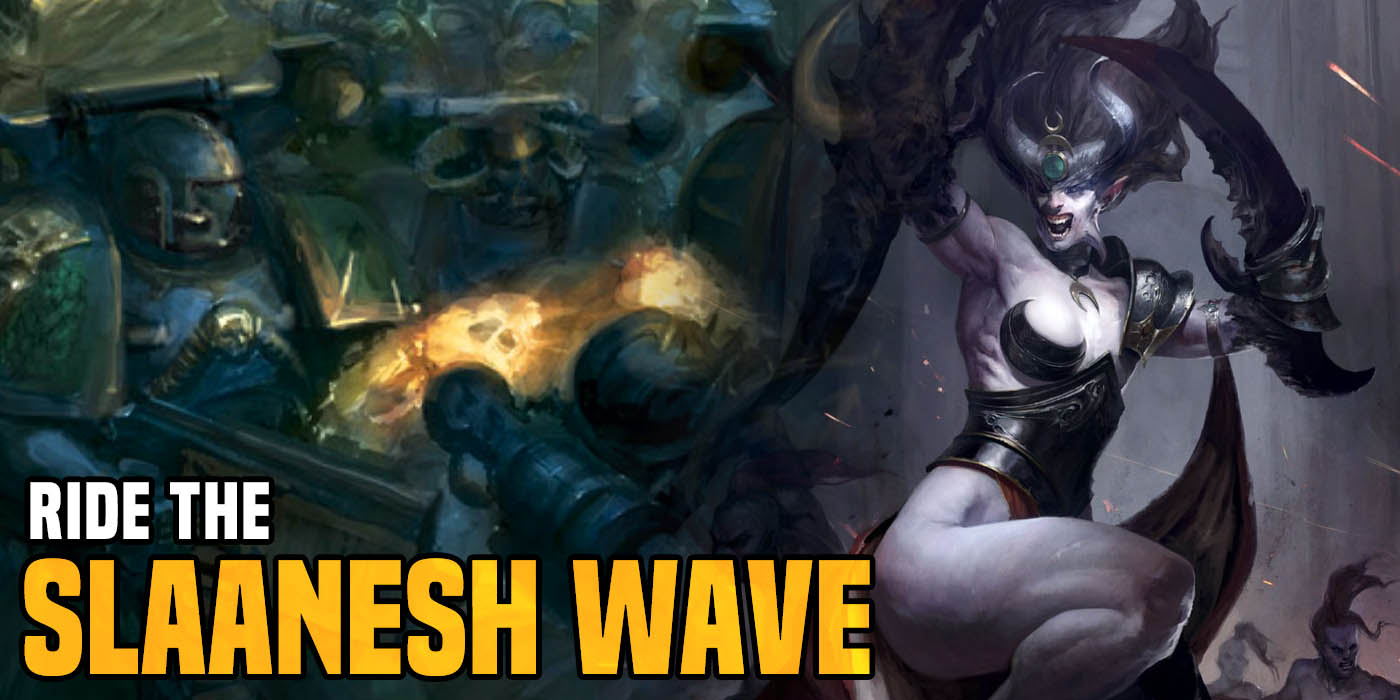 Goatboy here again with a Slaanesh idea I thought about the other day.

I have always had a soft spot in my heart for the creepy daemons of the grim dark 40k universe.  I don’t know what it is – just the idea of this wave of twisted flesh whispering vile things as they move towards you sounds like a wonderful army list to play in the current 40k environment.  I have talked about bully armies before and his one feels like one of those lists that pushes your opponent into the corner and laughs maniacally as they get to fish for 6’s and that sweet rending.

The interesting thing about this list idea is that it tries to only use one MC in a Daemon Prince and instead tries to force you to deal with a ton of bodies on the table.  I went with a Slaanesh Battalion and an Alpha Legion Patrol to fit this mess together.  The Patrol gives me another set of annoying bodies to deal with – Possessed – as well as a good “anti” vehicle option in a unit of Obliterators.  You can easily keep the Possessed safe for a turn or two and then drop in the Oblits to well – obliterate things as needed.  Without further ado – I call this list… 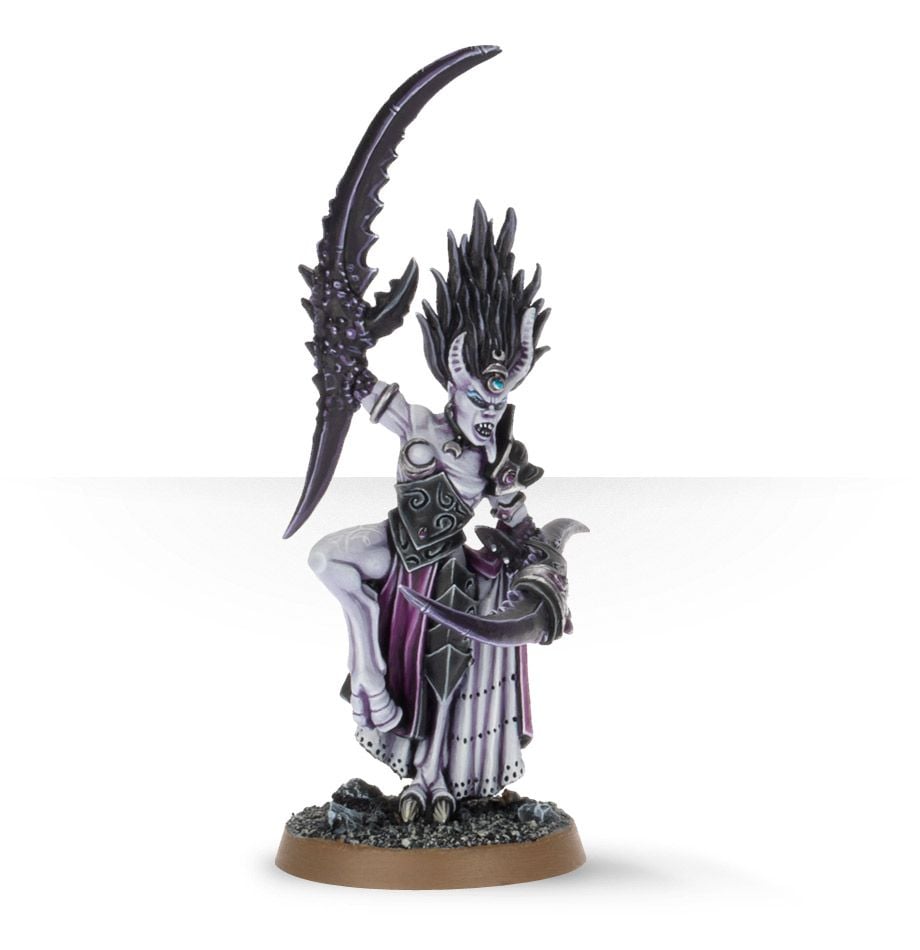 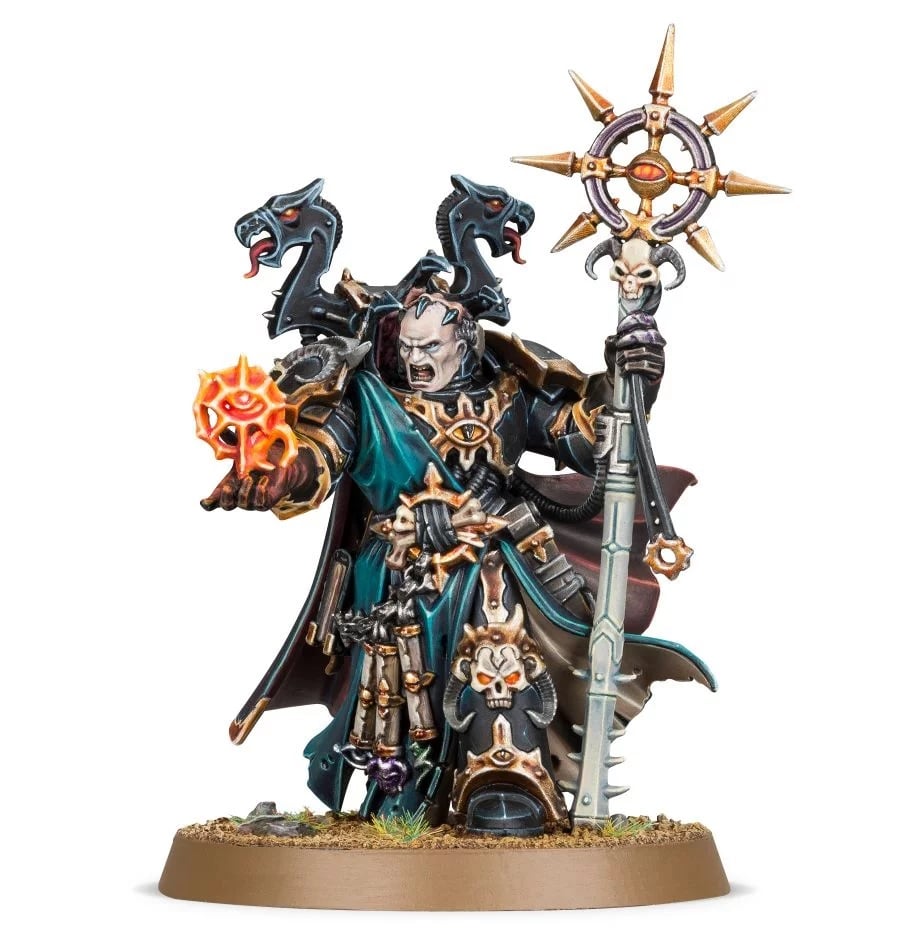 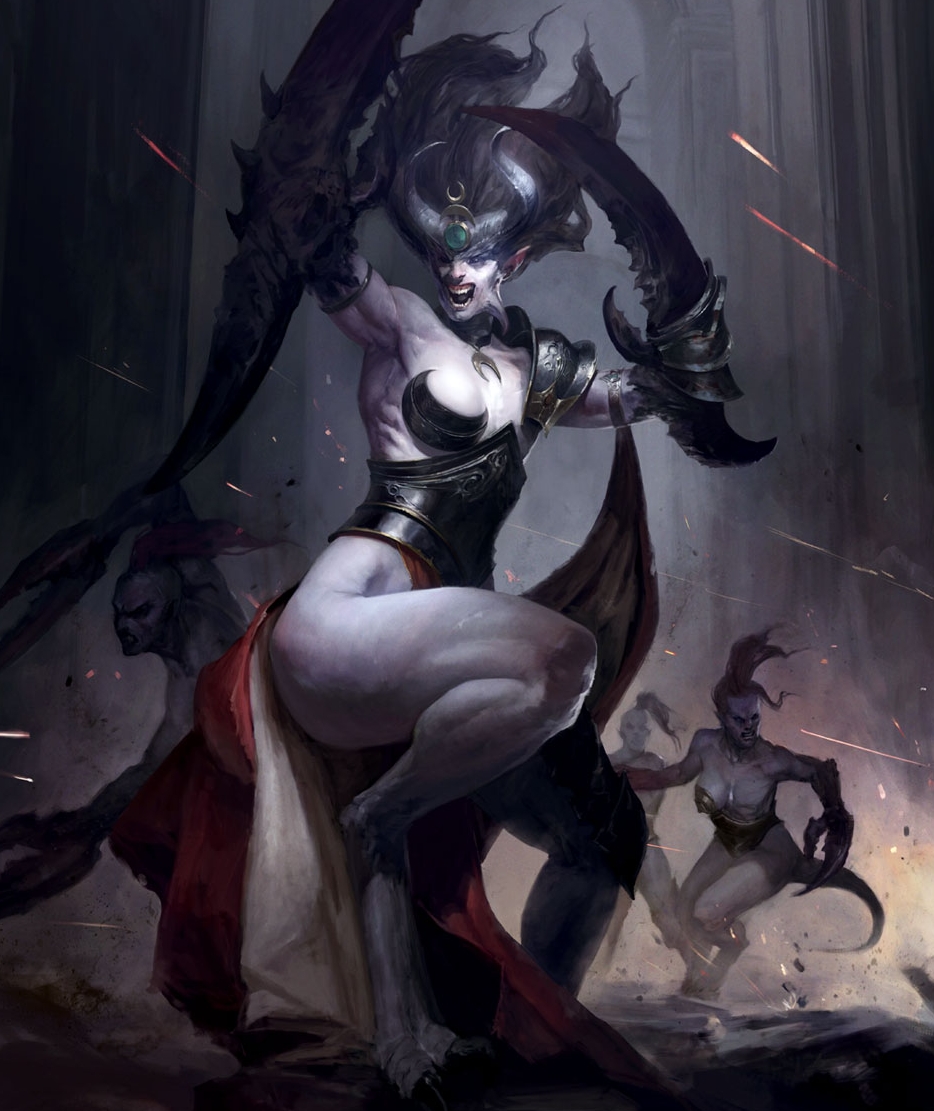 You can easily throw a few CP to scout the Possessed up if you think you could benefit when going first or you can hide them back if needed.  Move up 9 inches, move and advance again to get closer.  Than maybe even get a Warp time off to move and advance again if needed covers a ton of ground if you wanted to. All the Daemonettes can easily move forward and advance to as well as the Master of Possession.  I went with an obvious Mark of Slaanesh theme but you could easily swap the Mark on the Sorcerer for a Mark of  Tzeentch to give you a chance to throw 3 powers out there if you thought you needed Warptime, Prescience, and Death Hex.  Will see if the Possessed end up grabbing an extra wound or getting left alone for some army like this.  I just like the idea of having so many bodies pushing forward and crowding the battle field.  Plus getting the Obliterators in there mean you can easily answer some tough things as needed.

~The Dark Prince is waiting…always.