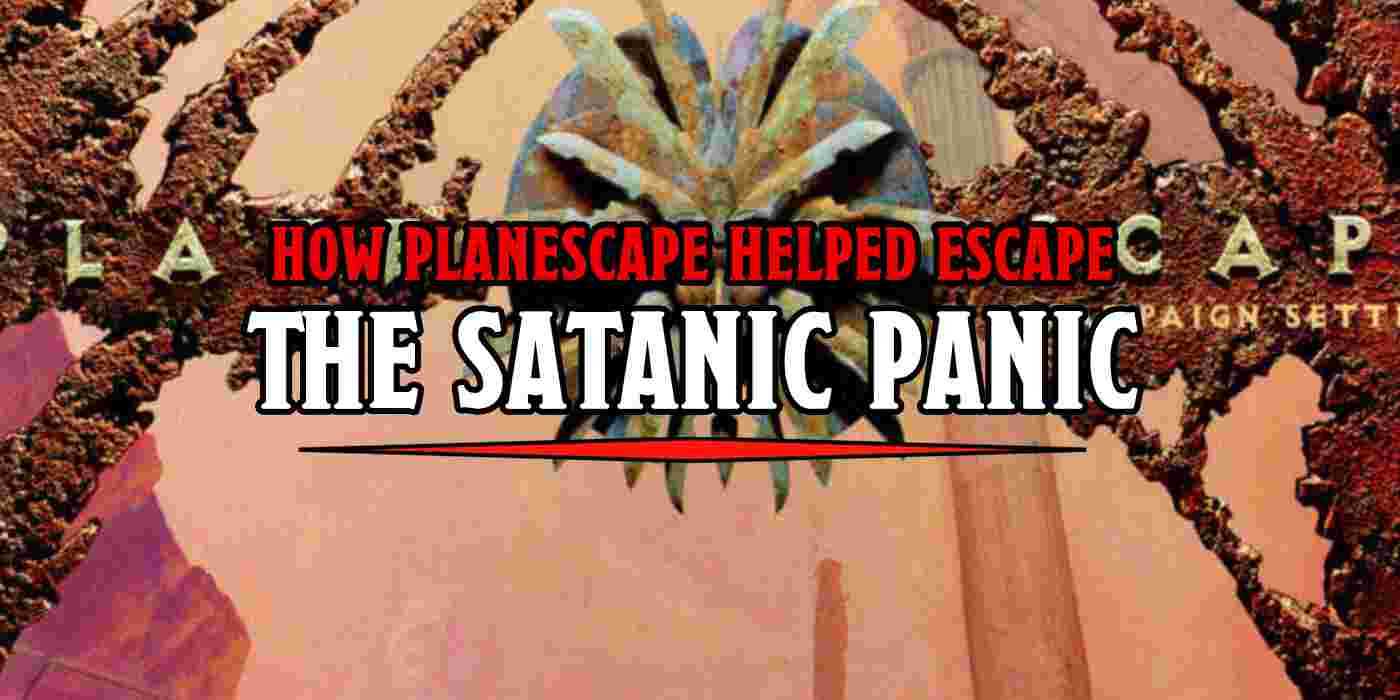 Planescape is one of the most beloved settings in D&D. It changed the game, and it came about in part because people were worried about satanism in D&D.

In all of Dungeons & Dragons, no setting may be quite as impactful as Planescape. This setting with its multiverse-spanning ideas that helped sow the seeds for an ongoing continuity between the different books, its iconic art that would define a generation, and its game-changing rules and a new view of the cosmic creatures lurking in the Monster Manual--changed the course of AD&D 2nd Edition.

And yet, this wasn't released until five years into 2nd Edition AD&D, long after the departure of Gary Gygax, well past the fracturing of TSR and a coup of its leadership that pulled the company back from the brink of ruin, comes Planescape. It's a setting that expands the cosmos of D&D, taking material from one of D&D's most successful books in 1987, the Manual of the Planes. Why the delay? In part it was because of fears of the "Satanic Panic." You can read all about what brought about the Satanic Panic in the 80s right here, but here's an overview enough to understand the reason that Planescape moved as it did.

The 1980s had its own dangers that seemed pointed directly at children and the traditional nuclear family. Societal norms were changing yet again, and there was push back from folks th...