The Bad Batch trailers have teased the return of some big name and fan-favorite characters, but who are they and what parts will they play in this series?

Upcoming Disney+ Star Wars series, The Bad Batch will follow the wonderfully unique and off-brand eponymous group of clones, and we are all excited to see our favorite black sheep clones back in action. But They won’t be the only characters we know and love making an appearance on May 5th when the first three episodes drop.

Tarkin has been appearing in Star Wars since the literal beginning; sometimes he even turns up when it should be all but impossible (Rogue One, anyone?). And with the most recent trailer, we saw that he’ll be back on the small screens once more in The Bad Batch. As one of the highest-ranking Imperials we’ve gotten to know over the years, Tarkin wears a lot of different proverbial space hats, and this time around it looks like he’ll have some pretty direct involvement in what the Batch is up to this season.

My guess is that we’ll either learn that he was personally responsible for whatever it is that makes the Bad Batch different from other clones and is now coming to collect on his investment, or he’ll notice their potential and show up to assess the risk to reward ratio. Either way, I doubt the Batch will be keen to work with him and will be spending the season on the run from an Empire that’s gaining power every day.

Saw is a character who transitioned from animation to live-action but is too darn interesting and important to not come back. Starting as a resistance fighter with his sister on Onderon during the Clone Wars, Saw has less than no love for the Empire. Unlike other members of the Alliance to Restore the Republic, he’s a bit of an extremist choosing the more terrorism adjacent path over the more politically safe one, but he’s a survivor, and that may be exactly what the Bad Batch need on their side right now. The trailer gives me the impression that he’ll only be appearing briefly to lend some help and his specific brand of advice, but if he’s the cause of at least one Imperial explosion we won’t be surprised in the least. 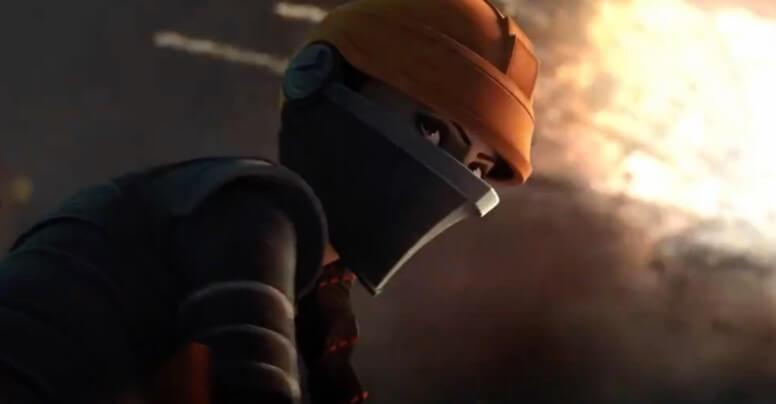 Fennec is the mercenary slash assassin that we’ve all come to know and love throughout The Mandalorian. Her history is still more mystery than answers, but hopefully, her appearance in The Bad Batch will help fill in at least one or two of those holes. What we do know is that she was active during the rise of the Empire – or exactly when this show will take place.

Then she worked for some of the galactic underworld’s most infamous crime syndicates including the Hutt Clan before becoming wanted by the Imperial Security Bureau and being left with a sizeable bounty on her own head. I’m hoping The Bad Batch will connect A and B for us, but my guess is that she’ll be hired to take care of the Batch and decide against it, getting on Tarkin and the Empire’s bad side.

If you are somehow not familiar with Rex, the most important thing for you to know is that he the best and an absolute delight.  A veteran of the clone army he served as Captain, Commander, and Advanced Recon Commando, but more importantly, he’s a good person and a good leader who wholeheartedly cares about the men in his command. Rex becomes lifelong friends with Ahsoka Tano, is key in discovering the inhibitor chips which would eventually be responsible for executing Order 66, and was key throughout parts of Rebels. Rex is everyone’s favorite big brother, and it looks like the Batch will be paying him a visit (whether by accident or on purpose could go either way) and he’ll do what he does best, help and protect the clones in his command.

Which returning character are you most excited to see in The Bad Batch? Is there anyone we haven’t yet caught a peek of in the trailers who you’d like to see make an appearance? Which clone’s story broke your heart the most? Let us know in the comments!