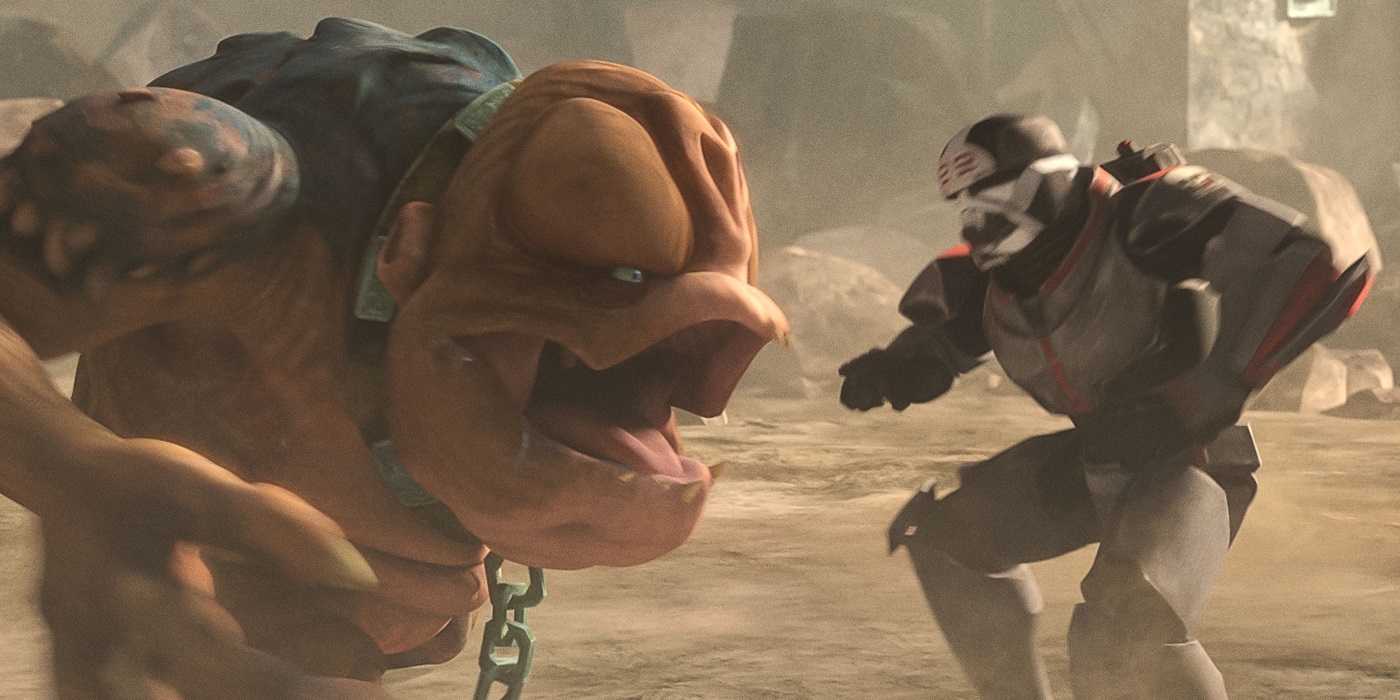 Zygerrians And Falleen and Rancors, oh my! If this episode of The Bad Batch had you feeling confusing affection for Jabba’s guard pets, you’re not alone. 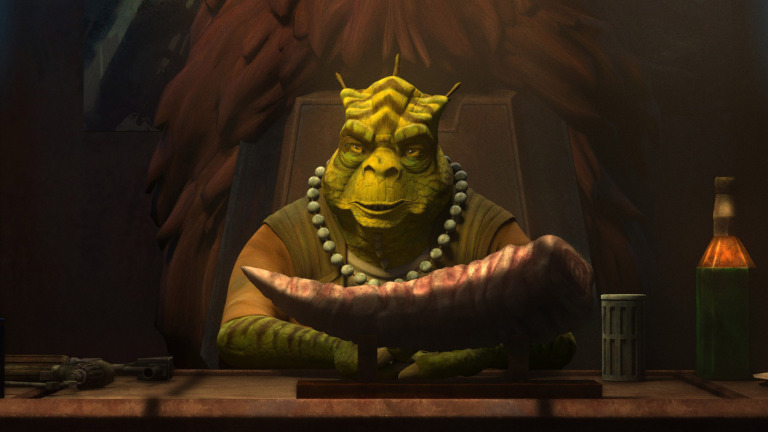 Episode Five started off with Clone Force 99 trying to find a mysterious “Cid,” and while the guys are less than effective in finding her, Omega clocks Cid right away. She remains a key character in the episode and maybe in episodes to come, but Cid’s voice may have sounded familiar if you were a fan of Cheers. Legndary Rea Perlman added her voice to the Star Wars universe this week, making her the third Cheers veteran to appear in the galaxy far far away.

Muchi! And Bib Fortuna Too, I Guess 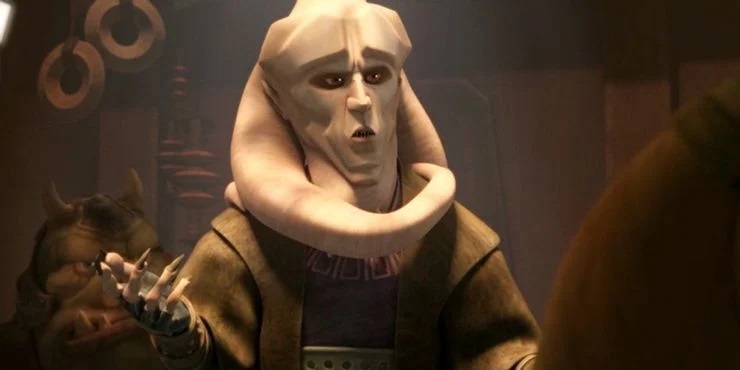 A good portion of the episode features a young rancor named Muchi who the batch have to rescue from some Zygerrians, only for us to find out later that this particular rancor is property of non-other than Jabba The Hutt. If you, like me, became surprisingly attached to Muchi, the baby rancor this episode only to be immediately sad, don’t worry! Muchi isn’t the rancor that Luke kills years later in Return of the Jedi. Canonically that’s a different rancor named Pateesa, so we can just assume that Muchi lived a good long rancor life of eating people who disappointed Jabba before dying naturally of rancor old age, and that Pateesa was a real jerk rancor who nobody liked and you definitely wouldn’t have thought was cute as a baby.

Of course, coming to collect Muchi was Jabba’s right hand Twi’lek, Bib Fortuna, and two guard Gamorreans. Bib has been showing up in Star Wars since Return of the Jedi with appearances in Phantom Menace, and The Mandalorian. This week, just like in those two more recent appearances, he was voiced by Matthew Wood.

The Zygerrians that show up in this week’s episode are far from the first we’ve seen in Star Wars. In The Clone Wars a group of Zygerrian Slavers capture Ahsoka making for a strange and uncomfortable story arc. They had no love for the old republic or the Jedi as those groups worked to put a stop to the Zygerrian slave trade, but with the Republic out and the Empire in, it seems they are back in business. Trading in people and animals alike, the Zygerrians have in their possession Muchi the rancor as well as a few Falleen.

Or, as I put it during the episode since I’d forgotten the word Falleen, “Hey, is that a Xizor?” Xizor was, in fact, one of the more famous Falleen you may remember from Star Wars Legends, but the two who show up in this episode likely aren’t him. The Batch and Omega help liberate them, with Muchi, from the Zygerrians.

Those were our favorite Easter Eggs and details from this week’s episode, but what did you notice in episode five? What do you think is next for The Bad Batch? Who do you hope to see a cameo from next? Let us know in the comments!

Freshen Up Your Desk or Car with New 'The Mandalorian' Pop! Bobbleheads 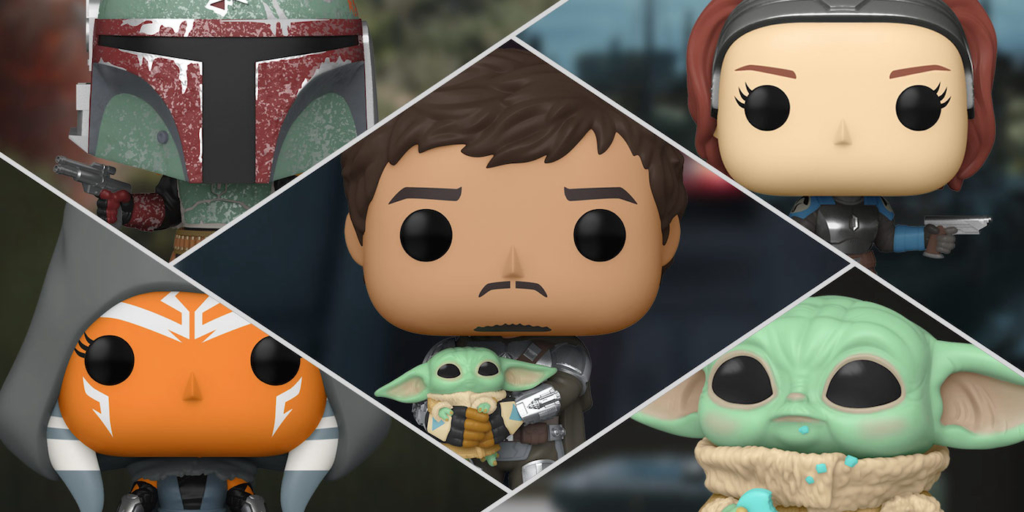