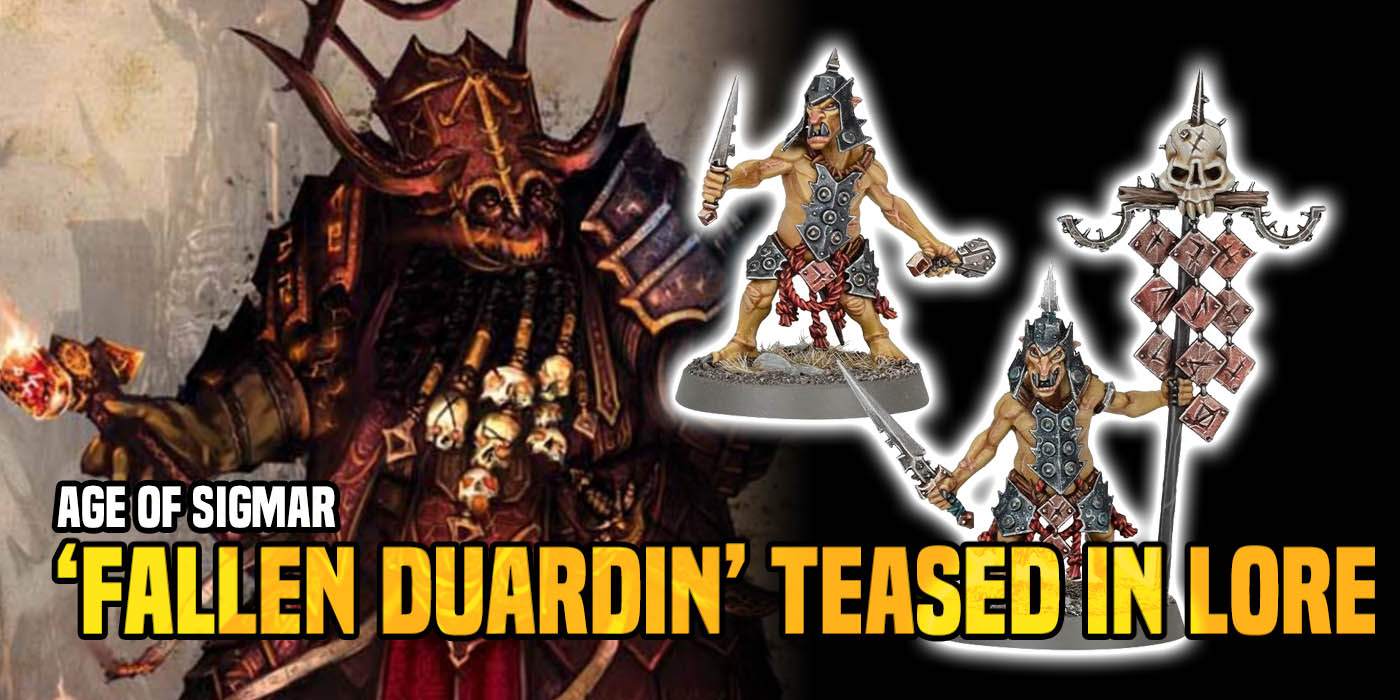 The Core Rule Book for Age of Sigmar is full of fun surprises. Like the massive teaser about Chaos-worshipping duardin clans.

We mentioned the connection between Chaos Dwarves and Hobgoblins before and how the new Hobgrots open up some possibilities there. Well, we’ve had a chance to really sink our teeth into the Core Rule book now and we’ve found an interesting tidbit about the new version of that connection. 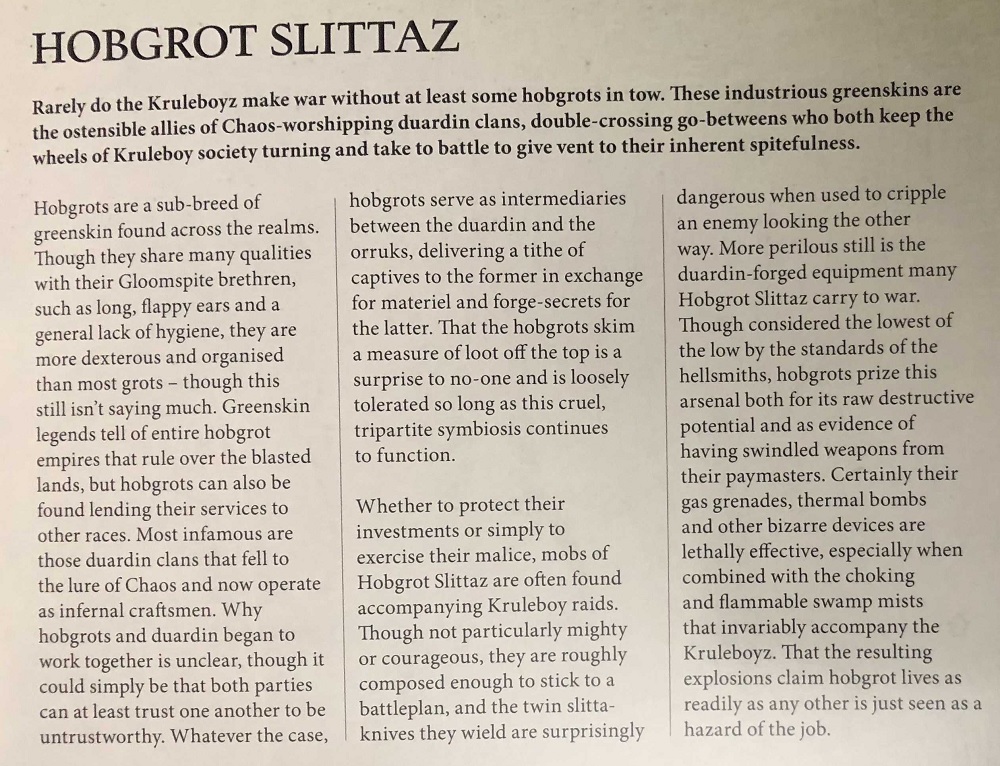 For starters, this confirms (once again) that the existence of Chaos-worshipping duardin clans do exist. We already had tidbits about this thanks to things like the Warcry Warband the Iron Golems: 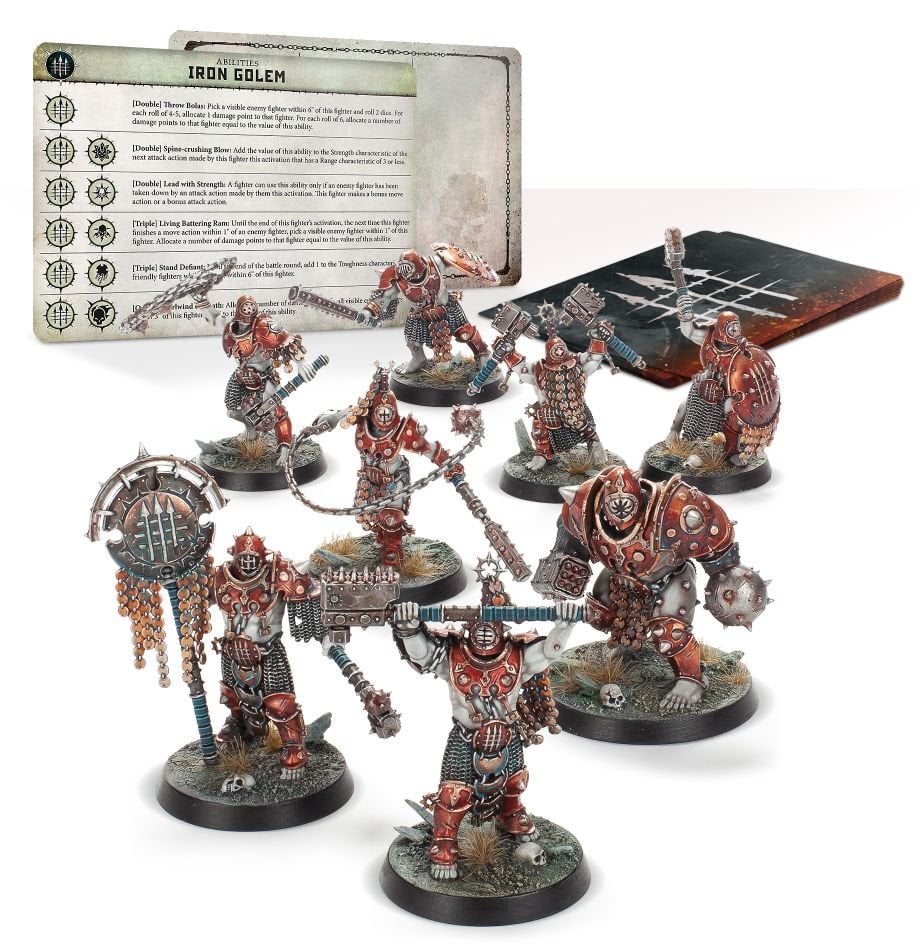 But this section makes it perfectly clear how the Hobgrots and these fallen duardin clans interact. It’s a mutual distrust that makes their relationshop work (somehow). The Hobgrots bring the Duardin prisoners in exchange for “materiel and forge-secrets.” And it’s pretty clear that these Hobgrots are taking the best stuff for themselves. 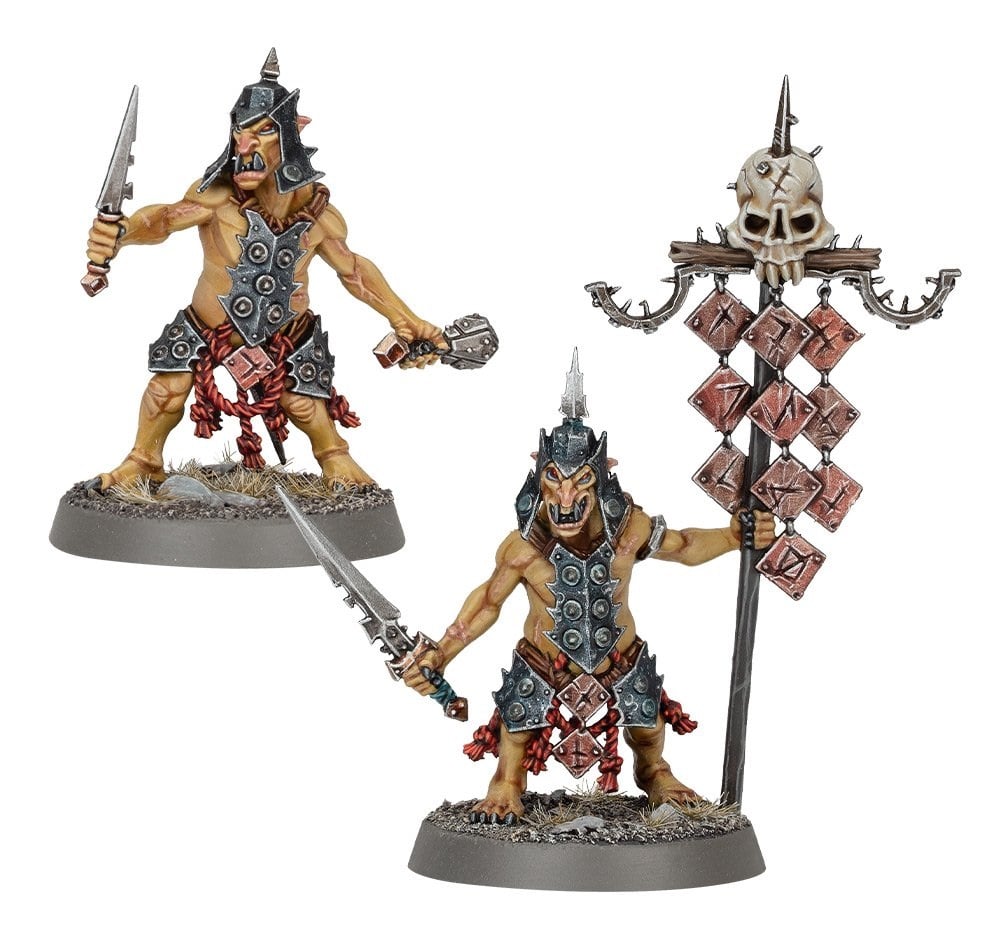 So what does this mean for the long term in Age of Sigmar? Well it could be a couple of things. Could it be the return of a Chaos Dwarf-style army? Well, one does technically exist still – it’s the Forge World Legion of Azgorh. Will we see this army get folded back into a plastic range? Or at least get a rules update for the new edition? I’m not holding my breath but I will be pleasantly surprised if that happens.

Another thing it could mean is the arrival of a Chaos Orruk force. This is a pretty long shot, too. Hobgrots are a natural bridge between the two Grand Alliances of Chaos and Destruction. Could GW use them to create a new Chaos Orruk army? Or what about making a new breed of Orruk altogether? I mean, we now have precedent with the arrival of the Kruleboyz. They share some features with the current Orruks, but ultimately look distinct and unique from them. What’s to say GW couldn’t do that again? 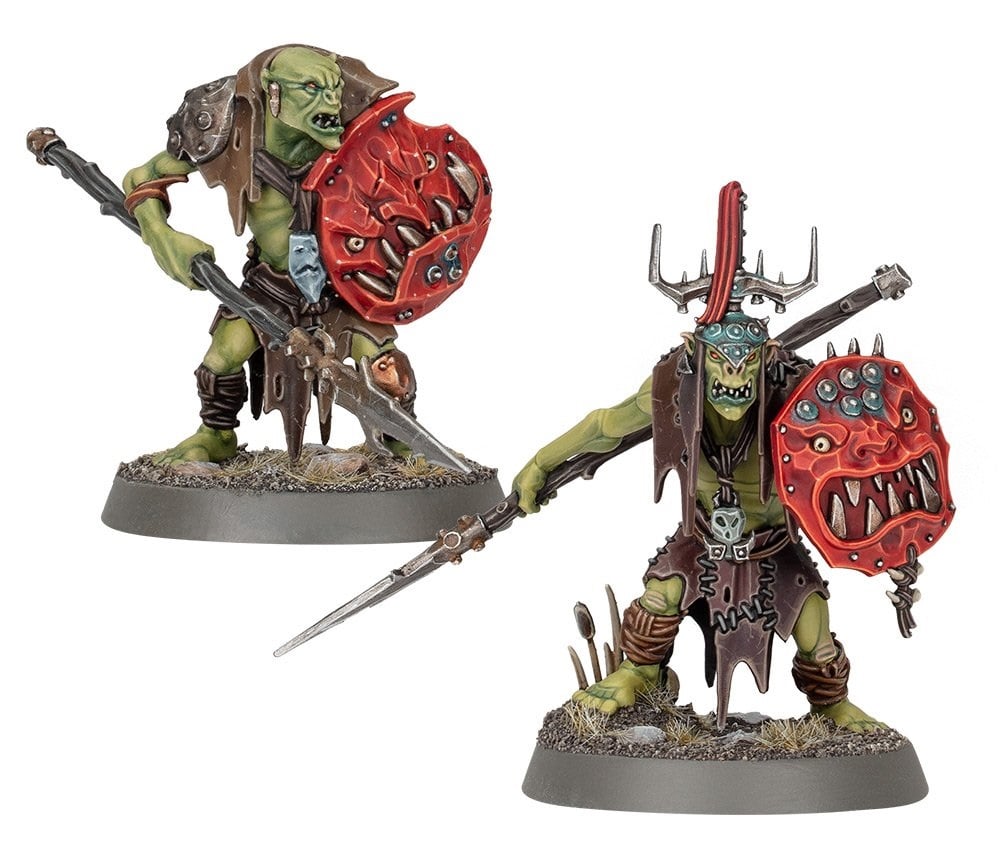 Another crazy idea is that maybe GW will do some sort of combined army of factions that are on the outskirts of either Chaos or Destuction. Chaos Duardin are one example, but there are also the Fimir. 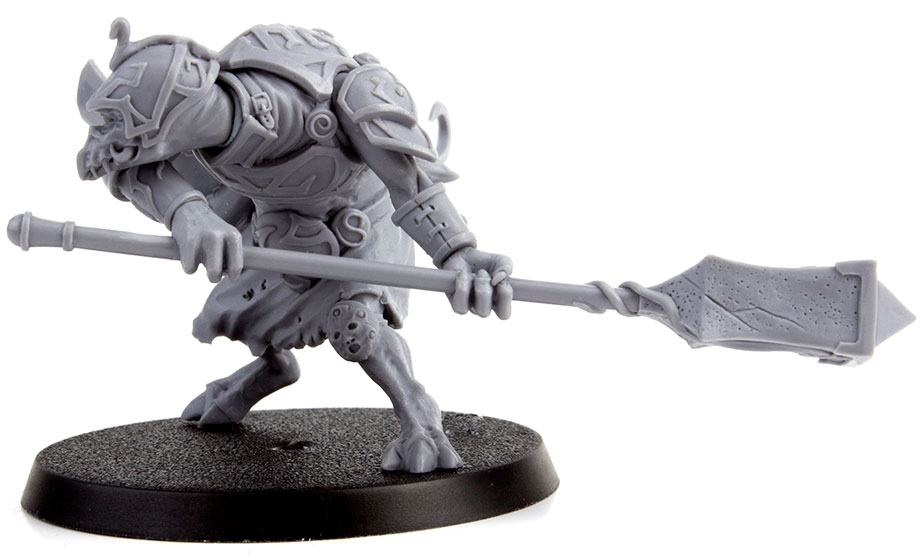 And what about the possibility of Fomoroid allies, too. 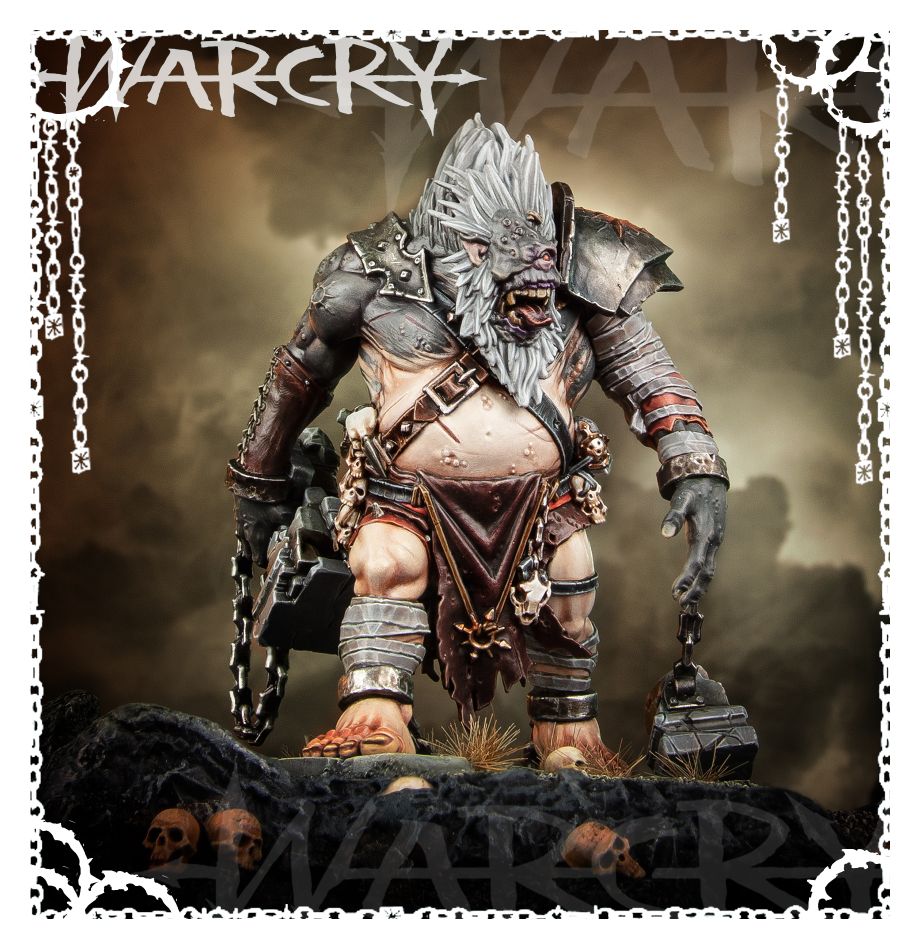 The point is there is a collection of random creatures and hints at a secret faction of Chaos-worshiping duardin out there and if GW wanted to make a new Chaos Dwarf army, they totally could. Hobgrots and all!

What do you think of this teaser – will GW use it or will they sit on this plot thread for a while?

Author: Adam Harrison
Writer, Editor, Texas Native, and Austinite for 15+ years, Adam covers all things Tabletop Gaming. Which includes Warhammer 40,000, Age of Sigmar, D&D, Board Games and everything else that involves dice, boards, cards and a table. A hobbyist, player, and collector of miniatures and games, Adam's current obsession are his Death Armies for Age of Sigmar, his Blood Angels and Tyranids for 40k, and his ever growing Arkham Horror: The Card Game Collection.
Advertisement
Age of Sigmar Games Workshop Lore Miniatures
Advertisement 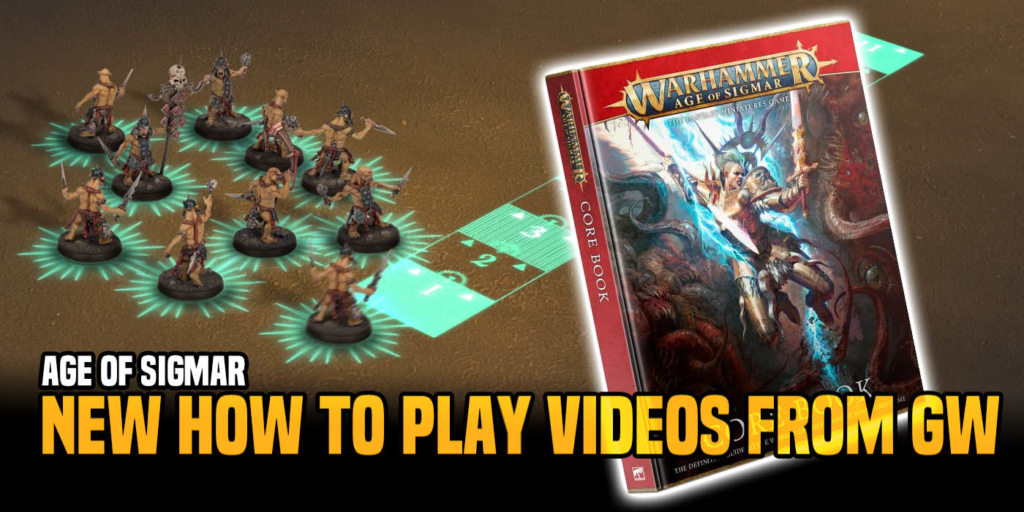