Cosplay: ‘Castlevania’s Carmilla is Out for Blood 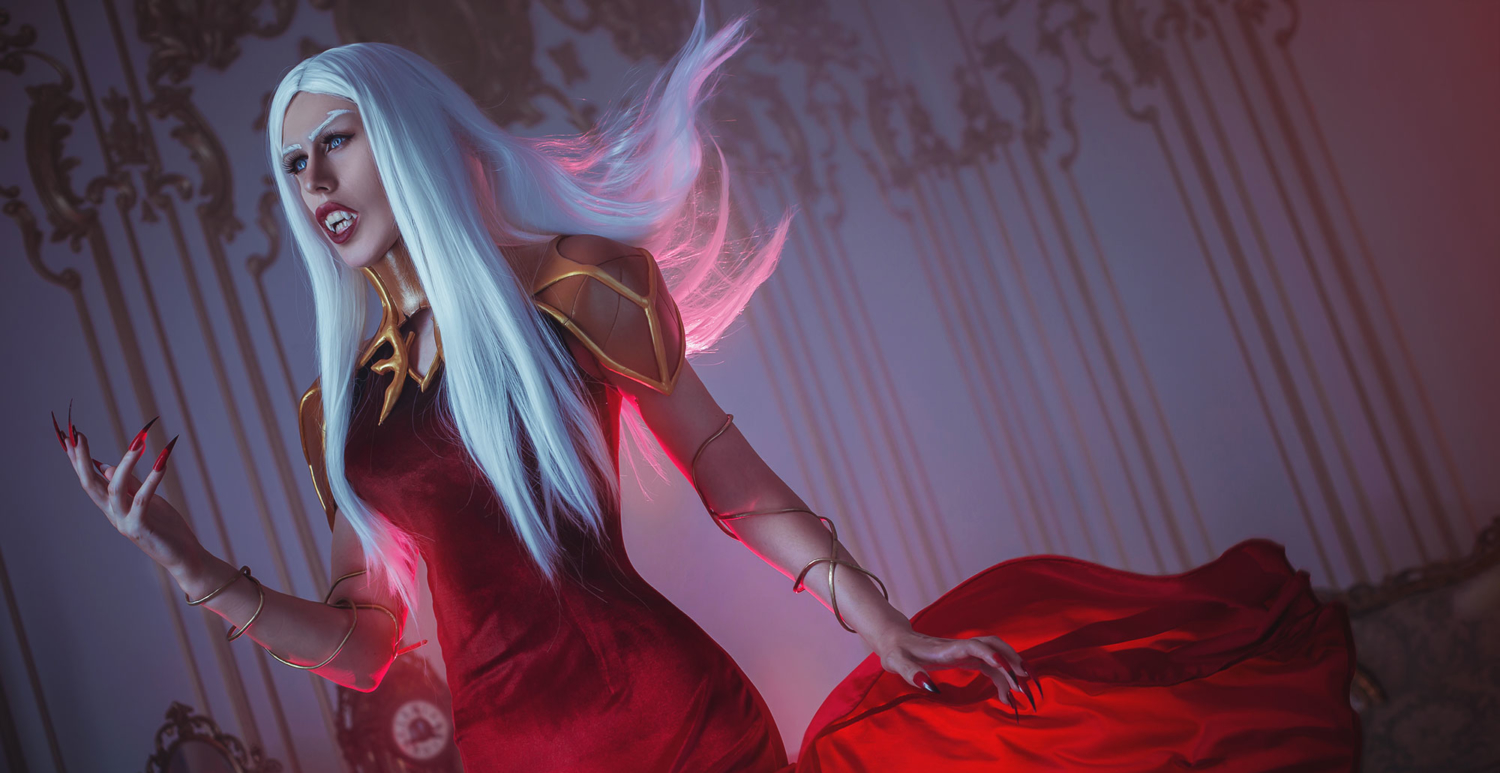 The Queen of Conniving is fierce and fabulous in this series of Castlevania Cosplays!

It’s hard work rising up against an undead ruler, but SOMEONE has got to do it. The Vampire Queen of Styria is a fearsome opponent in the Netflix animated series. “She is a scheming and manipulative noblewoman, and former ally and general of Lord Dracula, who sought to usurp control over the vampires from him and raise them as the world’s new dominant species.” 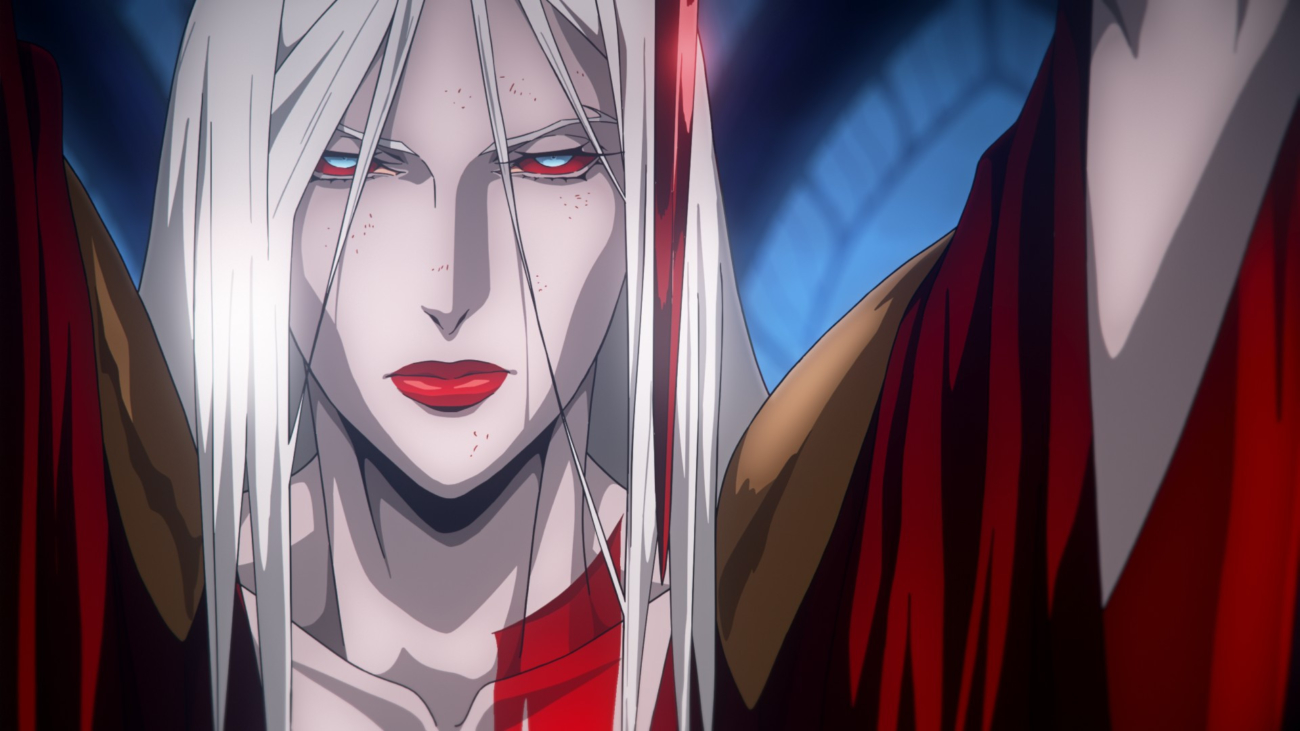 She has hidden agendas and a major axe to grind with Dracula, plotting and scheming to accomplish her own desires. Stunning, captivating, and ruthless, Carmilla is out to take the world from old men.

Since the newest season of the show dropped this year, cosplayers have been running wild with this gorgeous character. Some stunning and imaginative cosplays have been built and shot already, and we are excited to see what else will come out of this beautiful anime in days to come! 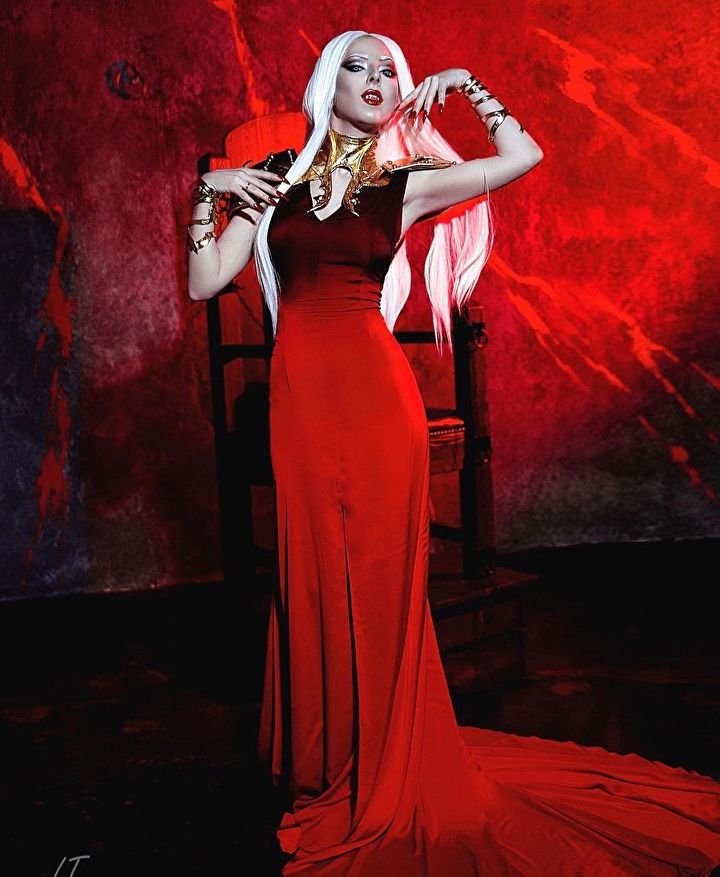 “I wasn’t going to be dictated to by mad old men anymore. And then I come here, to meet with the leader of our nation, and what do I find? A mad, cruel old man. Never again, Godbrand. Never again.” 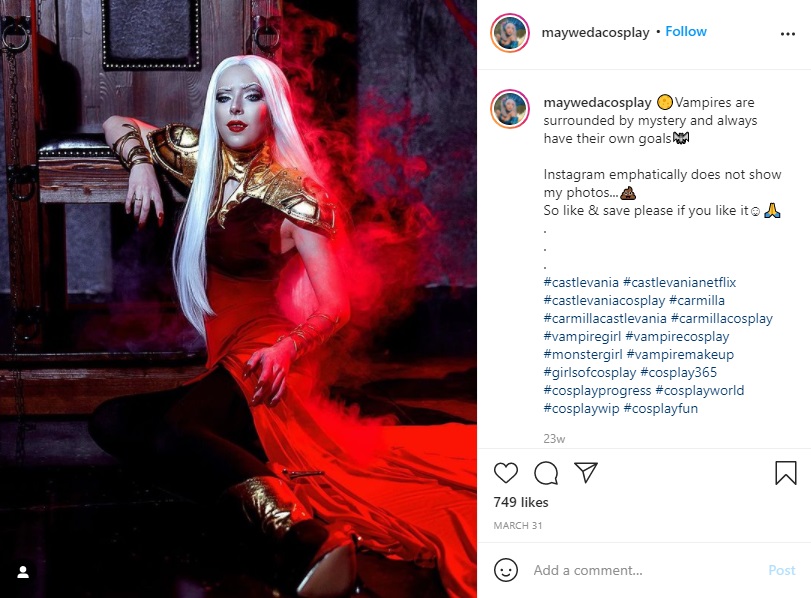 “Lenore: She’s the spark. We see the present. She draws down the future. We’re the body, and she’s the dream.
Hector: She’s the nightmare.” 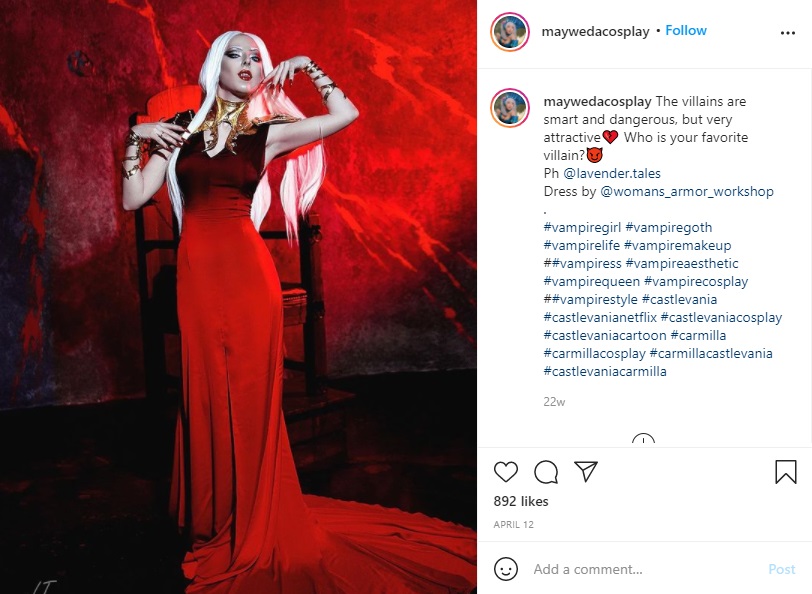 “Carmilla is a powerhouse that at no point should be underestimated. Dracula believes his most dangerous enemies are humans but maybe he should fear those he keep closest to him.” 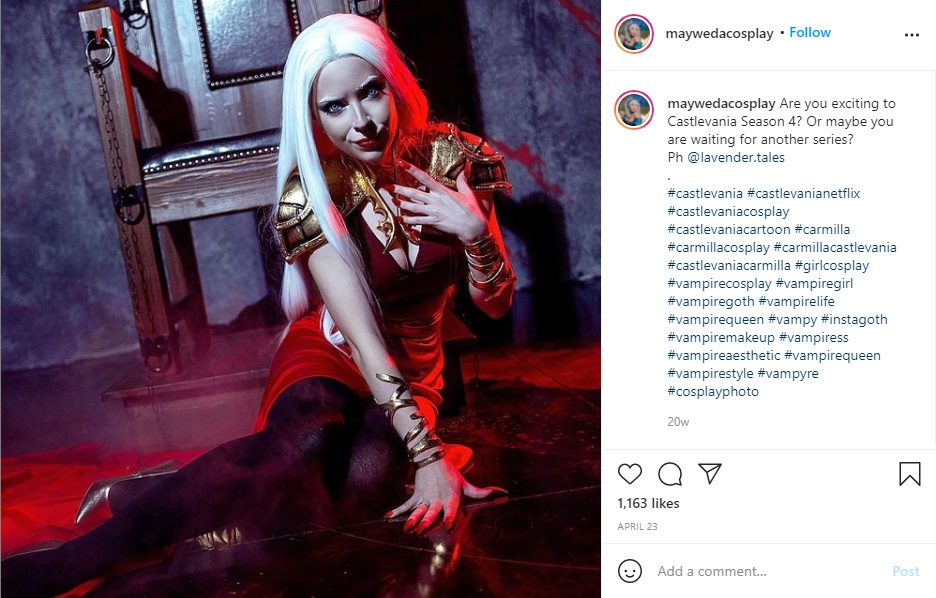 “I may. If all the other vampire males in the world dropped dead. And half of the females. Some of the animals.” 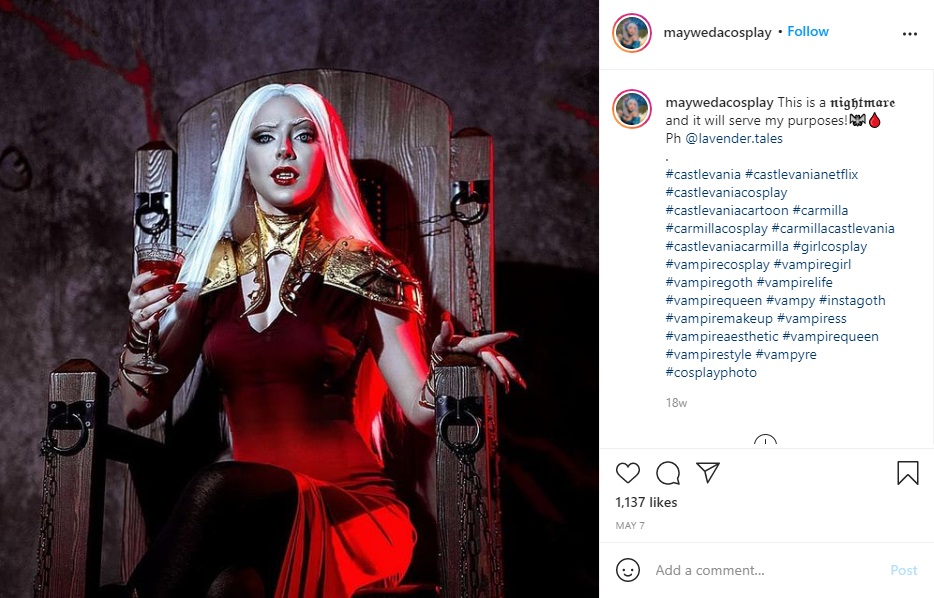 “It’s absolutely bloody chaos out there! Humans fighting each other, night creatures gone mad, even vampire packs trying to set up kingdoms. There is literally no one between here and Braila who I don’t want to murder.” 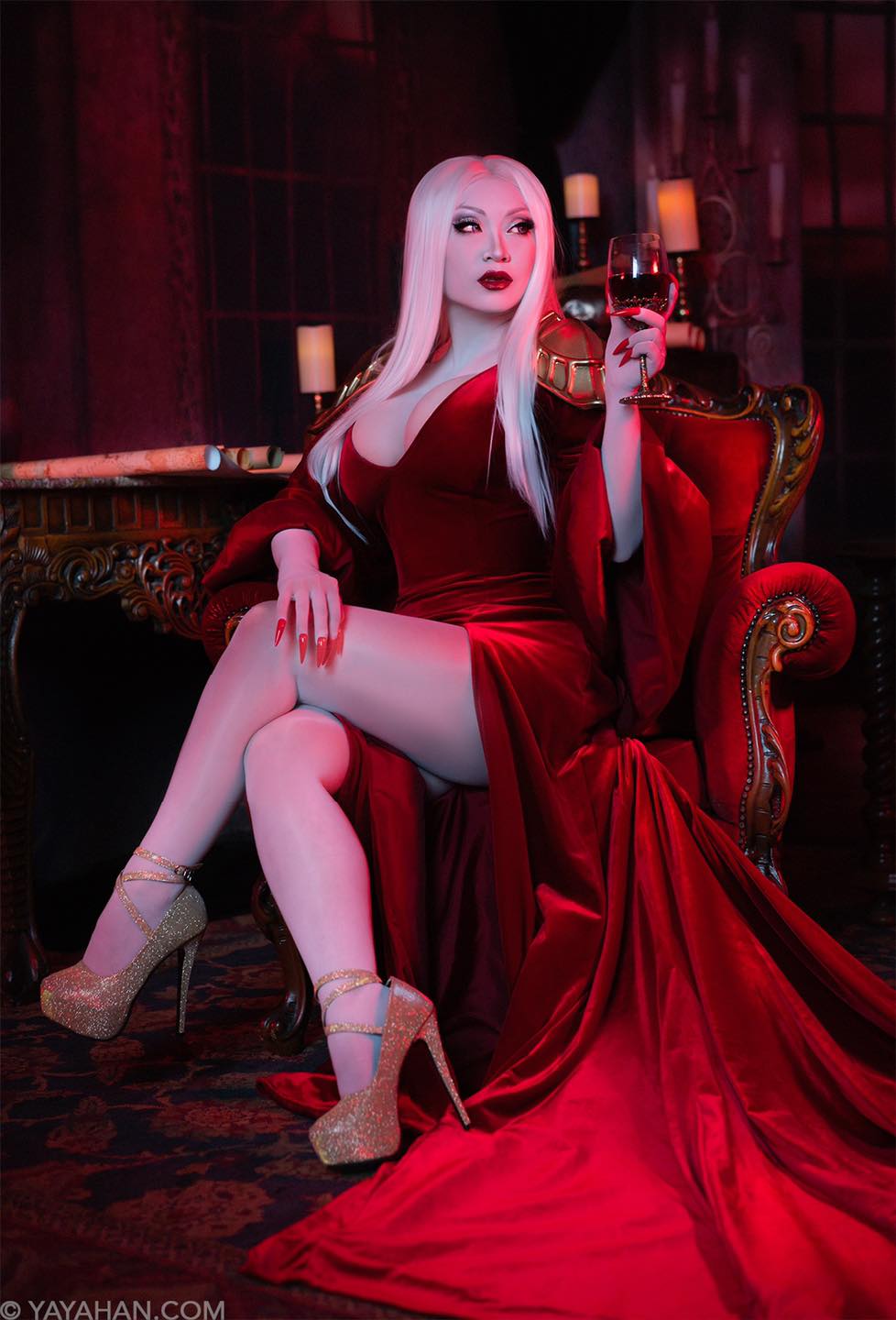 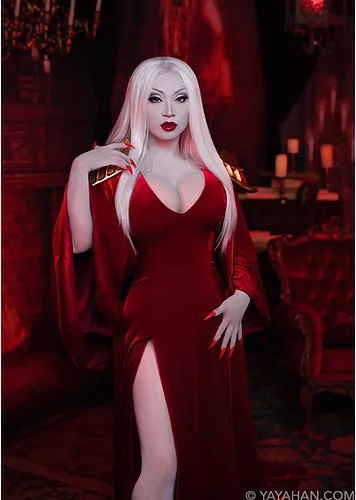 “That’s the wonderful things about humans. Leave a handful of them alone for five minutes and they’ll make more little humans. Self-replicating food.” 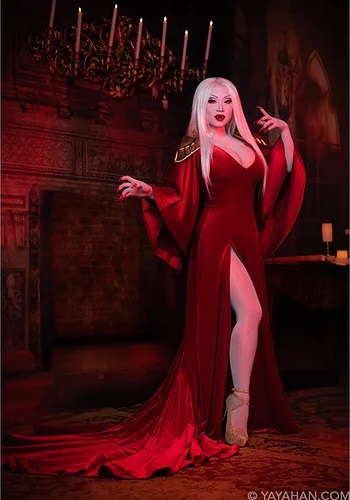 So, that’s my plan. Take over a long enclosure of land, surround it, rule over it like the empresses of old, and drink all the humans forever. Brilliant, isn’t it?” 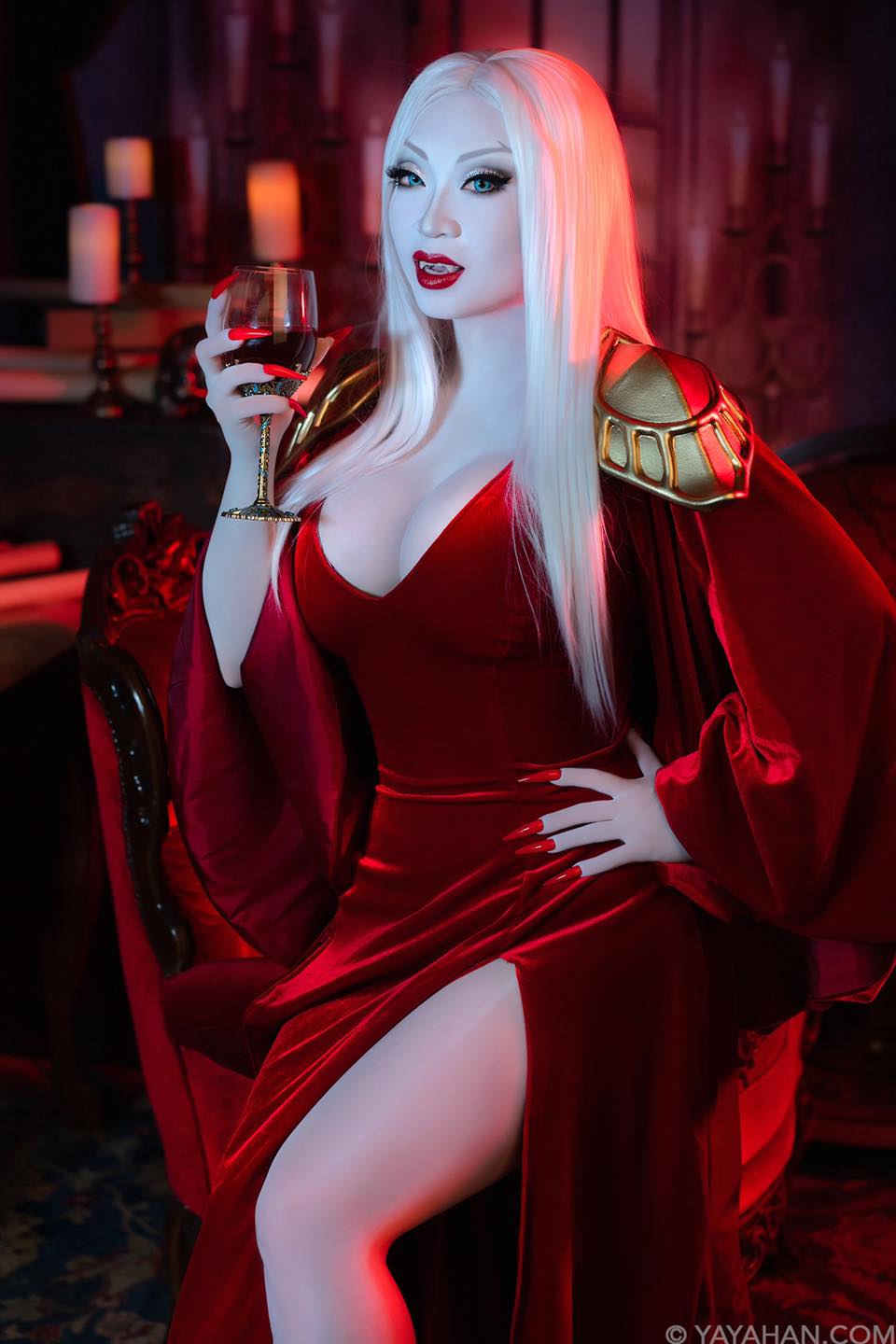 “I would have liked that castle.” 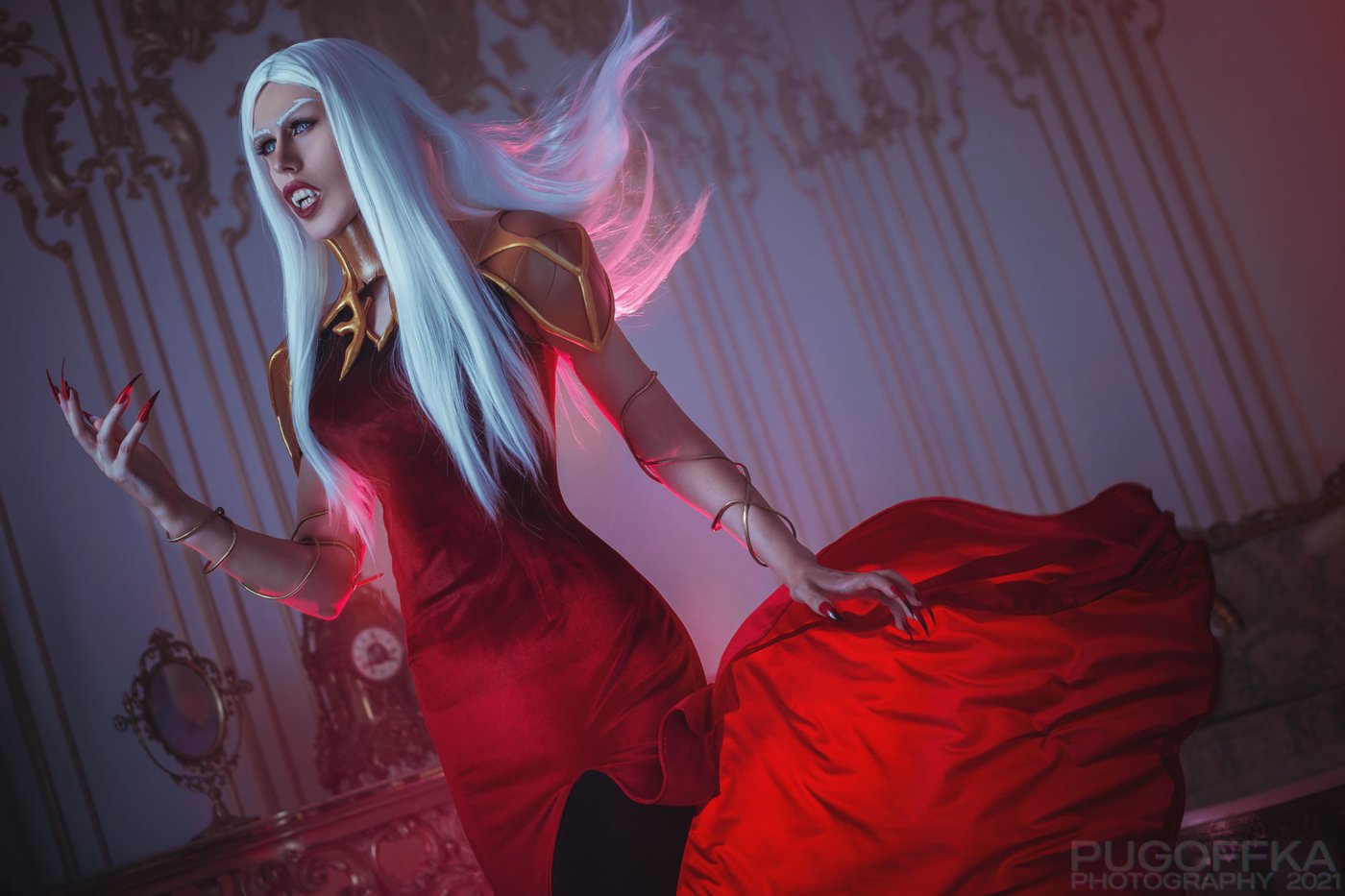 “Because I take things away from stupid, evil old men. It’s what I do. I’ve always done it. They deserve to lose everything. And I deserve to have all their stuff.”

Author: Jennifer Larsen
Jennifer aka "Mayhem's Muse" is the Cosplay Editor for BoLS and manages Ad Sales and Communications. Her cosplay awards include the RTX Judge's Choice Award and Dragon's Lair Austin's Cosplay Symposium. Jennifer has been a Cosplay Guest Judge at RTX, Tacticon and Genghis Con in Colorado. She regularly attends conventions to cover cosplay for BoLS. Her cosplay work has been featured in publications such as Girls Who Love Monsters, Geek Fuel, and Renaissance Magazine. Jennifer has modeled in the Her Universe Fashion Show, Precision Camera's yearly Precision Camera University, and has taught several workshops for photographers about partnering with cosplayers and creative muses/models. Jennifer is a lifelong enthusiast of retro video games and loves Dungeons & Dragons, urban fantasy, tabletop games, VR technology, and historical archery. She has set National Records through USA Archery’s Traditional Division for Asiatic Bows and earned 4th Place in the World Nomad Games in Kyrgyzstan in 2018 for Women’s Korean Archery. Jennifer is currently studying for her Masters's Degree in Organizational Leadership.
Advertisement
Anime Cosplay Movies and TV Pop Culture
Advertisement 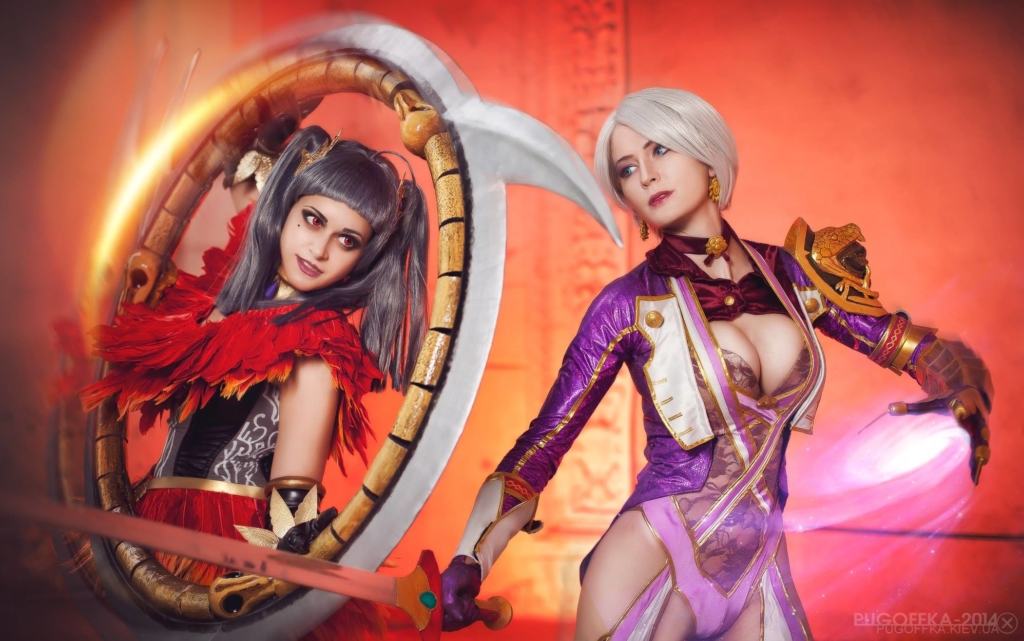