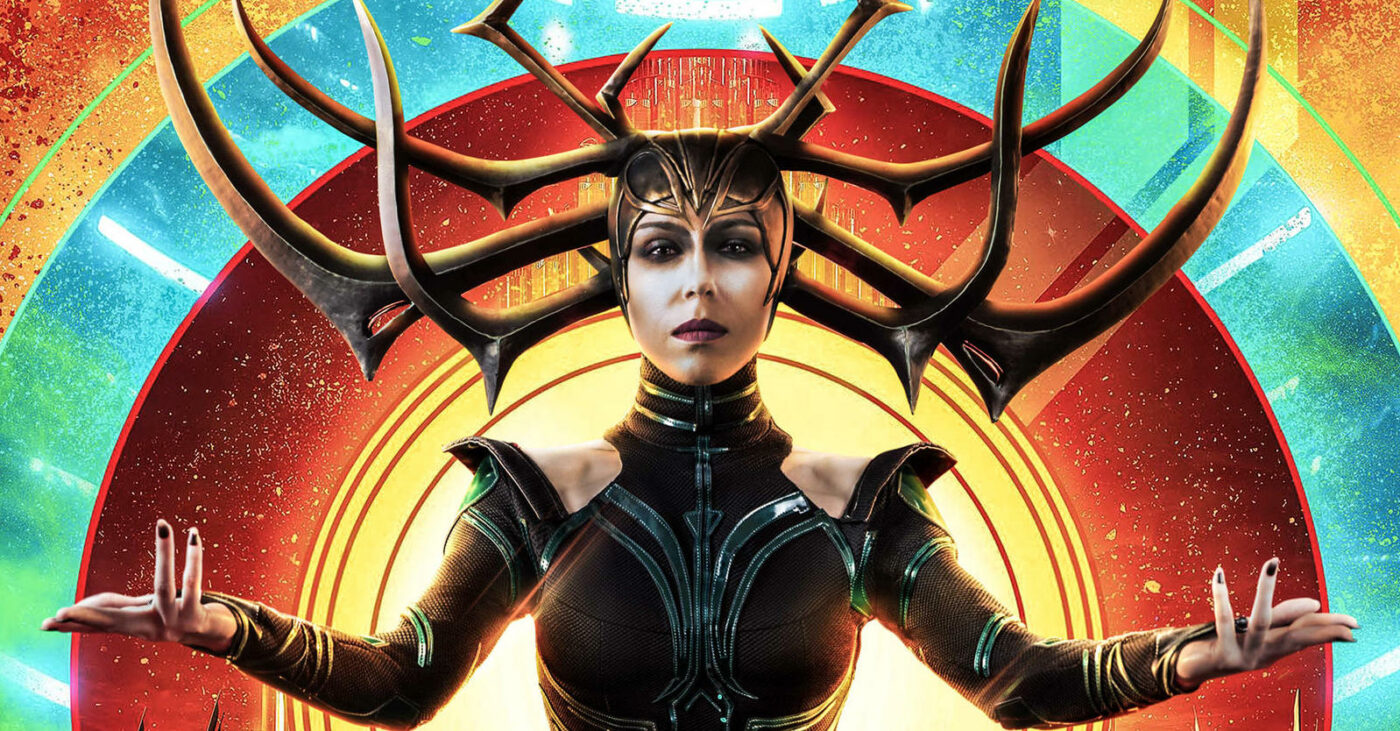 The Asgardian goddess of Death has returned- and she’s hungry for the cosplay throne. We’re bowing down to these regal Hela cosplays!

Thor: Ragnarok is one of the most widely acclaimed movies in the Marvel Cinematic Universe. Cate Blanchett enters as the iconic goddess of Death, the lady Hela herself. She traipsed onto the screen with her gravelly voice and seductive charisma, wooing audiences and cosplayers alike. This week we’re celebrating some iconic Hela cosplay. 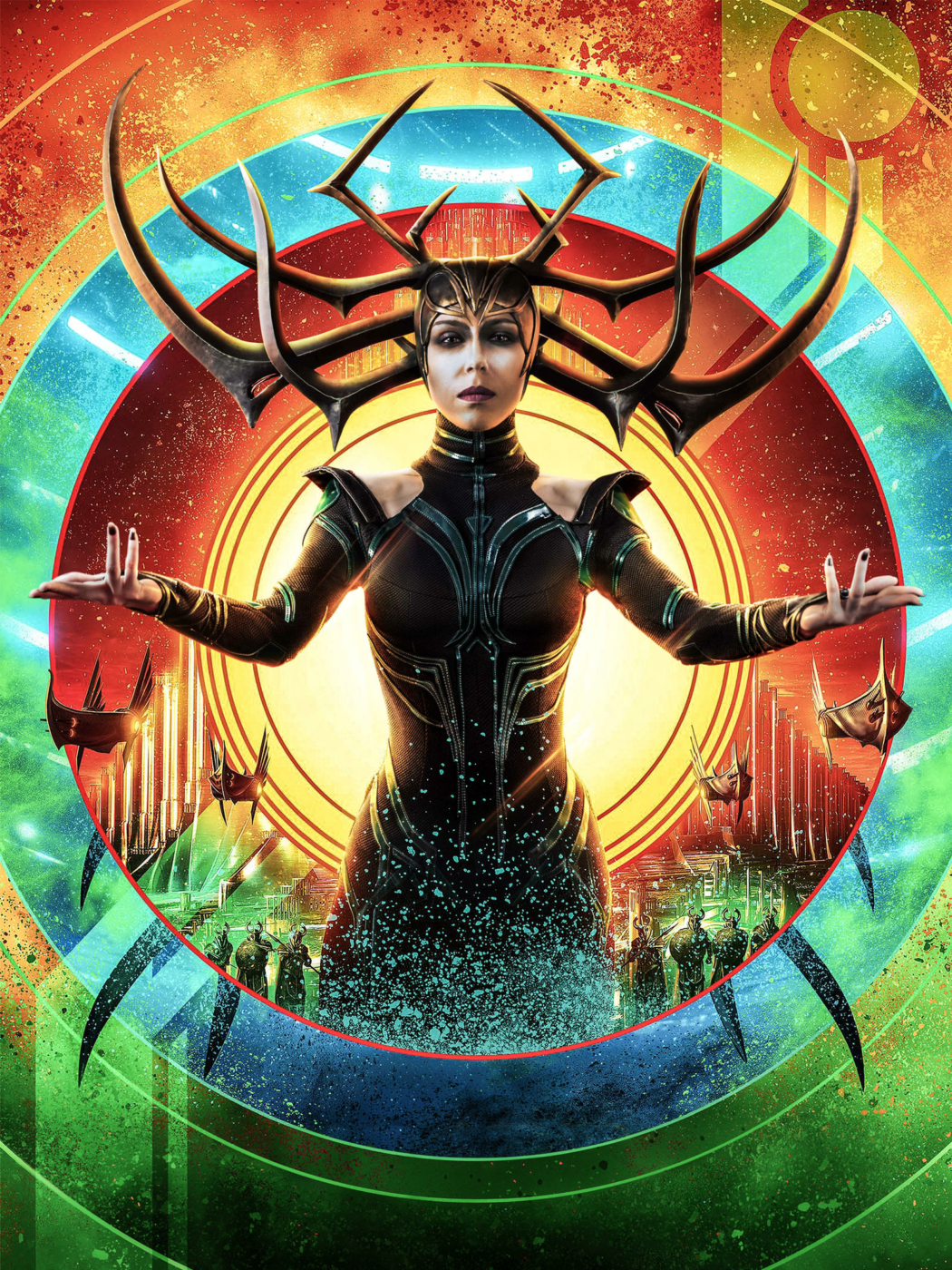 Marvel characters are quite popular among cosplayers, especially the female characters. There are a plethora of strong, dynamic ladies to choose from- from Scarlet Witch to Captain Carter and beyond, the ladies steal the stage every chance they get. None are more fierce and easily recognizable as Hela cosplays. 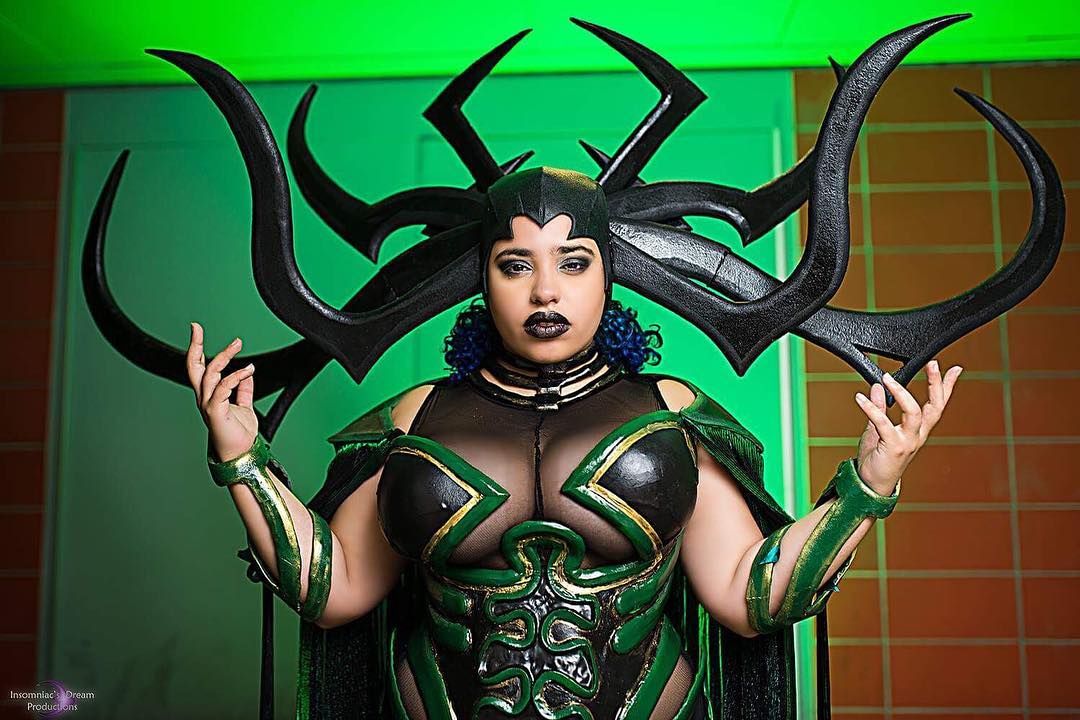 The biggest draw (and challenge) in a Hela cosplay isn’t the costume itself. It’s in her gorgeous and fearsome headdress– the spiked horn helm that she summons to prepare for battle. 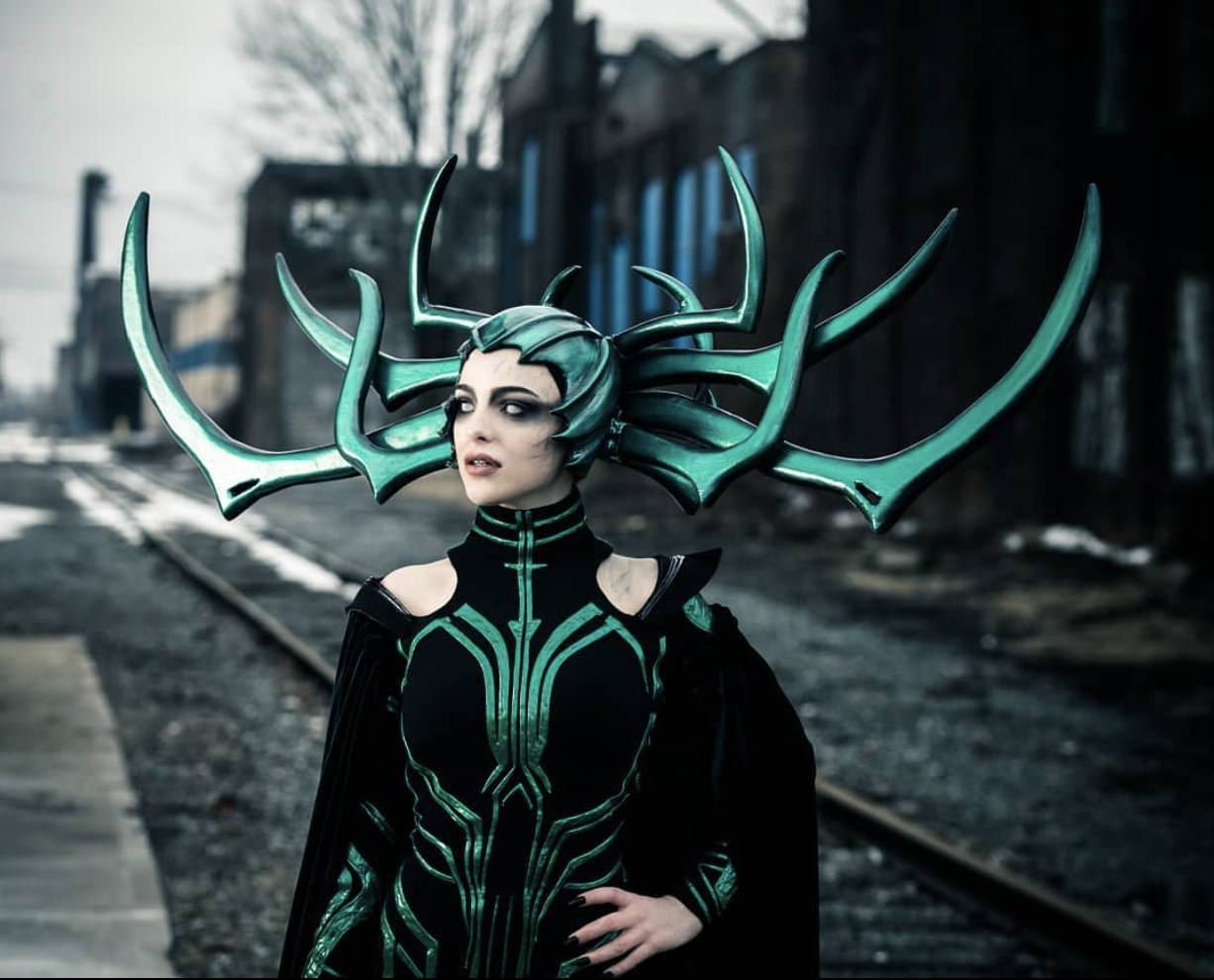 Cosplayers around the world have fallen in love with the warrior goddess. This week we’re featuring some major Hela cosplays. Kneel before greatness!

“So he’s gone? That’s a shame, I would’ve liked to have seen that.” 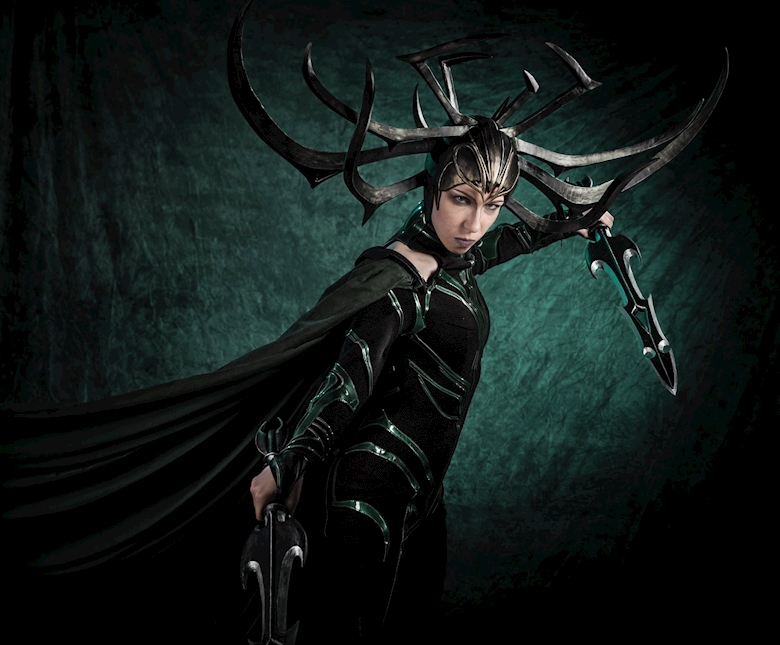 “I’m not a queen or a monster. I’m the Goddess of Death.” 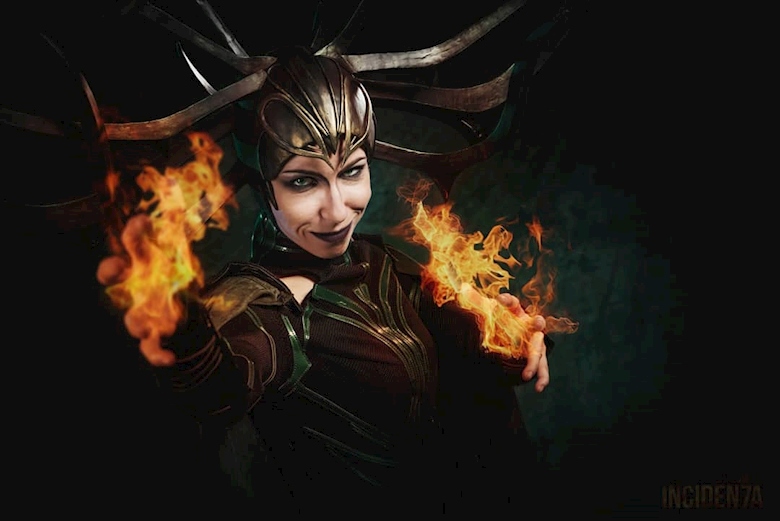 “Asgard is dead and it will be reborn in my image.” 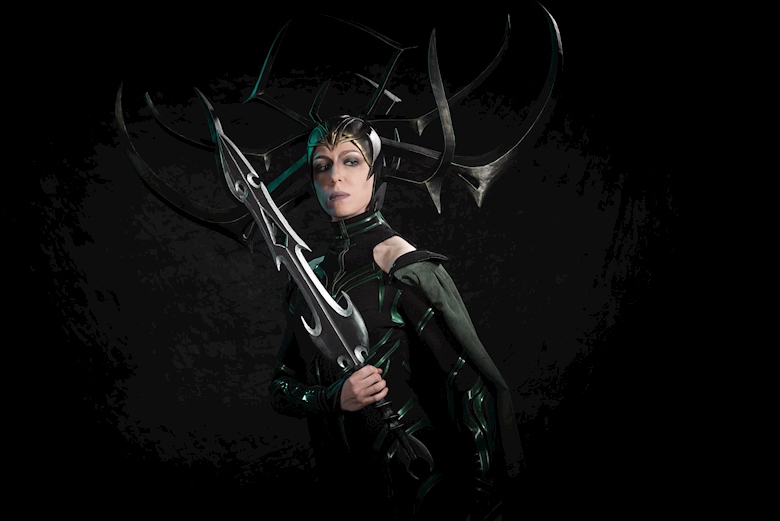 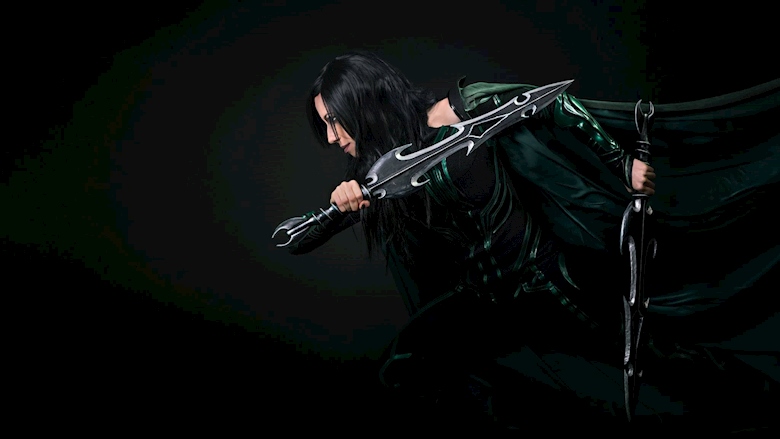 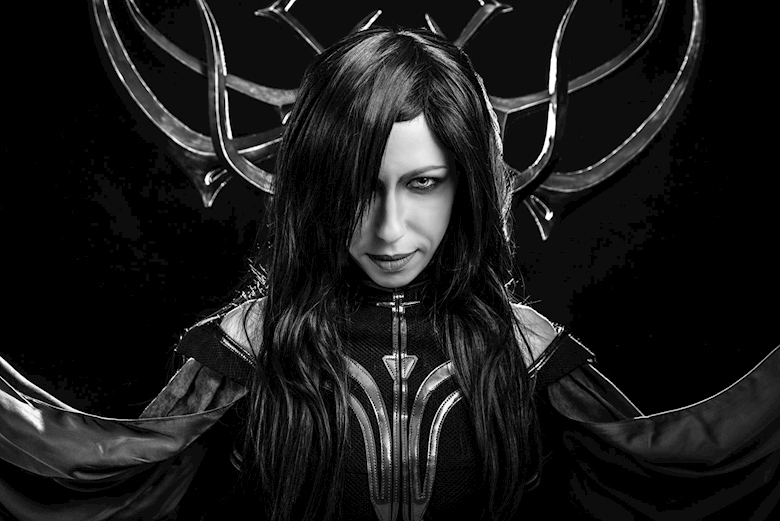 “Does no one remember me? Has no one been taught our history? Look at these lies. Goblets and garden parties? Peace treaties? Odin… Proud to have it, ashamed of how he got it.’ 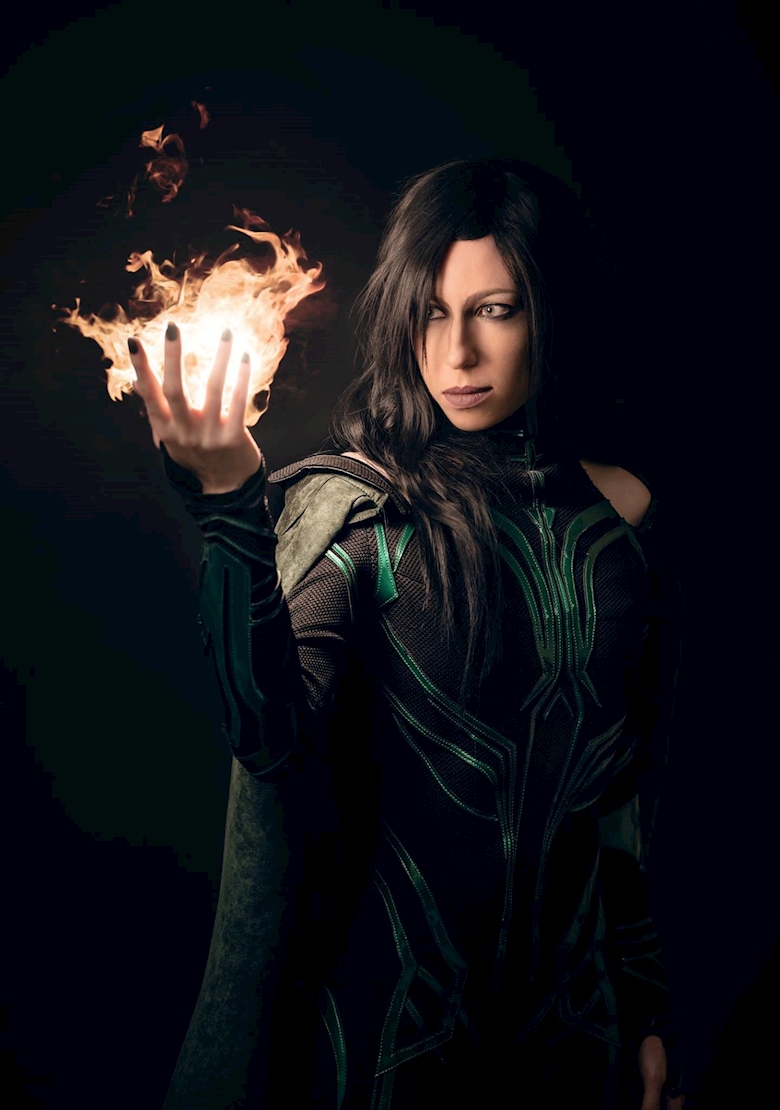 “We were unstoppable. I was his weapon in the conquest that built Asgard’s empire. One by one, the realms became ours.” 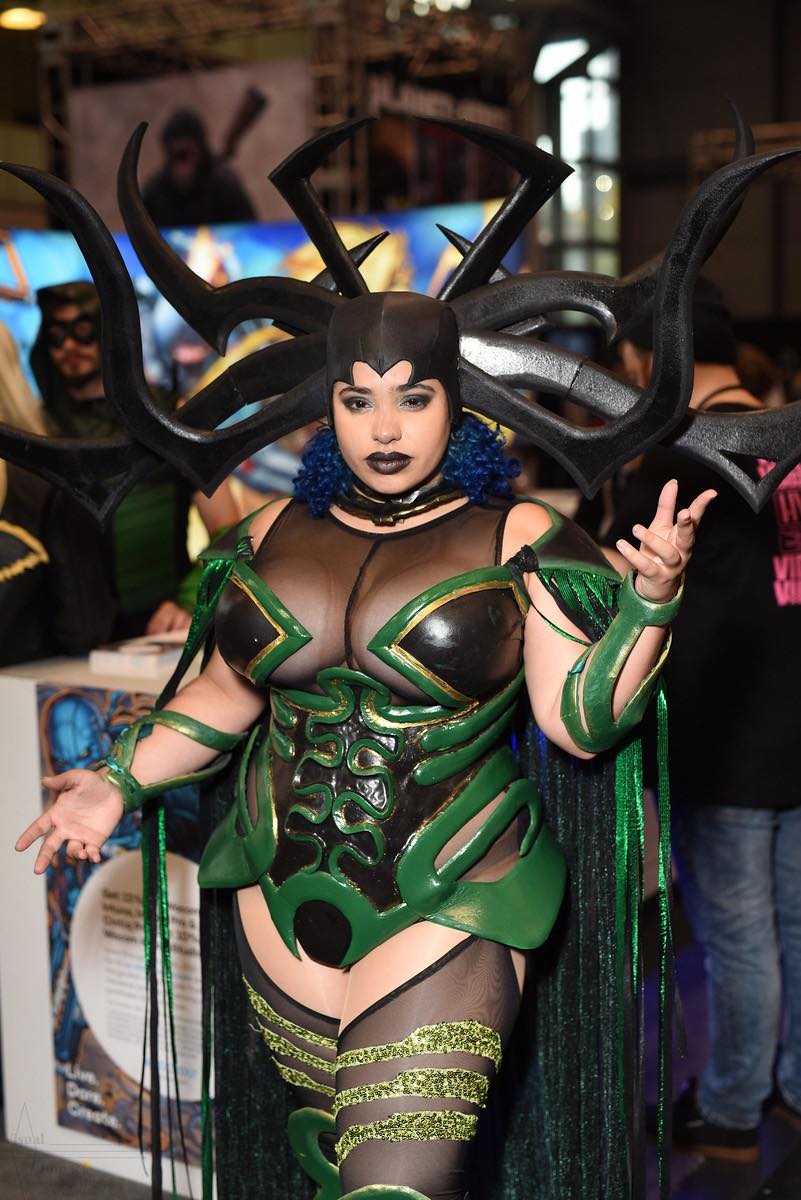 “But then, simply because my ambition outgrew his, he banished me, caged me, locked me away like an animal.” 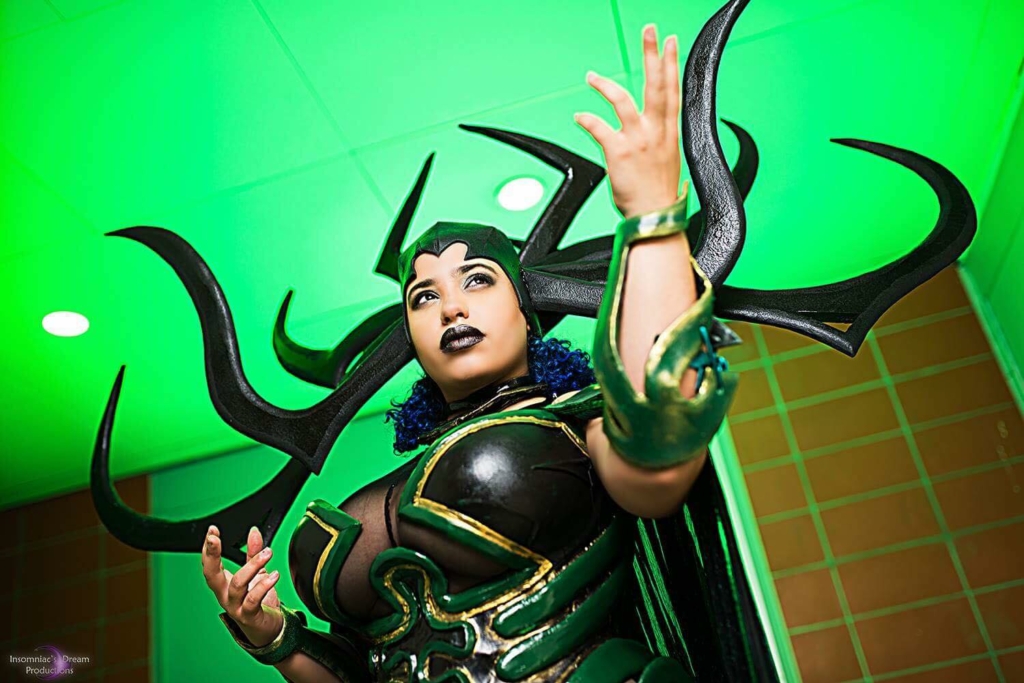 “Before that, Asgard’s warriors were honored, their bodies buried as heroes beneath this very palace.” 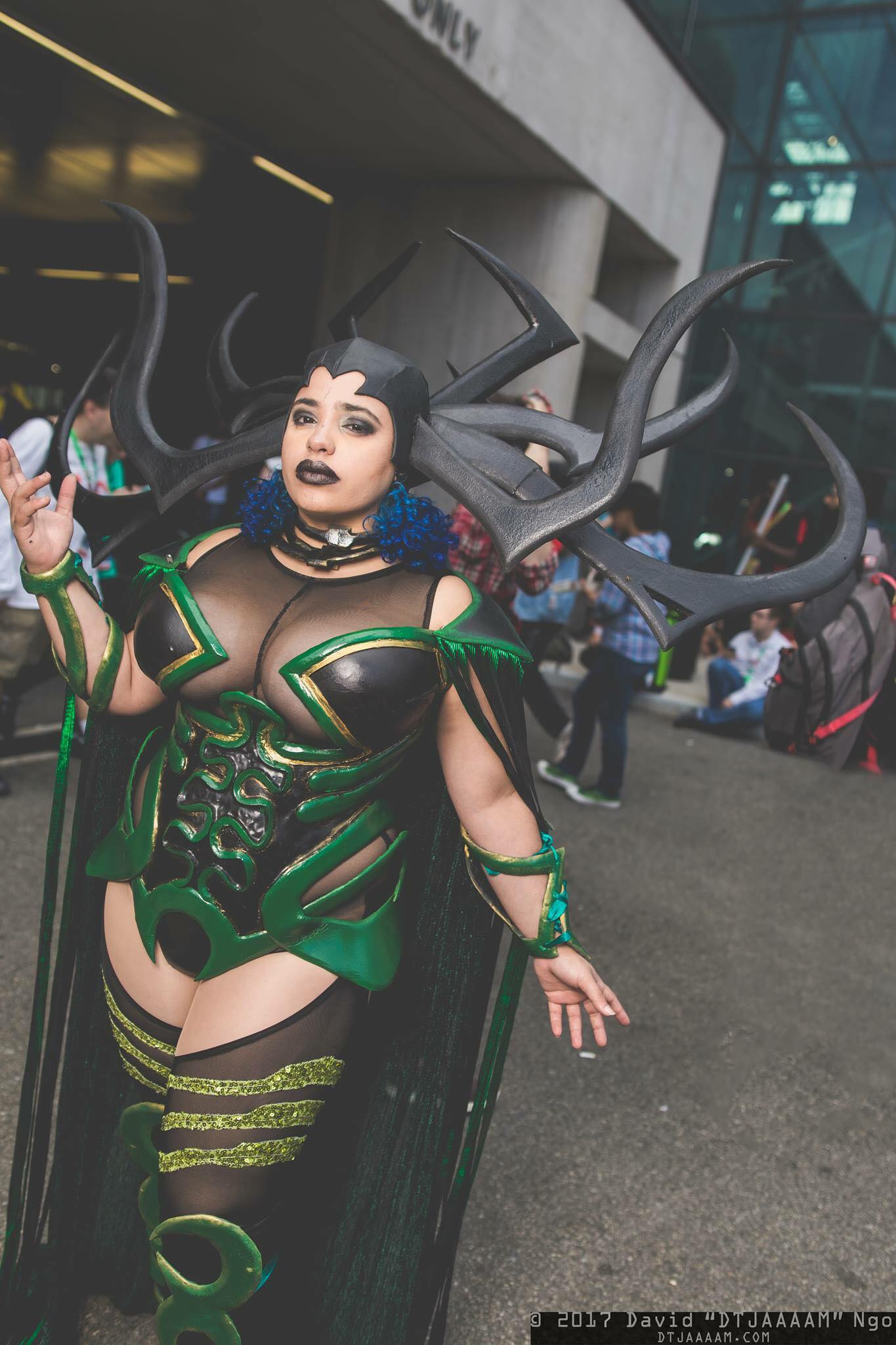 “Fake! Most of the stuff in here is fake. Weak! Smaller than I thought it would be. That’s not bad. But this! The Eternal Flame…” 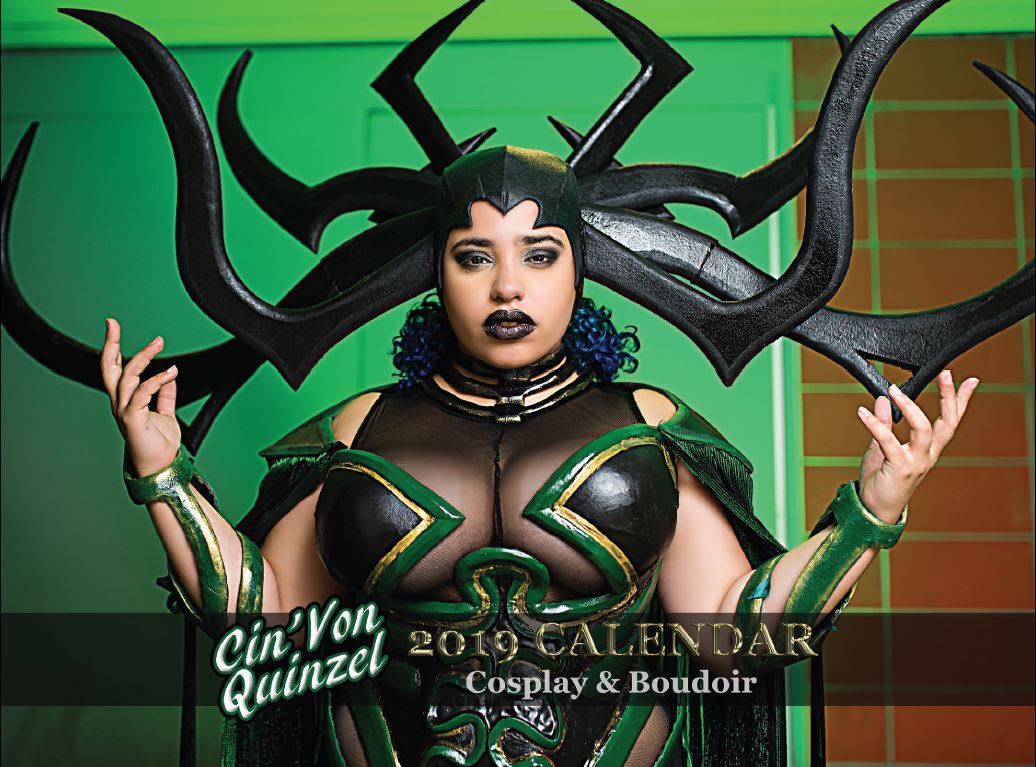 “Skurge, do you know the purpose of an executioner? An executioner doesn’t just execute people, but he executes his leader’s vision. But he mainly executes them too. I was Odin’s executioner. Now, you shall be mine.”

Hela Cosplay by The Cosplay Hobbyist 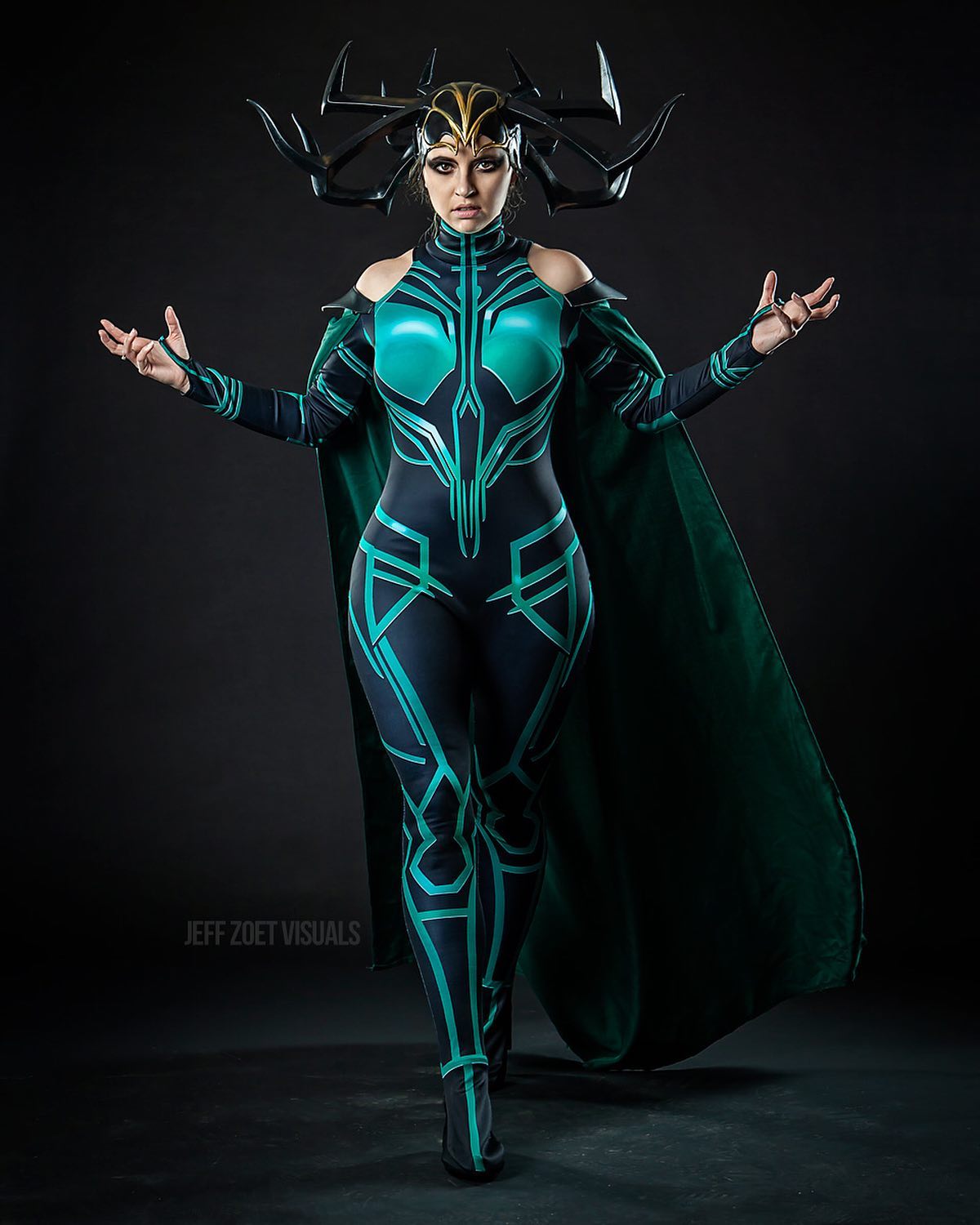 “What were you the God of again?” 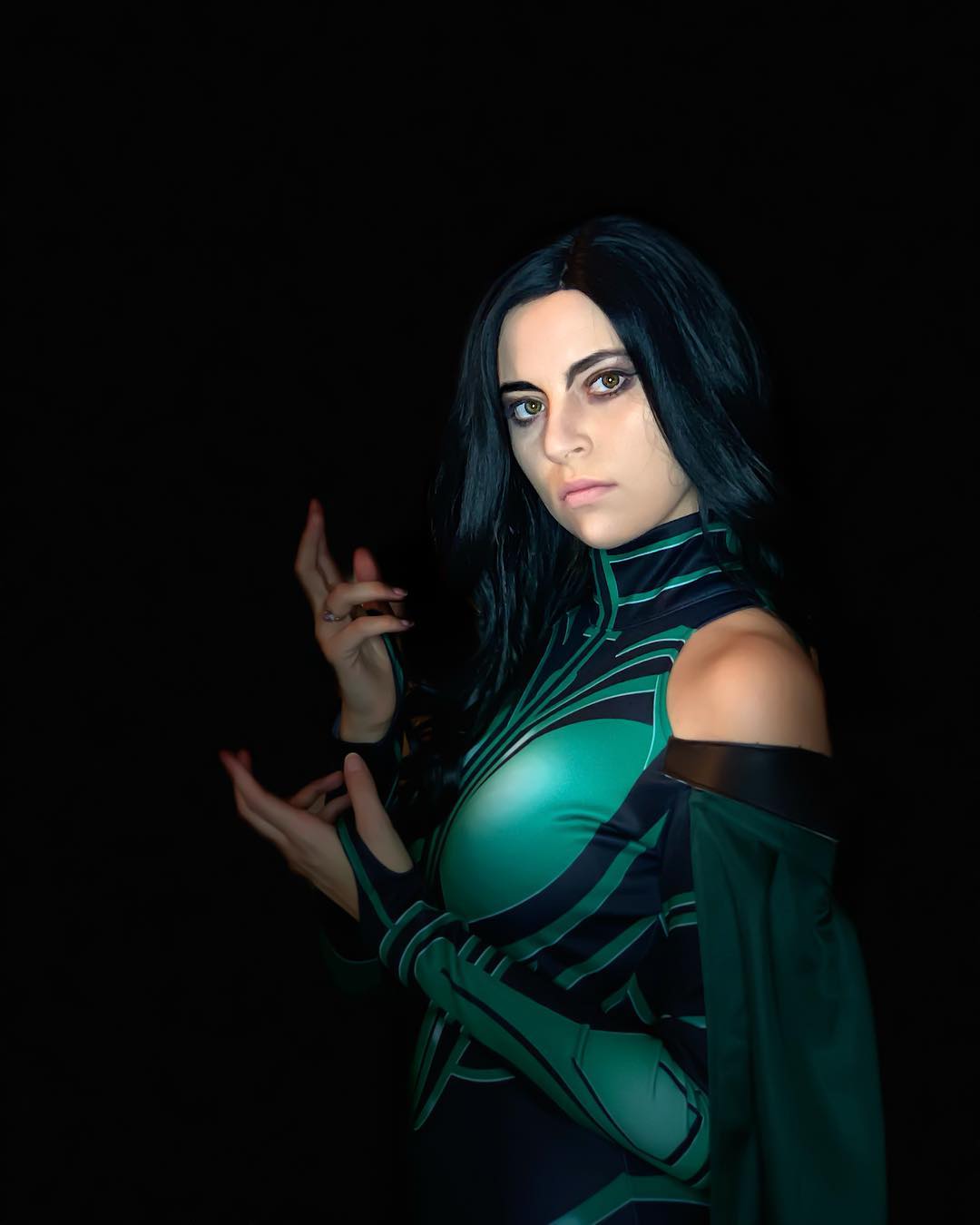 “Skurge, where’s the sword? That sword is the key to opening the Bifrost. These people you mentioned, the ones who aren’t falling into line. Round them up.” 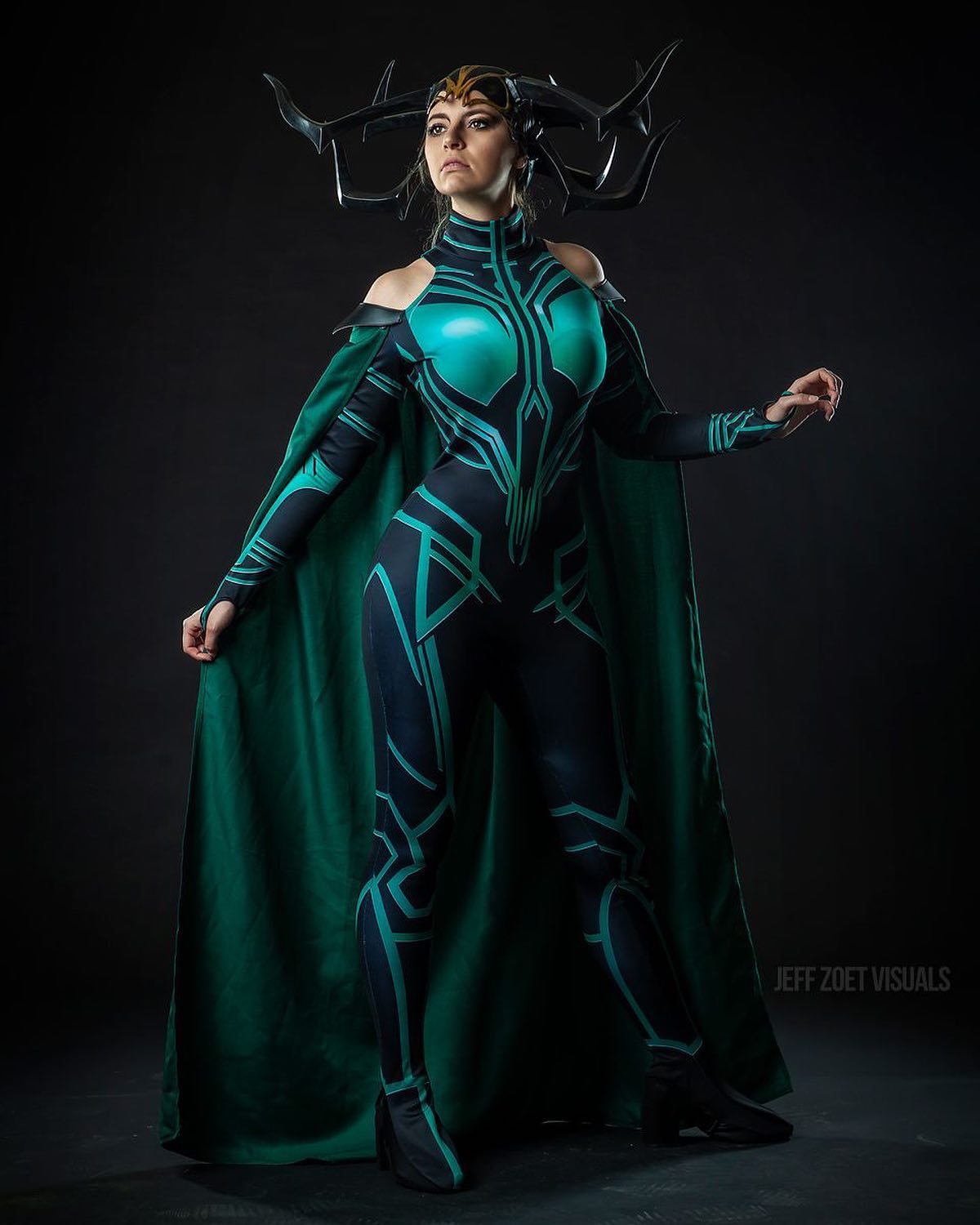 “I need to stop her here and now to prevent Ragnarök – the end of everything.” 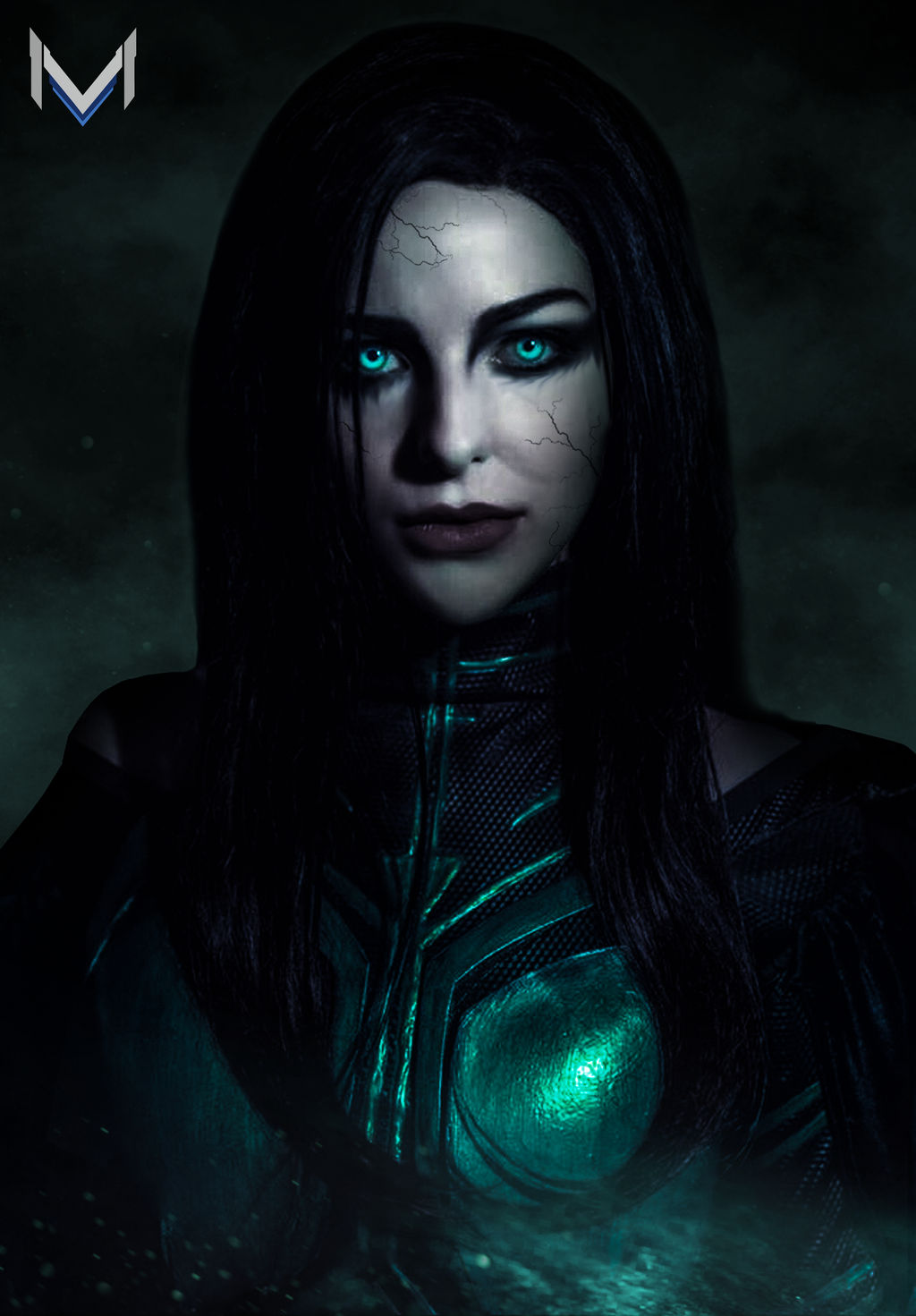 “I don’t want to fight your sister. That’s a family issue.” 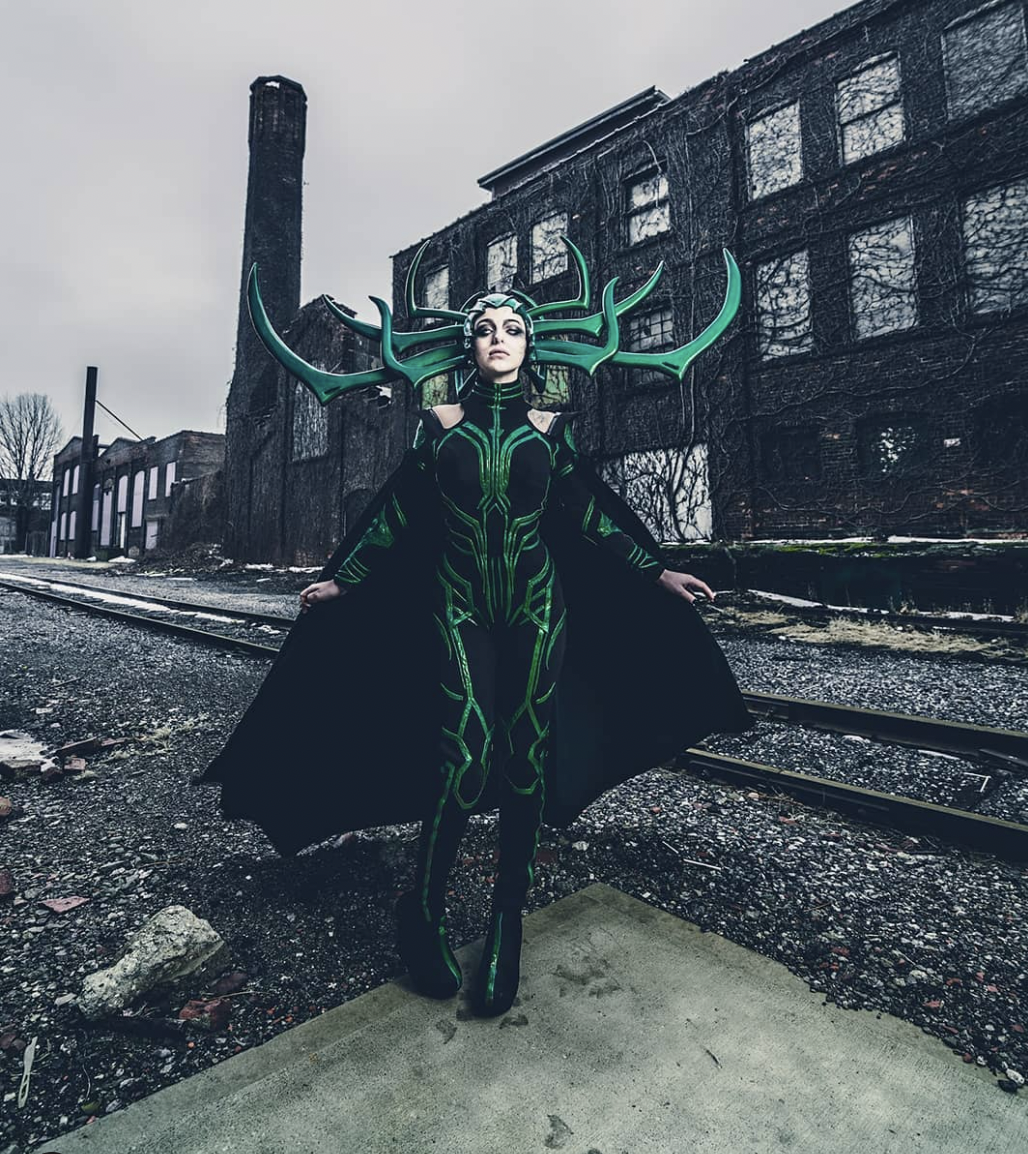 “Kneel.”
“Beg your pardon?”
“You must be Hela. I’m Thor, son of Odin.”
“Really? You don’t look like him.”
“Perhaps we can come to an arrangement?”
“You sound like him. Kneel…before your queen.”
“I don’t think so. It’s not possible..
“Darling, you have no idea what’s possible…”―Hela, Loki and Thor 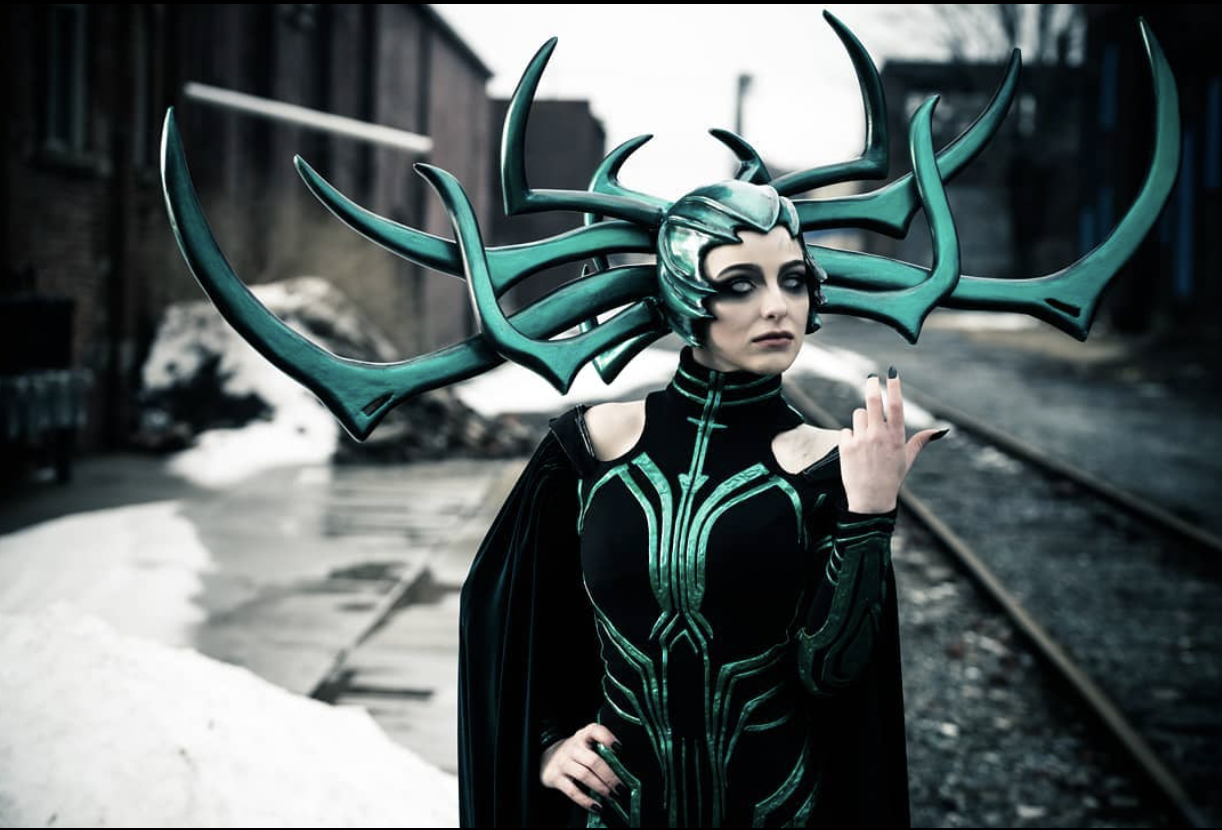 “It’s come to my attention that you don’t know who I am. I am Hela. Odin’s firstborn. Commander of the legions of Asgard. The rightful heir to the throne and the Goddess of Death. My father is dead. As are the princes. You’re welcome.” 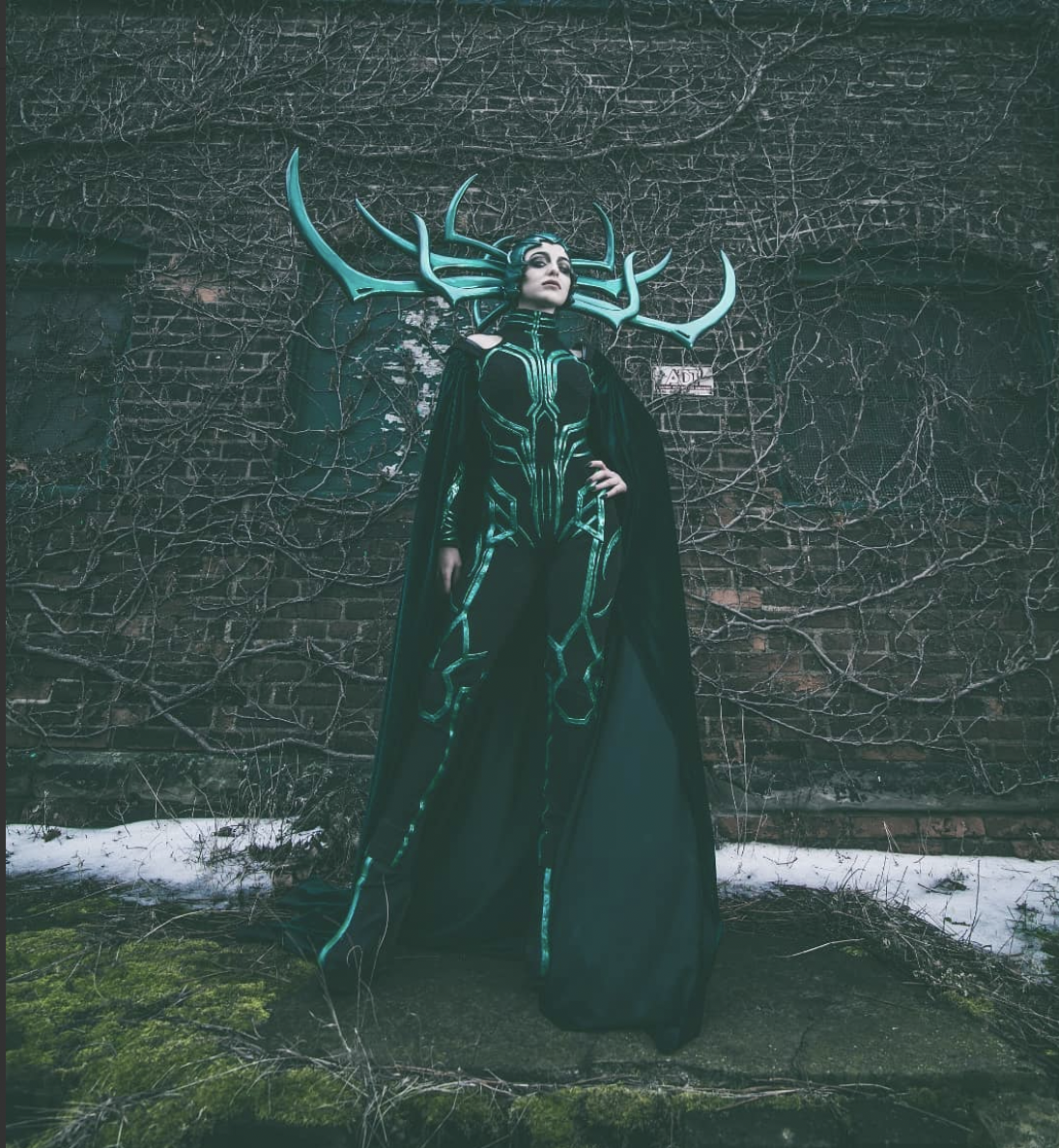 “We were once the seat of absolute power in the cosmos. Our supremacy was unchallenged. Yet Odin stopped at Nine Realms. Our destiny is to rule over all others. And I am here to restore that power. Kneel before me and rise into the ranks of my great conquest.” 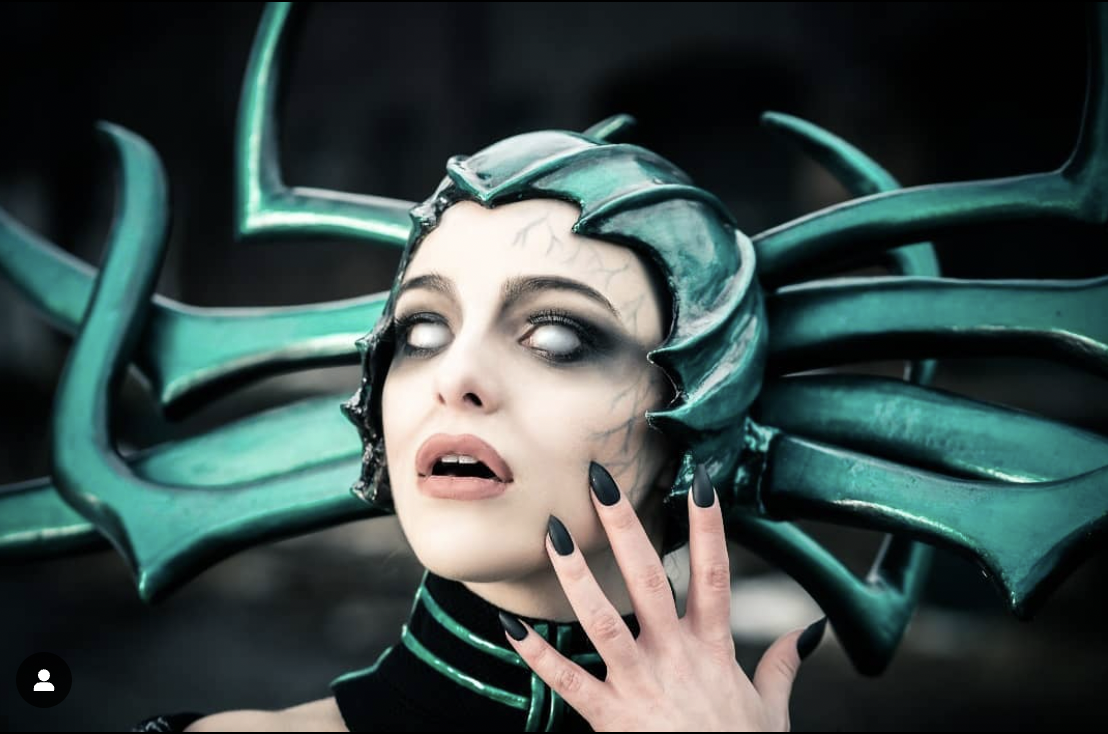 “Oh, I’ve missed this! Still, it’s a shame. Good soldiers dying for nothing all because they couldn’t see the future. Oh, look. Still alive. Change of heart?” 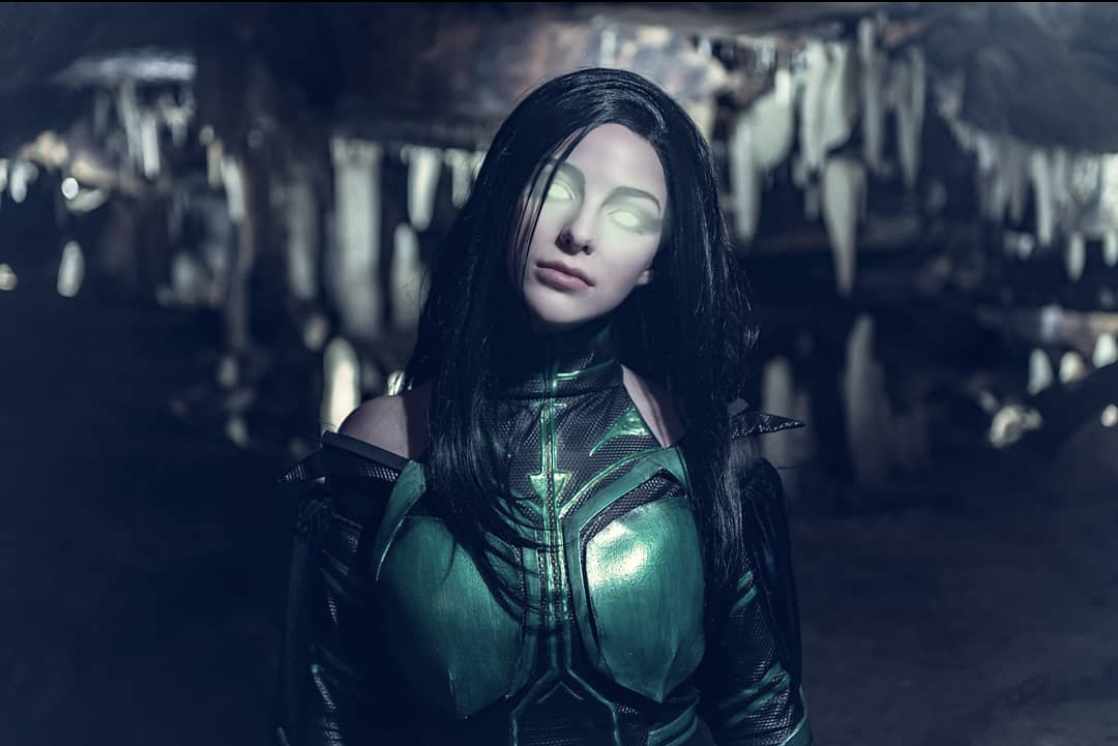 “You’re still alive.”
“I love what you’ve done with the place. Redecorated and everything.”
“It would seem our father’s solution to every problem was to cover it up.”
“Or cast it out. I would love for someone else to rule but it can’t be you. You’re just… the worst.”
“Okay. Get up. You’re in my seat.” -Hela and Thor

“And you said that your sister and your dad…”
“Both dead.”

Author: Jennifer Larsen
Jennifer aka "Mayhem's Muse" is the Cosplay Editor for BoLS and manages Ad Sales and Communications. Her cosplay awards include the RTX Judge's Choice Award and Dragon's Lair Austin's Cosplay Symposium. Jennifer has been a Cosplay Guest Judge at RTX, Tacticon and Genghis Con in Colorado. She regularly attends conventions to cover cosplay for BoLS. Her cosplay work has been featured in publications such as Girls Who Love Monsters, Geek Fuel, and Renaissance Magazine. Jennifer has modeled in the Her Universe Fashion Show, Precision Camera's yearly Precision Camera University, and has taught several workshops for photographers about partnering with cosplayers and creative muses/models. Jennifer is a lifelong enthusiast of retro video games and loves Dungeons & Dragons, urban fantasy, tabletop games, VR technology, and historical archery. She has set National Records through USA Archery’s Traditional Division for Asiatic Bows and earned 4th Place in the World Nomad Games in Kyrgyzstan in 2018 for Women’s Korean Archery. Jennifer is currently studying for her Masters's Degree in Organizational Leadership.
Advertisement
Action Movies Comics Cosplay Disney Marvel Movies and TV Pop Culture
Advertisement