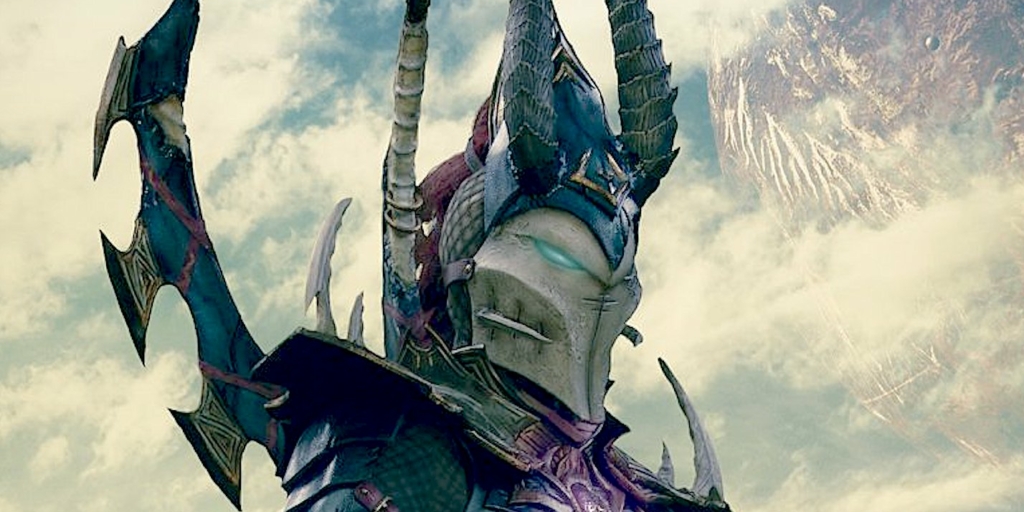 All fear him, this “Master of Blades”, and this week we are in awe of this Drazhar Cosplay.

The Warhammer universe is vast, filled with myriad armies and eons of lore. The Eldar shine the brightest with their elegant lines and gorgeous colors. With this in mind, we are diving into the lore of the Dark Eldar, the Drukhari assassin Drazhar Cosplay. 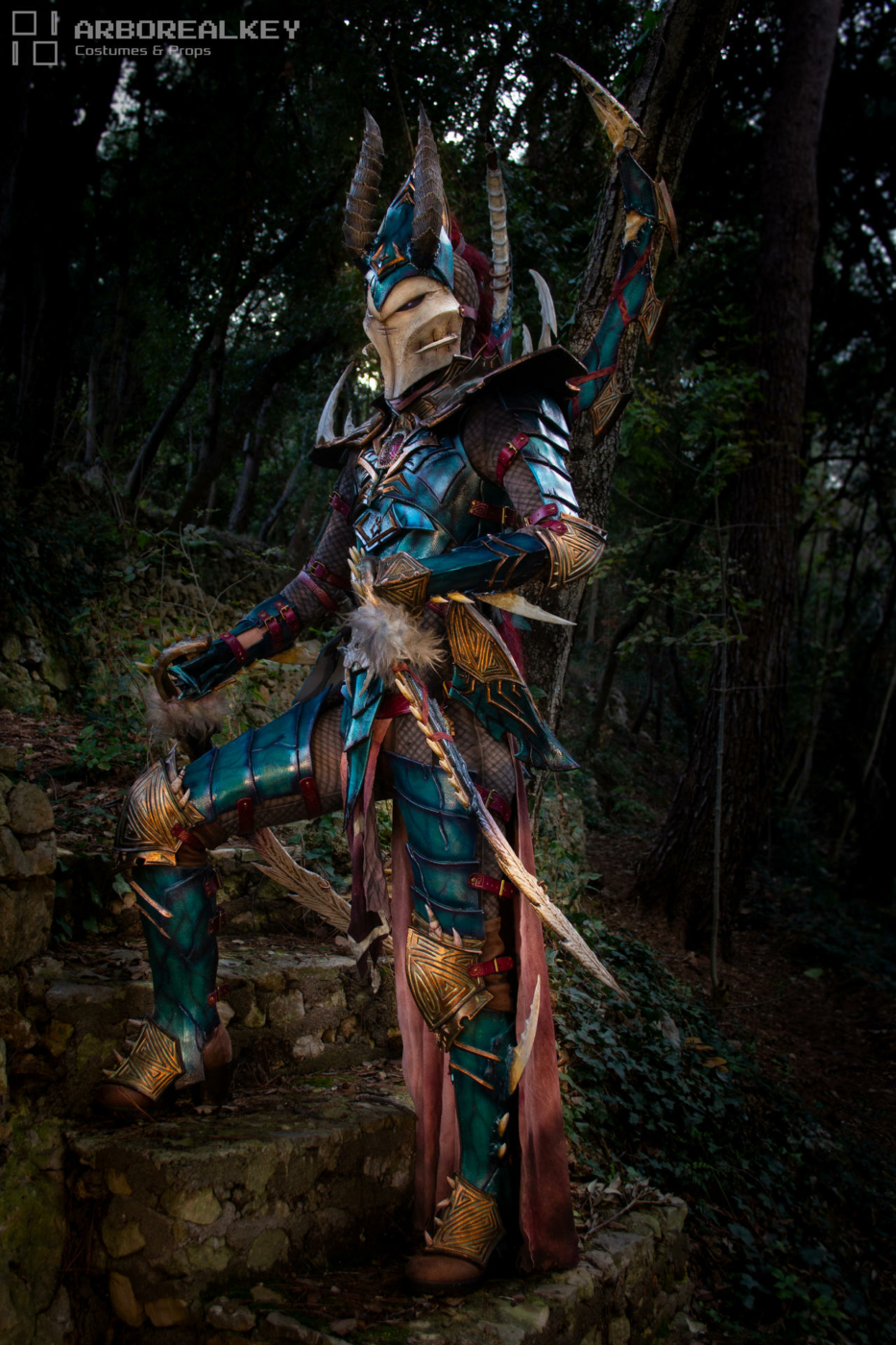 We have covered the works of ArborealKey before. Her gorgeous Visarch cosplay is a thing of wonders, and is one of the only instances of Ynnari cosplay we have seen. Similarly, her love of the Eldar is obvious in the cosplay constructions she undertakes- her work with the Drukhari is no exception to this beautiful execution. This week we discover her Drakhar cosplay. 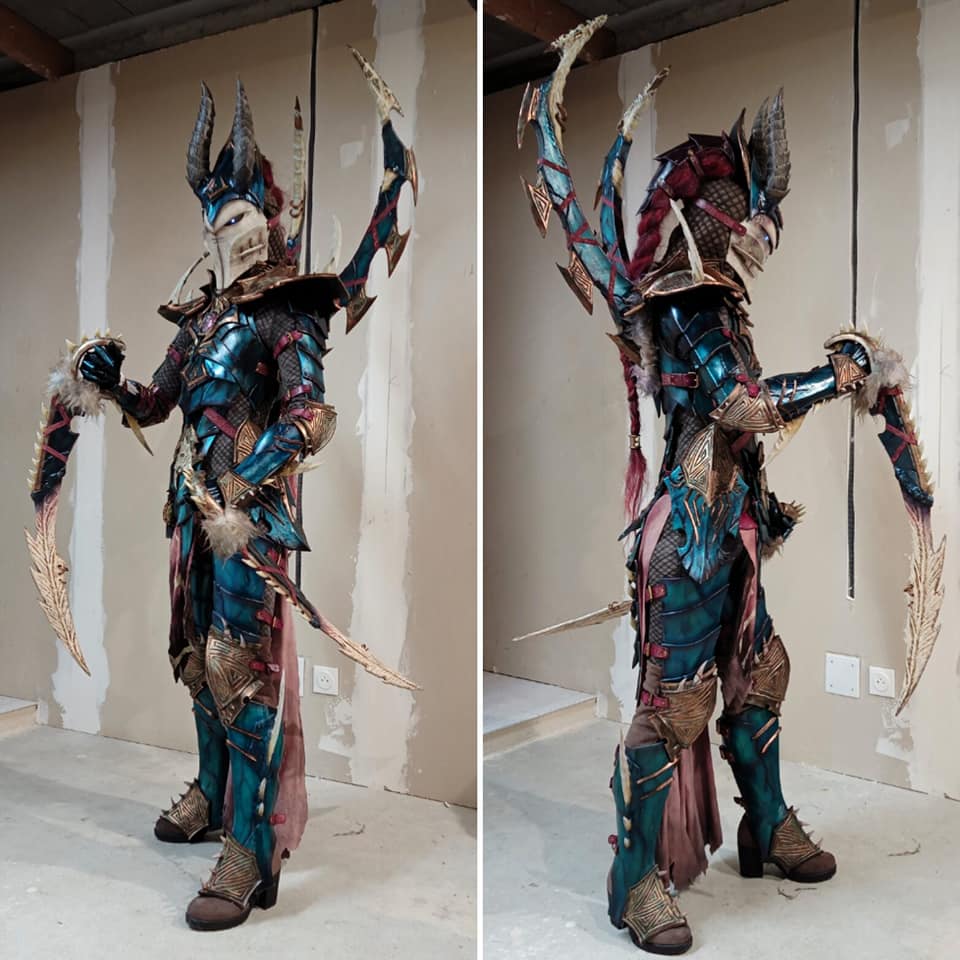 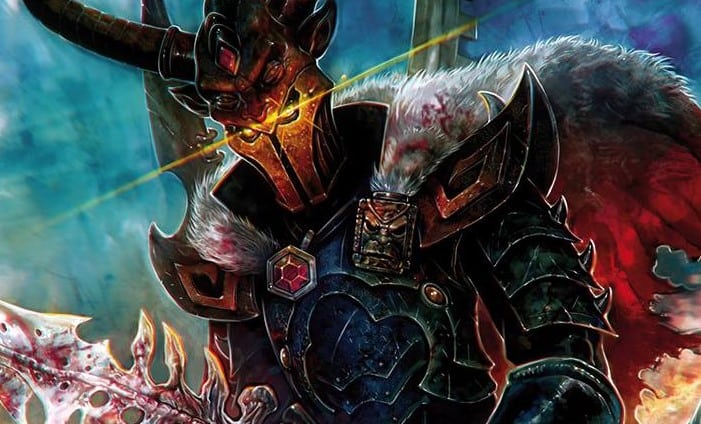 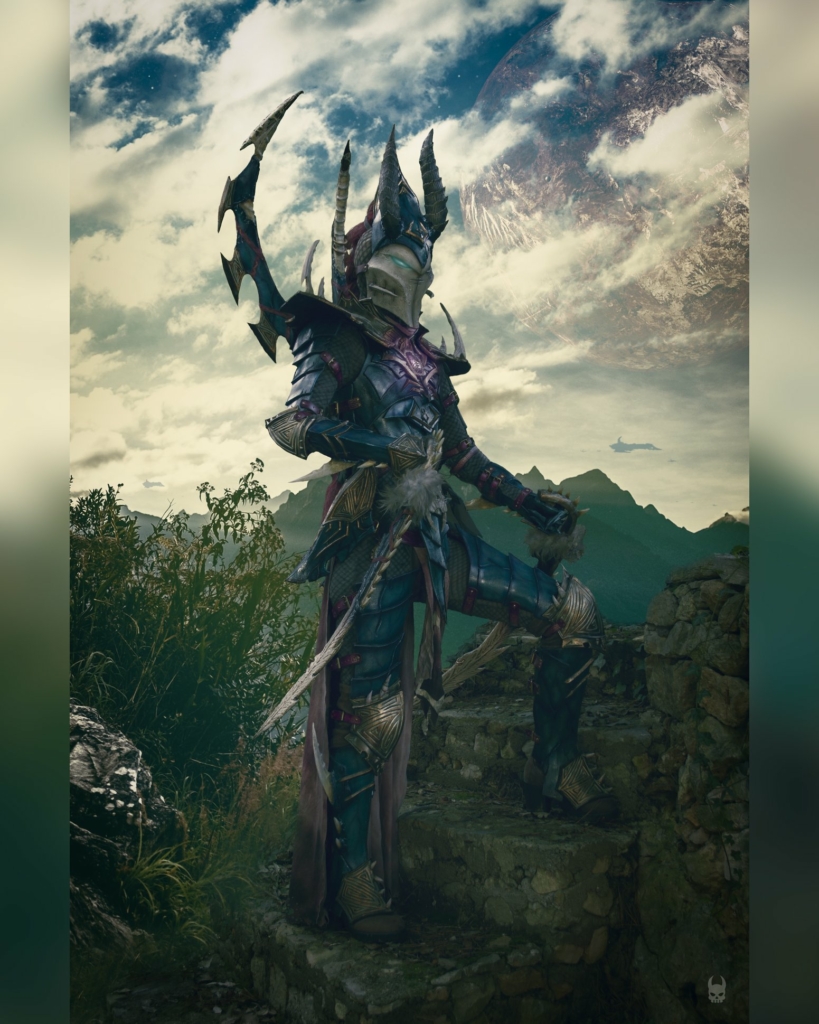 “Though his aptitude for murder is legendary, my interest in Drazhar lies elsewhere. None of the Drukhari whose minds I have seen know what he is or where he came from. But they do fear him, and rightly so. I suspect even the mighty Vect questions what this silent executioner is capable of. Could it be true that he is but dust encased in armour, like my own accursed brothers — and if so, is there a way that I can bend him to my will? I must be patient in this regard, but time will tell.“ 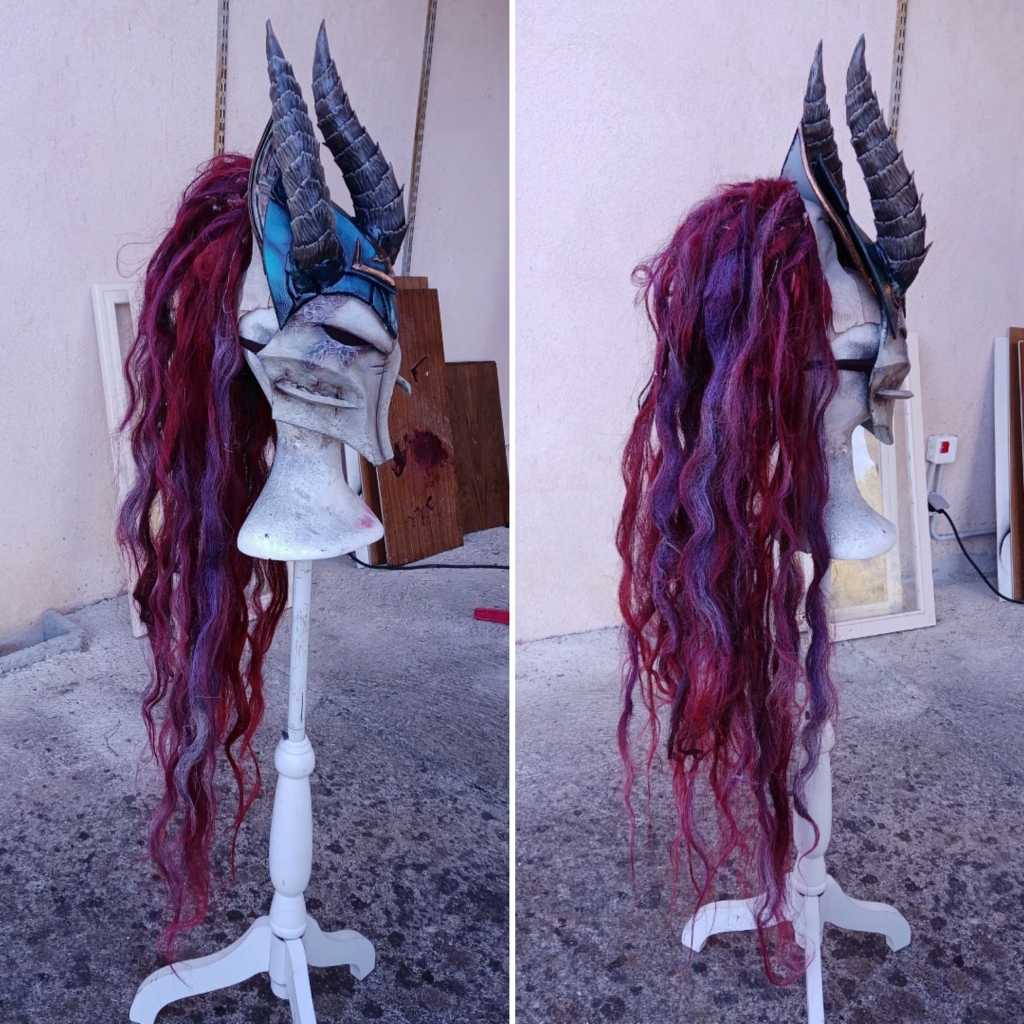 “Amongst the insular ranks of the Drukhari Incubi, Drazhar remains an enigma… He entered the Great Shrine of the Incubi unannounced and unbidden, clad in ancient segmented armour of a senior member of their order. He proceeded to cut his way through into the inner sanctum, leaving a trail of dismembered hands and fallen blades on the flagstones.” 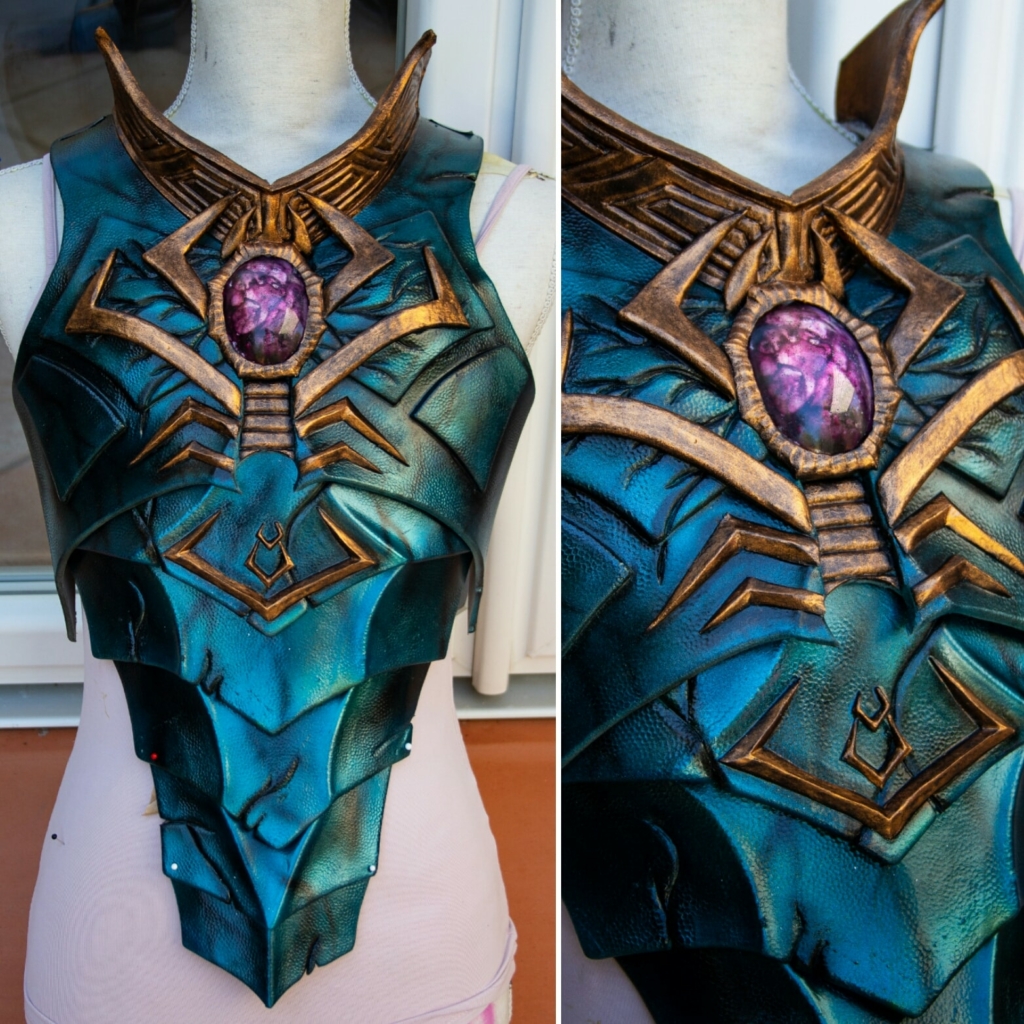 “When Drazhar approached the shrine’s enthroned Hierarch, he saluted him in challenge.” 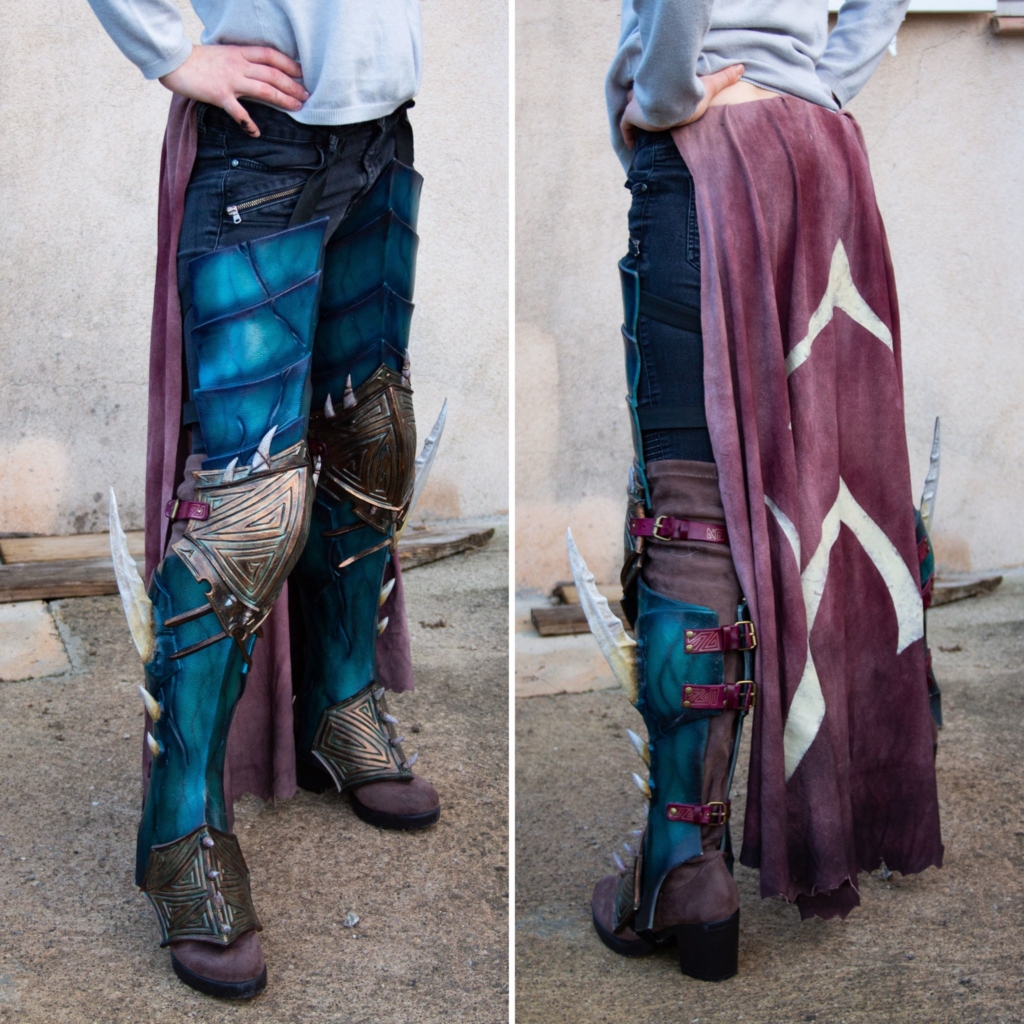 “Enraged at the upstart’s contempt for proper protocol, the Hierarch rose from his throne, entered the candlelit dueling circle and assumed a battle stance.” 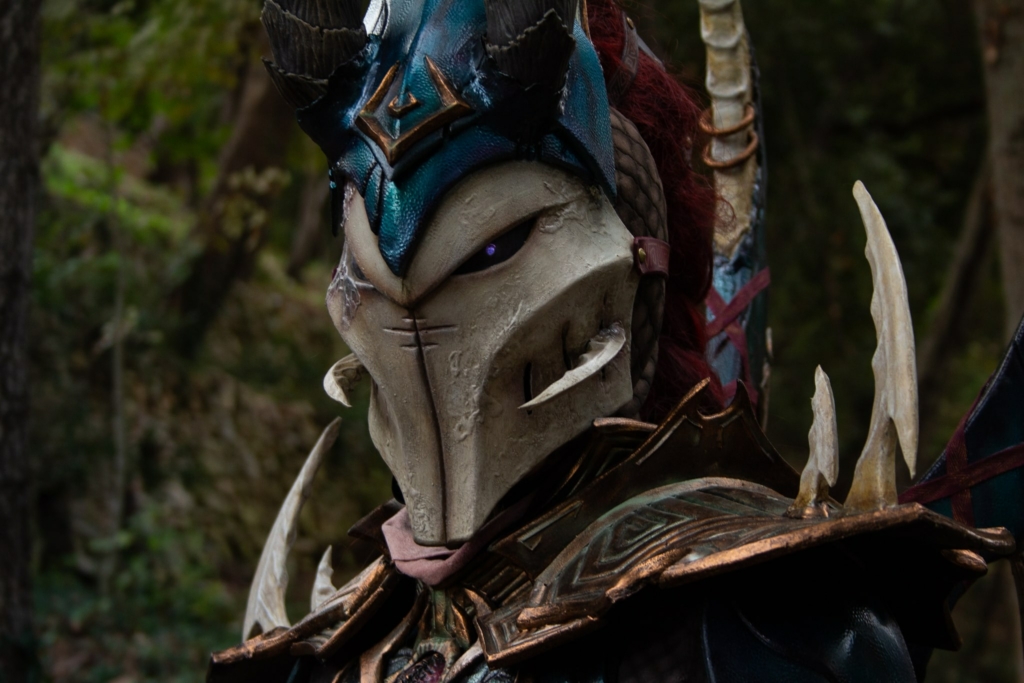 “The Hierarch’s overconfidence and smug superiority quickly evaporated when the challenger launched himself with deadly mantis-like speed, striking with his Demi-klaives in a furious assault.” 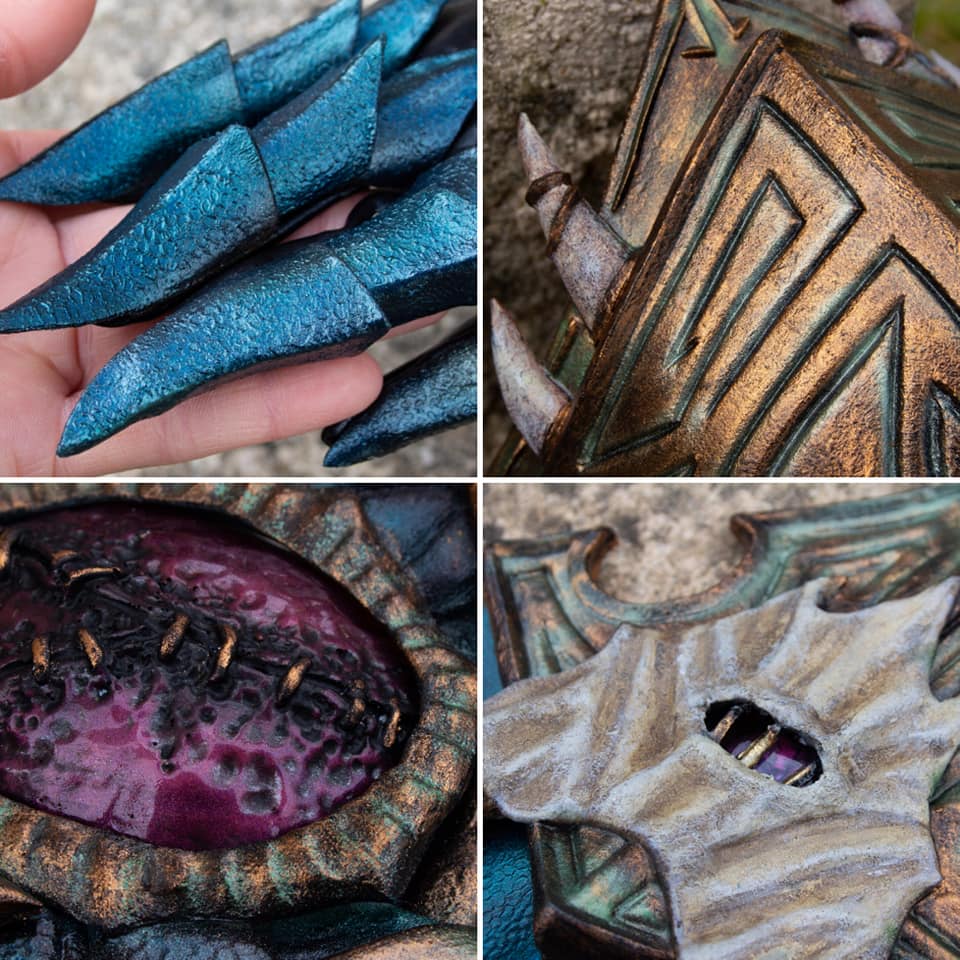 “Within Terran minutes the duel was over, and the newcomer stepped over the Hierarch’s dismembered body. The challenger was entitled to take the throne by all rights… Drazhar merely cleaned his blade of the Hierarch’s blood and made a simple bow.” 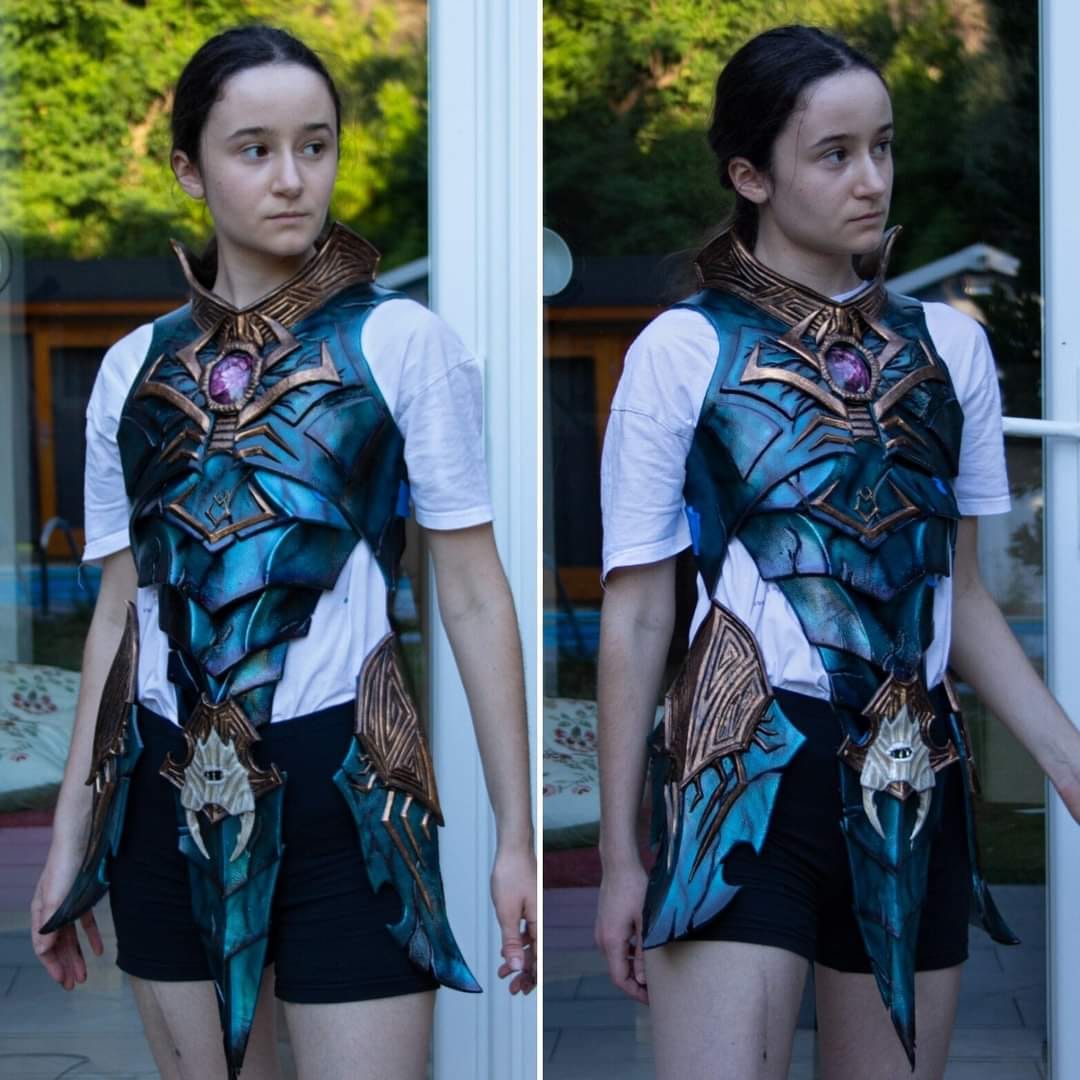 “The mysterious appearance of this upstart gave rise to circumspection, many wild theories and unanswered questions. It was soon confirmed within a matter of solar weeks that none of the Incubi shrines across Commorragh had ever heard of Drazhar, or recognised his unique and ancient wargear.” 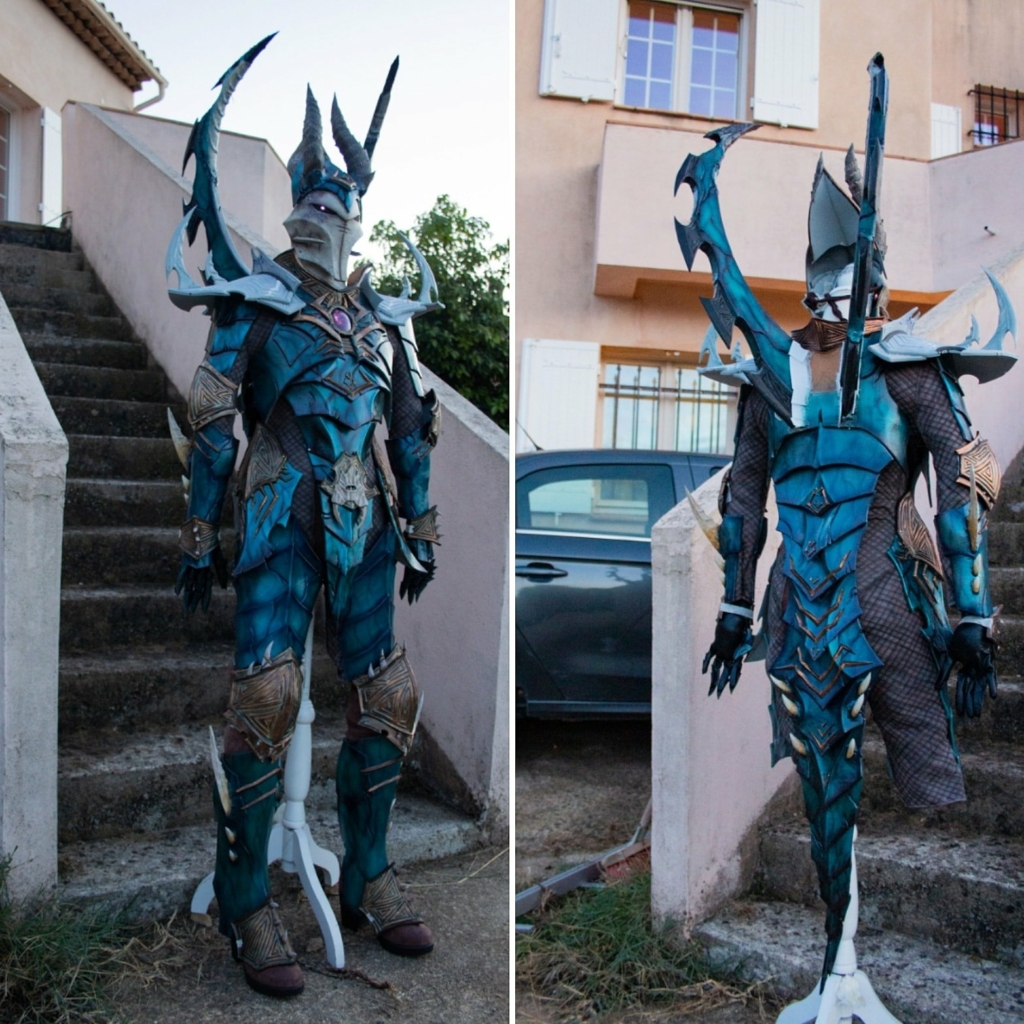 “Some whispered that he was actually Arhra, the fabled Dark Father of the Incubi incarnate and the Fallen Phoenix of the Asuryani Striking Scorpions Aspect Shrine.” 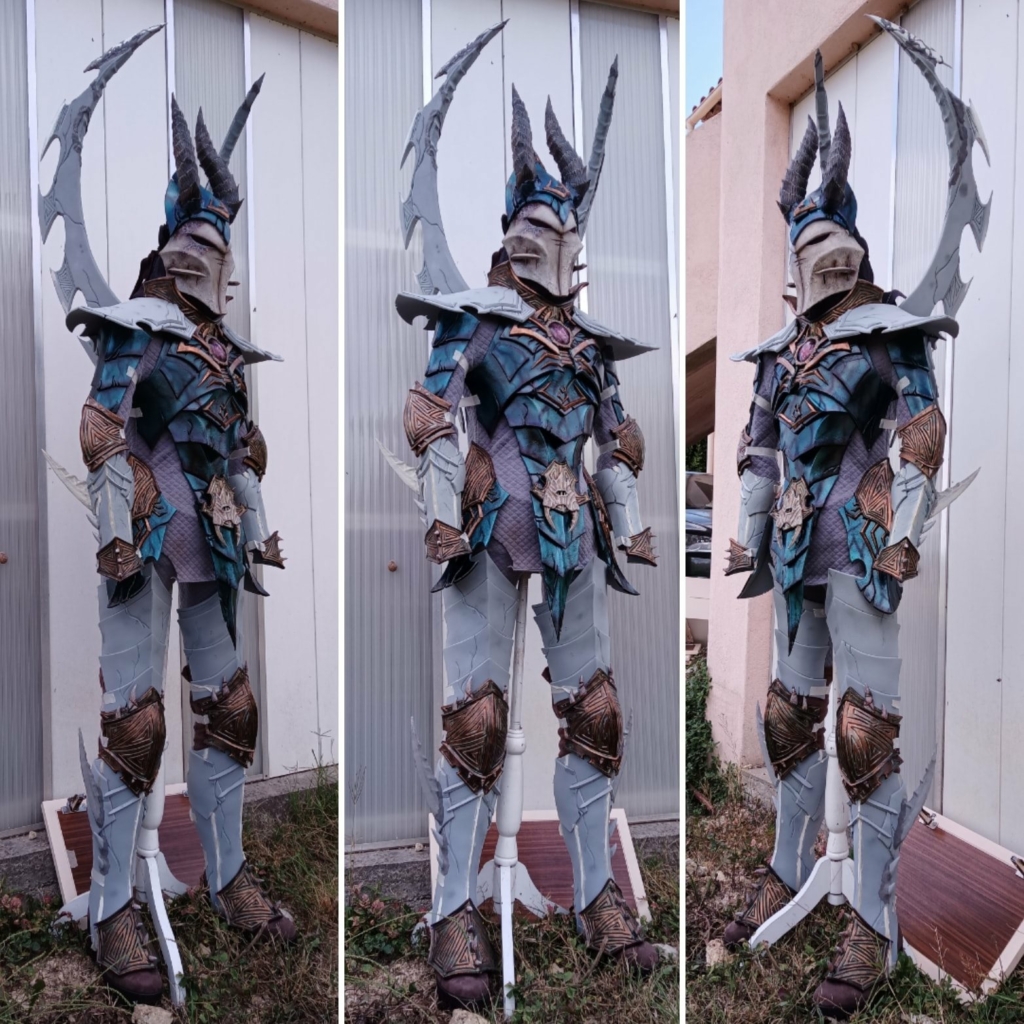 “Others say that his armour is merely filled with nothing more than bone-dust… No matter how skilled his opponents were, Drazhar always emerged victorious when challenged.” 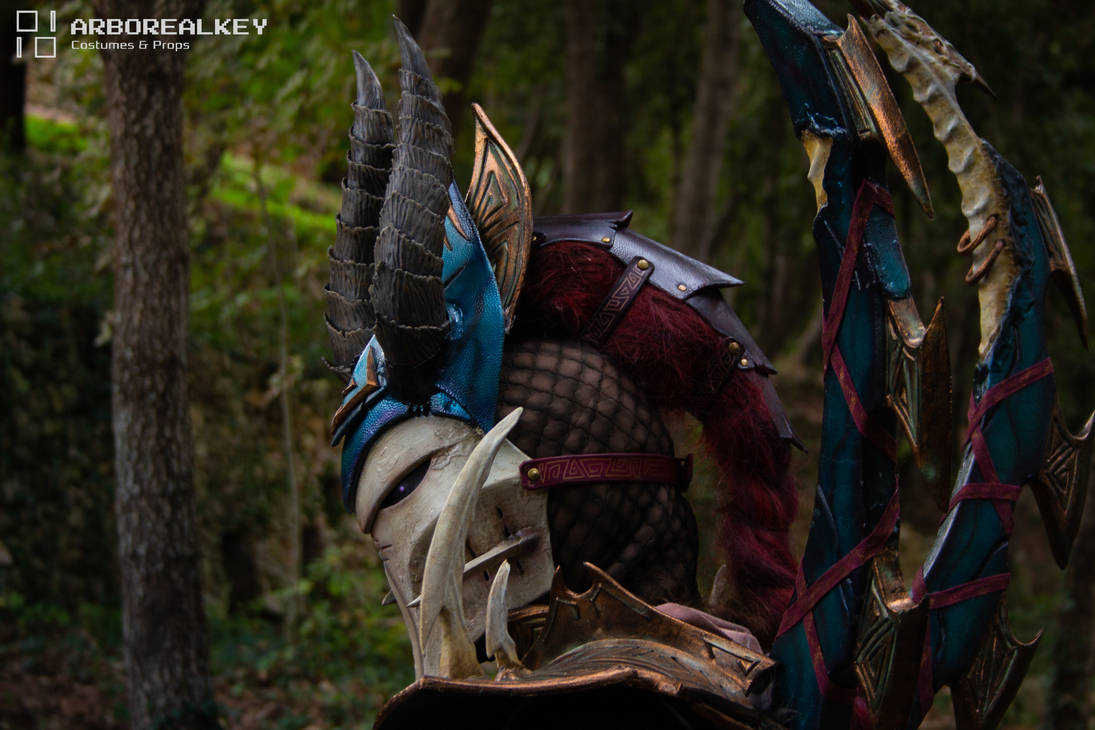 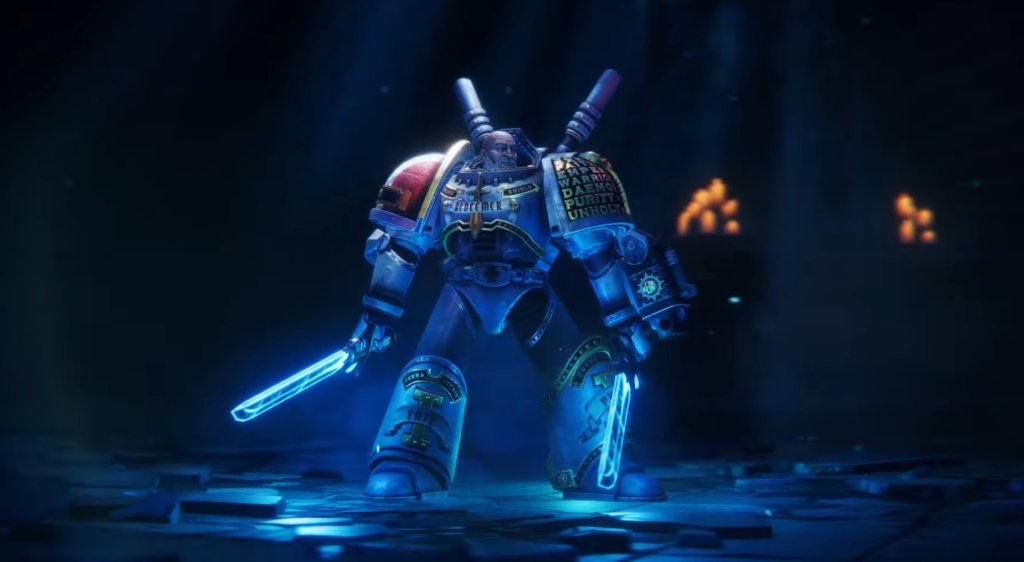