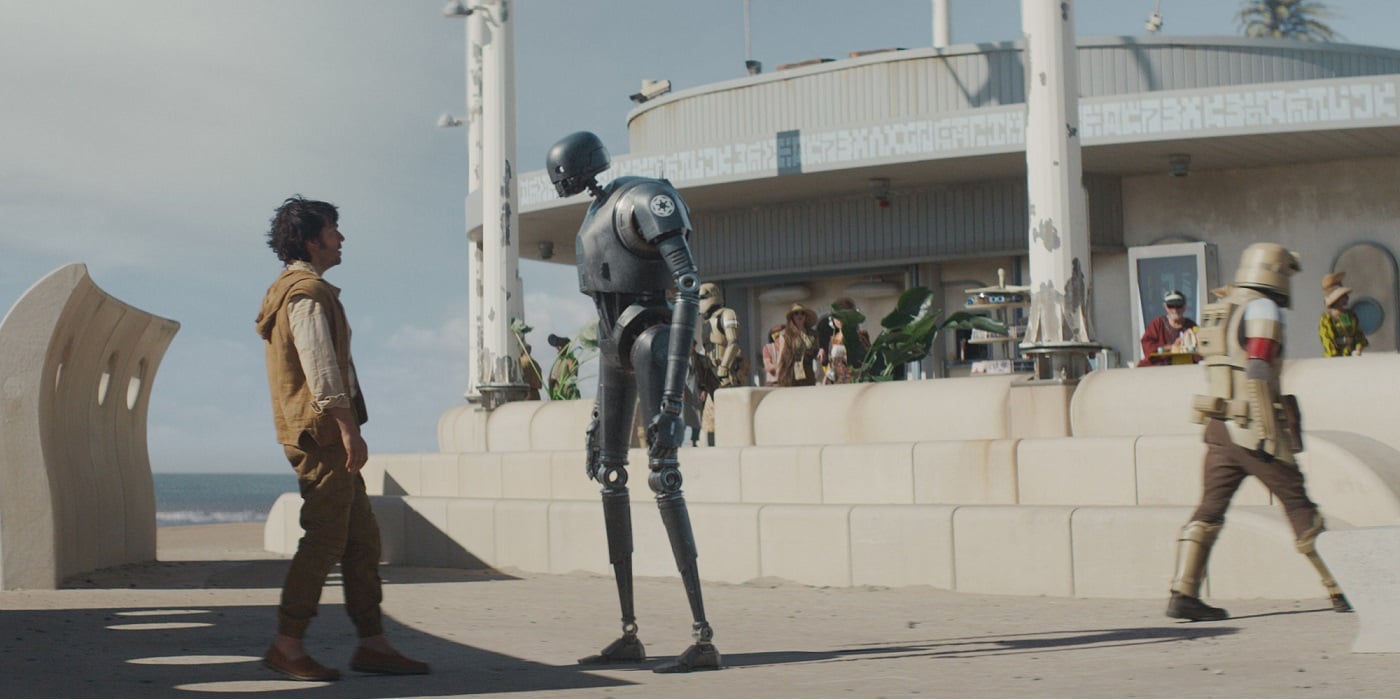 Things are ramping up around the galaxy, but we’re still keeping an eye out for all of the details, hints, references, and Easter Eggs.

After last week’s mostly successful heist, the galactic stakes have been raised on Andor. Most of this episode was down-to-business plot-driving. But amid all of the high-security doom and gloom, there are a few fun nods to other parts of the galaxy and Easter Eggs to uncover. 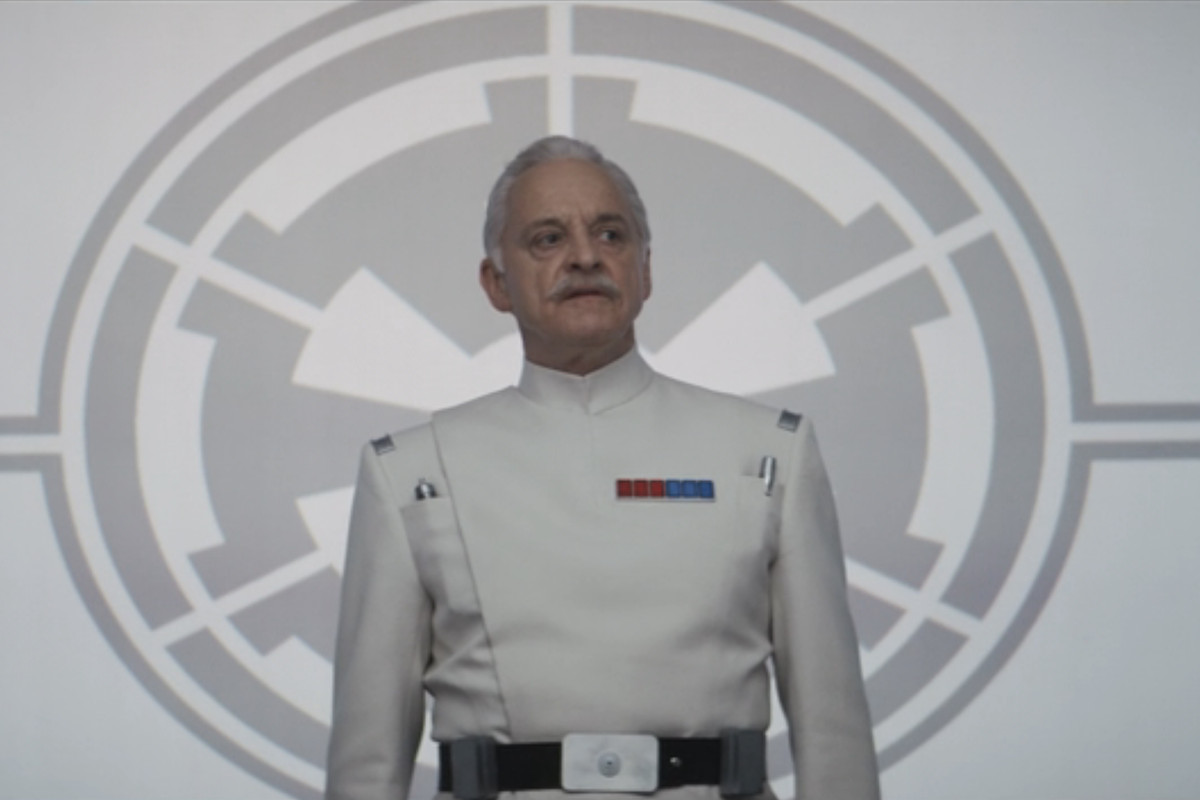 Conolel Yularen made an appearance in this episode, but if you haven’t been paying a borderline obsessive level of attention since 1977, you may have not recognized him. First appearing in A New Hope with a younger version of himself present throughout the Clone Wars animated show, Wullf Yularen went from Republic officer to Clone Wars admiral to naval officer for the Galactic Empire and eventually a colonel for the Imperial Security Bureau. He’s been around for a while and worked directly alongside Anakin Skywalker and then became one of the most trusted of Emperor Palpatine‘s ranks before being killed during the Battle of Yavin. His making an in-person appearance is a pretty big deal in-universe.

Andor has been shockingly lacking in Stormtroopers. We usually expect to see a ton of them and so far have seen a small smattering. But episode 7 is where they all decide to show up. Likely representing the newly implemented security measures and general lockdowns on everything, we can see quite a few Stormtroopers doing rounds, harassing citizens, and generally being Stormtroopers. But not only are Stormtroopers around in number this week, we also get a glimpse of a few Shoretroopers. 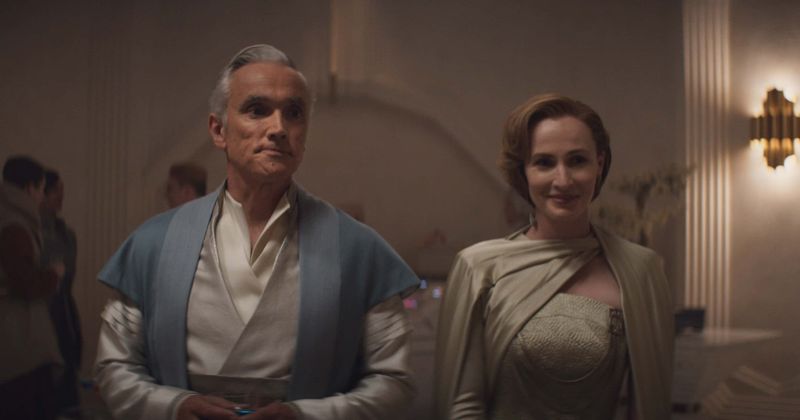 Mon Mothma spends some time at a party this week trying to subtly talk her old friend, Tay Kolma, into helping out the budding rebellion. Mon needs easier access to her family fortune to funnel into rebel activity and Tay is the old friend slash banker with no love for the Empire for the job. She references letting him in on a secret about herself that only three people in the galaxy know about, and if we’re assuming that Luthen and his aide are two of the people who know about her rebel side hustle, it’s safe to assume that Bail Organa is the third. We know that Bail and Mon started forming the earliest whispered plans of rebellion before the Empire officially rose to power, and it’s more than likely that the potential fourth person would have been the other person in the room during those conversations; Padme Amidala. Tragically, Padme died at the same time as the Republic.

This episode features a flashback to Andor’s earlier days and the death of his adopted father, Clem. We can’t say exactly when this scene takes place, but it can probably be narrowed down to a couple of month time frame judging by the Imperial use of Clone Troopers and not Stormtroopers. As seen on The Bad Batch, the Empire took almost no time between rising to power and doing away with the clone program in favor of transcripted soldiers. 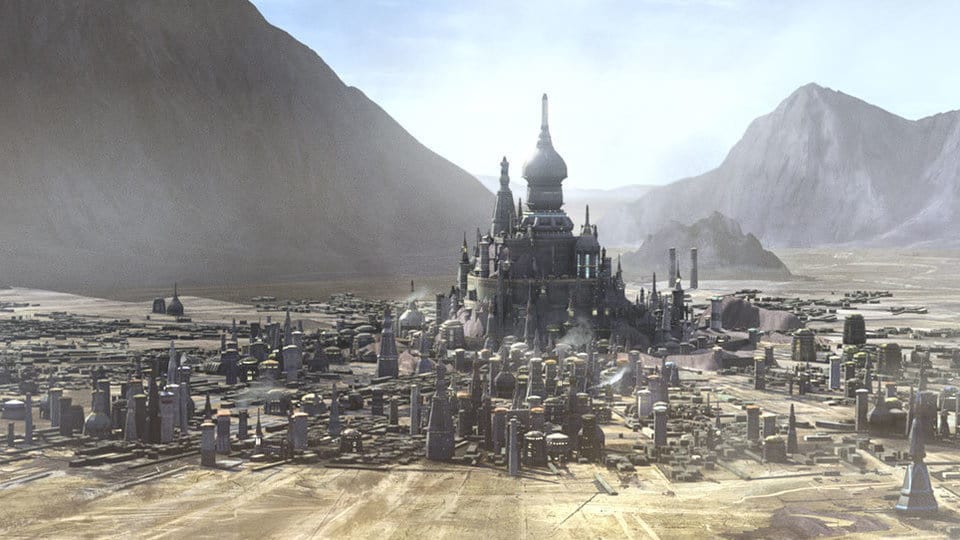 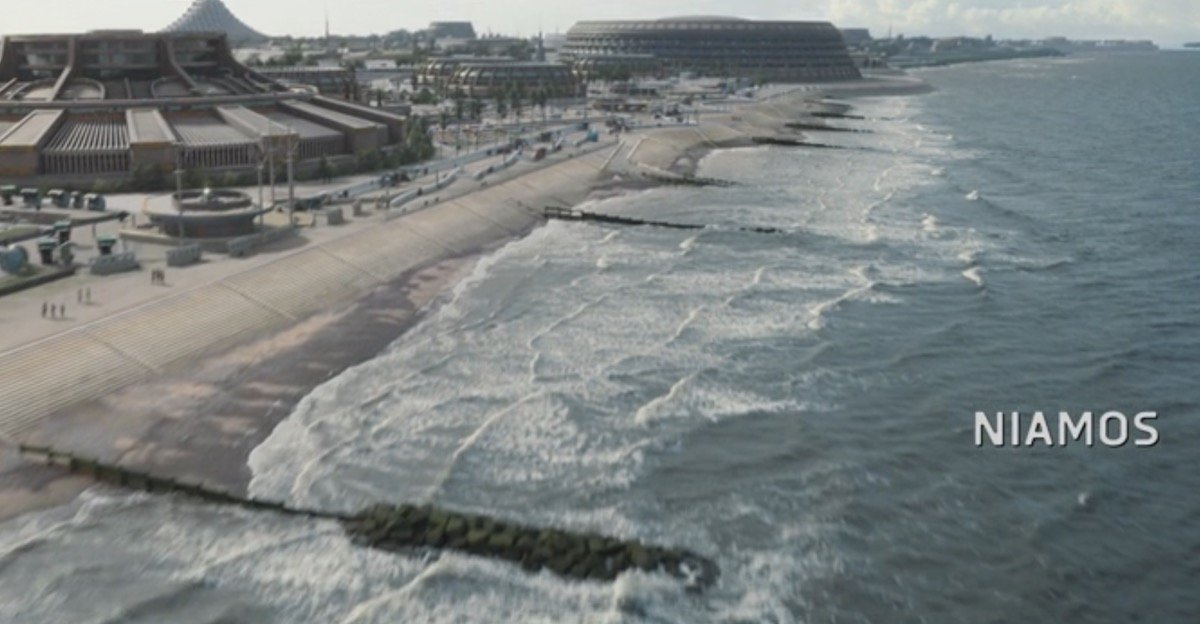 I grew up in New Jersey and this doesn’t look too dissimilar from the part of the shore we visited.

Complete with beaches, tourists, and troublesome kids, Naimos reads a lot like the spring break planet. On its own, this feels silly but not terribly meaningful not to Scarif later feeling like a fancy vacation planet. But the increased security measures mean that we see quite a few imperial Easter Eggs here towards the end of the episode. The aforementioned Shoretrooper gives Cassian a hard time before finally arresting him, but we also see probe droids and KX-series security droids. Cassian will later reprogram and befriend a KX droid and have the infamously sassy partner, K-2SO. And if they hadn’t loudly announced that K-2 wouldn’t be in the first season of Andor, this may have been a briefly exciting moment for fans of the movies but not the comics. But instead, it was just an absolute gut punch of an end of a vacation for Cassian.

What did you think of this episode of Andor? What details or Easter Eggs did you notice that we didn’t mention? Where do you think the season will go from here? Let us know in the comments! 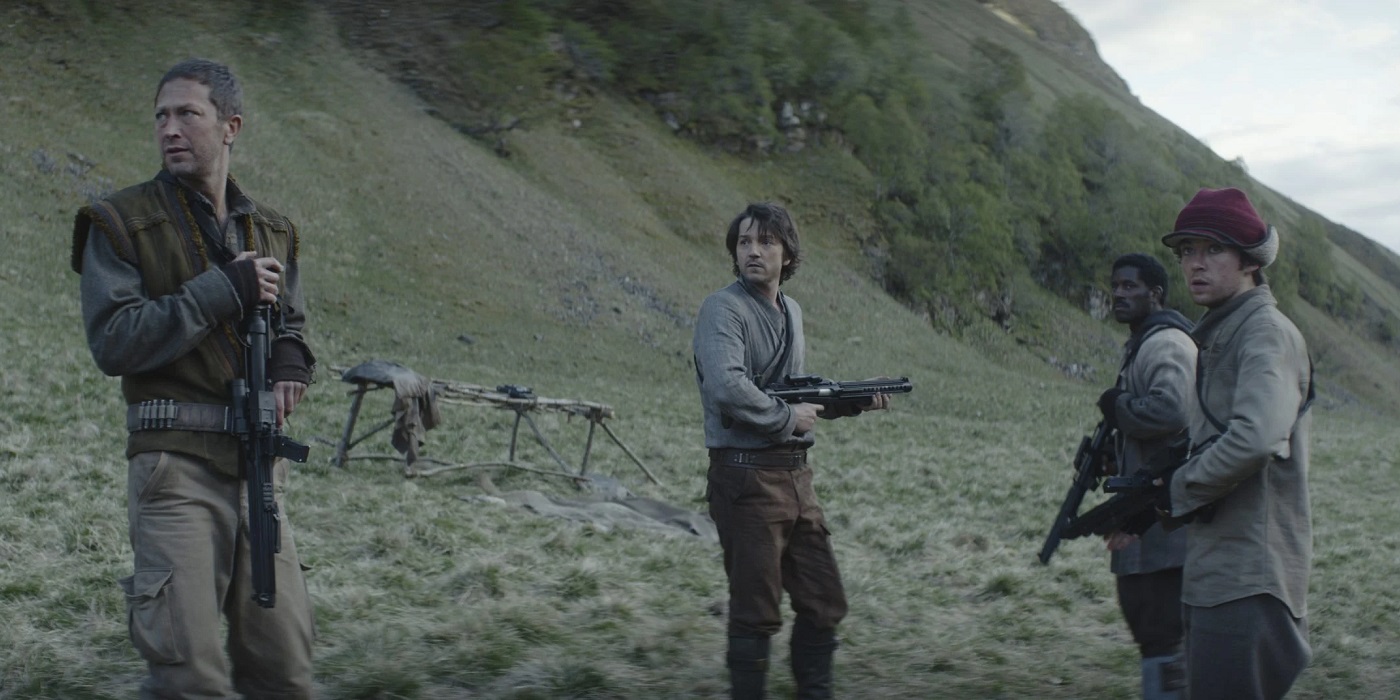