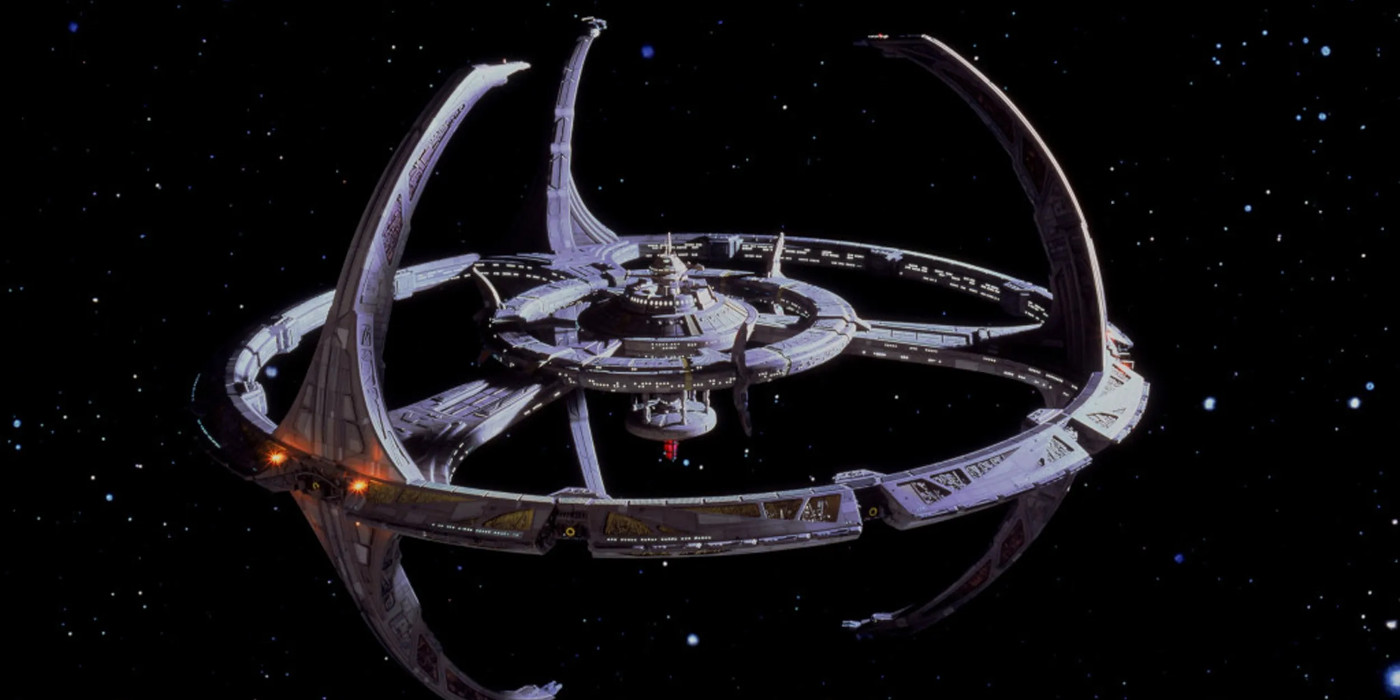 It’s January 1993. ‘The Bodyguard Soundtrack’ is still number one on the Billboard charts. Aladdin is still top of the box office. And, for the purposes of our discussion today, Star Trek: The Next Generation gets a spin-off: Star Trek: Deep Space Nine.

DS9 is notably different from TNG right away for several reasons. It’s set on a space station instead of a starship. It sets up an ongoing, serialized narrative rather than focusing on episodic storytelling. And, unlike “Encounter at Farpoint” the pilot episode for DS9 “Emissary” is actually good.

In fact, “Emissary” is better than good. Thirty years since its first transmission, “Emissary” is still the best pilot episode Star Trek has ever had. And, so, to celebrate the show’s thirtieth birthday, we’re going to focus on a few of the reasons why DS9’s debut episode retains its status as the absolute god tier, greatest of all time. 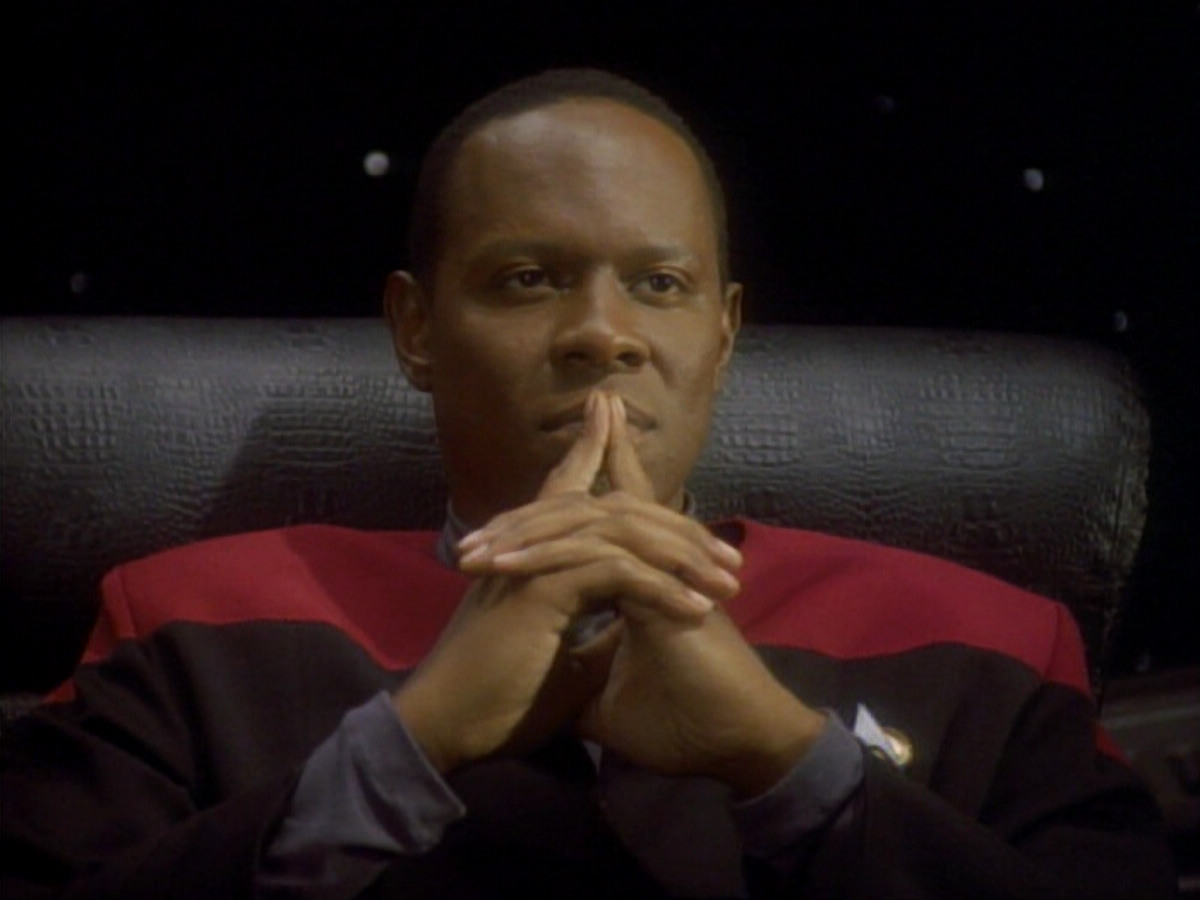 If you don’t have the time to watch a two-part episode before reading an article, that is fair. Here’s the basic plot of “Emissary” if your memory needs jogging.

Three years after Commander Benjamin Sisko’s wife dies during the battle against the Borg at Wolf 359, he and his son Jake move to Ben’s new assignment: Deep Space Nine. The space station hangs near a non-Federation world called Bajor which spent the last 60 years fighting an oppressive occupation by the Cardassian Empire. Now it’s up to Sisko to work with Bajor’s provisional government to bring them into the Federation.

Unfortunately, Bajor is not ready for prime time. Deep Space Nine is in disrepair and the non-Bajoran residents are packing up to leave because they smell genocide on the horizon. But Bajor’s spiritual leader Kai Opaka believes Sisko is an emissary who will reunite the Bajoran people with their gods, the prophets.

And Kai Opaka is technically correct! Sisko discovers the only stable wormhole in existence which leads to the mysterious Gamma Quadrant. Inside the wormhole are timeless aliens the Bajorans see as gods. Deep Space Nine moves itself to the mouth of the wormhole (with a little help from its new crew) granting Bajor stability it has not seen in over half a century.

Now let’s talk about the particulars of what makes “Emissary” so great. 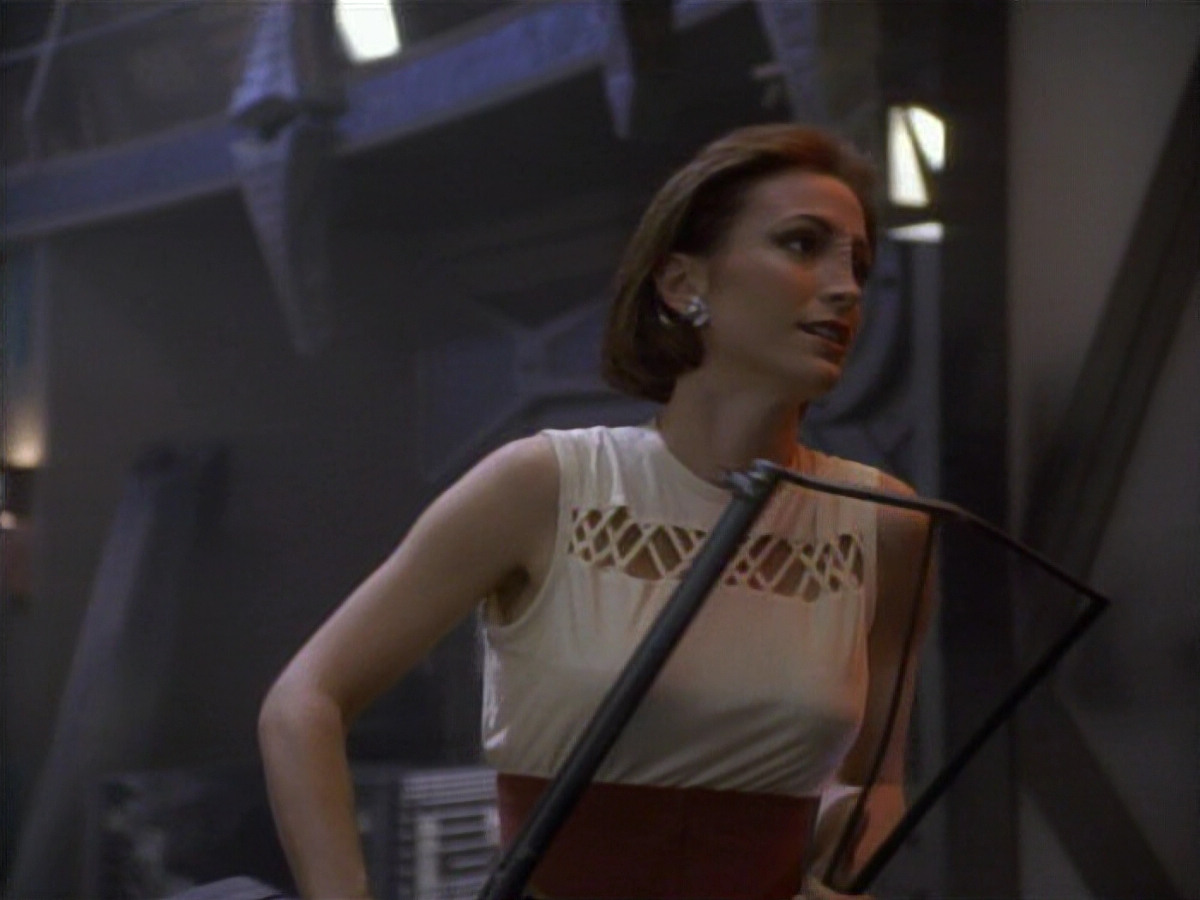 The original Enterprise is a powerhouse vessel. The Enterprise-D is literally Starfleet’s flagship. Deep Space Nine is a hollowed-out, abandoned airport on the butt end of space. And the way that’s set up in “Emissary” is so smart.

The Cardassians purposefully leave their former station in tatters as an intergalactic middle finger to Sisko and Starfleet. But that means Sisko gets to test his meddle by literally picking up broken pieces of the station and manually putting it back together with Major Kira and the rest of his Bajoran staff.

Prior to this, Starfleet is a noble thing that everyone wants to be a part of. What makes “Emissary” great is that we get to watch in real-time as everyone learns why Deep Space Nine is worth it because it’s not immediately obvious. O’Brien argues with the station computer but he gets it to move the station to the mouth of the wormhole. Sisko’s blackmail against Quark keeps the local bar open. And eventually, people remember there’s still a community worth being a part of.

Gene Roddenberry didn’t want conflict between humans on Star Trek, but conflict is where great stories live. Sisko practically decks Jean-Luc Picard because Sisko blames him for Jennifer’s death. And that fire sets an important distinction. On Deep Space Nine the stakes are real and tomorrow is promised to no one. 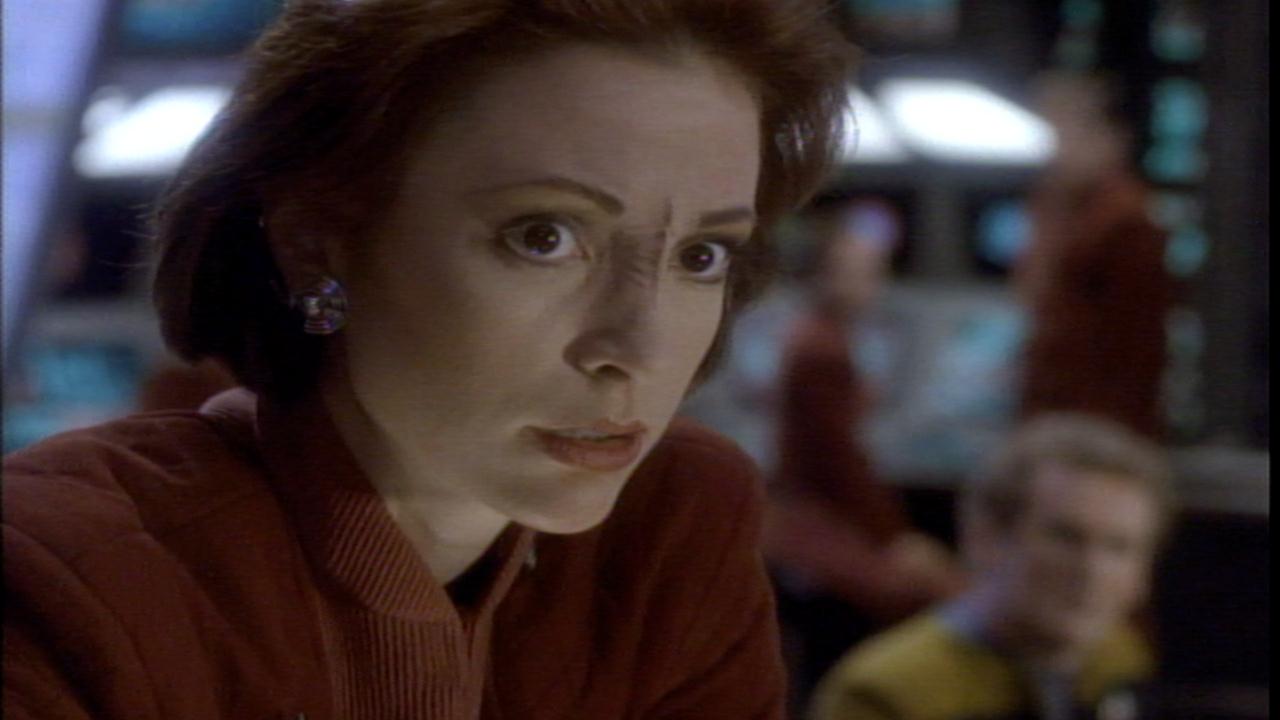 Julian Bashir. Bless. He’s such a perfect representation of why Starfleet can’t just waltz into Deep Space Nine and expect to be treated like heroes. When he calls his new post the frontier, he ruins afoul of Major Kira Nerys. For Nerys that “frontier” is home – and she has no patience for Dr. Bashir.

Again, it’s the conflict that makes Deep Space Nine great. Of course, a young doctor looking to make his mark is going to screw up. And Kira has this beautiful way of being so right and so mean about being right to Julian.

As for the “simple folk” of Bajor, their situation is anything but simple. Instead of a monolithic species like we usually see on ‘Star Trek’, no two Bajorans see eye to eye. And there’s a good reason for that. After over half a century of Cardassian occupation, they don’t know how to function on their own. All they have is a provisional government and hope – and hope is in short supply.

Having Kira on the station working side-by-side with Starfleet means we get to hear about those dire circumstances a lot. As someone who used to fight as a rebel, Kira is not a natural fit as a liaison. And in “Emissary” we watch her try to bite, kick, and scream Bajor’s way to independence before she figures out a better way.

But Kira does find a better way by getting DS9 to the wormhole and making it part of a package deal with Bajor. It’s a cunning move from a former freedom fighter who might just make a better politician than she wants to. 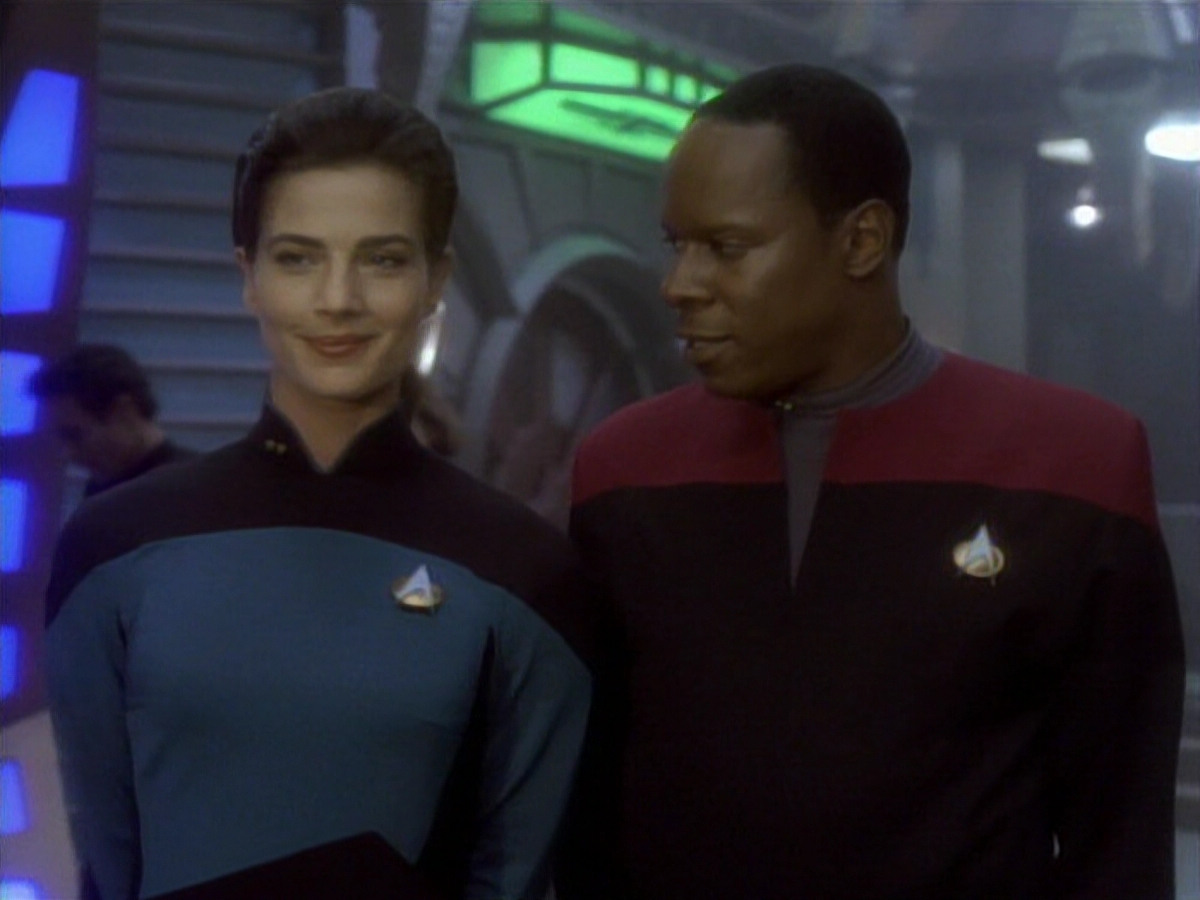 Deep Space Nine introduces characters whose identities are totally mutable from “Emissary” onward. Jadzia Dax is a Trill, two beings living as one. The Dax part has been men, women, young, old, parents, grandparents, and everything in between. All those identities, all those lives, live in Jadzia – so who is she really? The answer is that she might show a different side of the die from moment to moment.

To Sisko, Dax is an old mentor. In many ways, to Sisko Dax isn’t even a woman. But to someone like Julian Bashir, Dax is a potential lover and her appearance is what he sees first. There is nothing simple about Dax foundationally, inside or out. And we get a great glimpse of that in “Emissary” both through Bashir and Sisko’s rapport with Jadzia and through the flashback showing the moment Jadzia accepts the Dax symbiote.

Odo is even more complex in his duality. He’s a very rigid constable with hardline codes of conduct for himself and for everyone else on the station. But at the same time, Odo is a shapeshifter who can literally take on almost every form imaginable. So even though Odo has all these rules, he also has the ability to shift shape, be a trickster, and break conventions that no solid being could.

And we get all of that just in one episode. 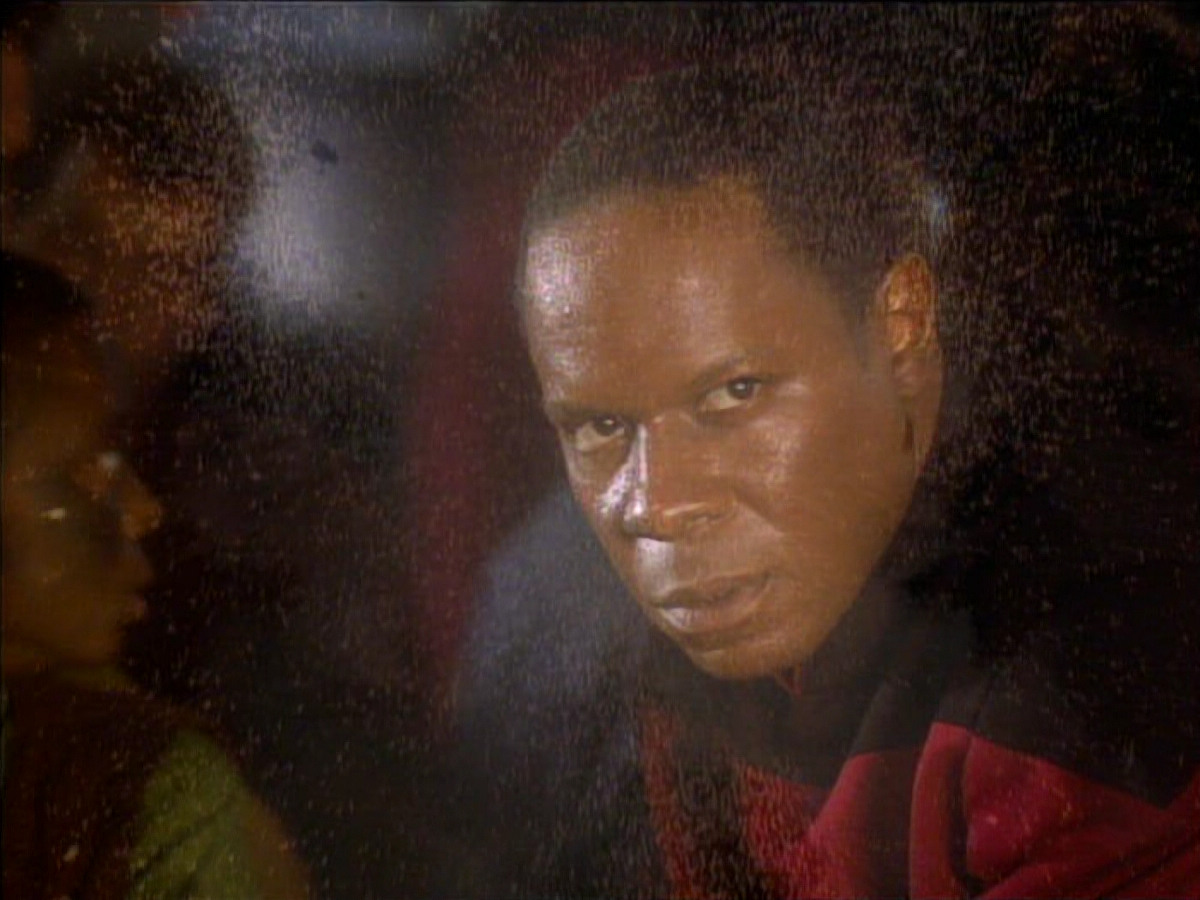 The wormhole aliens a.k.a. the Prophets do not exist within linear time. Not only do life and death hold no real meaning to them, but the very notion of time requires deep explanation. And Sisko is the one who has to explain it.

Sisko’s pitch is that mortal, linear life is good actually. He literally explains it by pitching a baseball and using the game as a metaphor. With each pitch, anything can happen. The batter might hit it or he might miss. With each pitch, the game unfolds and you won’t know how it’ll turn out until the game is over. And that’s the beauty of life: we learn and grow with each new experience. For all the pain of not knowing, there is infinitely more joy.

Throughout his whole time with the prophets in “Emissary” where he can exist anywhere in his own timestream, Sisko keeps coming back to the death of his wife Jennifer. It’s only when he asks the prophets why they keep bringing him here that they drop the bomb: he is the one responsible for reliving this moment over and over again.

For all his insistence that linear life is good, the prophets have Sisko dead to rights because he has never let go of this moment. Linear life is only good if you keep living. But Sisko stopped living the day Jennifer died. He chooses to exist in that moment – and that is not linear.

The use of sci-fi atemporal time shenanigans is the perfect vehicle to explain this simple idea: trauma and grief trap us like amber in our worst moments. And it’s only when Sisko, or any one of us, sees that the only hope in dealing with incalculable loss is to accept it. 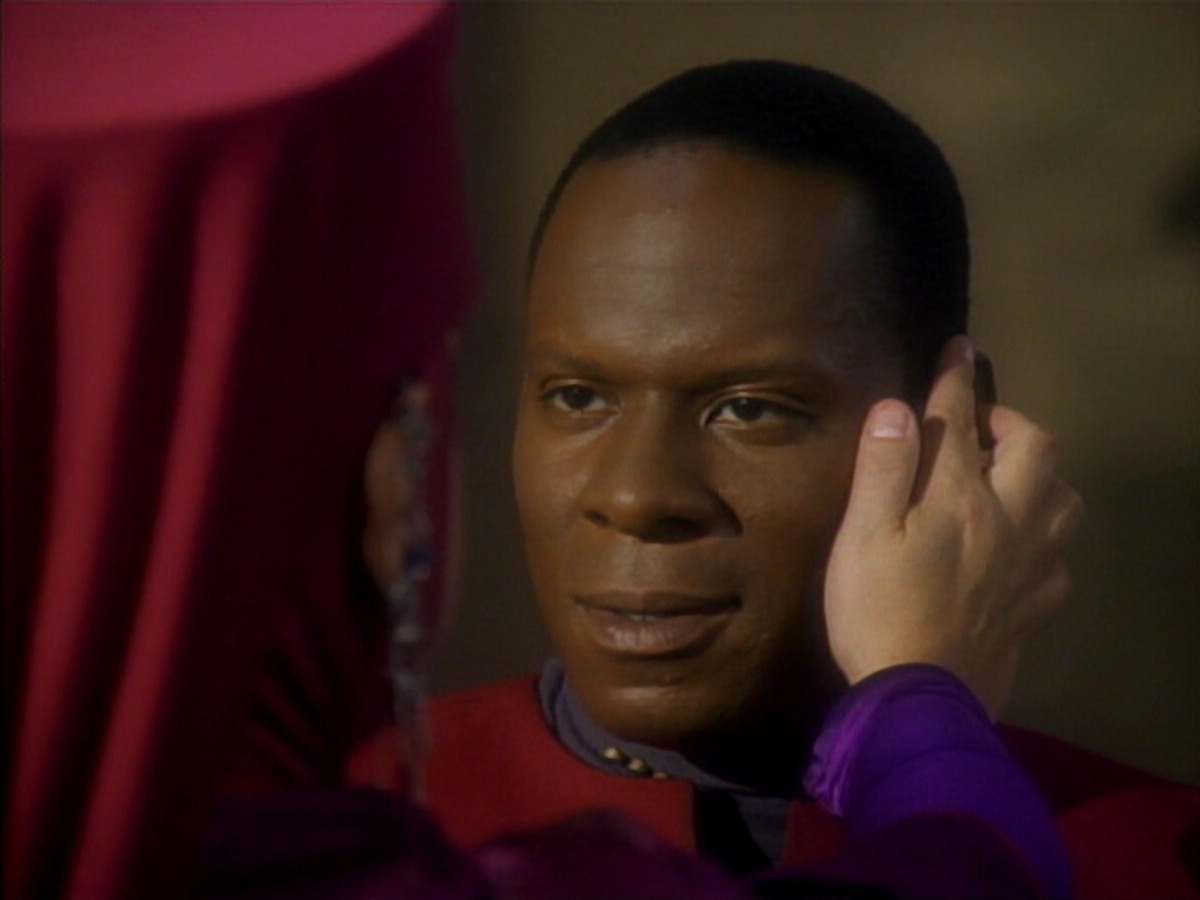 Back to the Plot

We started by talking about the story of “Emissary” but not really why the story is so good as a pilot episode specifically. Think about what a pilot episode has to do: it needs to establish the setting, characters, and intention. And more than anything, a pilot episode must answer one simple question: why now?

The best science fiction has a timeless quality to it. People say Deep Space Nine is more relevant now than ever, but I disagree. I think Deep Space Nine is always relevant because it (and “Emissary in particular) deals with the essentials of human existence. Hope beyond grief. Community beyond chaos. And a chance at something more if only we reach out our hands toward one another and toward the future.

That’s “Emissary”. And that’s why it’s still the best ‘Star Trek’ pilot to ever do it.

Star Trek: Prodigy, "Supernova Part 2" and the Challenge of Endings 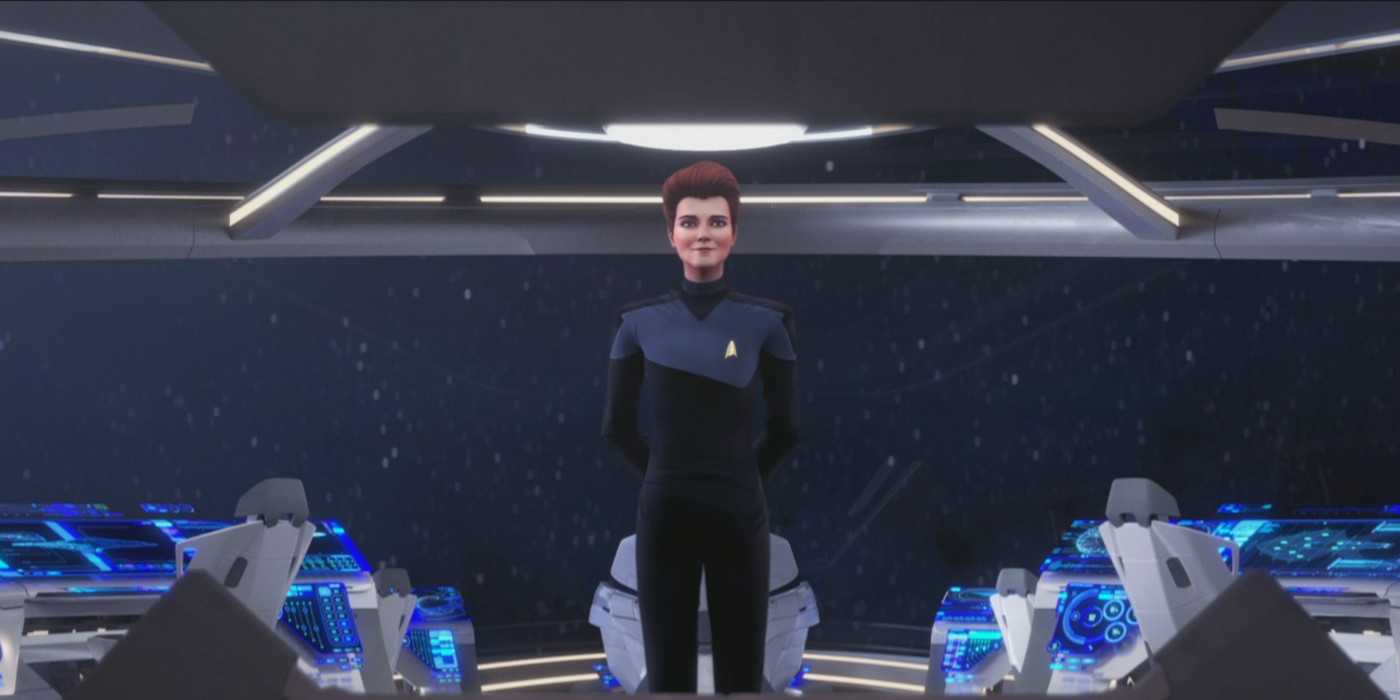