They’ll have to come through this titanic Golem to defeat Enayla Cosplays’ Asura!

Cosplay has the ability to wow its viewers with the sheer force of creativity. Being a site that heavily features systems like Warhammer 40k, we see our fair share of gigantic cosplay builds. It is always fascinating to see what cosplayers can come up with when they build Space Marine armor or giant robots. Today’s videogame characters pop off the screen in these builds by Enayla Cosplay.

Enayla Cosplay is a creator known for her vibrant colors, textures, and attention to detail. She has many cosplays that are so screen accurate they could be mistaken for the original character. With her eye for whimsy and color, it should be no surprise she tackled such an ambitious project. We sat down with Enayla and asked her about her construction process for this gorgeous cosplay. Today you get to learn all her secrets!

Asura are a race of tiny gnome-like creatures from Guild Wars 2.  Highly educated and technically-minded, they make up for their size by building giant mech robots (golems) to fight alongside.  I love their lore (and their look) and had wanted to make an Asura cosplay, but unfortunately I’m not two feet tall…so I built a golem to give it scale!  It stands about 9.5 feet and is one of my favorite creations to date.

As with any large project, my golem started off on paper.  I spent a long time examining references, sketching, and generally wrapping my brain around how all of the pieces would fit together.  Because this was such a large build, it was important to choose fairly inexpensive and lightweight materials, so I opted for EVA foam over a PVC pipe skeleton.

I constructed the main understructure first, from a giant roll of piping and connectors.  I used lightweight PVC for the non-load-bearing portions. Heavier pipe was used for the legs/feet so that they would support my weight. Originally, I intended to be able to walk around in the golem. It ended up being too unwieldy, so I settled for climbing up and posing inside it.

I patterned the outer skin just as I would pattern a sewn garment, by ‘draping’ paper on my structure and drawing in details and seamlines. Once I was satisfied with the paper pattern, I transferred it to EVA foam sheets and started constructing the outer layers.

I added finer details with 2mm craft foam for all of the tiny raised portions, which I adhered with superglue (I had to resist the urge to stop here and leave the golem rainbow-colored!).  I used velcro strips to attach all of the foam pieces together while still being able to split them for travel.

Next, it was on to priming the foam in preparation for painting.  For this, I used about 40 cans of plastidip, a spray rubber, which creates a smooth surface and prevents paint from soaking into the foam.  Plastidip is very toxic to breathe, so I primed outside while wearing a respirator.

The golem is covered in glowing blue gems, which I cast from dyed resin (paint trays made perfect molds for this step!).  I embedded LED lights into the resin before it hardened so that the gems would glow from within, and wired it all up to a battery hidden in the body of the golem.

Finally, I got to painting.  I painted the entire golem by hand using a mixture of matte and metallic acrylic paints.  I started off with a base color, added gradients and shading, and finished off with drybrushing for that worn metal look.

Where to Find Enayla Cosplay

Author: Jennifer Larsen
Jennifer aka "Mayhem's Muse" is the Cosplay Editor for BoLS and manages Ad Sales and Communications. Her cosplay awards include the RTX Judge's Choice Award and Dragon's Lair Austin's Cosplay Symposium. Jennifer has been a Cosplay Guest Judge at RTX, Tacticon and Genghis Con in Colorado. She regularly attends conventions to cover cosplay for BoLS. Her cosplay work has been featured in publications such as Girls Who Love Monsters, Geek Fuel, and Renaissance Magazine. Jennifer has modeled in the Her Universe Fashion Show, Precision Camera's yearly Precision Camera University, and has taught several workshops for photographers about partnering with cosplayers and creative muses/models. Jennifer is a lifelong enthusiast of retro video games and loves Dungeons & Dragons, urban fantasy, tabletop games, VR technology, and historical archery. She has set National Records through USA Archery’s Traditional Division for Asiatic Bows and earned 4th Place in the World Nomad Games in Kyrgyzstan in 2018 for Women’s Korean Archery. Jennifer is currently studying for her Masters's Degree in Organizational Leadership.
Advertisement
Action Adventure Cosplay Cosplay Guide Robots Video Games
Advertisement 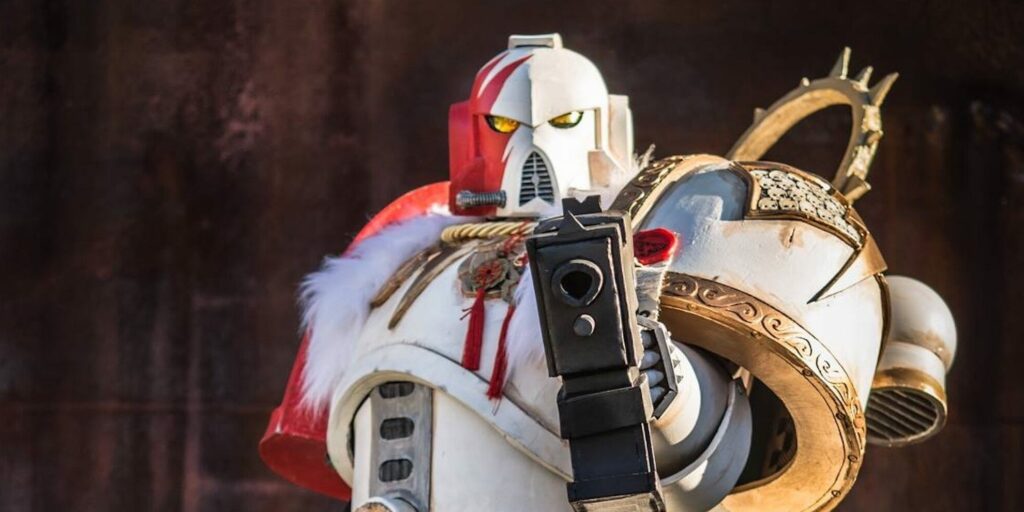